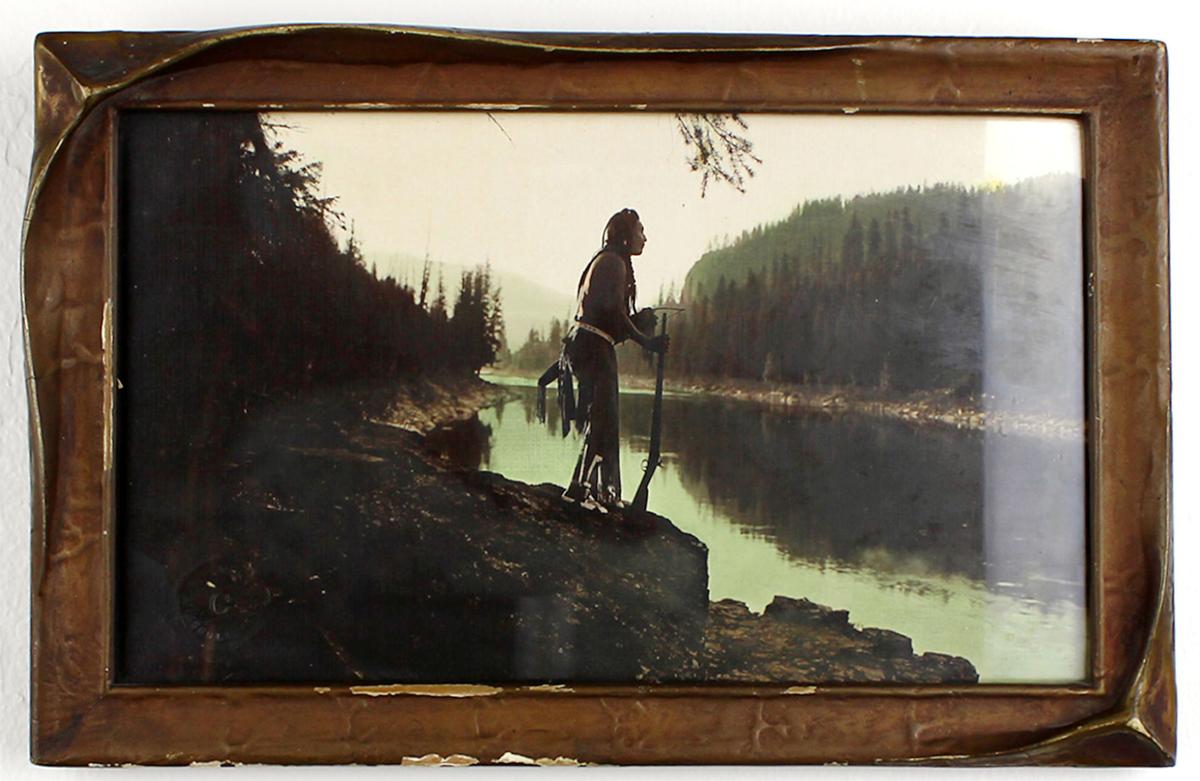 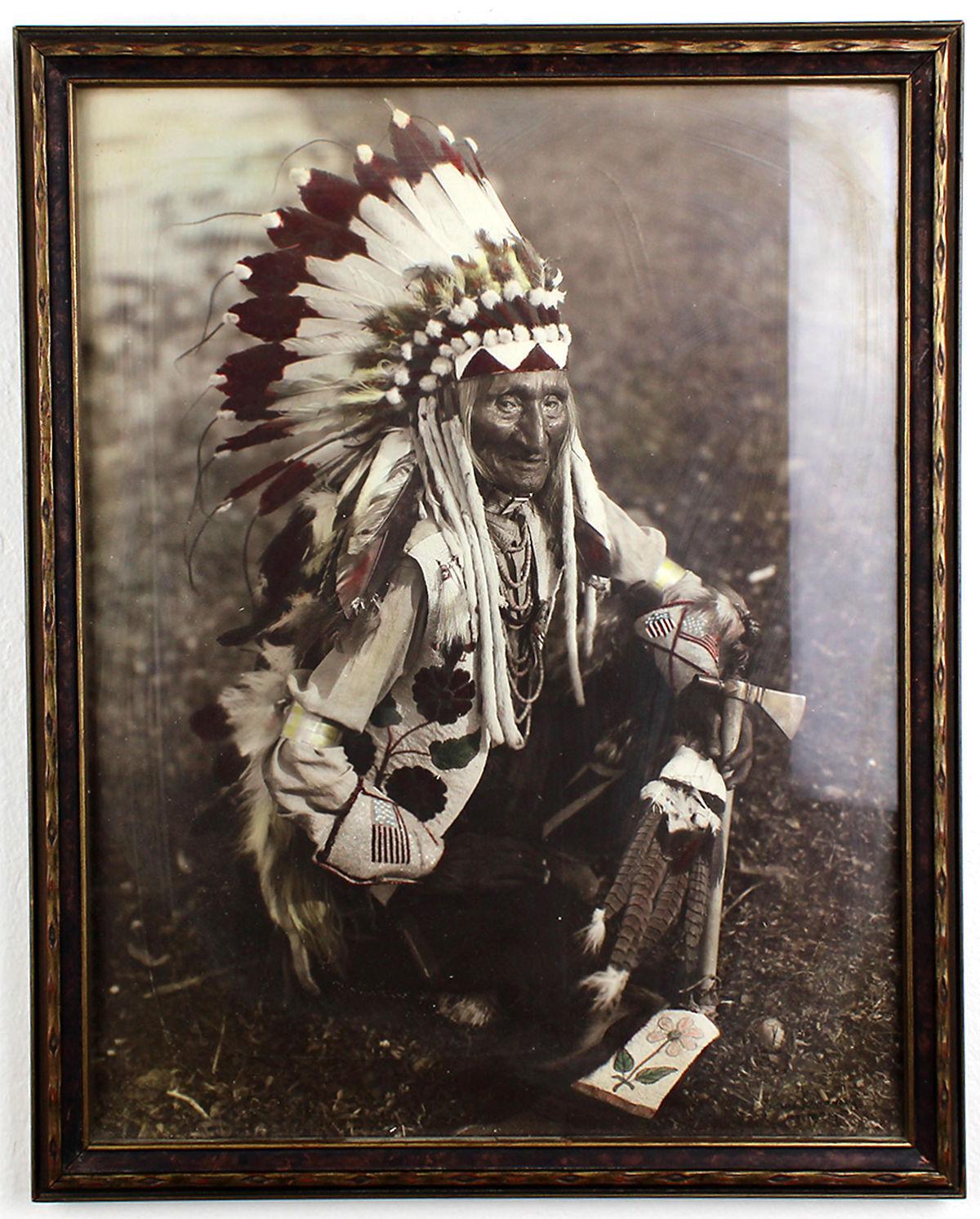 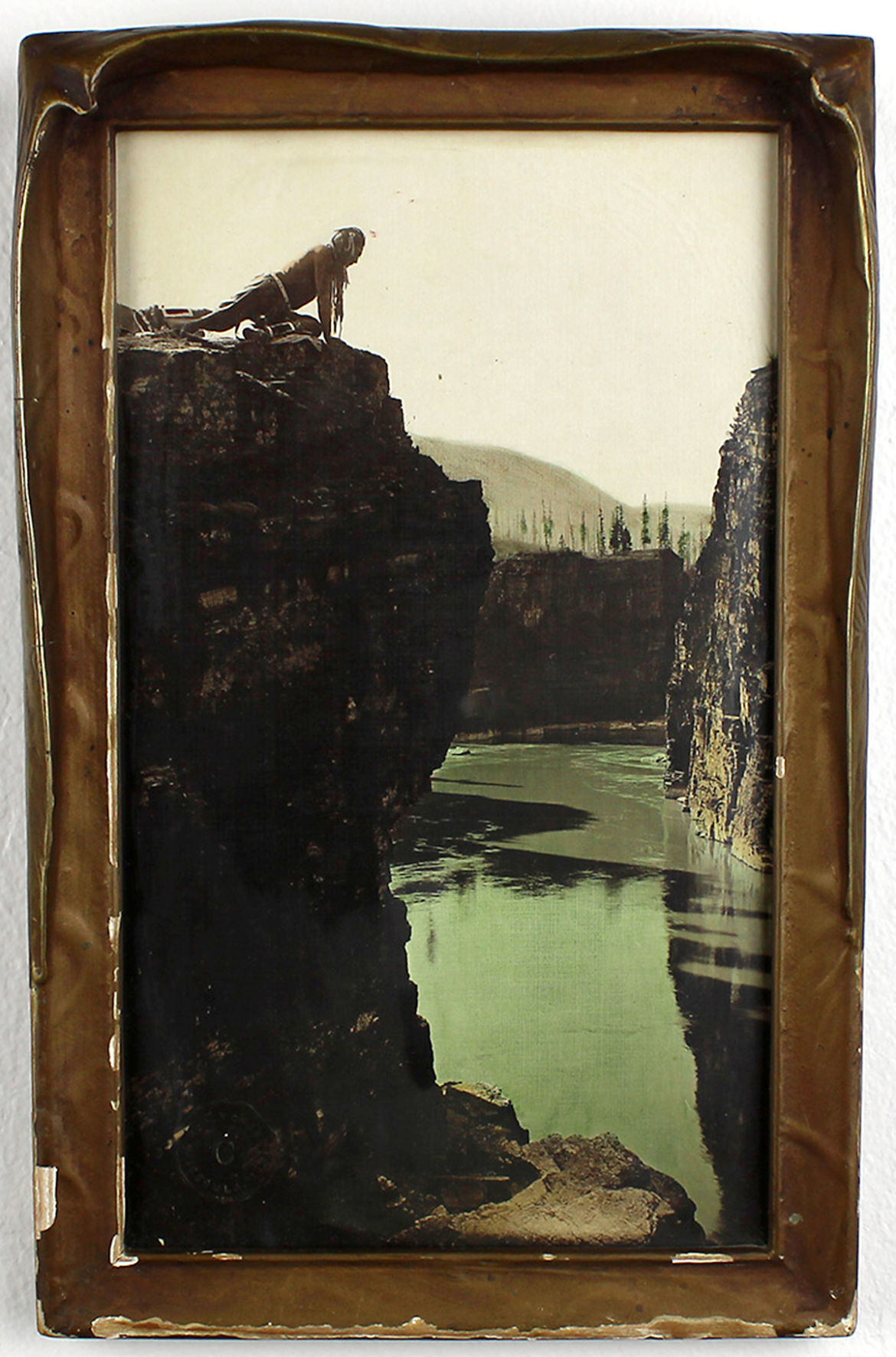 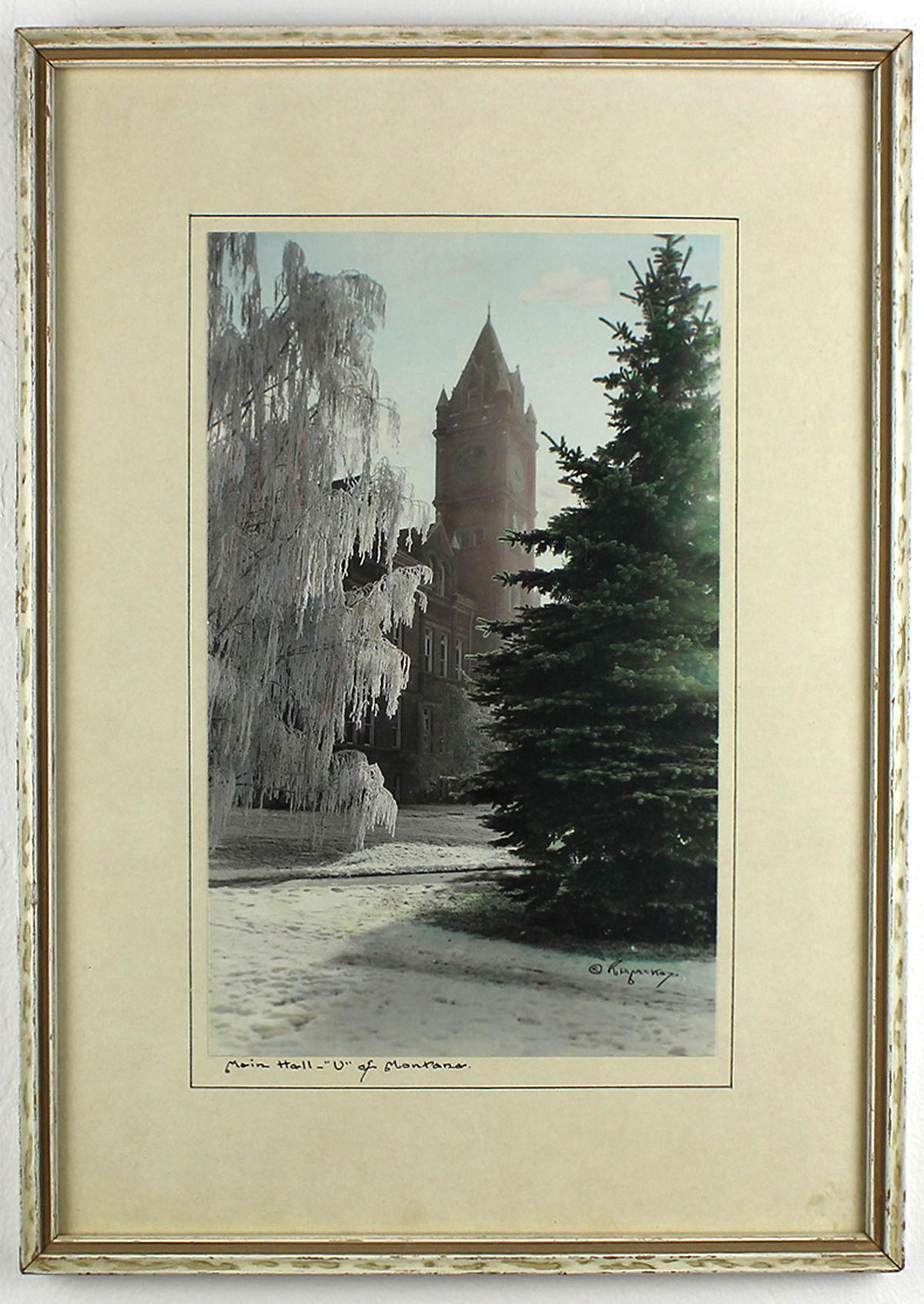 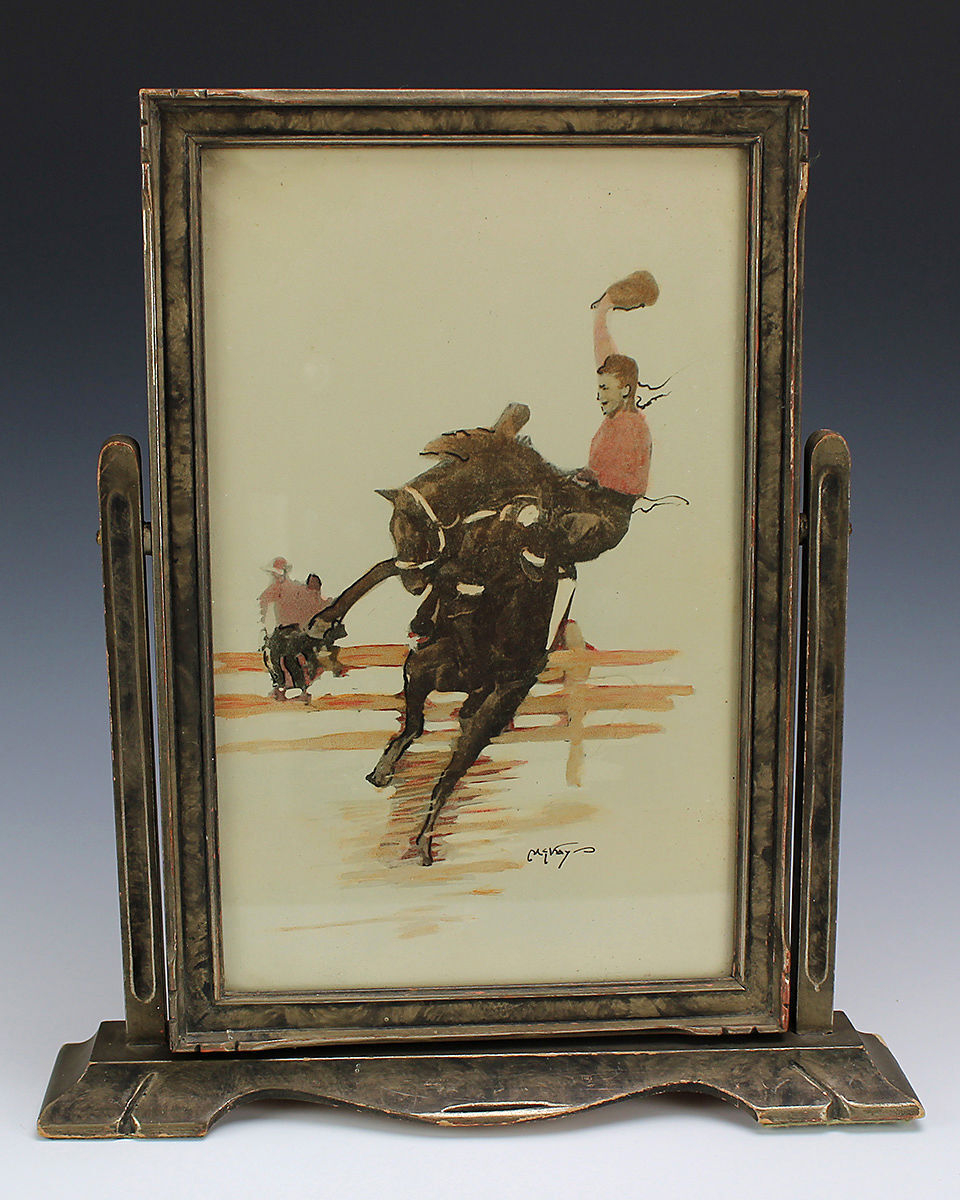 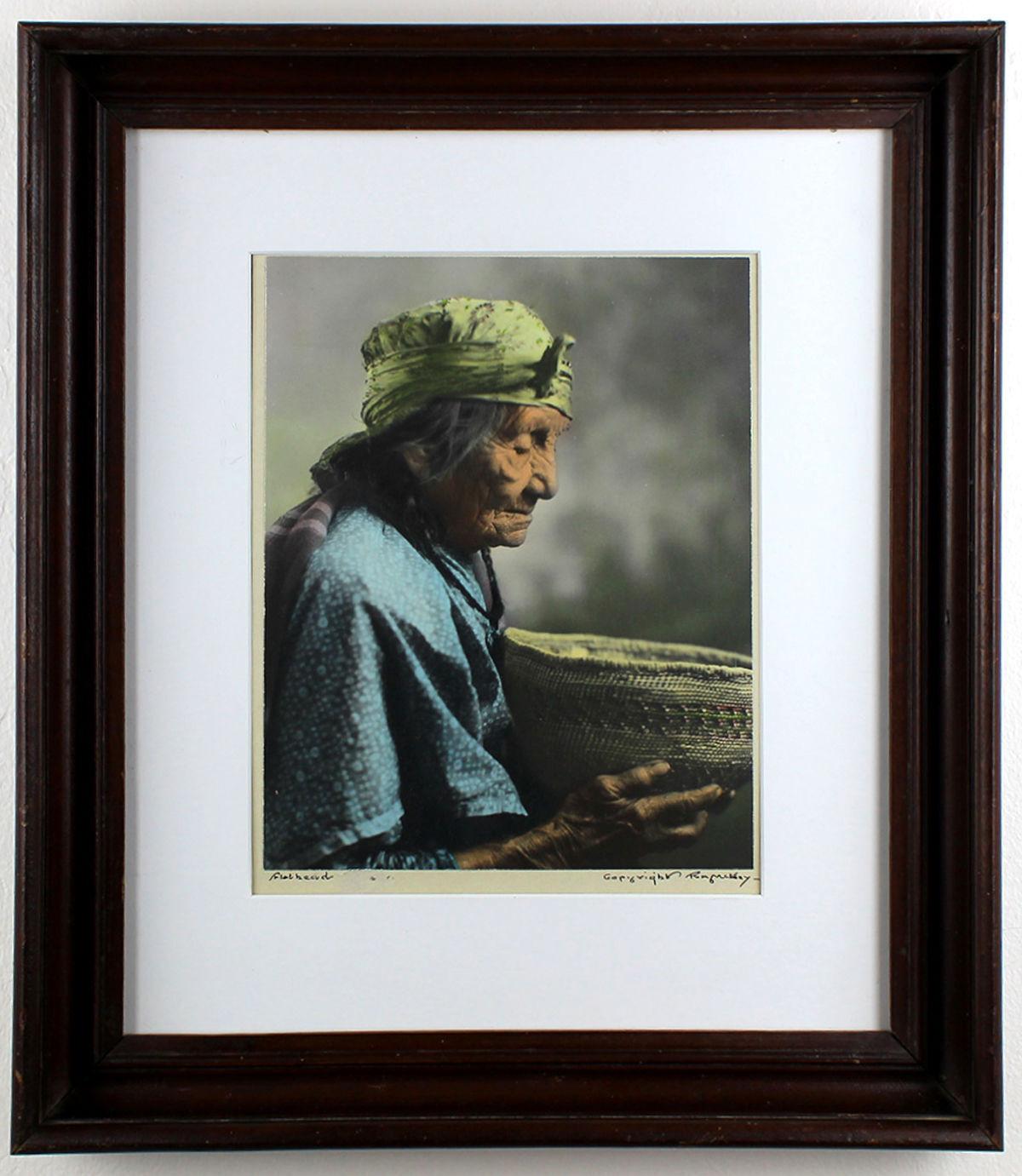 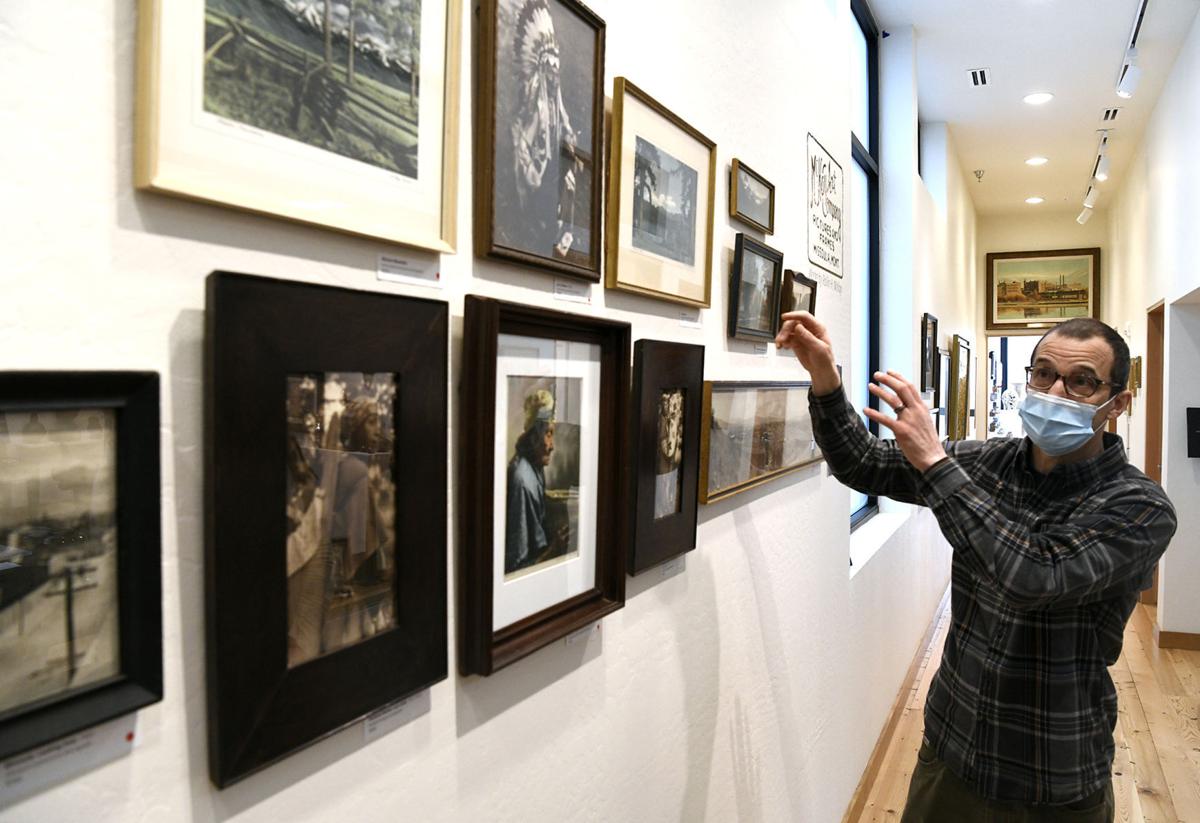 Brian Sippy, owner of Relic Gallery, talks about the photographs by Rollin H. McKay featured in a show at the gallery. McKay owned a camera and photography store in Missoula in the early 1900s, and also photographed scenes of Missoula, western Montana, and of the Native Salish people. 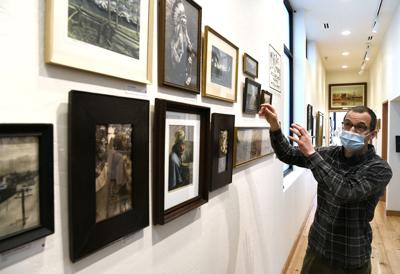 The skyline on the 100 block of North Higgins Avenue has gotten taller and sleeker, yet some of the handiwork of an original inhabitant of 120 N. Higgins Avenue is on display.

Before it was the new Radius Gallery, and before it was Uptown Diner, it was McKay Art Co.

Proprietor Rollin H. McKay sold cameras, developed film, printed photos, enlarged them, and framed them. “He did it all,” said Michelle Louis, director of the Relic Gallery upstairs.

Besides selling his wares, he was a photographer himself, who experimented with different forms as the technology developed — postcards, black-and-white images, early panoramic photos, hand-colored silver-prints, and more. He documented the landscape and people, including Salish Indians.

“We thought that story was worth telling, before too much time got under our belt,” said Brian Sippy. He’s the owner of the 120 N. Higgins Ave. building, the brand new structure that went up in early 2020, and is home to the Radius, his Art Vault storage business, and the Allez! mural project on the south side facing the Merc.

He and national expert appraiser Tim Gordon opened another gallery in the building, Relic, which specializes in fine art and antiques, sometimes oddities. If you visit right now, you can see everything from a coffee-table-sized preserved Crustacean to vases by Montana pioneers Frances Sensca and Pablo Picasso.

To pay tribute to the art-centric building’s roots, they reached out through their channels to put together a small show of McKay prints. With the historic angle, Louis researched the images, from the subjects down to his frames. (There’s a graphic to help you identify his handiwork if you think you have one.)

The earliest photos date to 1908, after McKay, originally a trained barber, moved from Oregon to Missoula and began shooting, Louis said.

The earliest of his work were postcards — a wrecked train for instance, or a road up above the Clark Fork River. They were fairly documentary, Sippy said.

Then in 1911, he went into business — first at the corner of Main and Higgins, and then to 120 N. Higgins. He worked his way up to the photography post at the University of Montana, where his images are stored at the Mansfield Library.

The pictures run all the way up to 1942 — he retired in 1946. They’re hanging in the frames the gallery received them in — distinctive older ones, such as a “piecrust” with a wavy, decorative ridge line. One Grant Creek resident, in her 90s, proudly brought in a picture, “Sam Resurrection with Rifle, (1912-1925), in the original frame she’d bought it in, at McKay’s shop.

McKay also photographed Indigenous people in the area in traditional garb, part of the trend of ethnography at the time.

“Along with the ancestral sense of place were these pictures and the question of potential exploitative nature or propaganda nature of them or not,” Sippy said, and they “felt was so important about the show.”

One of his friends was Sam Resurrection (1857-1941), a Bitterroot Salish elder who got his last name after he recovered from a coma at age 9. He opposed the Hell Gate Treaty of 1855 and was active in advocating for tribal rights. He and McKay went up into the Rattlesnake together, Sippy said, packing in all their gear, outfits, lunch and more to re-create a traditional-looking scene.

Another subject was Salish Chief Joe LaMoose (1846-1931), who was photographed by McKay and many others, according to their research. He lived in the Bitterroot Valley until 1890 until the move north to what’s now the Flathead Indian Reservation.

Like anyone with a car and camera, he loved a road trip. (One of his old newspaper ads entices the reader to “keep your vacation with a Kodak.”)

According to a 1983 article in the Great Falls Tribune, “his first darkroom was a tent alongside the fast-flowing Clark Fork River. And that’s where he washed his first finished prints — in the river.”

The gallery also has on display one of his cameras — one of the small ones. The Tribune article notes, “[a] common sight was McKay and his Maxwell touring car roaming country roads and lanes or meandering across meadows … or McKay, sometimes with a helper carrying his equipment, climbing rock river bands, hiking hills and forests … in quest of his pictorial subjects.”

An undated image in the Mansfield Library’s collection shows McKay in Glacier, in what appears to be John Muir’s idea of comfortable hiking clothes — brimmed hat, jacket, pants that are likely moisture-wicking but heat-trapping, and a heavy jacket, standing in front of a large format-camera on its tripod.

His trips including Glacier National Park are represented in the show by two photographs at Relic. One is a silver-print of the Garden Wall that he’s hand-tinted with a pleasing muted palette. Another is a lakeside view, titled only “Sunshine and Shadow” (circa 1920), a silver-print sepia. It’s what appears to be Going-to-the-Sun Mountain as seen from Saint Mary Lake.

More of his pit stops yielded a view of the Mission Mountains and Seeley Lake in the 1930s, both hand-colored.

Another spans the valley from the top of a building on the Hip Strip. You can see a billboard ad for 1922 film “On the Rocks,” showing at the Wilma.

He shot some panoramas of Missoula, including a classic vantage for modern panos — he hiked up Sentinel and shot the vista below, centered on the campus. It was naturally more difficult then. Once he did get all the gear up there, the process was more involved. According to Louis’ research, he used a technique “wherein the camera body traveled on a rail in a semi-circular motion, as the shutter was pressed.”

“He was definitely experimental for the time,” Sippy said.

R.H. McKay photographs are on view at the Relic Gallery, 120 N. Higgins Ave., upstairs from the Radius Gallery. The show is up through Feb. 27. Hours are Tuesday, Thursday, Friday, 11 a.m.-6p.m., Wednesday by appointment only, and Saturdays at 11 a.m.-3 p.m.

Go to 120nhiggins.com for more information.