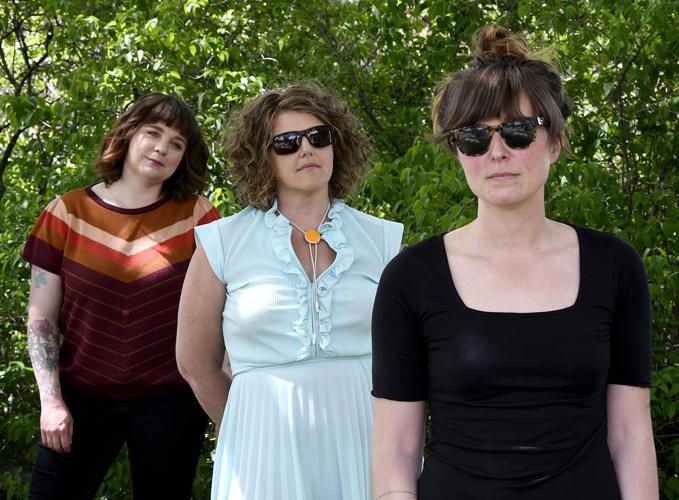 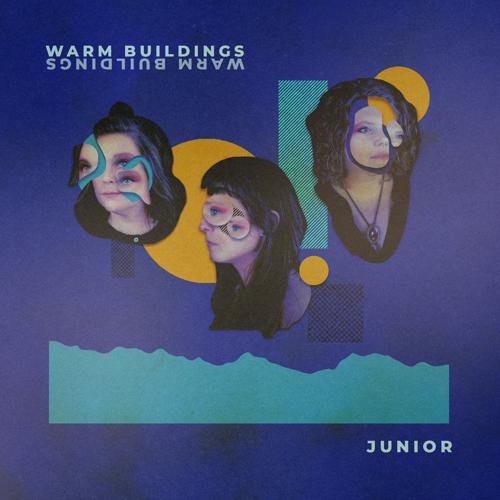 A song on “Warm Buildings,” the new album by Missoula trio Junior, touched a particularly close chord when they posted a video online last year. In “Goddamnit,” vocalist "Hermina Jean" Harold addresses someone isolating themself — “you have to speed into the dark, past where your headlights work,” someone who “has to leave other people.”

It isn’t about the pandemic in any bluntly obvious way, but when Harold sings lines about “moving from warm buildings to warm buildings,” anyone who lived in Missoula last winter and heard it could relate. The warmth, too, comes from the arrangements — when she repeatedly draws out the word, “goddamn” as though it were an expression of awe and sympathy, her collaborators Caroline Keys and Jenny "Lynn" Fawcett respond in harmonies like a chorus of agreement.

While the song spoke to the mood last year, listening to it now with the full album it feels free its own new context — eight tunes that prize harmonies and an air of collaboration.

It’s a relatively new group, but all three have played in Missoula bands for a long time. Harold, who plays guitar and drums, released a solo album, “Hot Grey,” in 2018 after co-leading other projects before. Fawcett, who sings and plays fiddle, is in Shahs, a difficult to pin down indie-rock project. Keys, who also teaches poetry in schools through the Missoula Writing Collaborative, has played in bands here going back several decades and whose ties feel deeply rooted in place. The title song from her album “Mean to Stay” (2017) is about trying to carve out a life in a place that you came to on a whim or a short-term prospect, which has always threaded through life in Missoula but even more so lately.

The group as a whole has this spirit of careful intention, and the album would’ve come out much sooner if it weren’t for the pandemic — since COVID, the group has largely chosen to avoid traditional shows, and only after those became safe to do. They performed a livestream from the Radius Gallery early on in the pandemic that remains among the most affecting virtual get-togethers. A recent traditional show was at the Bynum If You Got ‘Em, a do-it-yourself festival on the Rocky Mountain Front, in a field behind J.D.’s Wildlife Sanctuary.

Now, though, you can hear the songs in recorded form, where the folk and country-based songwriting are outfitted with arrangements that feel open to a calming degree and never cluttered. Listen to seemingly quiet songs a little louder and subtle touches shine, like the introduction to “Goddamnit” in which the spacious finger-picked electric guitar is accented with light plinking sounds, like signs of life inside the structures she’s singing about.

“Quiet,” where Fawcett takes lead, transitions from the chorus “quiet down,” into a salve-like interlude for fiddle and pedal steel. While the latter instrument is so difficult to learn that not many people do in Montana, they found a total ringer in Eric Heywood, a Butte transplant who’s played with the Pretenders, Son Volt, Ray LaMontagne, Hayes Carll and more. His silvery slide work is given a central place on “Midnight Summer,” a song by Keys that sketches a scene of a late-night at Charlie B's, more interested in character details than carousing. Her song, “Woman of the Woods,” shifts the mood partway through, stirring up an anthem to independence (and rejoinder to Justin Timberlake’s “outdoorsy” album, “Man of the Woods.” )

It’s followed immediately by Jean’s “More,” which longs for just that (“what I should I have done, is build my own world,” and a “wish to see through me.”) The closing section, where all three sing “I want more” under Heywood, keeps pushing further as though it’s within reach.

The crisp sound is courtesy of a trip to record the album in Astoria, Oregon, back in January 2020, at a studio called Rope Room with engineer Kati Claborn of Blind Pilot. Other contributors include members of Blind Pilot and Richmond Fontaine. Megan Toenyes, a Missoula artist of many mediums, designed the cover, as she did for Lydia Loveless’ record, “Daughter.”

The layers of local ties, whether in the cover art or the lyrics, build up, to make for a record that feels like western Montana — fitting in at a coffee shop, a gallery, or a stage in a field on the Rocky Mountain Front. Steve Glueckert, the retired curator at the Missoula Art Museum, once said that contemporary art isn’t something that happens in faraway places and local creators have the power to speak to you about life in Montana here and now. “Warm Buildings” is that kind of album.

Junior’s album “Warm Buildings” is available on streaming services, artist-friendly Bandcamp, and on CD. They’re having an album release show on Thursday, Sept. 30, at 6 p.m. at Love Boat Paddle Co. They’ll play the album in its entirety. They asked folks to wear masks.