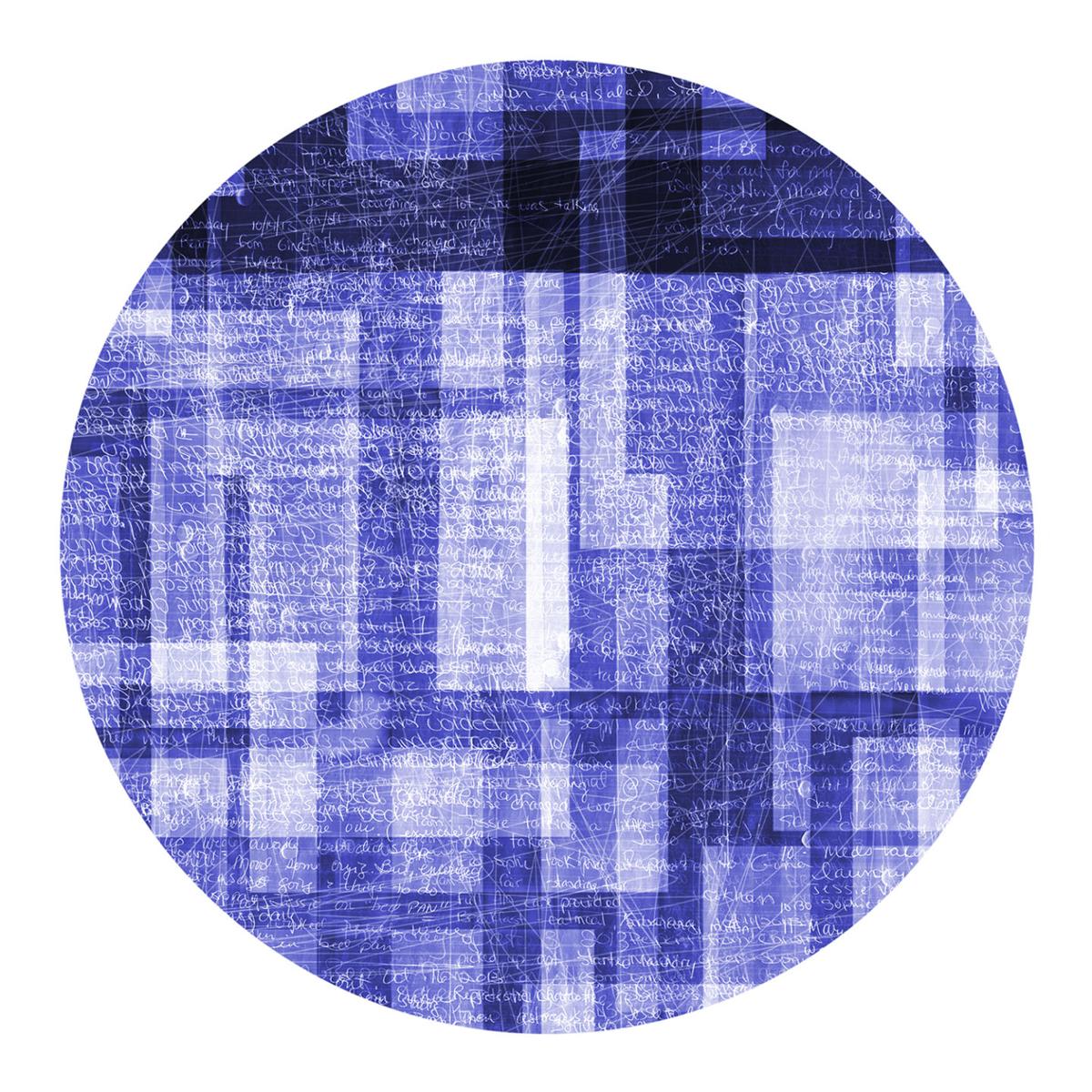 Elizabeth Stone's series is based on handwritten notes from caregivers who looked over her mother during her final months suffering from Parkinson's disease and dementia. Above: "October 2013" (archival pigment print, 15.5 by 16 inches). 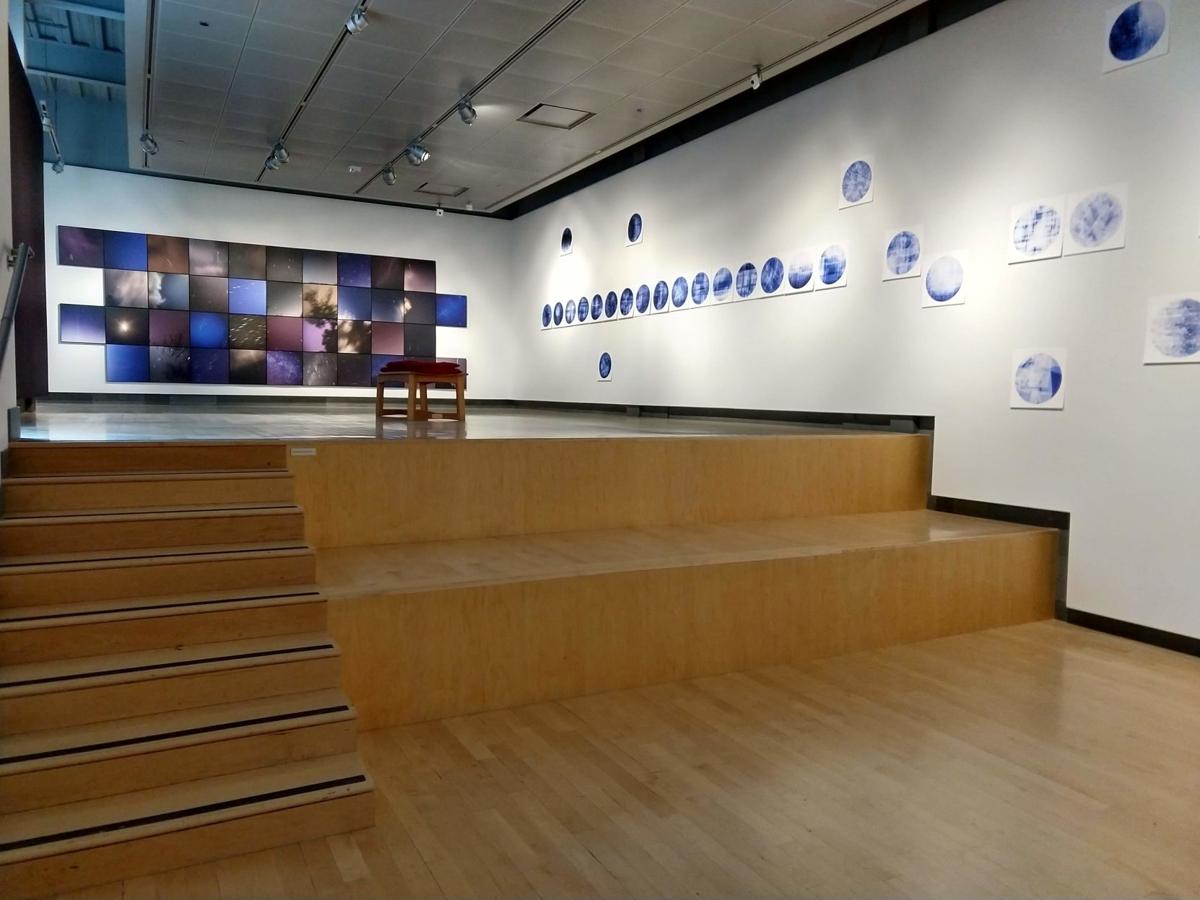 The artists' work is installed in the MAM, but closed off from public view until the state lifts restrictions on non-essential businesses to help slow the spread of COVID-19. 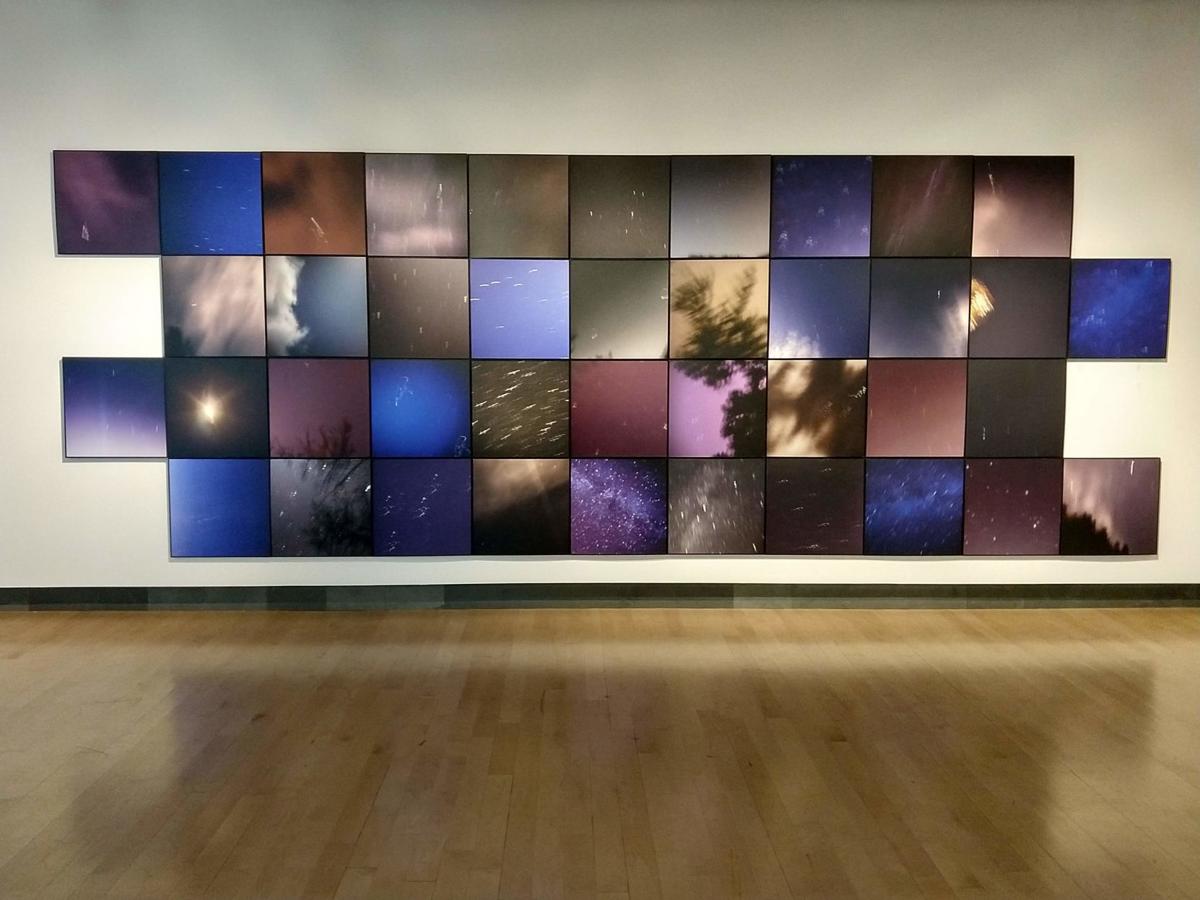 Linda Alterwitz's photographs are part of an ongoing series. She asks her subject to lie down on the ground and sets a camera on their chest. They breathe for 30 seconds while a long exposure image is shot, creating unique lines as their breathing moves the camera.

Elizabeth Stone's series is based on handwritten notes from caregivers who looked over her mother during her final months suffering from Parkinson's disease and dementia. Above: "October 2013" (archival pigment print, 15.5 by 16 inches).

The artists' work is installed in the MAM, but closed off from public view until the state lifts restrictions on non-essential businesses to help slow the spread of COVID-19.

Linda Alterwitz's photographs are part of an ongoing series. She asks her subject to lie down on the ground and sets a camera on their chest. They breathe for 30 seconds while a long exposure image is shot, creating unique lines as their breathing moves the camera.

Artists' photographs designed to stir thoughts of the breath, a centering activity central to our lives; and the progression of time; and the moon, a physical and psychological influence, seem like a calming activity at a frenzied time.

The reason for the anxiety — the spread of COVID-19 — is the same reason that you can't go see the installation at the Missoula Art Museum, which is closed to the public to prevent people from potentially exposing one another to disease.

To help provide audiences a view inside in a safe manner, the MAM tested a new format on April 4, a First Friday when all venues for the arts in downtown Missoula are closed. Via a video conferencing set-up, they invited people to hear artists Linda Alterwitz and Elizabeth Stone discuss their contemplative and metaphor-laden joint show, "Earthbound: 40 Seconds to 30 Moons."

The talk was interspersed with images of the gallery, now inaccessible but optimistically filled with their work until the end of July, in case health restrictions are lifted and viewers are able to see it in person. While the show won't ever look the same on a screen, the imagery and dialogue were a local tie at a time that people are home with a bounty of content from streaming services.

The artists' photos are arranged across large walls in the MAM's Aresty Gallery, a long, narrow space, where the images have space to breathe. From their home spaces in different states, the two artists/friends took turns explaining their work, which was made separately but shares ideas, forms and a basis in science.

Alterwitz, a Las Vegas-based painter who segued into photography, produced a series of images based on breathing. From a distance, her grid of photos read as an abstract colorful grid, one that takes on more meaning as she explains their process.

Her long-running series began as a mistake, she explains. She and her husband were on vacation in the Dominican Republic, and went to the beach one night. She set her camera on a long exposure into the sand pointed toward the waves, and it slipped and instead caught the movement of the stars. So she put it on her husband's chest, pointed toward the night sky, and asked him to breathe for 30 seconds.

"I knew I had something there, and it wasn't just about one person," she said.

Collectively, they represent a continuum and collection of people's experiences, she said. She asks subjects to think about their place or peace, or sanctuary. They might drive several hours if need be to shoot on site. The resulting images range from purple to blue, she explained, and the points of interest are often short white lines created by the stars, always unique to the place and person — even their depth of breathing "draws" an individual image like handwriting, so much so that she's shot more than 200 and has no plans to stop.

"I know that the many portraits together mean more than just one alone," she said.

Stone, who works out of Greenough, also utilizes photography and in a different way, the body. Her images — circles that progress from deep blue toward white, filled with hard-edged geometric patterns — are based on photographs of caregivers' notebooks. Her mother suffered from Parkinson's disease and dementia, and the handwriting records observations they made during the last 40 days of her life.

Stone shot 3,200 photos and manipulated them in Photoshop for the final series, which progresses toward lightness.

"It really is my belief and my hope that as we near the end of our life that we become more clear. That we lose things that are not important to us. That we let go of extra stuff, and so it was really my hope for mom that she was able to be very clear and obtain a level of clarity at the end," she said, adding that she was grateful to be there with her mother in upstate New York during the final two weeks.

Alterwitz suggested the idea of the moon, and Stone interpolated ideas from Carl Sagan's book, "Tiny Blue Dot," and notions about interconnectivity between humans and the planet and the universe.

The notions of connection were calming to hear in a moment when in-person connection is discouraged entirely, which Senior Curator Brandon Reintjes mentioned in his introduction.

"We really tried to think of ways to bring the conversation directly to you in your homes and living rooms and share this wonderful installation that we're so proud of," Reintjes said. He thanked them for their "flexibility and bravery in experimenting with this new format and really allowing MAM to share their work in this way, which can be scary and unusual."

Audiences seemed to respond. About 40 people logged in at 6 p.m. on a Friday, and more than 500 have people viewed it since then, according to Carey Powers, the MAM's marketing and membership coordinator. It was short and engaging, she said, with minimal technical difficulties associated with the society-wide transition to video conferencing.

She said they plan on doing more, so that the MAM can be accessible when it's not physically open.

The Missoula Art Museum's virtual art talk for "Earthbound: 40 Seconds to 30 Moons" can be viewed on the MAM's YouTube channel.

Arts in Missoula: Roots Fest, printmakers, and a new play