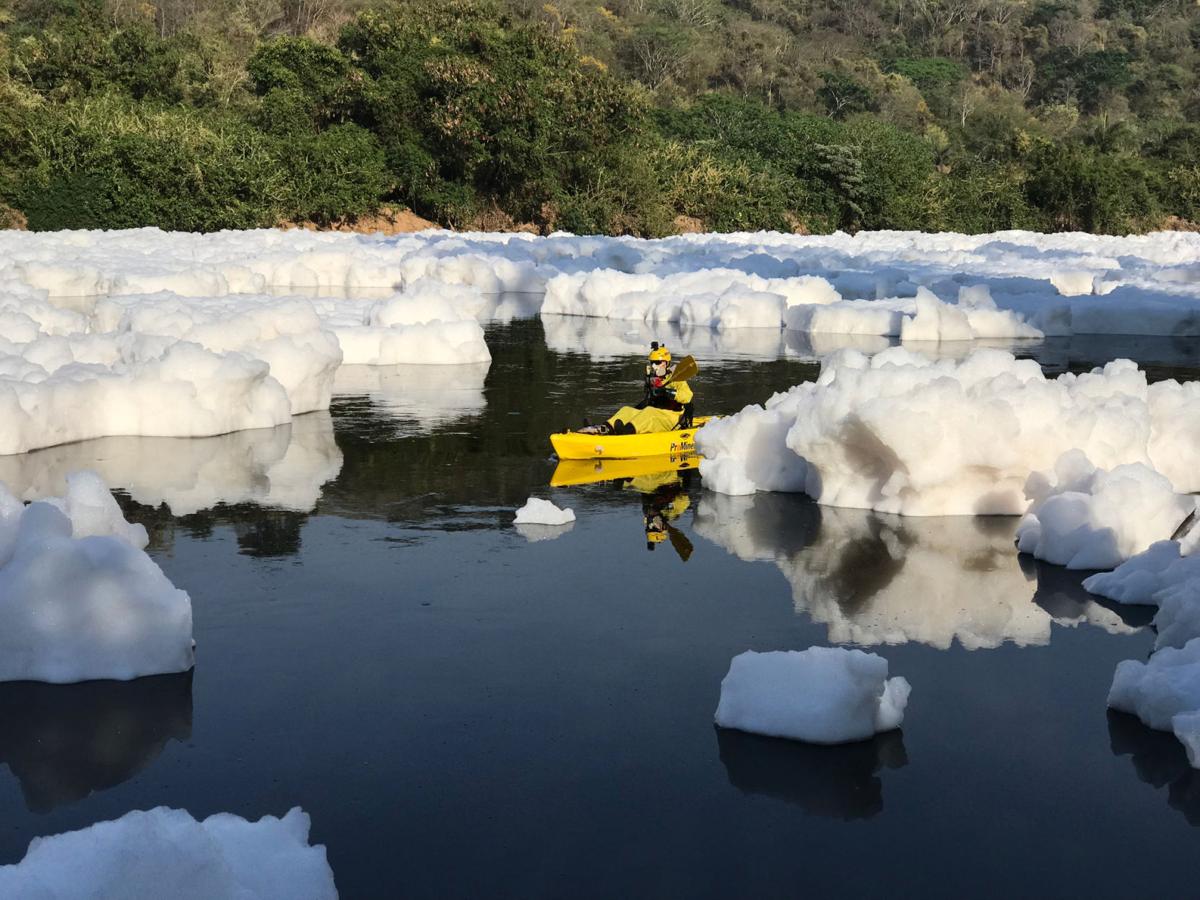 Scientist Dan Robson kayaks in the Rio Tiete river in Brazil to take water samples in "H20: The Molecule That Made Us." 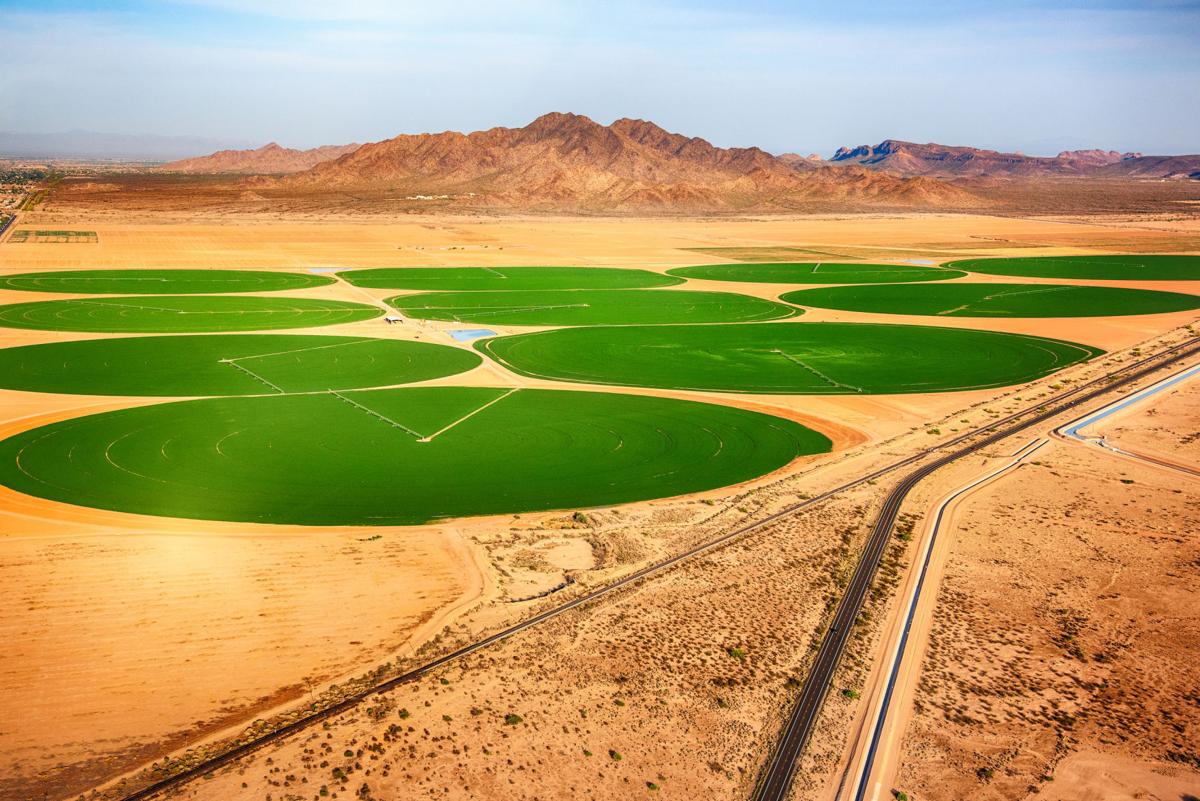 Circular fields of crops in the desert of Arizona just outside of Phoenix as seen from a helicopter in "H20: The Molecule That Made Us." 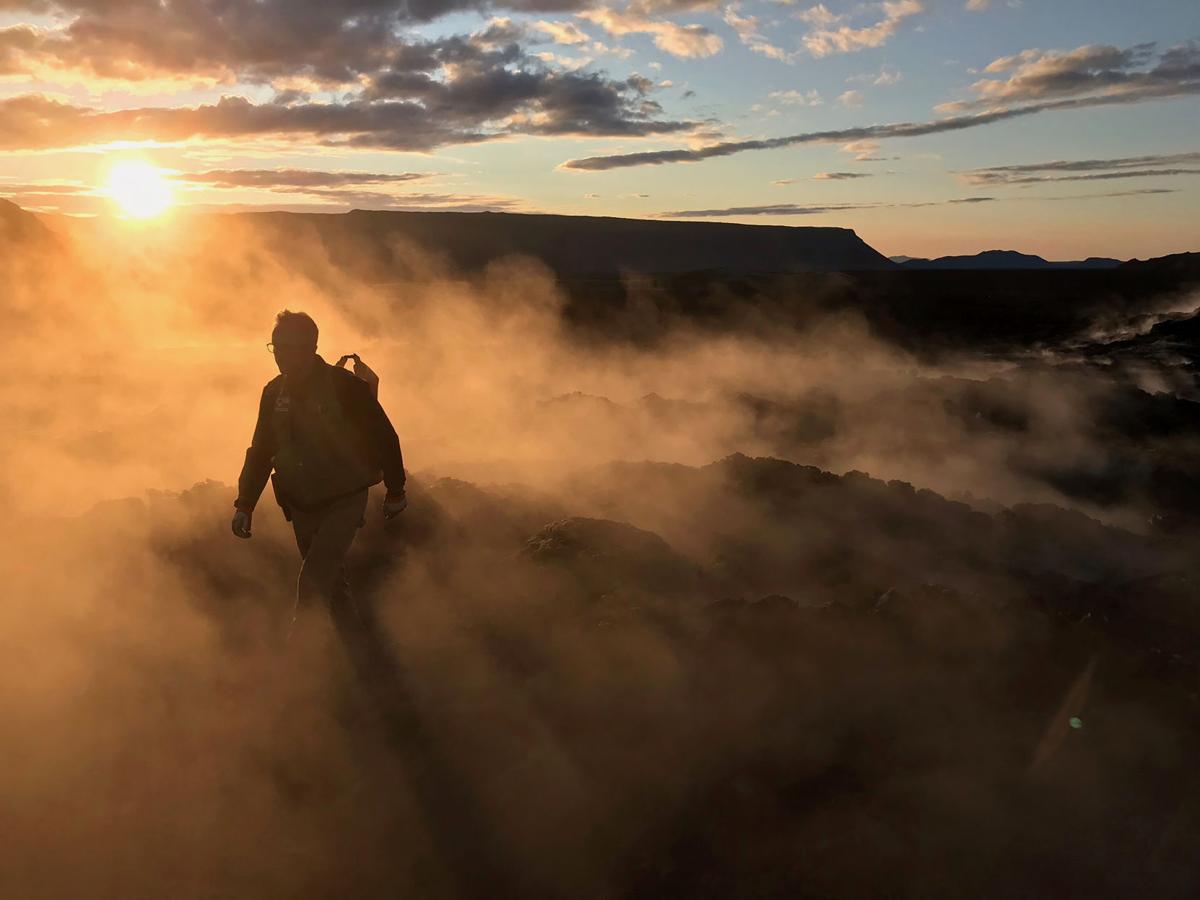 Geologist Stephen Mojzsis walks through Icelandic geysers in "H20: The Molecule That Made Us." 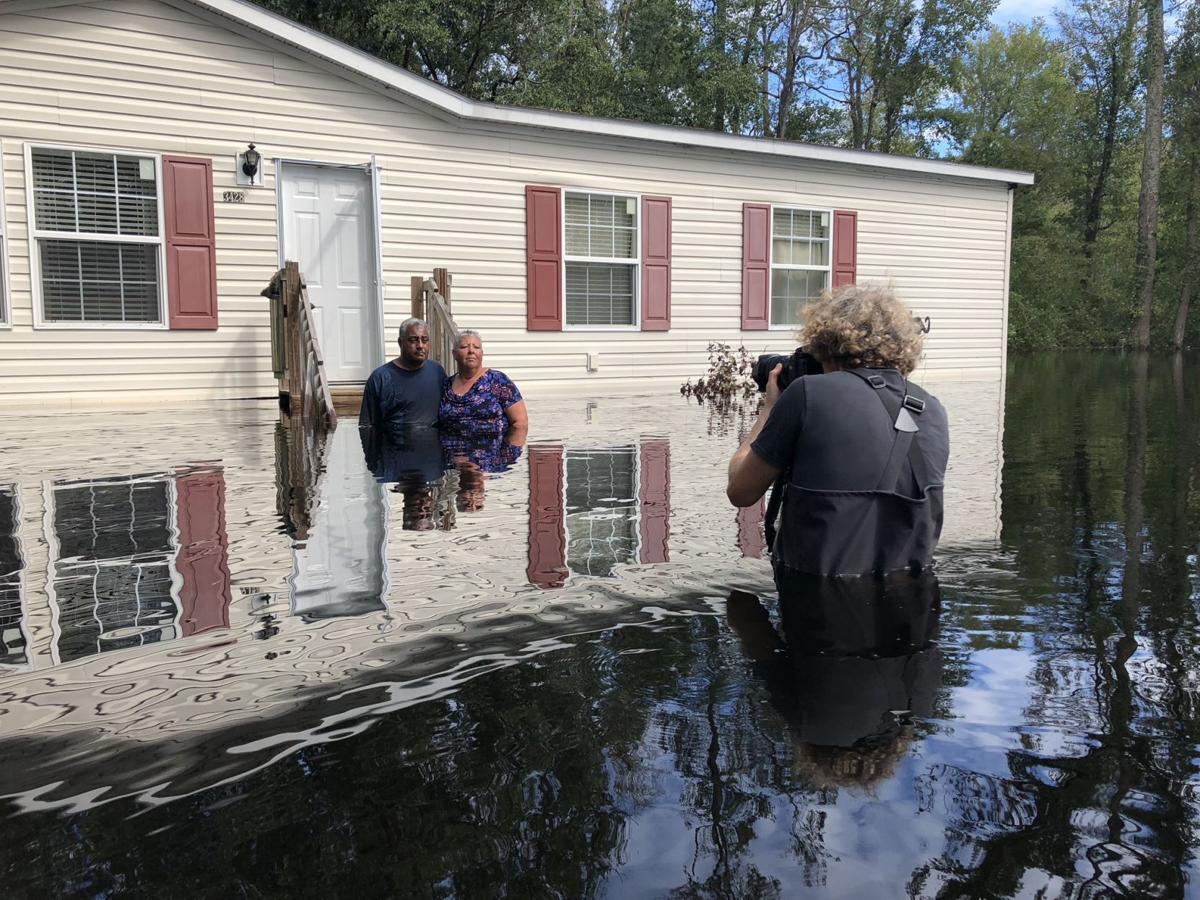 Scientist Dan Robson kayaks in the Rio Tiete river in Brazil to take water samples in "H20: The Molecule That Made Us."

Circular fields of crops in the desert of Arizona just outside of Phoenix as seen from a helicopter in "H20: The Molecule That Made Us."

Geologist Stephen Mojzsis walks through Icelandic geysers in "H20: The Molecule That Made Us."

Water has the power to transform a barren desert to a vibrant field of wildflowers, to flow in expansive sky rivers and to determine the fate of every living thing on earth.

“Probably because I use it every day, I take water for granted,” radio journalist Kelly McEvers said in the intro to the film “H20: The Molecule That Made Us,” which is one of this year’s International Wildlife Film Festival finalists.

The first episode in the three-part series will begin streaming on Saturday, April 24, through the festival’s website. It first showed through PBS’s WGBH Boston about a year ago and has started to get picked up around the world, according to the film’s director Nicolas Brown.

The series explores the connection between life, water, nature, natural and human history and current affairs.

“We put a lot of ingredients in the pot and stirred it all up,” Brown said.

He said the biggest challenge of the film was balancing the different experiences people have with water depending on where they live. In some places people deal with flooding and in others they never have enough water at all. But he enjoyed that challenge and the perspective the film gave him on water in his own life.

“What a gift to have water on tap,” Brown said. “We get it piped to us and we take that for granted.”

Brown echoed the sentiments illustrated in the film: Water is everywhere, in everything and is intricately tied to life itself.

The first episode is called “Pulse” and dives into themes of water, life and nature. It takes on a subject that Brown was worried would be “dry” and turns it into an epic look at how this tiny molecule has shaped our world and how it's increasingly at risk.

“Water is, of course, a molecule, but it is in the most intense and intimate relationship with life that one can imagine,” geologist Steven Mojzsis said in the film.

The film uses grand footage of watery landscapes, intimate looks at the tiniest droplets of water, intense scores of music and a wide array of experts on the subject to draw the viewer in. Brown said he wanted to create a film that captures the wonder and marvel of water, not just the doom and gloom of climate change, and he did. While the film takes the subject of natural disasters and a changing climate seriously, it also illustrates how incredibly versatile and fascinating water is.

From Jill Farrant’s study of resurrection plants, which can transform from seemingly dead to vibrantly green with a bit of water; to the “fairy dust” that researcher Antonio Nobre said is released from the millions of Amazonian trees to create their own rain; to the dragonflies that biologist Charles Anderson explained spend a week traveling across the Indian Ocean atop the flow of sky rivers made of clouds, the film shows viewers a side of water that most people would never imagine.

Brown said Mars and Venus once had water, but they lost it. Water has been on Earth since the beginning of our planet, but it was the connection of life and the liquid molecule that made it last.

“One of the reasons we have hung onto it is because of life, which is a great, huge, deep mystery that if you think about it for a second it will take you to the same place that one goes when one thinks about the divine and God,” Brown said. “It’s an absolute miracle and that part of the story of water I don’t think ever gets old for me.”

The film also dives into the ways our changing climate threatens the “pulse” of water and life on earth, with droughts and forest fires destroying the forests that are integral to the cycle and threatening our ways of life. He said this subject isn’t just interesting, but it’s vital to talk about it.

“The pulse of water moving across the earth is the very thing keeping our planet alive, but that pulse is changing because of us and you don’t have to be a scientist to realize what’s at stake,” McEvers narrated near the end of the first episode.

Brown said that without hardly ever saying the words “climate change” in the film they still created a film that can be boiled down to that issue.

“The more we put off our water problems, the more likely we are to have very acute and severe causes,” he said.

“I think a growing sense of that awareness of the preciousness of [water] and the value of it is probably the most important thing that I’ve taken into my life,” Brown said. “And I hope that others do as well, [I hope they] value something that we have traditionally not valued and therefore respect it, share it, look after it, take care of it.”

Episodes two and three of “H20” explore human civilizations and history around our dependence on water and the current affairs of how water affects our society respectively.

The 44th annual International Wildlife Film Festival continues through May 15 with a new batch of movies coming online April 24. You can stream those at home by going to wildlifefilms.org. At the Roxy Garden, “Secrets of the Whales: Orca Dynasty” will screen on Thursday, April 29.

"H20: The Molecule That Made Us" opens for streaming on April 24. Go to wildlifefilms.org to buy a pass.