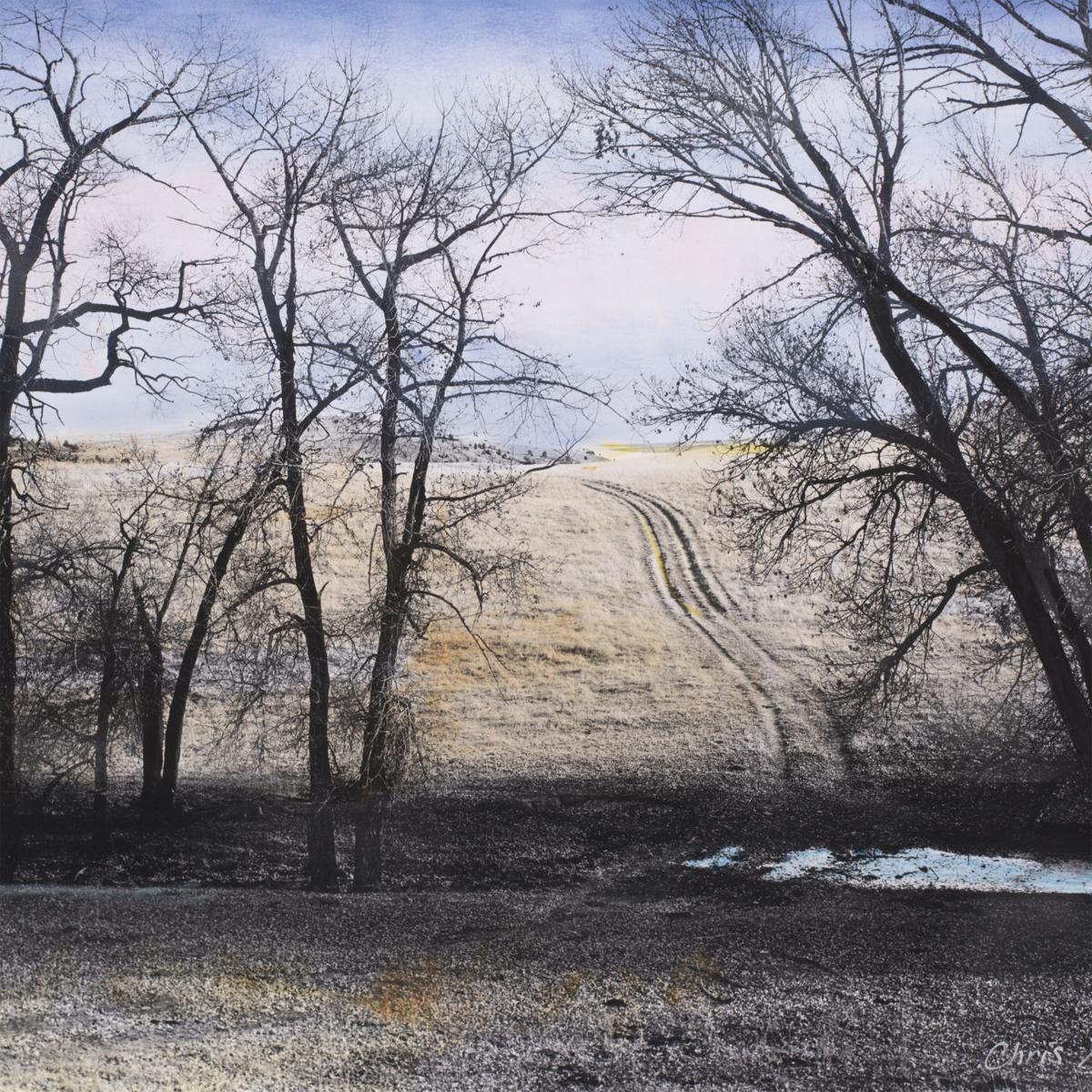 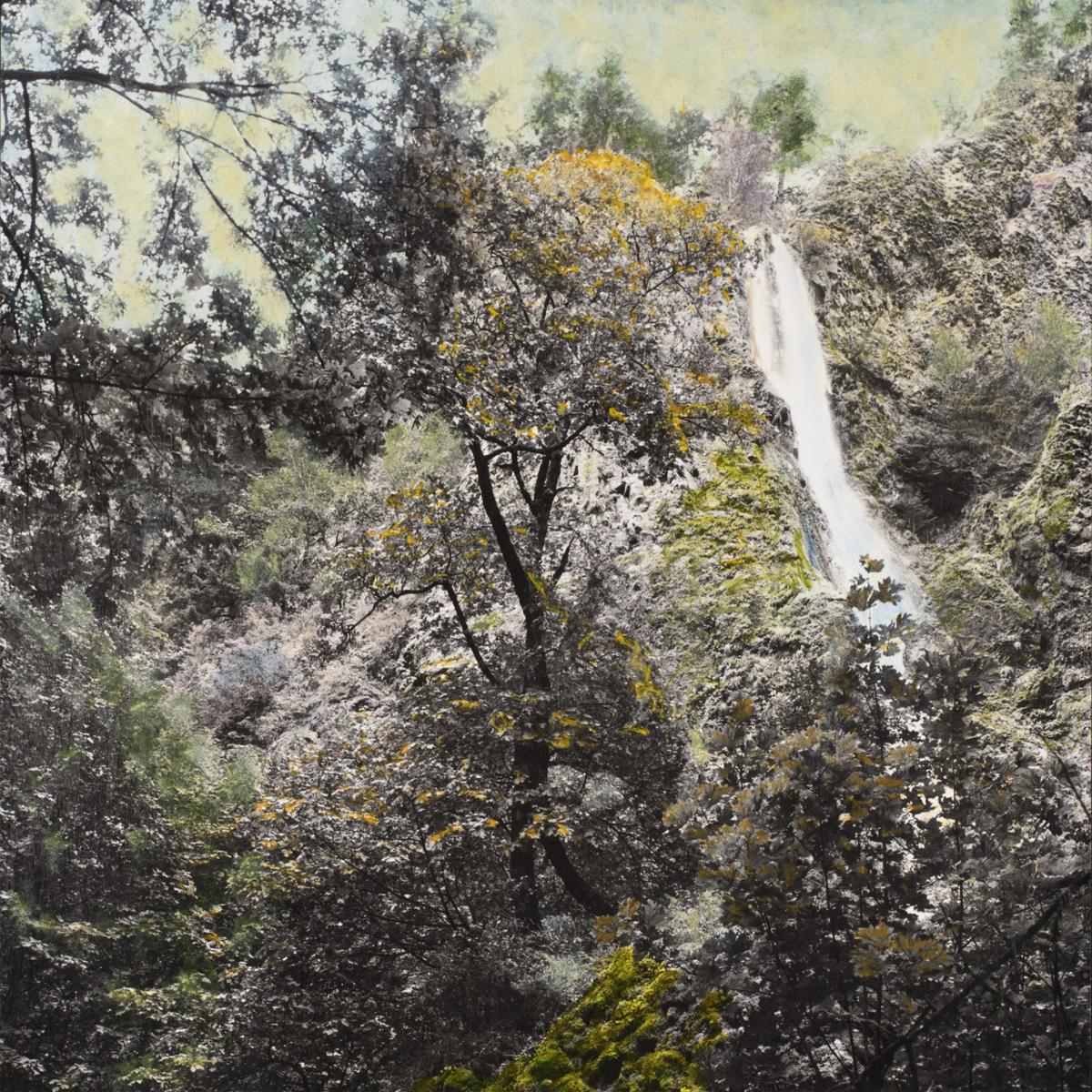 Missoula photographer Chris Autio's hand-colored landscape images, mare on view at Gallery 709 at Montana Art and Framing. From the cover, a detail of "Cooley Falls," shot in Oregon. 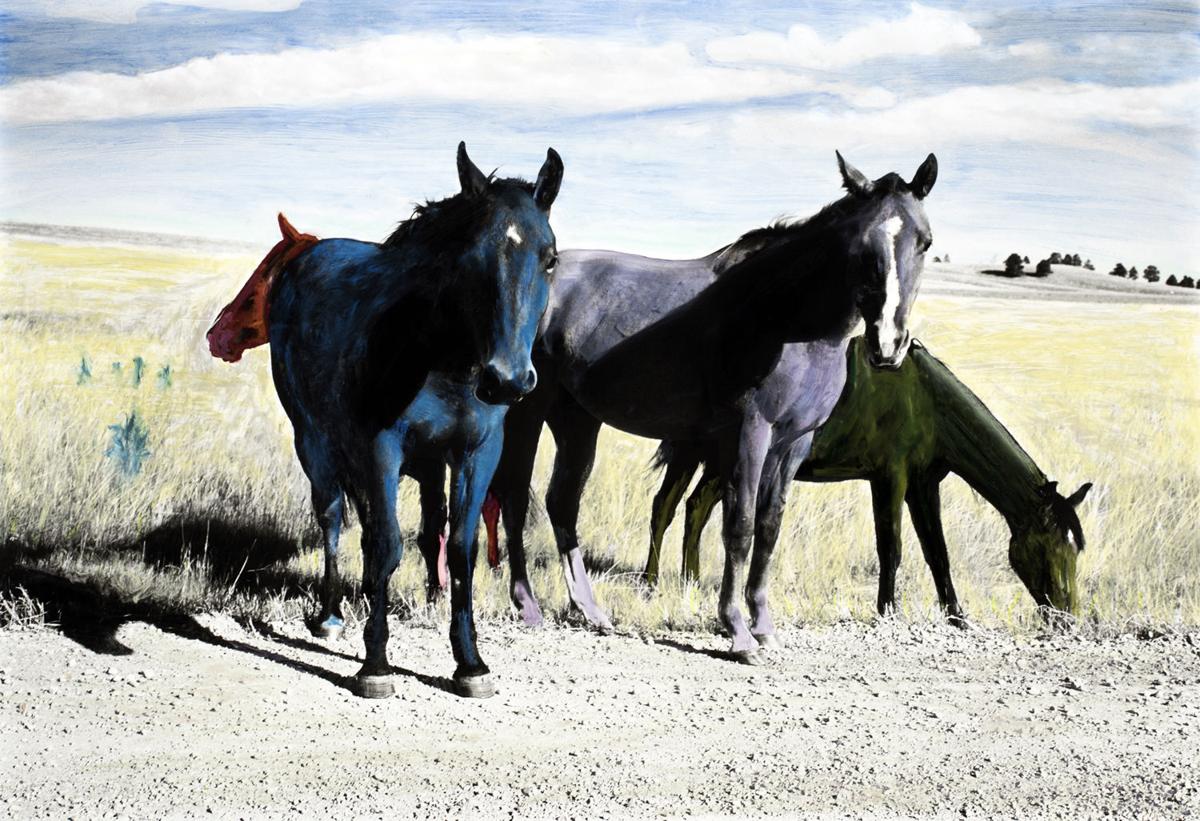 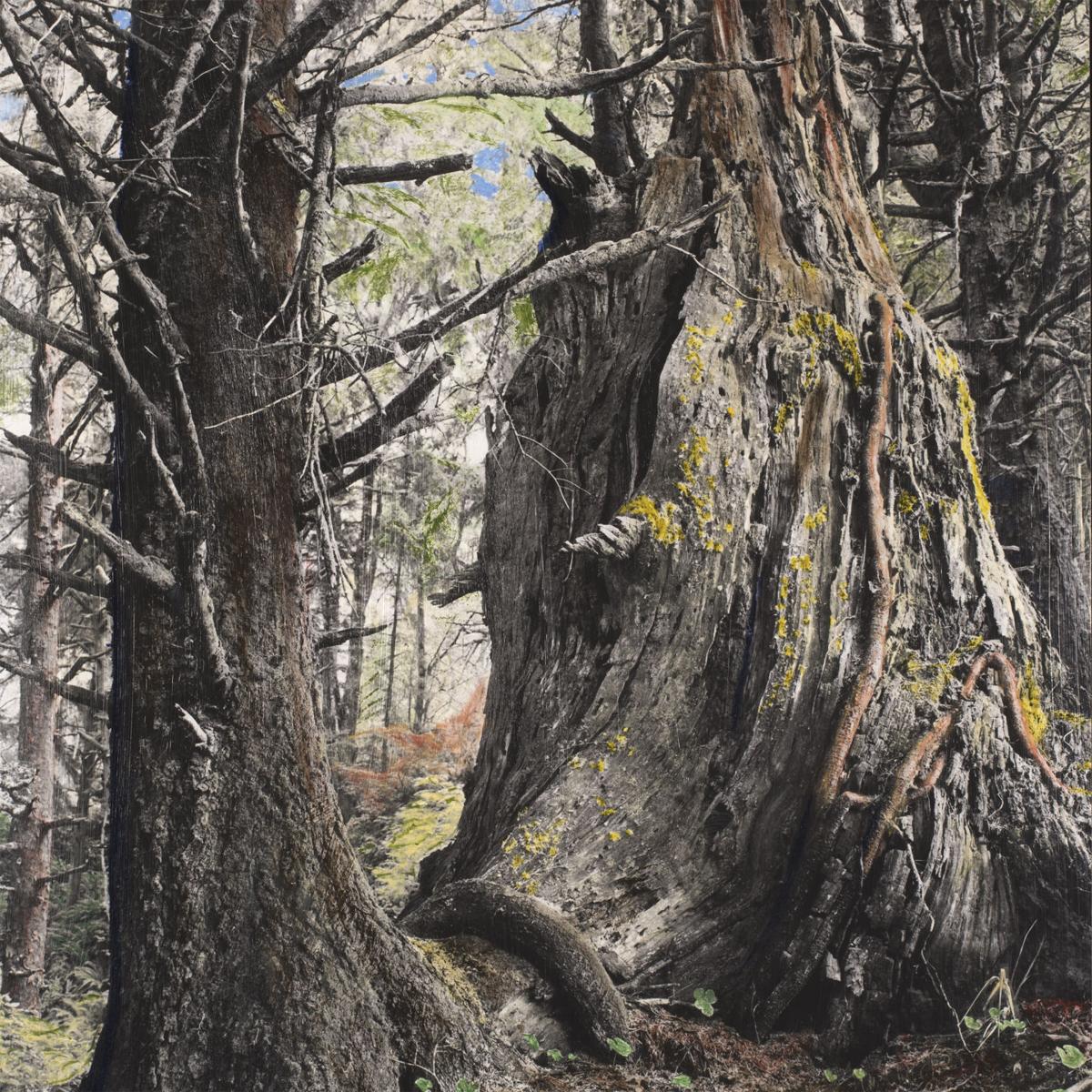 A hand-colored photograph from Ecola State Park in Oregon.

Missoula photographer Chris Autio's hand-colored landscape images, mare on view at Gallery 709 at Montana Art and Framing. From the cover, a detail of "Cooley Falls," shot in Oregon.

A hand-colored photograph from Ecola State Park in Oregon.

The classic look of medium format, black-and-white landscape photography gets a surprising dash of hand coloring in the work of Missoula artist Chris Autio.

The scenic locations in the show at Gallery 709 at Montana Art and Framing include: a four-night float on the Smith River, a trip to the Oregon coast and scenes found around central Montana, whether a memorable vista or a stoic-looking piece of farm equipment. The color adds evocative but unnatural tints that add an emotional heft.

The routine for finding these images is another classic: the Montana road trip.

He said he'll "get in the car with a couple of dogs and my camera gear and get ready to stop at any corner if I have to."

"For some reason when I get out toward central Montana I get really inspired, and I'm not sure why that is, because it opens up the possibilities of having big vistas," he said. One such image of a two-lane highway running toward the horizon is called "The Big Empty."

In "Cottonwood Road," he shot a two-track cut into a field, heading toward the hills and horizon as it moves away from a cropping of trees in the foreground. He says it's received it's fair share of compliments for the associations and sense of serenity it can evoke.

"I'm trying in my photography, though it may not be evident in most of these, I'm trying to elicit a sense of openness inherent in Montana," he said.

"I'm looking for, not just compositions, but just the space that's still available out there," he said.

"These places aren't too hard to find. You just take a few steps away from a small road."

Autio grew up in a family of Missoula artists: His father is the late Rudy Autio, who's recognized as a pioneer in ceramics as expressive art form. He founded the clay program at the University of Montana campus, where you can still see his bronze grizzly bear sculpture on the Oval, and a painterly textile piece in the Performing Arts/Radio and Television Center, covering the wall on the stairs leading into the Montana Theatre. His mother, Lela, was also an artist (experimental fabric and sculpture) and an art teacher in Missoula County Public Schools.

Needless to say, art was encouraged at home. An early photograph of his brother Arne at a lake struck him, and by 13 his parents had him set up with a camera and access to a darkroom. He studied photography at Montana State University, and early in his career he began experimenting with tinting and color. Also early on, he liked to shoot the railroad at night, or junk along on the tracks. That phase isn't entirely obvious except for two pieces he made with negatives he shot years ago of vintage cars at a salvage yard in Livingston.

Autio shoots on black-and-white film with a medium-format camera. He aims for images that will work in black and white, but he can choose to add color later if he likes. Sometimes he uses software to experiment with color schemes before applying it to the actual print, with oil stick or his fingers or cottonballs, or with watercolor pencil.

Discussing some of these images, he'll give an answer not unlike one you'd get when a musician is asked what a song is "about."

"I like to think of art as seen 'as is' rather than try to explain anything beyond what's already evident," he said.

Depending on your preferences, a photo of the Chinese Wall shot from neighboring Red Butte is one of the most striking images in the show.

"There are some certain colors like that in the rock, but I don't mind pushing the color a little bit," he said. There are hints of red, orange, yellow and blue applied to the horizontal bands of the wall, offset by some green in the trees and blue in a lower mountainside. These are just hints, small accents of non-realistic color in a sea of black and white.

"The richest quality of color comes from leaving half the print black and white," he said.

The medium format, blown up to about 25 by 37 inches, still provides crisp silhouettes of minute trees that give a hillside a spiky texture.

Most of the show comprises landscapes, often free of signs of human life except for ranch refuse — a collapsed barn or old equipment — a building side of windows tinted red and orange.

Sometimes he uses local color, or a heightened version of it — the light cutting through the green leaves on Rattlesnake Creek during spring runoff.

His dog, Pepe, perches atop a rock outcropping with rivers of turquoise, mustard yellow, muted orange and faded magenta. Another, "Horses," centers on a group of four horses in another Pop Art-like palette: red, green, blue and purple. The skyline is painted, and so are the fields, but he left a band of hills and trees in black and white.

Some images, like the Smith River scenes, mask some of the hurdles — bringing gear around, finding the right exposure, working despite a forgotten tripod.

He said that the struggle that artists go through on the technical side is "immense," but after coming to terms with it, "the act of doing it becomes less of a message and more of a vehicle for expression."

Missoula photographer Chris Autio's exhibition, "New Works," is on display at Gallery 709 at Montana Art and Framing through the end of January. The gallery is located at 709 Ronan St.