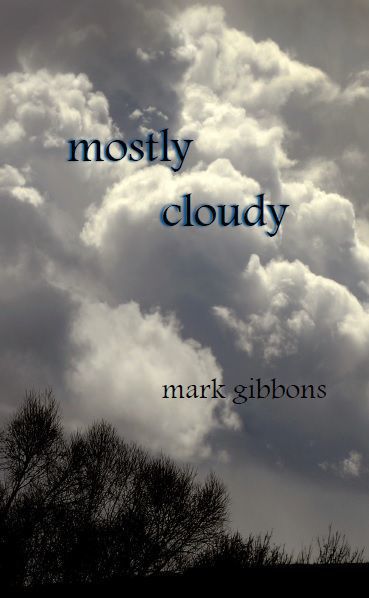 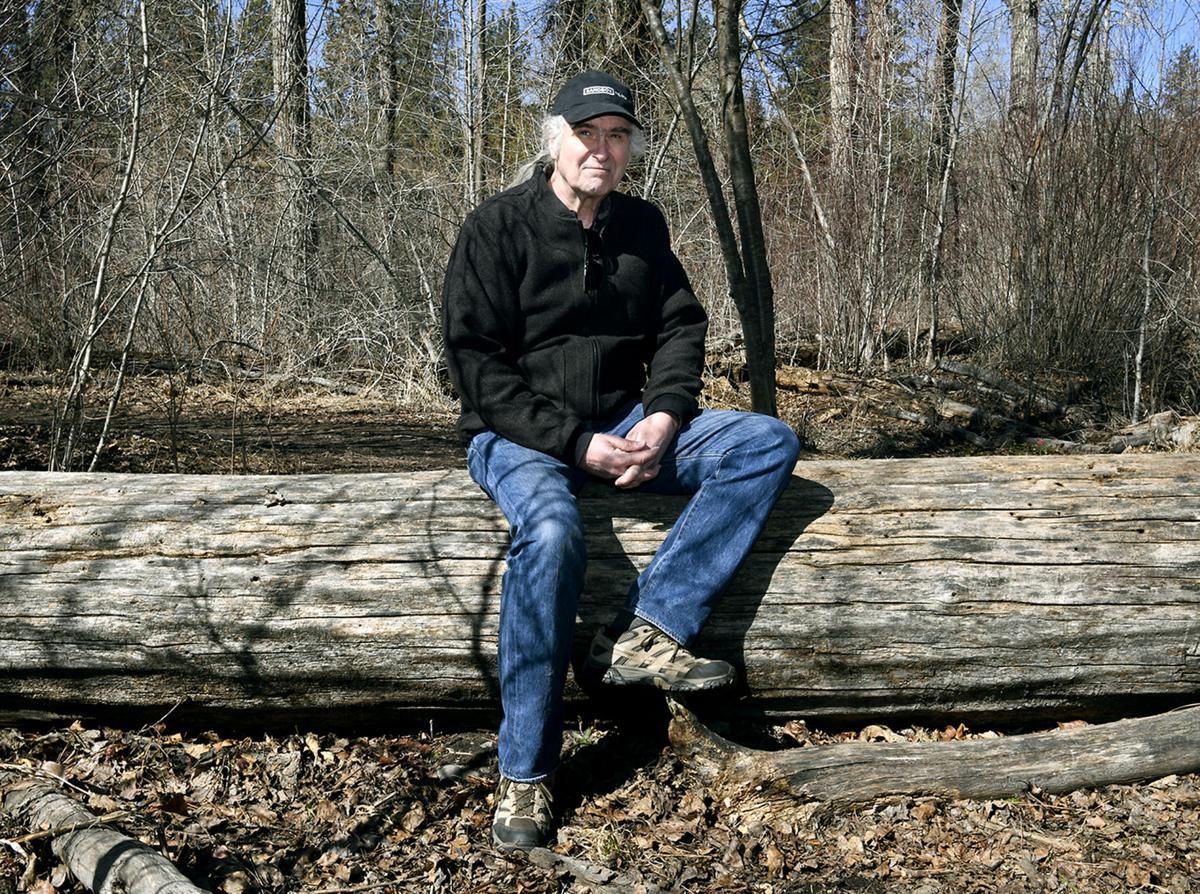 Gibbons' poetry is sometimes referred to as blue-collar writing. He said that he tends to respond in his writing to what's around him. 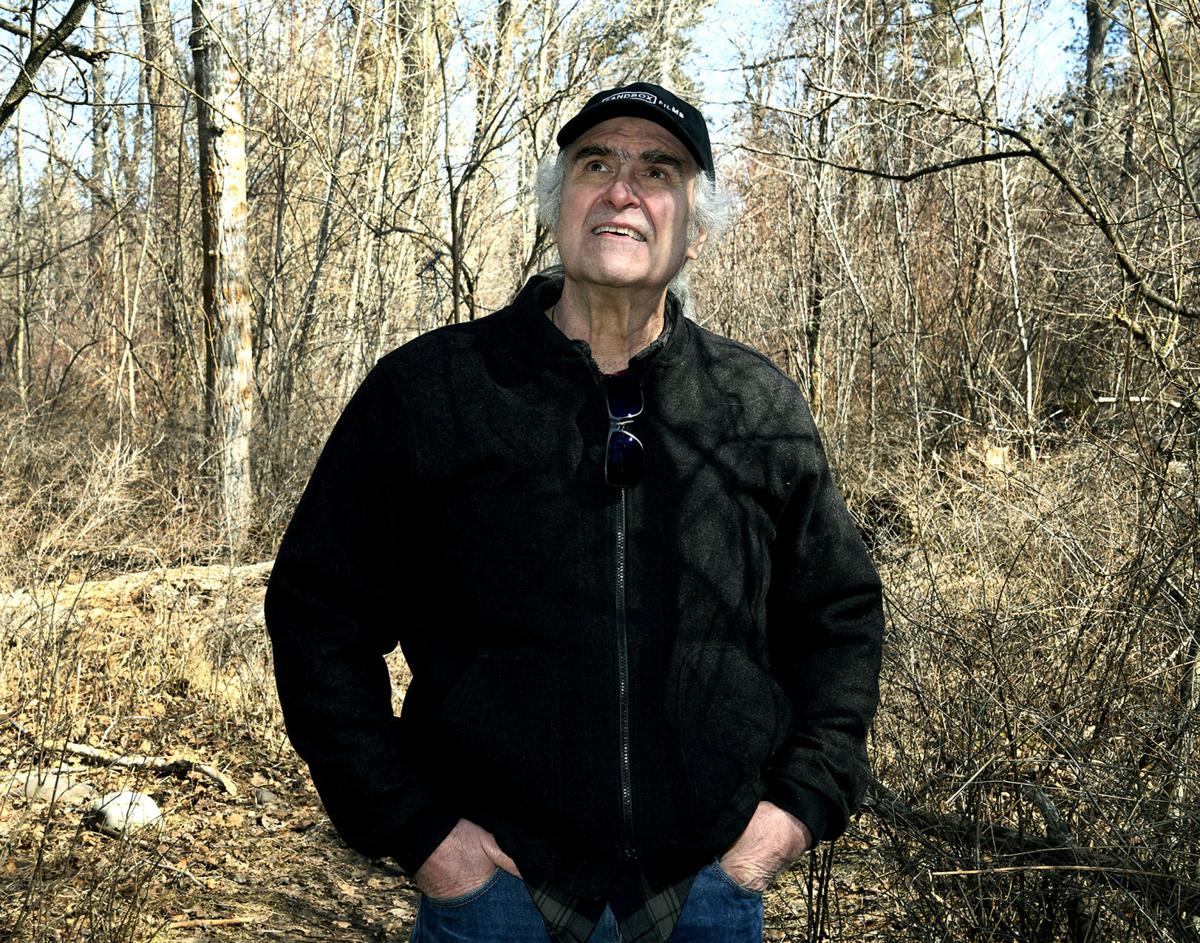 Mark Gibbons' new book, "Mostly Cloudy," is a compilation of more than 50 poems. Gibbons said it's inspired by the Alberton native's life in and around Missoula.

Gibbons' poetry is sometimes referred to as blue-collar writing. He said that he tends to respond in his writing to what's around him.

Mark Gibbons' new book, "Mostly Cloudy," is a compilation of more than 50 poems. Gibbons said it's inspired by the Alberton native's life in and around Missoula.

Anybody who’s really sure of anything is probably not a poet — or at least that’s local writer Mark Gibbons’ take.

He’s not exactly sure what his poem, “Mostly Cloudy,” is about, but said the name sounded like a nice title for his new book.

“Nothing really makes a lot of sense about it, other than, it’s just kind of a poem about poetry,” he said. “Sometimes (poems) are intended to be disguises of what they are from the person writing them.”

“Mostly Cloudy,” Gibbons’ fourth book under Foothills Publishing, is a compilation of more than 50 poems featuring the poet’s signature blue-collar writing. Through the collection, Gibbons shares raw reflections on the past, social criticism, personalized tributes to friends and family, and a romantic love poem to his wife, Pam. It’s all inspired by the Alberton native’s experiences living in and around Missoula.

“I tend to respond to what’s around me and so that means that you’re always taking things in, whether it be experience or other literature or other art or whatever it may be, and we tend to respond to that and a lot of times … bits and pieces of things wind up in your poems,” he said.

Some of the poems are just observations he takes in during his daily life.

In “Sleepy Inn,” Gibbons references the “aging brick motel” at the intersection of Broadway and Russell and the characters who stay there. His words paint the recognizable Missoula building as a poor man’s paradise.

to make it that far, maybe

there’ll be a Sleepy Inn

with cable and a bottomless pot

of Boyd’s in the office

your age where the women

two to one, and all the ice

you can scoop is free

where they’ll run you a tab

for liquor, put it on your weekly

bill, and delivery till midnight

any day of the year

With references to the Clark Fork River, the University of Montana and other Missoula landmarks, his poetry is a snapshot of life in the Garden City.

“Maybe those are keys or little gateways,” he said, adding he hopes readers will create a personal connection through his words. “You write your little thing and you lay it out there and somebody picks it up and if it triggers them. … It’s no longer your poem, it becomes their poem.”

Others reflect on the past. In “Behaviorism,” he remembers leaving home and his mother for the first time at the age of 17 and discovering the strength of the bond between mother and child.

I didn’t know then our time

was over, nor that mothers carry

a stony weight inside,

an odd burden they grow accustomed to

to holding a child on the hip

sunup to sundown — what calls for

their milk and full attention.

They take those blood phantoms

with them to the ground…

His vocabulary is raw and forthright, with references to drugs and alcohol and a tactful use of profanity. Gibbons said it comes from the blue-collar environment in which he grew up and has always embraced.

“Maybe some people are able to abandon where they came from, but I certainly haven’t been able to and I never really attempted to. I came from a working-class background.”

His words carry an emotional weight that is accessible and doesn’t beg for hours of contemplation to find a deeper meaning.

“I think that’s what people relate to or oftentimes what people expect to get out of poetry is some kind of an emotional relationship to being a human being or being alive,” he said.

Gibbons often references and alludes to music and culture of the 1960s, with one poem titled “The Wind Cries,” a nod to the Jimi Hendrix song, and another about an acid trip.

Burroughs wasn’t with us

was driving Further through

off the map in the Oregon woods,

that old acid-test ground down

and packed up in demon boxes,

in a cuckoo’s nest.

When I forget that night

at the State Drive-In with you

in the backseat of Christ’s

nothing will matter anymore.

When I forget the smells

of your hair and the Wind

Song of your neck, the Coppertoned

skin of your legs and arms against

nothing of me will remain.

Throughout the book are several black and white images. The photos, taken by longtime Missoulian photo editor Kurt Wilson, act as a visual aide to absorbing the poetry.

Wilson said it was difficult to land on a photo for the cover that would go along with the title, “Mostly Cloudy.”

“I came home and read through the poems and took quite a long time to think of things that would come to mind and poking through some stuff that might work. First I tried to think of things that weren’t necessarily a literal interpretation of clouds, but more of a feeling of things hiding, the unknown, things on the horizon,” he said. “I ended up giving him seven or eight cloud pictures and then maybe 20 others that might work for the inside.”

Gibbons and Pam narrowed the photos down to what is in the book today.

Wilson agreed, saying the photographs act as a supplement to the poetry that captures the feel of the collection rather than being paired to match specific poems.

“We both understood what the mood was of the book,” Wilson said. “We were never looking for, can you find a photo that goes with this poem and put them side by side.”

And while most of Gibbons’ poems include people, they’re largely absent in the photos. One image shows an old work truck parked outside an equally aged house. In another, three doves take flight, wings spread wide overhead.

“If you just stick a photograph and a poem together, a lot of times they just speak in a different way, maybe even a stronger way than they would on their own,” Gibbons said.

They also create breaks between the words that Wilson said allow for a changing dynamic of interpretation.

“I hope the photographs bring in a dimension to the poems or a visual relief. You’re sort of going through this book and soaking everything up one way, then you turn the page and there’s a different way to soak up sort of the same feeling,” he said.

When Gibbons isn’t writing, he’s busy training the next generation of poets. He works with Poetry Out Loud at the Montana Arts Council and teaches at area schools through the Missoula Writing Collaborative. He said he’s constantly impressed with the student poets he works with, adding being able to get together and share the written word is a special opportunity.

“It never ceases to amaze me what you will find or what you will discover or get from a fourth-grade group of poets,” he said. “When people listen to each other, wow. It’s a totally powerful thing and it’s a healing thing, I think. We could use a hell of a lot more of it.”

“Mostly Cloudy” is available at Fact & Fiction bookstore in Missoula and online at foothillspublishing.

A visual guide to First Friday in Missoula