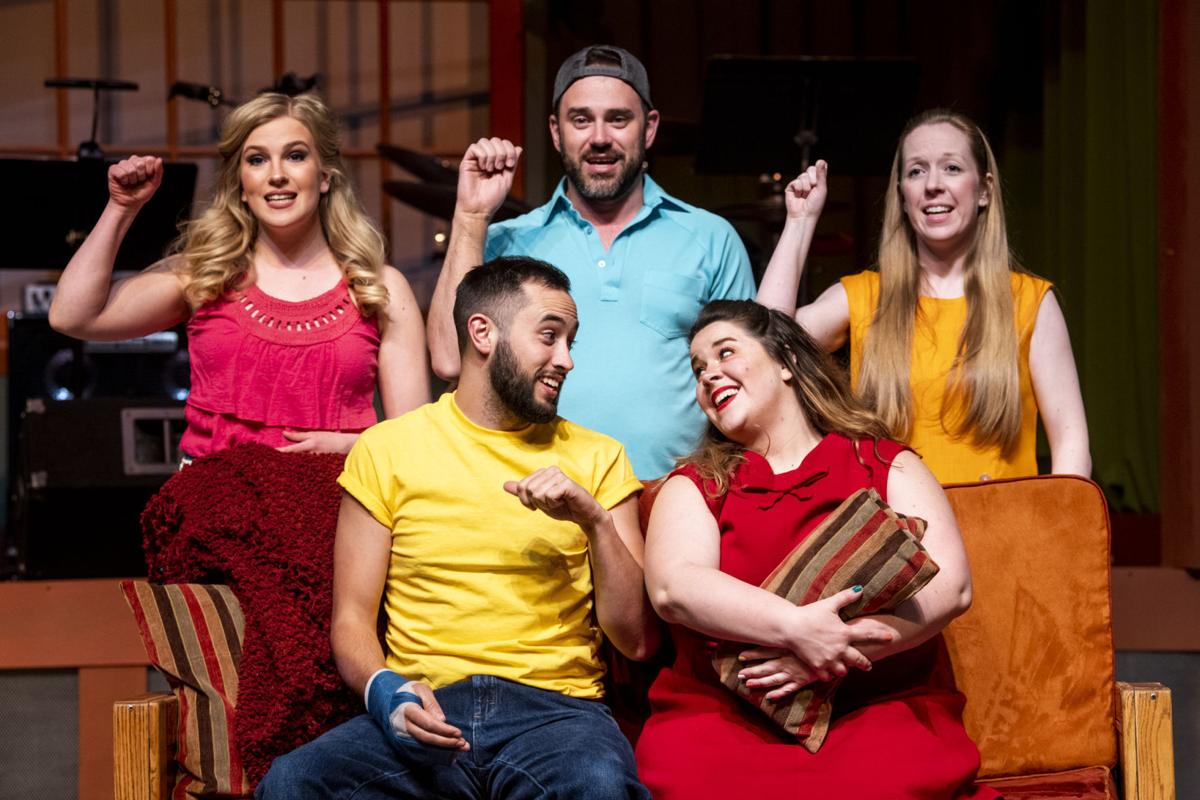 From left: Whitney Miller, Jaroen Thornton, Tim Shonkwiler, Paisley Thornton and Grace McGeoch rehearse a production of School House Rock at Missoula Community Theatre last week. The audience will be able to stream the musical from home beginning May 7 and limited in-person attendance is available May 8 and 9. 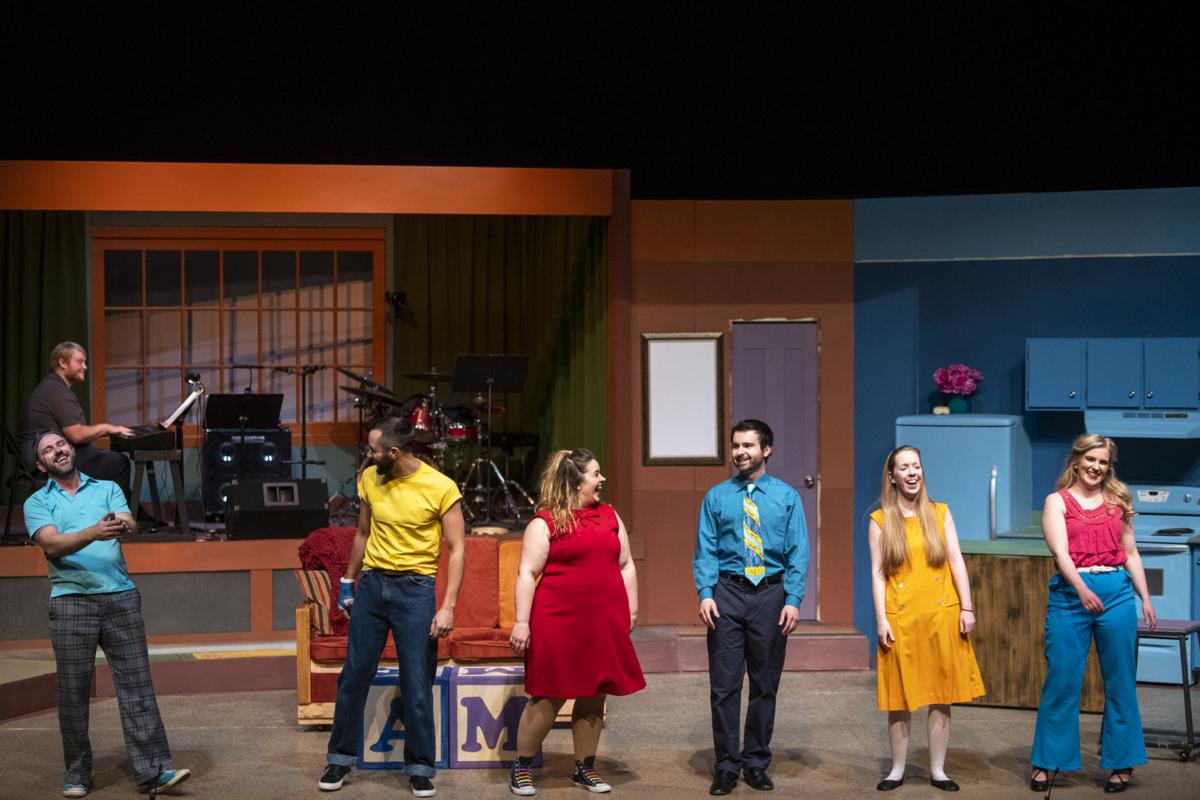 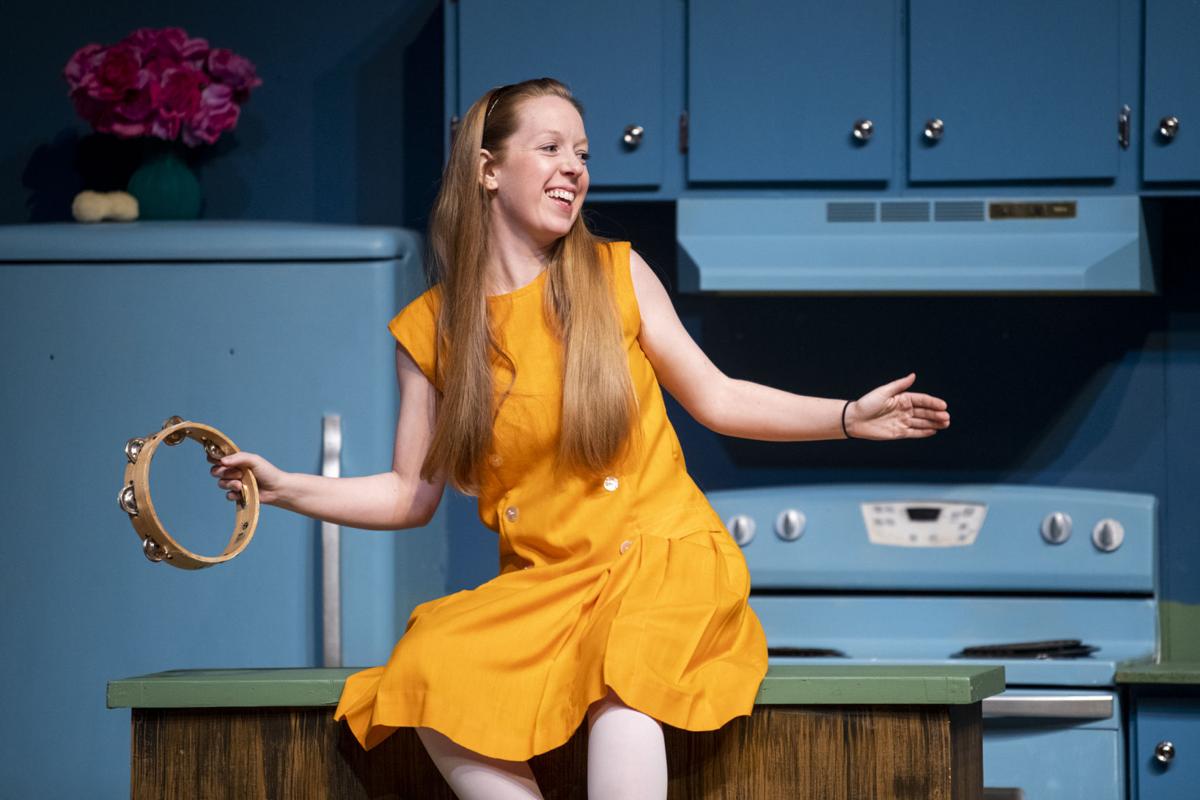 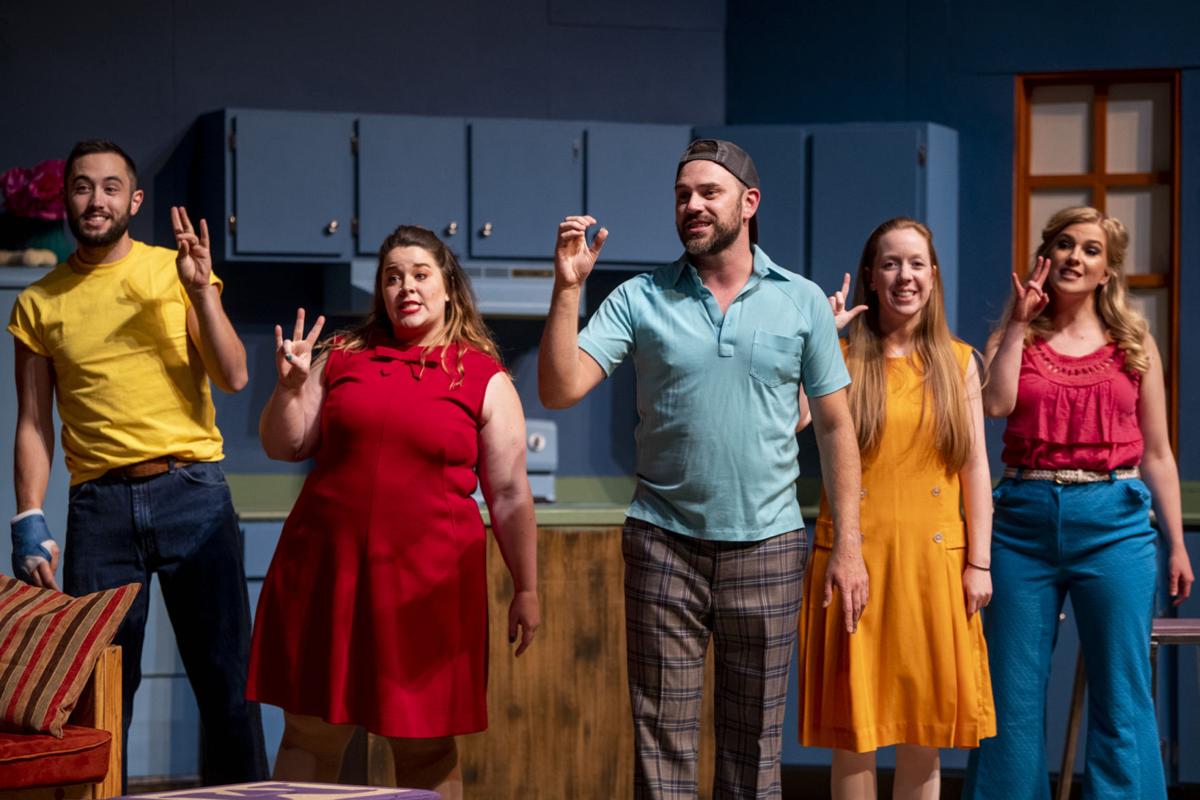 From left: Whitney Miller, Jaroen Thornton, Tim Shonkwiler, Paisley Thornton and Grace McGeoch rehearse a production of School House Rock at Missoula Community Theatre last week. The audience will be able to stream the musical from home beginning May 7 and limited in-person attendance is available May 8 and 9.

Missoula Community Theatre is closing out its 2020-21 season with some musical steps toward normalcy — a larger cast than they’ve had in awhile (six), more people in the audience, a learning experience for the cast (two songs with American Sign Language), all within a throwback musical, “Schoolhouse Rock Live!”

“A lot of people will find it nostalgic. You know, it's something that they could sit in front of their TV and watch the stream of our performance, or they could come to the theater and enjoy and experience ‘Schoolhouse Rock,’ something that they might have grown up with,” said Joe Martinez, MCT artistic director, who’s helming this show.

It’s a musical adaptation of the short 1970s children’s cartoons, bouncing from song to song without too much dialogue between. It seemed appropriate for multiple reasons — it’s based on the now-50-year-old cartoons; it’s family-friendly, and thanks to its source material will feel like a natural fit for people to watch on TV at home.

The show, which runs 70-75 minutes, has be a return to an old way of working for the cast of community members — rehearsing at night again and “we’re not used to doing that any more,” Martinez said.

"The other night during a run-through, when we called ‘places,’ somebody from backstage said, ‘I’ve waited a year to hear those words,’” he said.

“Schoolhouse Rock” wasn’t originally on the program for the theater group’s 50th anniversary season. As the pandemic wore on, they found ways to do very small-cast shows for a limited in-person audience and streamed versions for those at home.

For this production, they’ve been able to expand in numbers on stage and off — a cast of six plus a three-piece band — music director/keyboardist Scott Hamilton, guitarist/bassist Kurt Skrivseth and drummer Troy Bashor.

In the auditorium, they’ll have space for 50 people, physically distanced with masks, up from 25 before, plus the at-home option. (See information box).

American Sign Language is a great addition aesthetically, Martinez said, because “it’s so beautiful. It looks like choreography” and fits perfectly within a musical.

It was achieved through a collaboration with Barb Lowney, a member of the local deaf community, and Denise May, the University of Montana’s lead sign language interpreter, both of whom have worked with MCT in the past.

The songs including ASL are “Verb: That’s What’s Happening,” and “Three is a Magic Number.” ASL has its own syntax and grammar, so there were multiple ways the signs could’ve been made and Lowney picked out what she liked best, May said. They gave advice about signing larger to project better, as you would with an increase in volume in your voice.

Whitney Miller, a cast member, said the two helped them make sure they had a full performative expression and the right context for the show. Lowney emphasized "what it feels like watching a performance when someone, you know, kind of accurately signs to you in a performative way and how special that feels."

Miller, a preschool teacher who's had several students who sign, said "trying to connect your vocal energy with the energy you're putting into your signing has been a really cool challenge."

The plot involves a young man who’s nervous before his first day as a teacher, and then his thoughts (in the form of particular people), emerge and begin taking him back to the cartoons. Miller plays Dory, the imaginative and silly side of his personality, she said.

She’s worked with MCT, the Montana Repertory Theatre and the University of Montana School of Theatre & Dance in the past, but this was her first show since 2019. Last spring, she had a dozen auditions lined up in Seattle that were all quickly canceled or postponed, and canceled later.

Being back in rehearsal has been “such a treat, to get to do it again, and I feel like we will all never take it for granted again, because we just missed it so much," Miller said.

The full cast has been vaccinated and is past the two-week mark, after early rehearsals on Zoom or in person with masks.

“We'll start taking them off now as we get closer to adding microphones and stuff like that,” Martinez said.

Miller said they don’t have to be as conscious of space and can do “real blocking on stage” — holding hands and skipping in a song and including “just that human connection.”

The two sides of MCT — the children’s theater and the community theater — are planning ahead for summer and the following year. There are six kids’ day camps starting in June that will allow for 50 in the audience plus streaming. They’re discussing the sleepover camps at Flathead and Seeley lakes in August.

The fall community theater season will be smaller-cast shows to ensure that they can manageably stay within safety regulations.

Martinez said it’s been difficult but sometimes entertaining trying to make the shows happen. He said they're "fortunate" as an arts organization to be able to keep working and able to offer something to the public.

“We might be having the same conversation every week about our community season but we’re working in trying to make it work … where so many other theater companies have shuttered or have reduced their seasons."

In person and online

In person: May 8-9, in-person socially distanced performances at the MCT Center for the Performing Arts. Only 50 seats are available per performance. Tickets are $20.

Go to mctinc.org to purchase or get more information.