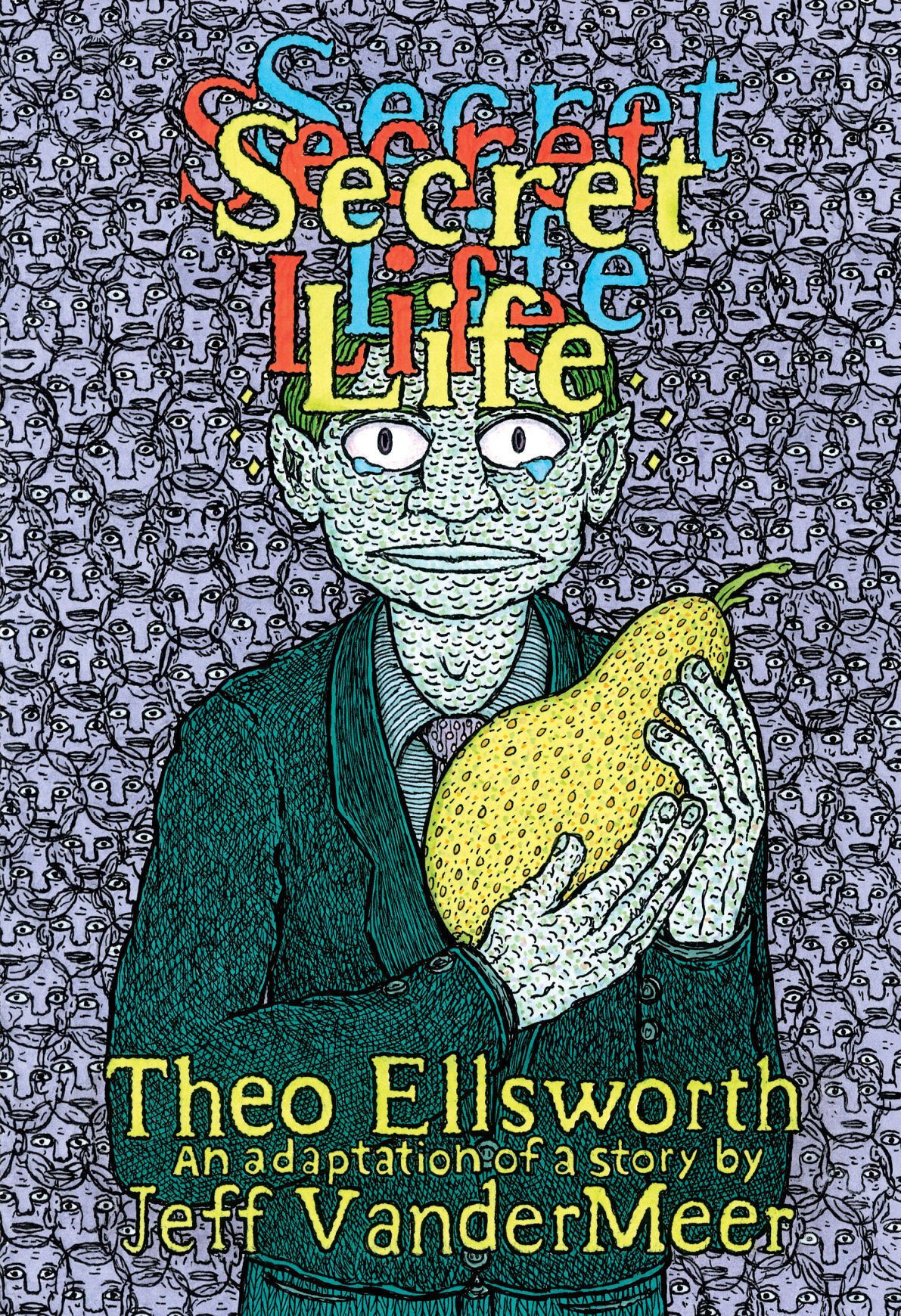 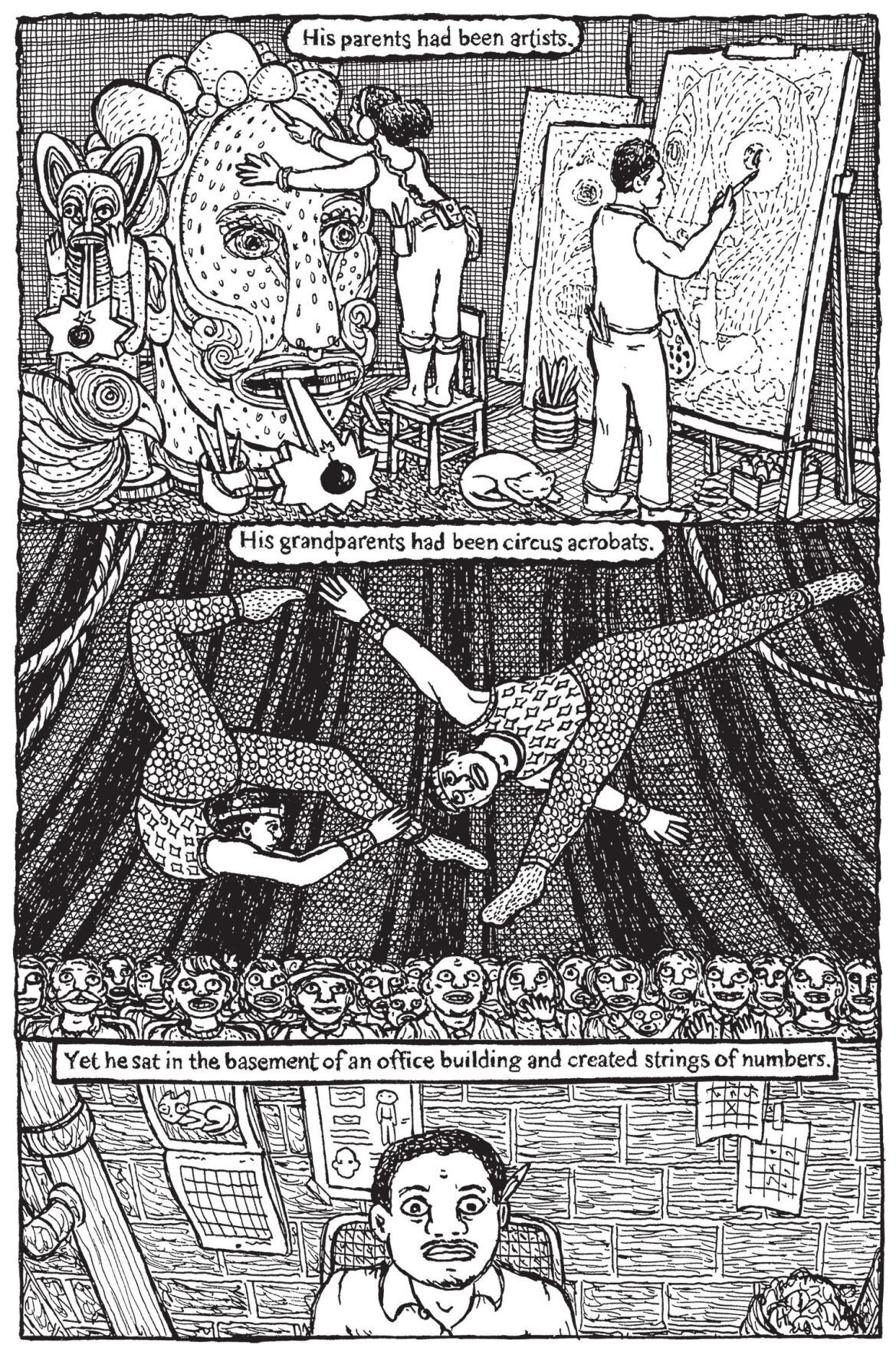 Ellsworth adapted VanderMeer's short story about the inhabitants of an oppressive office building who gradually open up to new possibilities. 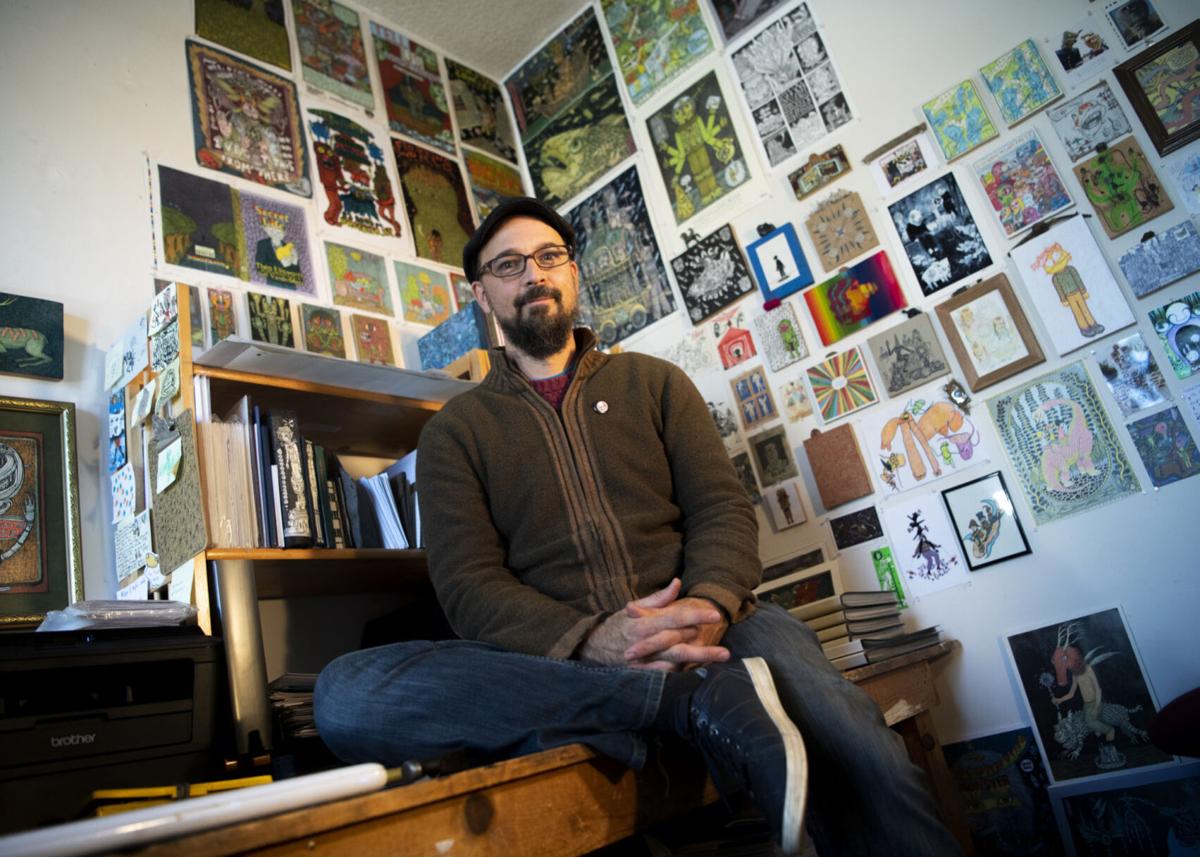 Theo Ellsworth, a Missoula-based artist, recently illustrated graphic novel "Secret Life," an adaptation of a short story by Jeff VanderMeer. Ellsworth has cultivated a large audience for his recognizable artwork with trance-like linework. 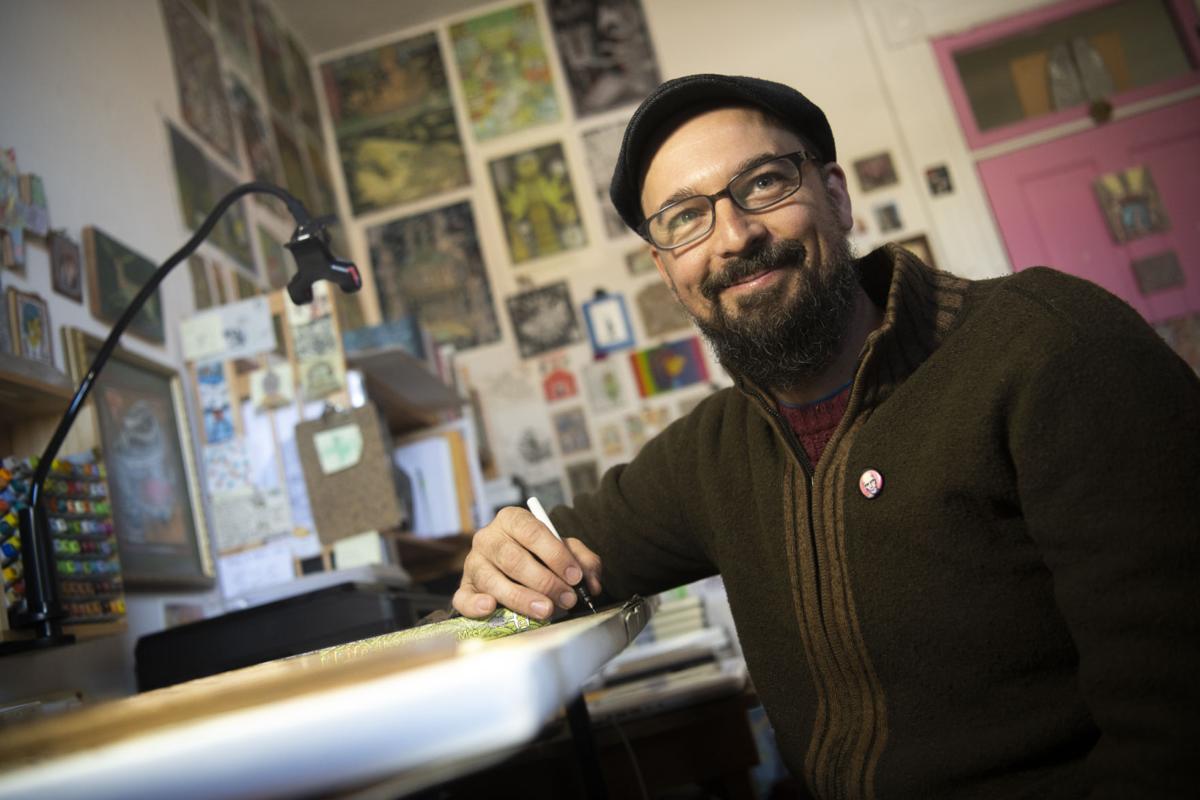 “My brain just immediately started unpacking the story and seeing it in these panels,” Ellsworth said.

Ellsworth adapted VanderMeer's short story about the inhabitants of an oppressive office building who gradually open up to new possibilities.

Theo Ellsworth, a Missoula-based artist, recently illustrated graphic novel "Secret Life," an adaptation of a short story by Jeff VanderMeer. Ellsworth has cultivated a large audience for his recognizable artwork with trance-like linework.

“My brain just immediately started unpacking the story and seeing it in these panels,” Ellsworth said.

Theo Ellsworth, a Missoula-based artist, said his latest work was like being handed a “puzzle box” with problems to solve in visual form. Ellsworth said he loves authors who create a “sense of atmosphere” in worlds at “the fuzzy edges of reality,” both weird but probable. So he’s perfectly paired to the material in his new graphic novel, “Secret Life,” an adaptation of a short story by Jeff VanderMeer, a Nebula Award-winning “weird fiction” author. (It’s out this month in hardcover on Drawn & Quarterly.)

The narrative unfolds in an office building of a company with a secret name. Its employees exist on separate floors, and the activities on other levels are mysterious to others — they understand only their own tasks that they have resigned themselves toward as though it were a totalitarian state. When one of them plants a vine, it sets forth changes that destabilize the entire structure.

Ellsworth, who lives in Missoula with his family, has cultivated an audience far and wide for his instantly recognizable artwork, in which imaginary creatures exist in sometimes Escher-like realms rendered in trance-like linework. He’s published graphic novels such as “The Understanding Monster,” and makes individual woodcuts, in which his detailed drawings cover the surface. One of his illustrations was tapped as an album cover for “Pattern+Grid World,” an EP by the producer Flying Lotus. Ellsworth also draws the jacket art for Astral Industries, an electronic music label based in London. He has regular exhibitions at Giant Robot, a gallery in Los Angeles. Here at home, he’s won an Artist Innovation Award from the Montana Arts Council and shares his work in town as well.

VanderMeer’s series of novels, the Southern Reach Trilogy, has won awards and the first installment, “Annihilation,” was adapted into a film by director Alex Garland, with Natalie Portman in the lead role. The term “weird fiction” is thrown around frequently — the New Yorker called him “the Weird Thoreau,” and Jorge Luis Borges is name-checked, too.

Years ago, VanderMeer posted about Ellsworth’s work online, so Ellsworth reached out to thank him. The author mailed him an advance copy of “Borne” ahead of its publication in 2017. One element in the novel’s eco-dystopian narrative is a Godzilla-sized bear named Mord — he commissioned Ellsworth to make a 2-foot illustrated woodcut of the ursine creature that he brought with him on his book tour. Link: https://twitter.com/jeffvandermeer/status/850833148204154880?s=21

Their correspondence brought up the idea of a graphic novel, and VanderMeer sent him his short story, “Secret Life.”

“My brain just immediately started unpacking the story and seeing it in these panels,” Ellsworth said. He sees shared traits between their styles, along with new challenges. His own work is “inward-facing,” as though he’s “trying to interact with my own imagination, and unlock things in my own head, and this actually feels like this weird mystery box from the outside world that I got to unpack,” he said.

Ellsworth illustrated the book in black and white, and using only black pen on Bristol board conjures up a vision of the story that’s claustrophobic but not without moments of strange beauty, like you’ve had a chance to peer inside his head as he was reading.

A disruption in the bleak order of the building begins when a worker plants a vine in a pot to brighten up her office. It soon spreads into the ceiling tiles and throughout the ductwork of the building. A janitor in training, whose manager delivers creepy speeches while they sleep, describing the all-consuming necessity of work with “1984”-style intensity, notices the vines and goes to explore its tracts, beckoned by memories of a more normal life. On another floor, a mimic arrives and his differences disturb his colleagues, who find him alien and begin to turn on him. In one section of this odd structure, a woman begins communicating with mice who fan across the building and relay its workings. Threats seem present at all times, such as a fifth floor that no one can visit.

Ellsworth said the office building — and the story itself — are based on one that VanderMeer worked in long ago. He sent the artist a photograph of it that became the model for his drawings. Whatever feeling of catharsis the author had in writing the story was passed on, too, as Ellsworth completed the book in August 2020. Scenes of the trainee custodian climbing through the vine-filled passageways toward an uncertain end were drawn during the initial lockdown period, when “people didn't quite know how it was going to pan out or what was going on or what we should or shouldn't be doing,” he said.

Ellsworth cut out all the lines of text and plotted how to unfold it — mostly only removing lines if they were descriptions that would be translated in the artwork. If he added something, it needed to be a “direct mutation” of existing elements.

Working with outside writers like VanderMeer and Dara Horn (on an upcoming project), has helped him balance his own graphic novel in progress, “Mind Math,” which is an inward-facing, meta science-fiction story that flows down a rabbit hole into the imagination.

These collaborations “help me subvert some of the stuff that makes my other work more complicated to make progress on. And allows me to kind of lean into the craft of comics,” he said.

While he populates his solo work with creatures or monsters that exist only in another realm, “Secret Life” called for developing expressive human characters. He compared it to “method acting,” trying to conjure up their “inner world, or humanity” as they’re placed in scenarios that the reader must untangle for themselves.

“All the characters kind of have really specific meanings to me, but I really liked that they stay vague in the story itself,” he said.