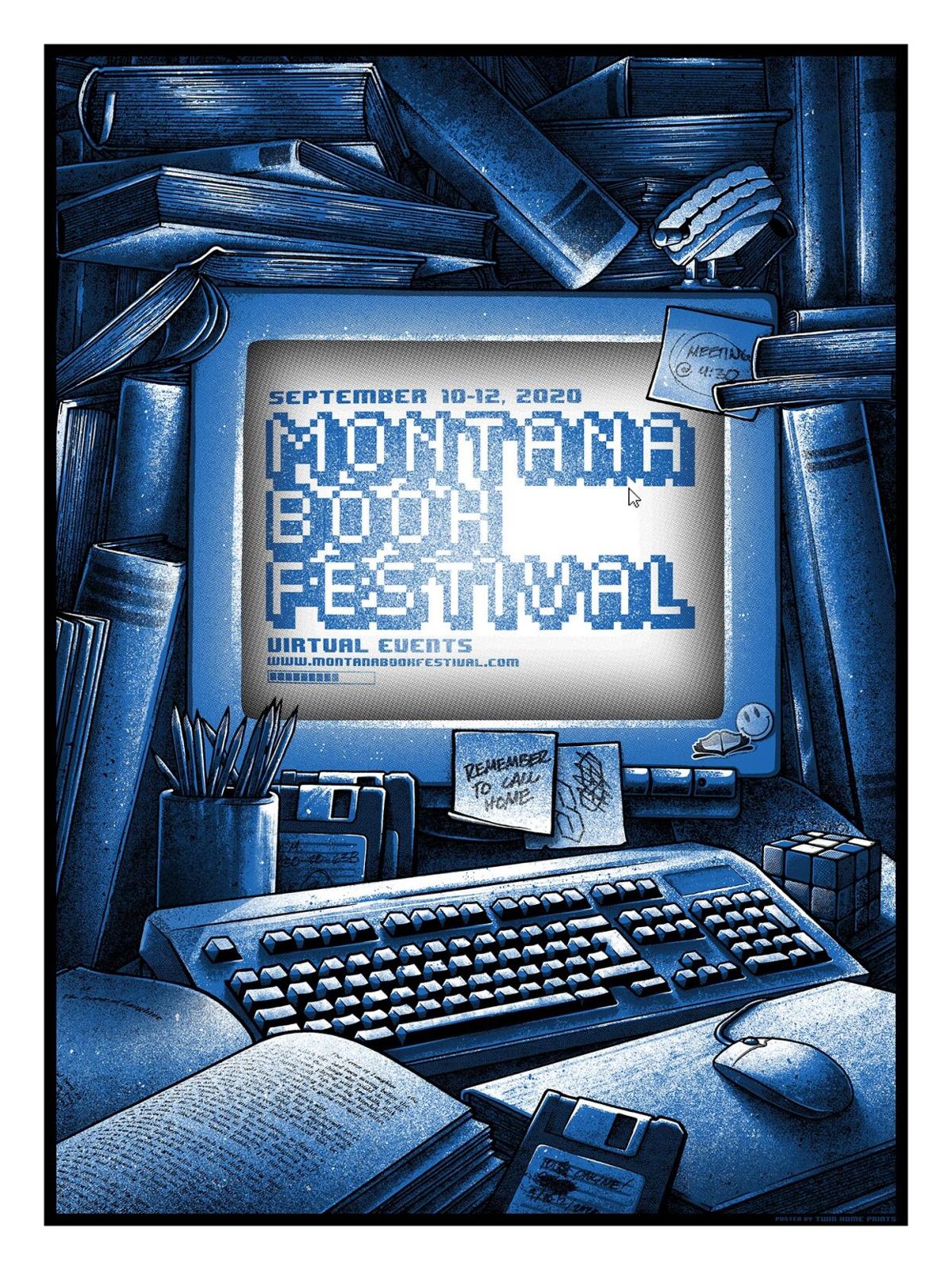 The Montana Book Festival is holding virtual events this year with a slate of Montana, regional and international writers. 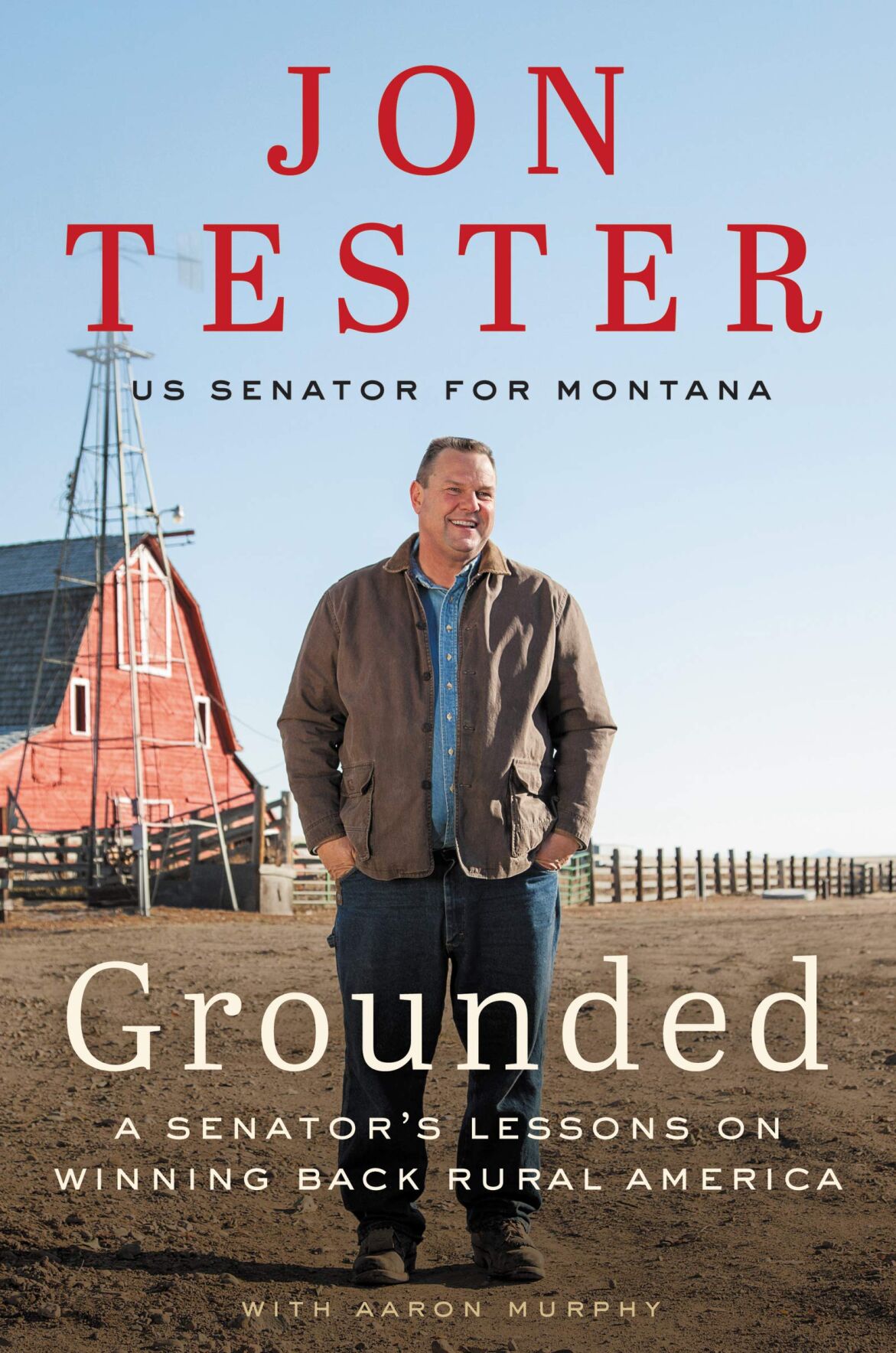 The Montana Book Festival is holding virtual events this year with a slate of Montana, regional and international writers.

The Montana Book Festival director, like many event organizers, was forced to pull the plug on in-person gatherings this year. Going online did provide some reasons for optimism, though.

The mix of writers still leans toward Montana and the region, but there are others with ties to the state and region as well. Those include Joanna Pocock, author of "Surrender," a memoir about experiences in the West, and novelist Catherine Lacey, a former visiting writer at the University of Montana, among the speakers for live and pre-recorded virtual events.

Book-lovers of all types should be able to find an event for them. The guests include poets with recent and new collections (Prageeta Sharma, Joanna Klink), literary novelists (Marie-Helene Bertino, Lauren Sharma), rising novelists in contemporary Western fiction, (S.M. Hulse, Maxim Loskutoff) and lined up workshops for aspiring and professional writers.

Korn said that around the country, book festivals have either pivoted toward online or canceled entirely. Back in the spring, their team began planning for a trimmed-down but "robust" three-day lineup, running Thursday-Saturday, Sept. 10-12.

Whether it's pre-recorded or live, the events are free and attendees need to register at montanabookfestival.com.

The one exception is the live Saturday "headliner" with U.S. Sen. Jon Tester and Pearl Jam bassist Jeff Ament. The two Big Sandy natives will discuss the lawmaker's new book, "Grounded: A Senator's Lessons on Winning Back Rural America," with his co-author Aaron Murphy, live from Fact & Fiction downtown. The audience, though, will be online-only, and need to buy a ticket in advance. It comes with a signed copy of the book.

Other noteworthy events include a Mad-Libs-style game with Hank Green, the YouTuber and author of a new science-fiction novel, "A Beautifully Foolish Endeavor," along with Hugh Howey, who has his own sci-fi series, "Silo," and fellow fantasy/sci-fi writer Gwendolyn N. Nix ("The Falling Dawn").

"Attendees will come away with a story that these three authors have co-written with them, just by providing words and the background story," Korn said.

This year, the festival can't have signings or the book fair.

"With book festivals, the impulse buy is very important. You see an author at an event, and you get excited by their book, and then you go out to the book fair and buy it," she said.

Without in-person events, they're steering attendees to montanabookfestival.com, where they list all the titles with links to Fact & Fiction, the sole bookseller, which is giving a percent of the proceeds to the nonprofit festival.

"It’s really important that people support the book festival right now. Obviously, funding is tight everywhere, and our organization is no exception, so when people buy books from Fact & Fiction, they’re supporting the festival as well," she said.

Here are some highlights. For the full schedule, go to montanabookfestival.com.

• Opener: "The Cheyenne Story," by Gerry Robinson, won the 2020 Outstanding Western Novel from the National Cowboy and Western Heritage Museum. He'll speak at 9:30 a.m. via a pre-recorded video. Robinson is a direct descendant of the Northern Cheyenne Tribe, and his book is part of a planned trilogy.

• "Cooking Up a Cookbook," with Stella Fong and Lynn Donaldson-Vermillion. 10 a.m., live. The author-photographer team behind "Flavors Under the Big Sky: Recipes and Stories from Yellowstone Public Radio and Beyond" will show you how to make rhubarb raspberry polenta cake and talk about their work.

• "Visual Storytelling: Presentations and Conversations with Book Designers Nicole Caputo and Alban Fischer," 1 p.m., live. The two graphic designers, based in New York and Grand Rapids, respectively, will discuss their work, which may have enticed you to buy a book.

• "Fill in the _________ : A Live, Literary Mash-Up" with Hank Green, Hugh Howey, and Gwendolyn N. Nix and host Jeremy N. Smith. 3 p.m., live. The writers will play an interactive game of MadLibs that results in an original story, co-written by the audience.

• "When the Bitterroots Beckon: A Conversation with Maxim Loskutoff and DJ Lee," 5:30 p.m., live. The two authors will discuss the scenic valley in the context of their work. Loskutoff has a new novel, "Ruthie Fear," centered on a paranormal occurrence that sends the area's diverse residents into conflict; and Lee's book, "Remote: Finding Home in the Bitterroots," chronicles the disappearance of a friend in the wilderness.

• "If It Sounds Good, It is Good: An Interview with Richard Manning," 6 p.m., pre-recorded. The Montana-based journalist will sit down with Joey Paxman of PM Press to talk about his new book, "If It Sounds Good, It’s Good: Seeking Subversion, Transcendence, and Solace in America’s Music."

• “Where is the voice coming from?” 1 p.m., live. Catherine Lacey, a former visiting writer at the University of Montana, will be interviewed by Vi Khi Nao. Lacey's latest novel, "Pew," was described as "a brave book, in both concept and execution."

• "Writing the West: A Conversation with S.M. Hulse and Larry Watson," 2 p.m., live. Two respected writers of the West will discuss their craft. Watson is the elder of the two, is author of "Montana 1948," and "Let Him Go." Hulse is a rising voice and author of the acclaimed novels "Eden Mine" and "Black River."

• Submittable’s Eliza So Fellowship Reading, 3 p.m., live. Tiffany Midge, the author of "Bury My Heart at Chuck E. Cheese's," is the 2020 winner of the tech company's fellowship, which supports an indigenous writer's book project. She'll read along with the finalists Chelsea Hicks and Shaina Nez, plus runners-up, Casandra López and Ruby Murray.

• "The Self is Without Boundary: A Conversation with Mark Doty and Joanna Klink," 1 p.m., live. Klink, a former UM professor, will discuss her new collection, "The Nightfields," with Doty, who has a Whitman-inspired new book, "What Is the Grass."

• "Race and the Wild West: A Conversation with Laura J. Arata and Lauren Francis-Sharma," 2 p.m., live. Two authors with new titles in nonfiction and historical fiction will discuss the convergence of their themes across genres. Arata's book, "Race and the Wild West," tells the story of Sarah Bickford, a freed slave who moved from Tennessee to Virginia City. Francis-Sharma's novel, "Book of the Little Axe," is set in the Crow Nation of the 1830s, when a woman, who has a son with a chief, re-examine their past.

• "Grounded: A Conversation with Sen. Jon Tester and Jeff Ament," 7 p.m. The two Big Sandy natives will discuss Tester's new book, "Grounded: A Senator's Lessons on Winning Back Rural America," with moderation from his co-author, Aaron Murphy, live from Fact & Fiction downtown.You can email questions to montanabookfestival@gmail.com. Tickets are required, they run $30-$38 and come with a signed copy of the book at montanabookfestival.com.

The Montana Book Festival will be held virtually from Sept. 10-12. Go to montanabookfestival.com for a complete schedule. Registration is required. All events are free except for Jon Tester and Jeff Ament's talk.