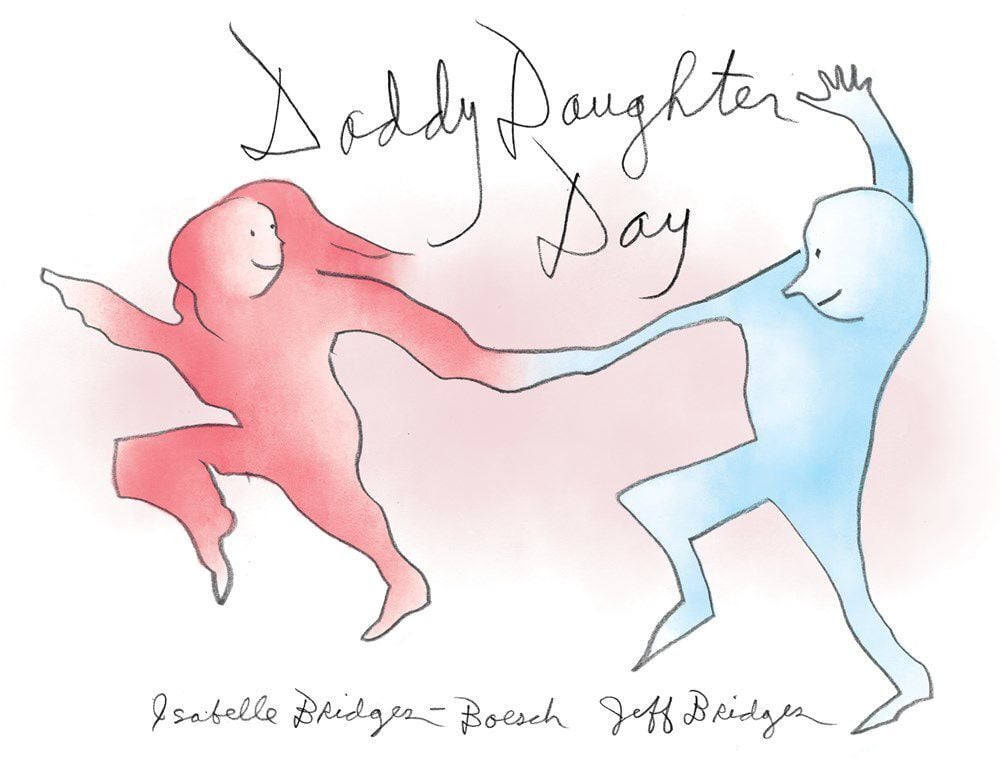 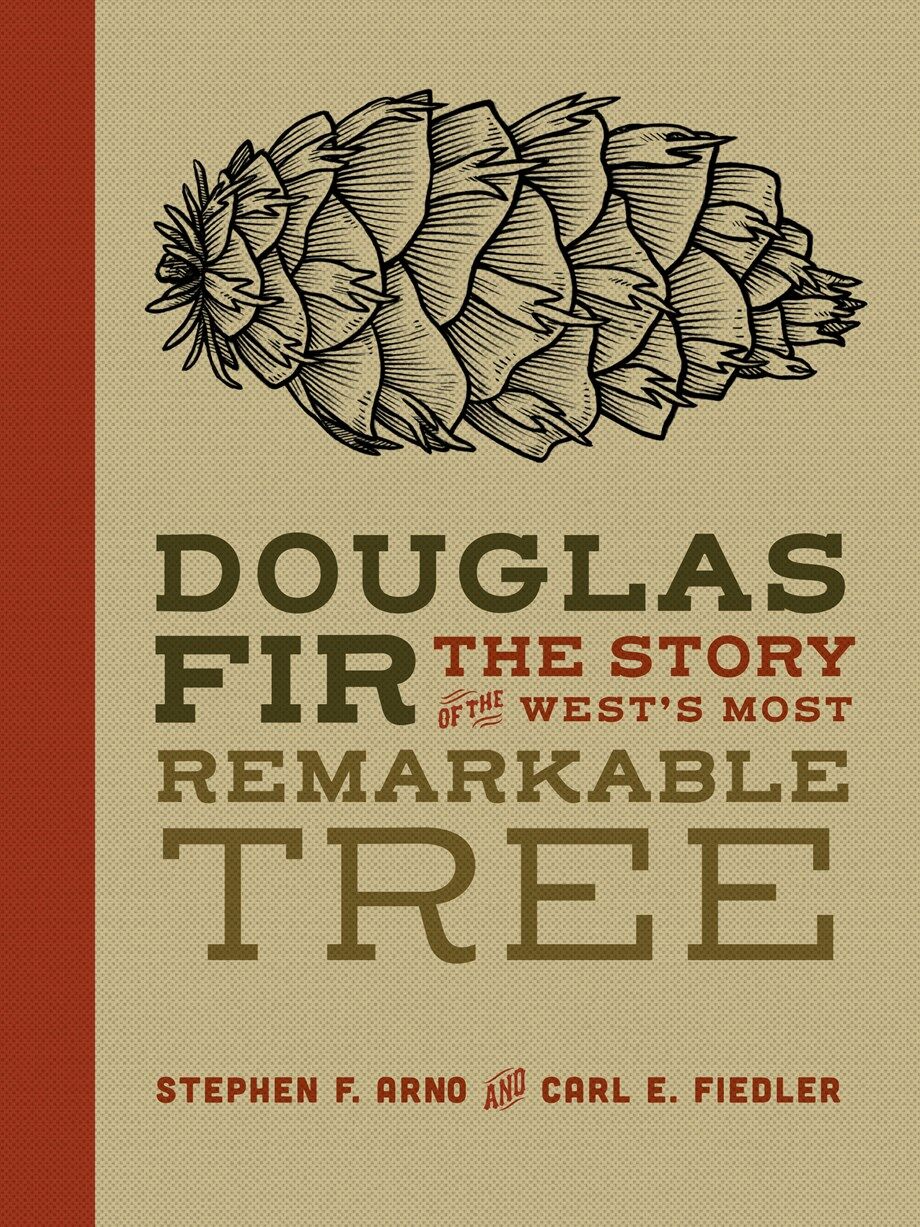 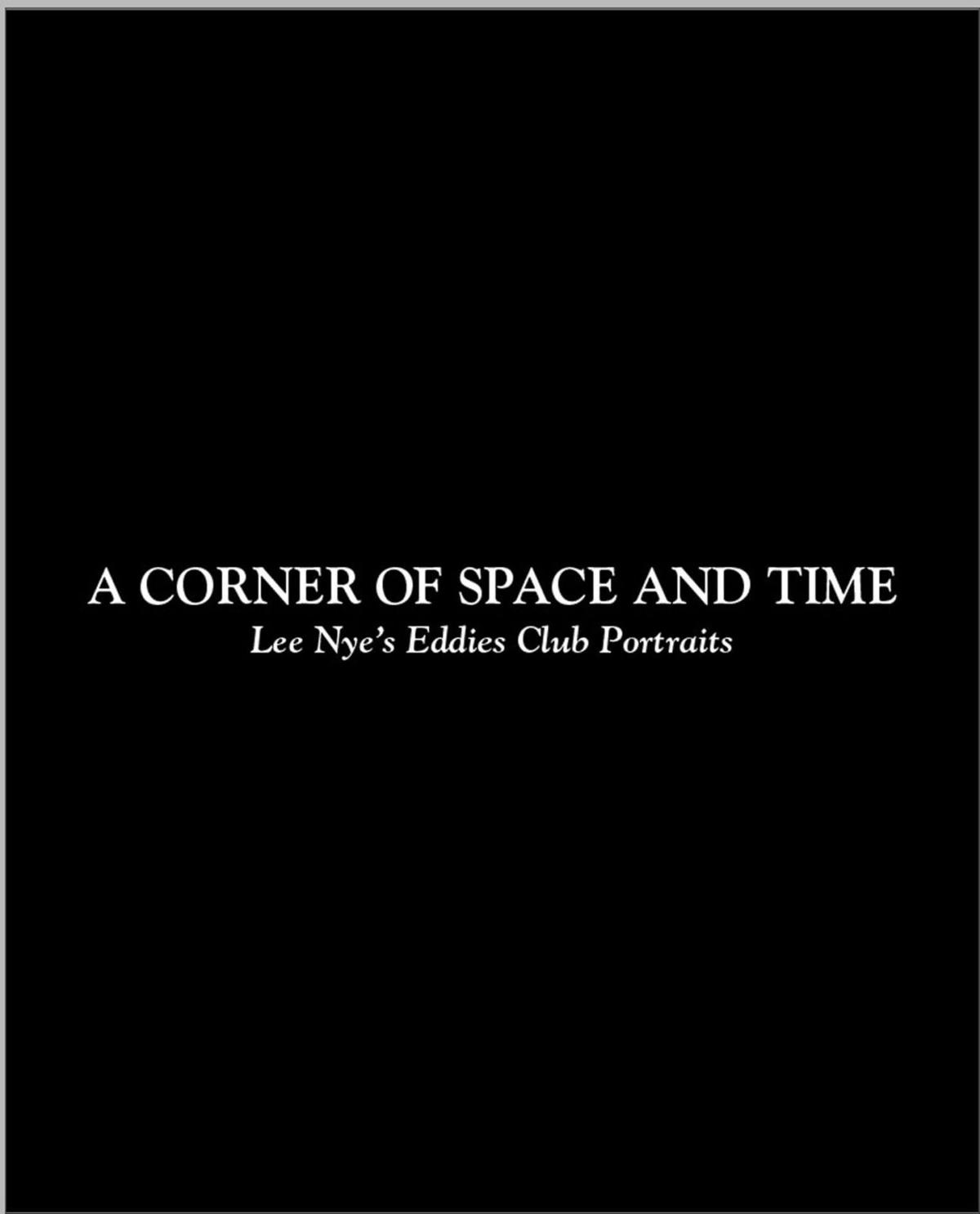 "A Corner of Space and Time: Lee Nye’s Eddie's Club Portraits" collects the photos and stories behind the iconic pictures. 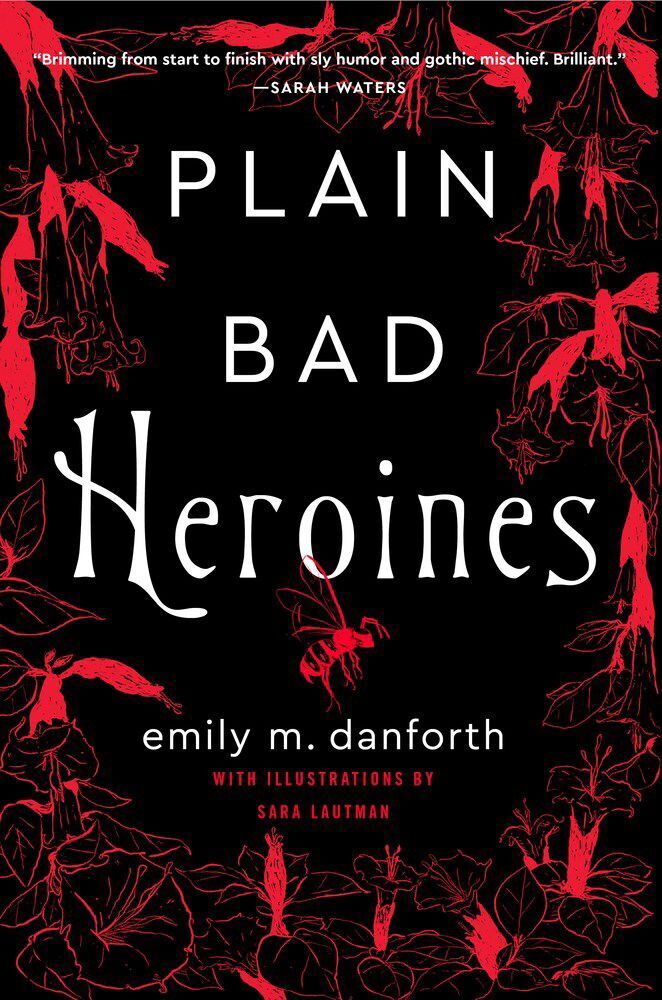 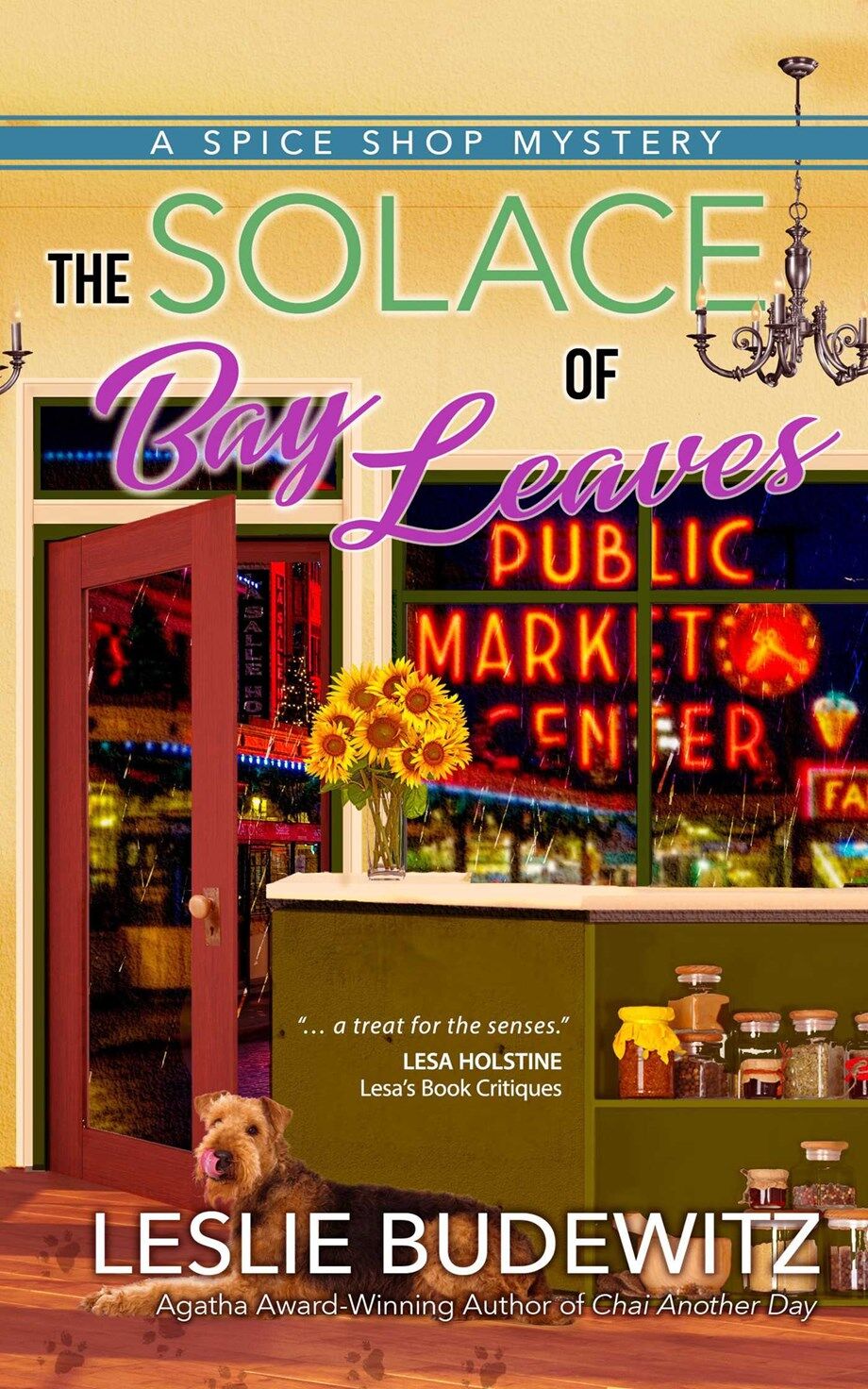 "The Solace of Bay Leaves" by Leslie Budewitz

"A Corner of Space and Time: Lee Nye’s Eddie's Club Portraits" collects the photos and stories behind the iconic pictures.

"The Solace of Bay Leaves" by Leslie Budewitz

The novel begins in 1902, at The Brookhants School for Girls, where two students, Flo and Clara, are obsessed with each other and with a scandalous new memoir by a daring young writer named Mary MacLane. To show their devotion to Mary, the girls establish their own private club and call it The Plain Bad Heroine Society. They meet in secret in a nearby apple orchard, a seeming paradise, where their bodies are later discovered, a copy of Mary’s book splayed beside them, the victims of a swarm of stinging, angry yellow jackets. Less than five years later, the School for Girls closes its doors forever — but not before three more people mysteriously die on the property, each in a most troubling manner.

Over a century later, the abandoned and crumbling Brookhants is back in the news when writer, Merritt Emmons, publishes a book celebrating the queer, feminist history surrounding the “haunted and cursed” gilded-age institution. Her bestseller inspires a controversial horror film adaptation starring celebrity actor and lesbian it-girl Harper playing the ill-fated heroine Flo, opposite B-list actress and former child star Audrey Wells, as Clara. Brookhants is now a film set with a past curse grimly exposed and exploited by Hollywood.

A 600-plus page illustrated comic horror story may not sound like everyone’s cup of tea, but trust me "Plain Bad Heroines" is spellbinding. Footnotes by the narrator make an interesting addition to this tangled tale of history, desire and intrigue. "The Story of Mary MacLane" by Montana author Mary MacLane may also gain new interest.

"Douglas Fir: The Story of the West’s Most Remarkable Tree"

"Douglas Fir" by Stephen Arno and Carl Fiedler presents a profile of the Douglas fir and its relationship to people, commerce, culture and wilderness. Chapter headings include: Coastal Giants, The Tree That Built an Empire, Douglas-Fir Use Through the Ages and Different Forests, Different Fires. There is also a visitor's guide to notable Douglas firs, so you can check out ones near you. The many photographs and illustrations enhance the text which would make a great gift for your favorite naturalist under your Christmas fir tree.

"The Douglas fir literally and figuratively stands among the giants of Earth’s trees and has played a pivotal role in shaping the landscape and culture of the American West. I can’t imagine a better team than Arno and Fiedler to tell us its story ― for the general reader and scientist alike ― with vividness, clarity, insight, and deep scientific understanding," says Peter Stark, author of "Astoria."

During the 2019 Montana Book Festival, Jean Belangie-Nye and Benjamin Ferencz gave a presentation on their collaboration of how to write a book that requires multiple areas expertise and how to develop a Kickstarter program to raise the funding for publication of said book. The book, "A Corner of Space and Time: Lee Nye’s Eddie's Club Portraits" is now available — and so worth the wait!

Lee Nye was a bartender at Eddie’s Club when he began photographing the regulars and making notes on their stories. His photos are still on the walls of Charlie B’s, but now Nye, Ferencz and Aaron Teasdale have given us a chance to hold them in our hands, study the faces and read the history of “the people who built Missoula and Montana.” The book opens with tributes to Eddie’s Club by Jay Rummel and Dave Thomas, includes information on the photography, biographies of the photographed, plus photos and information about Lee Nye. This book is a piece of Missoula history well worth owning.

To a whole generation of filmgoers, Jeff Bridges is “the Dude,” but to a more important group of people he is Dad and Grandpa (Dude-Pa). Now he has new role as illustrator of "Daddy Daughter Day," written by his eldest daughter, Isabelle Bridges-Boesch.

When Belle announces to Dad that this day is “Daddy Daughter Day,” her father says, ”What happens on Daddy Daughter Day?” she replies, “We have adventures, we play.” So the adventures begin turning the house and backyard into a clay work shop, a beauty parlor, and even a circus, with Mom and little brother Sammie joining the fun.

"The Solace of Bay Leaves"

Bigfork resident Leslie Budewitz writes two mystery series: the Spice Shop Mysteries, set in Seattle’s Pike Place Market, and the Food Lovers’ Village Mysteries, set in northwest Montana. Both series combine food, beautiful Northwest places and of course a good mystery. "The Solace of Bay Leaves" features Pepper Reece, who is managing her business, celebrating a new relationship and discovering she might not know everything about her childhood friends.

This cozy mystery is a perfect mix of intrigue, neighborhood development schemes and a great collection of soup recipes.