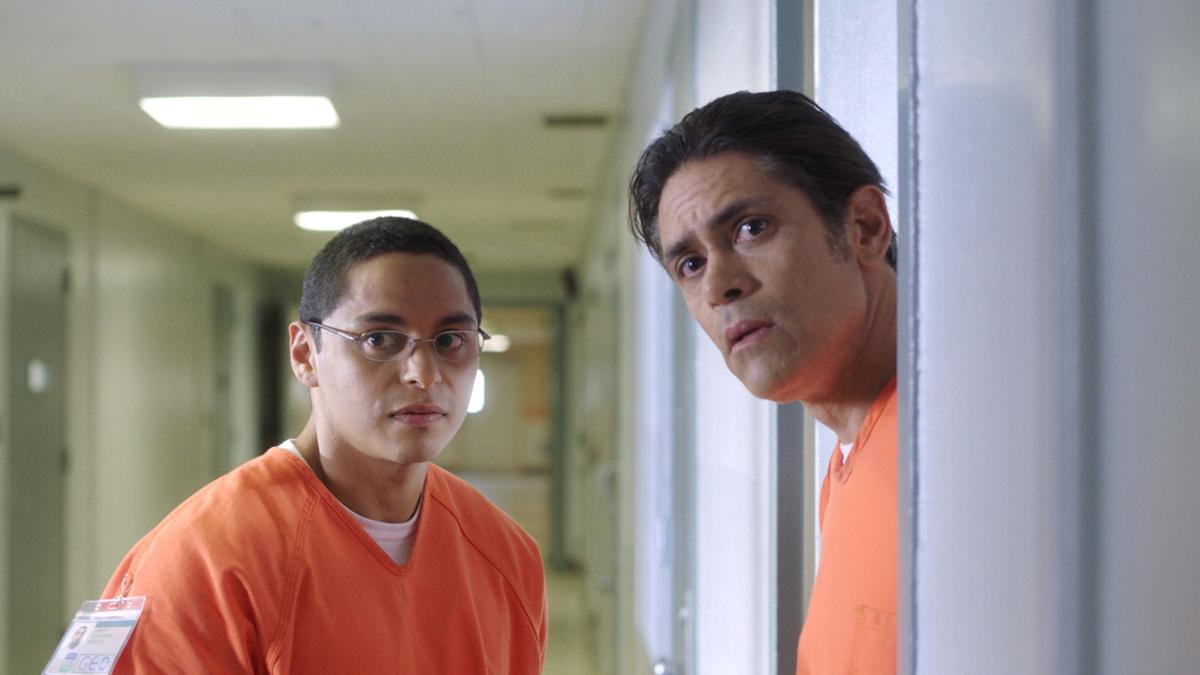 Maynor Alvarado and Manuel Uriza in "The Infiltrators." 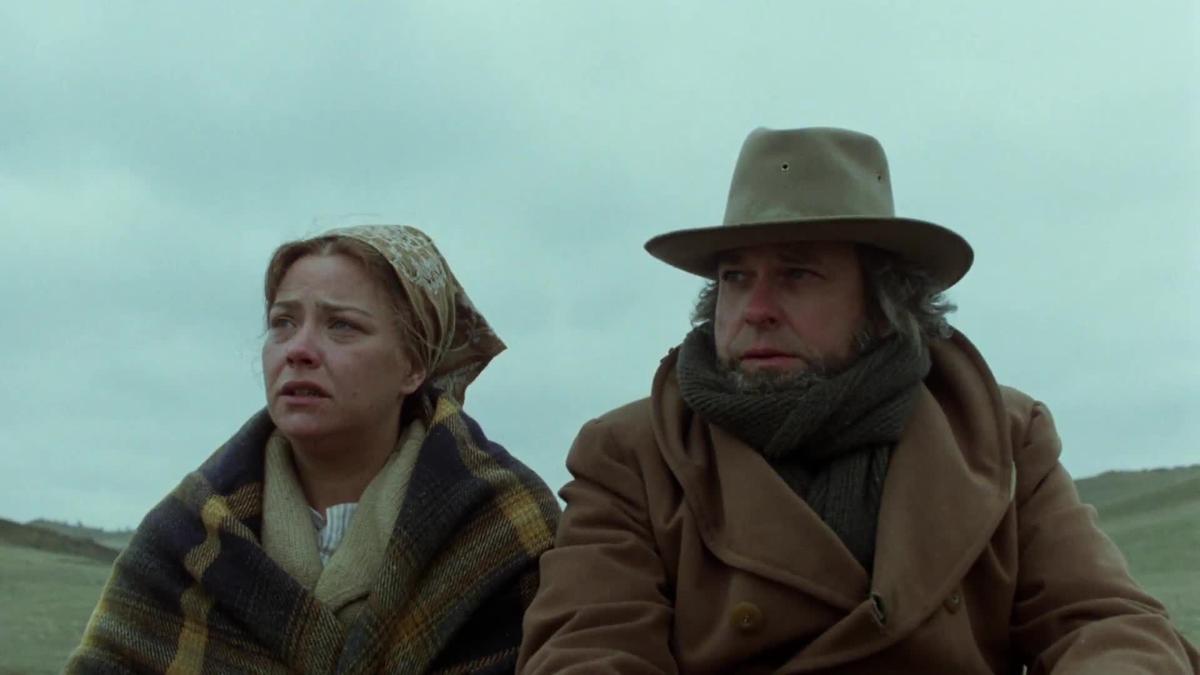 Maynor Alvarado and Manuel Uriza in "The Infiltrators."

The Montana Film Festival is now in its fifth year and — due mostly to circumstance — has fallen into a rhythm of featuring one new and one classic Montana-made film.

This year features “Mickey and the Bear,” set and shot in Anaconda in 2018, along with “Heartland,” a 1979 Western shot on a Montana ranch.

“We hope that the draw is there for the two (tentpoles) and that brings people to the other films that we have,” co-organizer Marshall Granger said.

Even in their fifth year, Granger and co-organizer Alana Waksman said they get some visitors who think the festival is made up of all Montana films.

“The rest of the films are ones that have caught our attention,” Waksman said, either through submission or from other film festivals.

There is still a strong Montana bent to the festival though, especially on the filmmaker side. One film, “Cuck” was directed by Rob Lambert, who grew up in Billings. The annual script reading features Vera Brunner-Sung’s script for “Bitterroot,” a story about an Hmong man living in Montana. She’s hoping to shoot the movie in the Bitterroot in summer 2020.

A featured short, “Montana, GA,” was filmed in Georgia, but Waksman said the director, Ryan Dickie, is hoping to film a feature-length version in Montana. He’ll be scouting for locations while visiting to discuss the film.

“That’s a unique element of the festival,” Waksman said. “To bolster up films in progress and keep them moving.”

The events that have led to an annual tentpole indie set in Montana are more circumstantial, Waksman felt. The Montana Film Office hasn’t had steady tax incentives through the years, and some decisions on why to shoot here are more off-the-cuff. For 2017’s “The Ballad of Lefty Brown,” Waksman said, star Bill Pullman simply suggested they try Montana because he owned land here.

However, Granger and Waksman were already thinking ahead to next year: an indie film is wrapping shooting in Kalispell, according to Waksman, meaning it might be on schedule to release around this time next year.

“It has just become a spot we hold for that,” Granger said. “Without that, the festival would still be what it is.”

Below are some highlights from the Montana Film Festival, which runs Oct. 4-6. A full schedule can be found at montanafilmfestival.org.

This documentary/drama hybrid follows a group of young activists who intentionally get arrested and booked into a detention center for illegal immigrants. Marco Saavedra and Viridiana Martinez gain access to the Broward Transitional Center in South Florida, where they plan to expose the institutional trappings that keep immigrants there for years with no due process, and maybe help some get out.

The drama part comes during the scenes inside the prison, where, obviously, the filmmakers couldn’t shoot Marco or Viridiana. The staged scenes are interwoven with talking-head interviews and documentary footage in a “gripping fashion,” according to a review in the Hollywood Reporter.

“(The directors) Ibarra and Rivera maintain an effortless balance between genre-rooted entertainment and concern for real human suffering caused by governmental policies,” reviewer John DeFore wrote. “They get viewers wrapped up enough in the narrative that it takes a while to appreciate the courage required to set it in motion.”

Filmmakers and comedians have long set their sights on the 'burbs for easy satire — here’s another entry into the canon from improv comedians Jocelyn DeBoer and Dawn Luebbe. They set “Greener Grass” in a non-specific mishmash of decade tropes, with '50s and '60s style hairdos and '80s prep clothes on the husbands. The snark and satire is biting, but, as noted in a Variety review, “99% clean.”

The film features a couple of members of "Saturday Night Live," including Beck Bennett and writer Neil Casey. Other comedians in the cast include Mary Holland, D’Arcy Carden, Will Hines and Lauren Adams.

“Greener Grass” seems, according to Variety reviewer Peter DeBruge, to be a future cult classic, in the off-kilter satirical vein of “Mean Girls” or “Clueless.”

This fills the film festival’s quota for darkly poignant indie drama, with slow, tense shots of rich people being rich, but unhappy.

The protagonist, Hunter (Hailey Bennett), is married to a rich, handsome executive, but she’s not happy and deals with her stress by swallowing items like rocks and marbles. Once she finds out she’s pregnant, Hunter ups the ante, swallowing more and more dangerous items.

There’s a strong feminist slant to “Swallow,” as outlined in Stephen Whitty’s review in ScreenDaily. Hunter controls her body in the only way she can, as her mother-in-law and husband pressure her to wear certain clothes or do her hair in a certain way. Not to mention the societal pressures of acting like the perfect well-to-do wife.

“Yes, she’s deliberately hurting herself, mostly just as a way to remind herself she’s still alive. But also to remind herself that this is her body, something — maybe the only thing — over which she still, ultimately has control,” wrote Whitty.

Continuing a tradition started at their first festival (where "Heartland" was also screened), the Montana Film Festival will show a classic movie shot or set in Montana.

“Heartland,” set in Wyoming and shot on a Montana ranch, was released in 1979 and starred Conchata Ferrell, as a widow who takes a job as housekeeper on a ranch, and Rip Torn, the ranch owner.

Roger Ebert gave the movie four stars in a January 1981 review, calling it a movie that “affirms life,” despite its unblinking look at life on a working ranch, including pig and cow slaughters.

“All of 'Heartland' is stunningly photographed on and around a Montana ranch,” Ebert wrote. “It contains countless small details of farming life, put in not for ‘atmosphere’ but because they work better than dialogue to flesh out the characters.”

A previous version of this article misstated the state of the Montana Film Office's funding.

More in Montana Film Festival: Edgy indie films and a Montana classic (1 of 5)

'Mickey and the Bear' takes a hard, truthful look at small-town Montana

The Montana Film Festival runs from Oct. 4-6 at the Roxy Theater.

A full schedule of films and events can be found at montanafilmfestival.org.

All-access passes are $70 and include entrance to every screening, the script reading, MT Film Forum and special music and food events.

'Mickey and the Bear' takes a hard, truthful look at small-town Montana