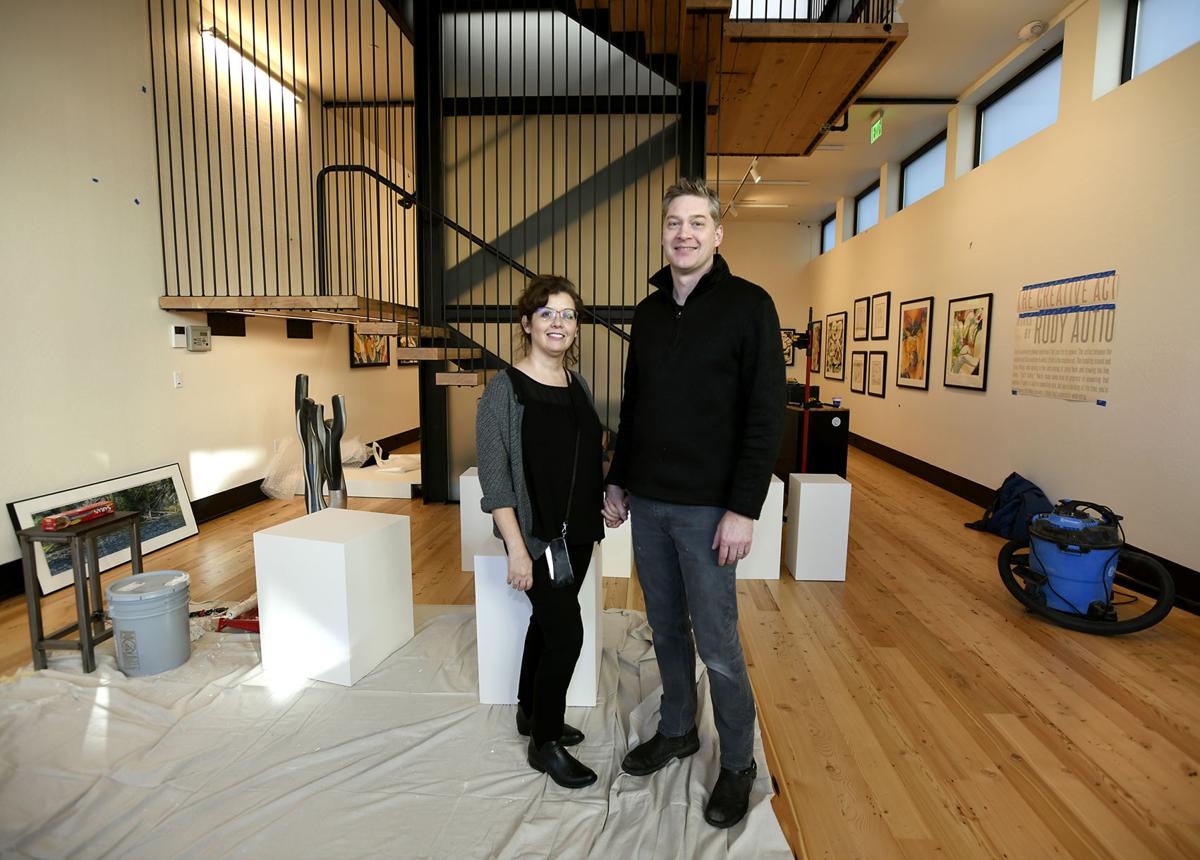 Lisa Simon and Jason Neal, owners of the Radius Gallery, stand in the lower gallery space of their new building on Higgins Avenue. The new building has more galleries and will let Radius exhibit more shows by regional and local artists. 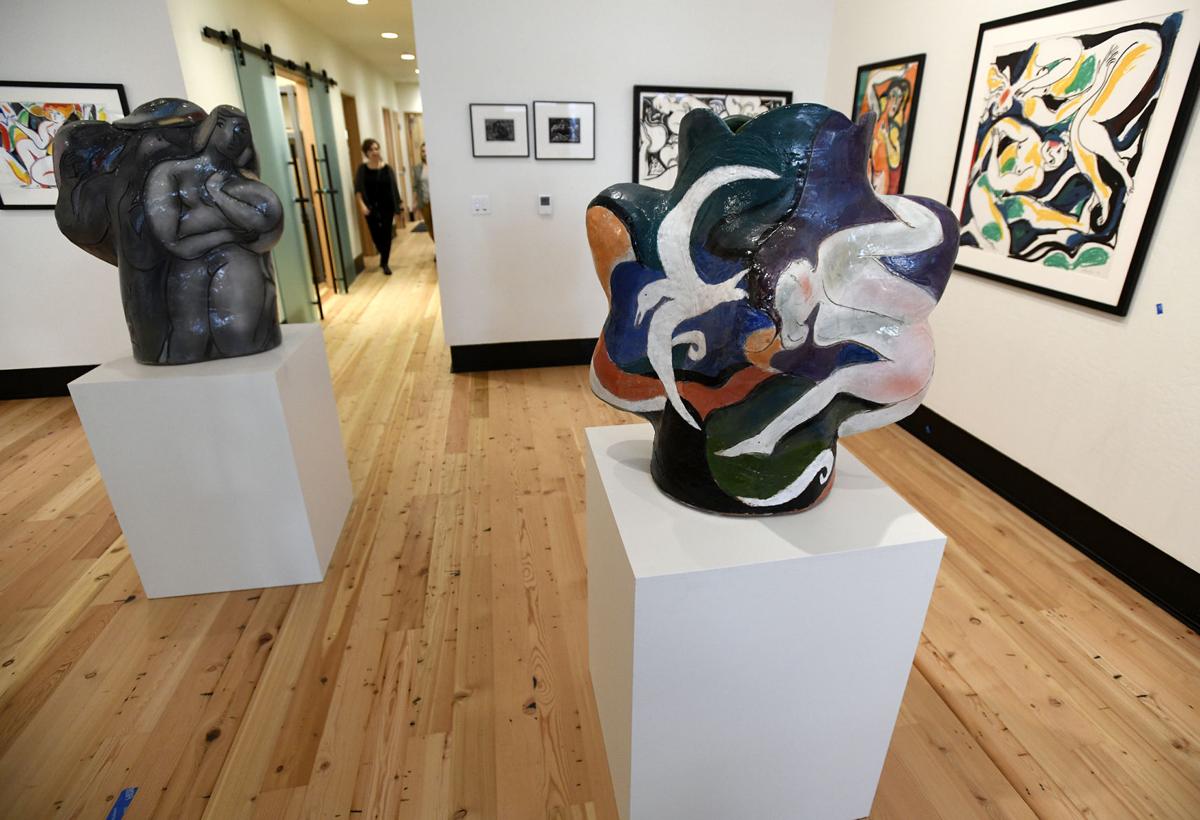 An exhibition of Rudy Autio ceramics pieces and prints and works on paper will be showcased during Radius Gallery's grand opening. 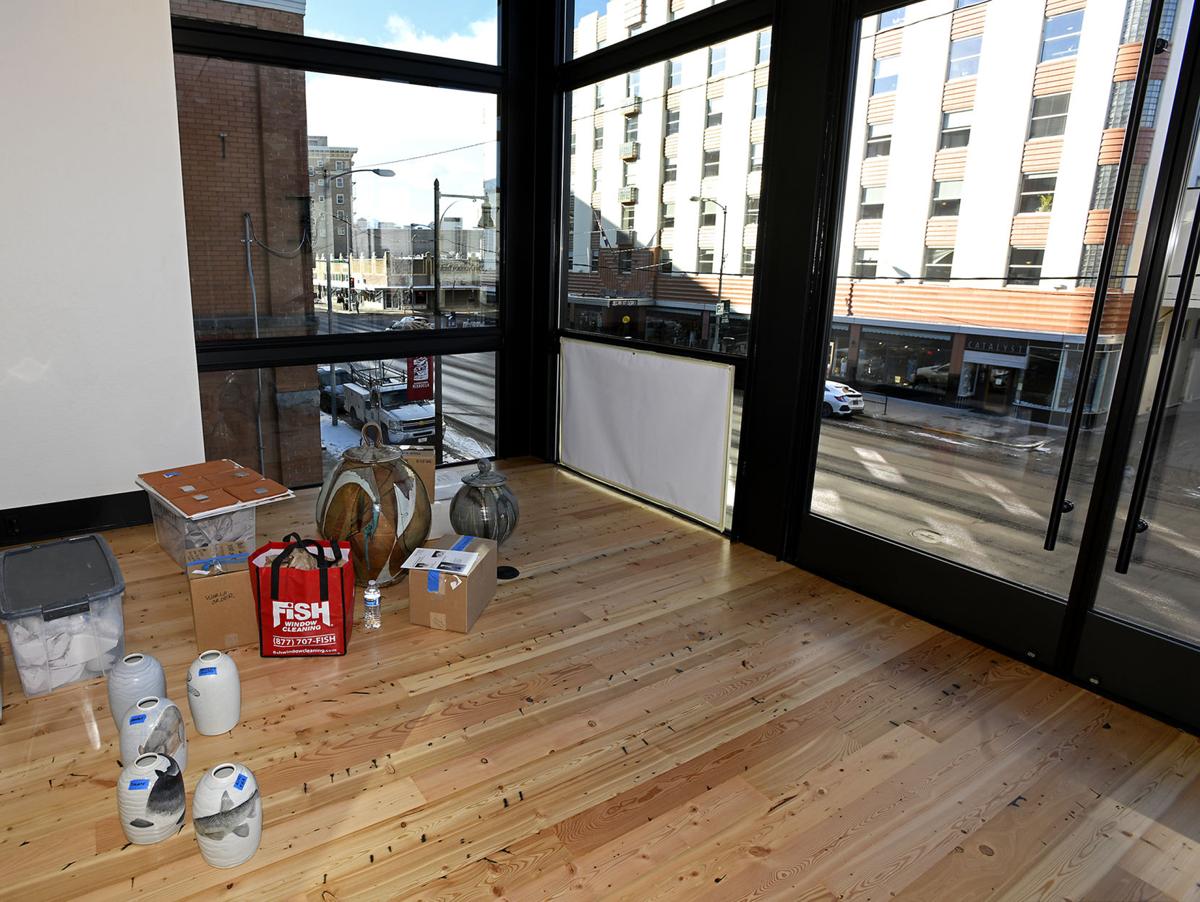 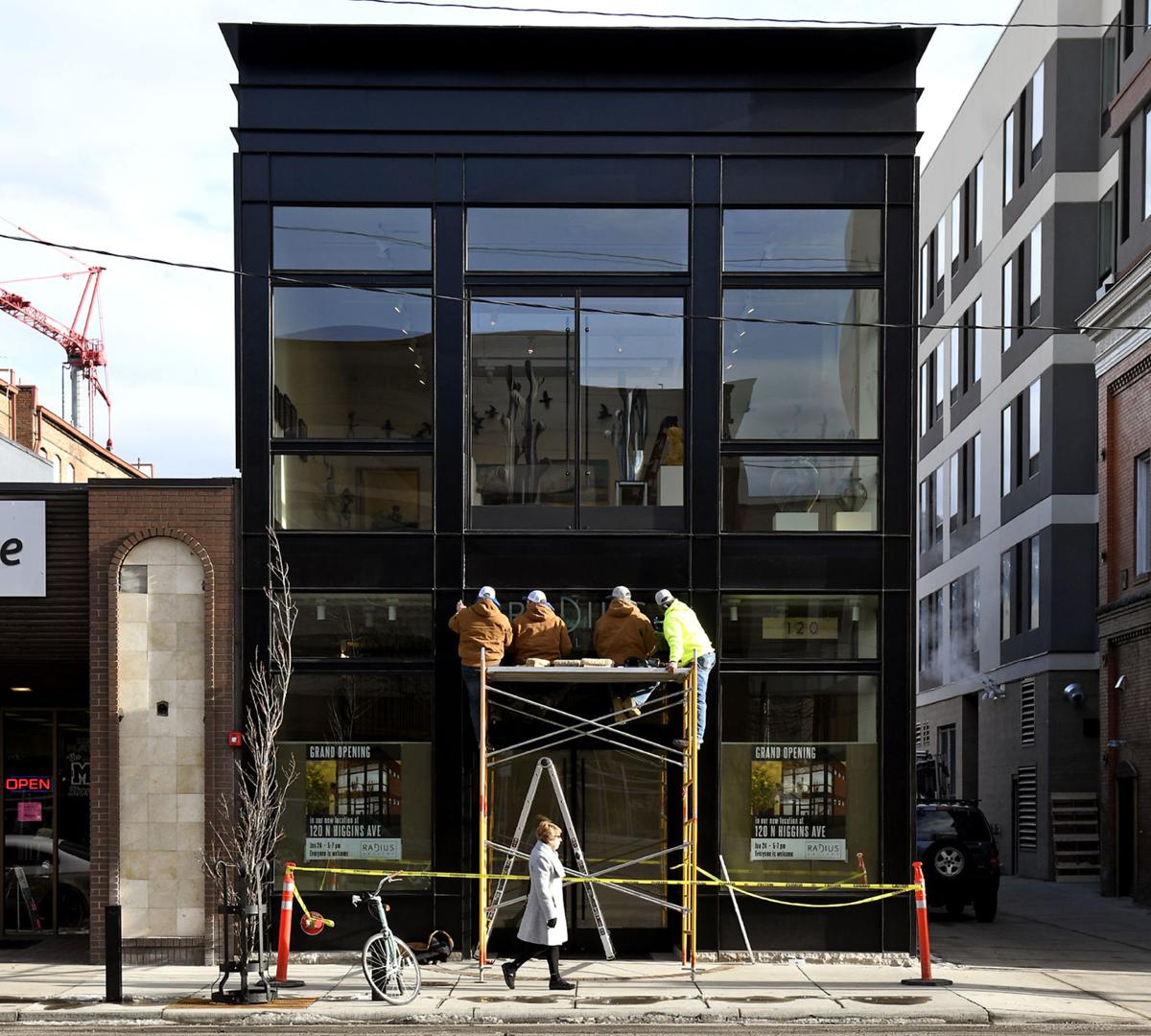 The new Radius Gallery opens on Friday with more space for local and regional artists' work.

Lisa Simon and Jason Neal, owners of the Radius Gallery, stand in the lower gallery space of their new building on Higgins Avenue. The new building has more galleries and will let Radius exhibit more shows by regional and local artists.

An exhibition of Rudy Autio ceramics pieces and prints and works on paper will be showcased during Radius Gallery's grand opening.

The new Radius Gallery opens on Friday with more space for local and regional artists' work.

In 2014, the Radius Gallery opened in downtown, betting that there was an untapped audience for contemporary art, particularly work made by local artists who didn't often exhibit in their home city.

They felt that Missoula "desperately needed a contemporary art gallery that was front and center," said Lisa Simon, who co-owns Radius with her partner, Jason Neal.

Both had pivoted from careers outside the world of galleries, meaning that the venture was a risk.

On Friday, they'll reopen in a brand-new, two-story building right on Higgins Avenue next to the Merc hotel, giving their roster of local and regional artists an even more prominent showcase.

Brian Sippy, a retired surgeon-turned-arts patron who built and owns the new building, said he admired Radius' emphasis on the artists and on community and education, and "felt that downtown didn't have a jewel box for the fine art being made in our backyard."

The grand opening for that jewel box is on Friday with an exhibition, "The Creative Act," showcasing work by Rudy Autio, one of the most famous artists Missoula, or Montana, has ever produced.

The ceramicist, who died in 2007 at age 80, made his mark on the art form nationally, pushing it into an expressive realm rather than a strictly functional one.

Radius worked with his family to select work from their collection, including large figurative pots and prints and works on paper, largely created after he retired from the University of Montana, and many of which have never been seen before.

"We thought it was a perfect pairing because he is at the inception of contemporary art" in Montana, Simon said. In February, they'll host a publication party for a second printing of his memoir, "It Comes Around Again."

As a whole, they liked their original space on East Main Street. The new one, though, "allows us to do more things simultaneously," Neal said. They were limited not by size necessarily, but the number of shows.

The new building, which was designed by Don MacArthur of MMW Architects, is a sleek space. Some features echo the historical "pharmacy building" section of the Merc across the alley, with arches and bricks, forming a "contemporary cousin," Simon said.

When you walk in off Higgins, there's a space with 16-foot-high ceilings and museum-grade lighting, that will be dedicated to work by its represented artists and regulars, which include ceramic artist Julia Galloway, and 2D artists like Courtney Blazon, Stephanie Frostad, and more.

Continue through, and you'll enter the large space for rotating exhibitions, which will no longer compete with the gallery's represented artists.

Head up the airy staircase, which was made with U.S. steel and reclaimed wood like the rest of the building, and you'll find a new feature. With plate-glass windows overlooking Higgins, they're creating a dedicated ceramics gallery where they eventually want to "tell the story of Montana ceramics," including figures like Autio and Peter Voulkos who revolutionized the art form around the country starting in the 1950s onward.

Toward the back of the second floor, they've created a "heritage gallery," that will focus on art and artifacts from earlier eras in a history-minded contrast to the contemporary bent of the other spaces.

The gallery is another visible marker that the arts community is growing along with the city as a whole.

A few blocks away on Main Street, the Zootown Arts Community Center occupies a renovated Studebaker Building, with multiple spaces for gallery shows and other arts activities.

Last year, the Montana Museum of Art & Culture announced a $5 million donation toward a dedicated facility on the University of Montana campus; and the Drift, a $100 million civic center with a large performing arts venue at Front and Orange streets, is moving ahead.

Radius is a signal of the potential for a commercial gallery. Before they opened in 2014, Simon taught English at the college level and her partner, Neal, a web developer, saved for years and pivoted mid-career to open a gallery with a modern sensibility.

"We still love landscapes, we still love buffalo, but we love them in a contemporary way that shows the hand of the artist, that is expressive, that is not just pure realism," Simon said.

They sought out artists like Galloway, a ceramics professor at the University of Montana, and Adrian Arleo, a ceramic sculptor, who live in the area but didn't often show their work in Missoula, instead shipping it to larger art markets.

"They're very excited to let Missoulians, to let people in the community where they live, actually see the work they make," Neal said.

In an email, Galloway said the two are "sincerely interested" in helping bridge artists like herself and residents.

"Advocates for community, Lisa and Jason have developed a gallery that brings people together. The new display space is tremendous; beautiful design and lighting, it glows warmly over Higgins (Avenue) at night. This gallery is a treasure to have in Missoula, and raises up contemporary art in Montana and the Northwest," she wrote.

Again, that local flavor drew in the Sippys, who bought the Uptown Diner and demolished it for the new $2.9 million building, specifically with Radius in mind as a tenant.

Karen Sippy grew up in a family of artists, and Brian, a retired ophthalmologist, served on the board of the Missoula Art Museum for nine years. They're opening a new business, Art Vault, in the basement, offering secure climate-controlled storage for art and other valuables. Their tag line is, "900 square feet of secure storage for precious things," a complementary mission with the gallery's.

Brian said they want to tie the new building to a previous occupant of the lot, if not the same physical structure that once was the Uptown Diner: the McKay Art Company, owned by photographer Rollin H. McKay. They're planning a faux-ghost mural referencing his life, along with a new-to-Missoula feature: a removable mural project for the alley that the building shares with the Merc hotel. Panels could be hanged on a peg system, and artists, schools or visiting organizations could create a mural, and after a set period of time it could be removed either for sale or display elsewhere.

The new Radius Gallery has grand opening with a new exhibition, "The Creative Act: Works by Rudy Autio." The reception is Friday, Jan. 24, from 5-7 p.m. The work is on view until Feb. 29. The new gallery is located at 120 N. Higgins Ave. Hours are Tuesday-Friday, 11 a.m.-6 p.m. and Saturdays from 11-3. Go to radiusgallery.com for more information.