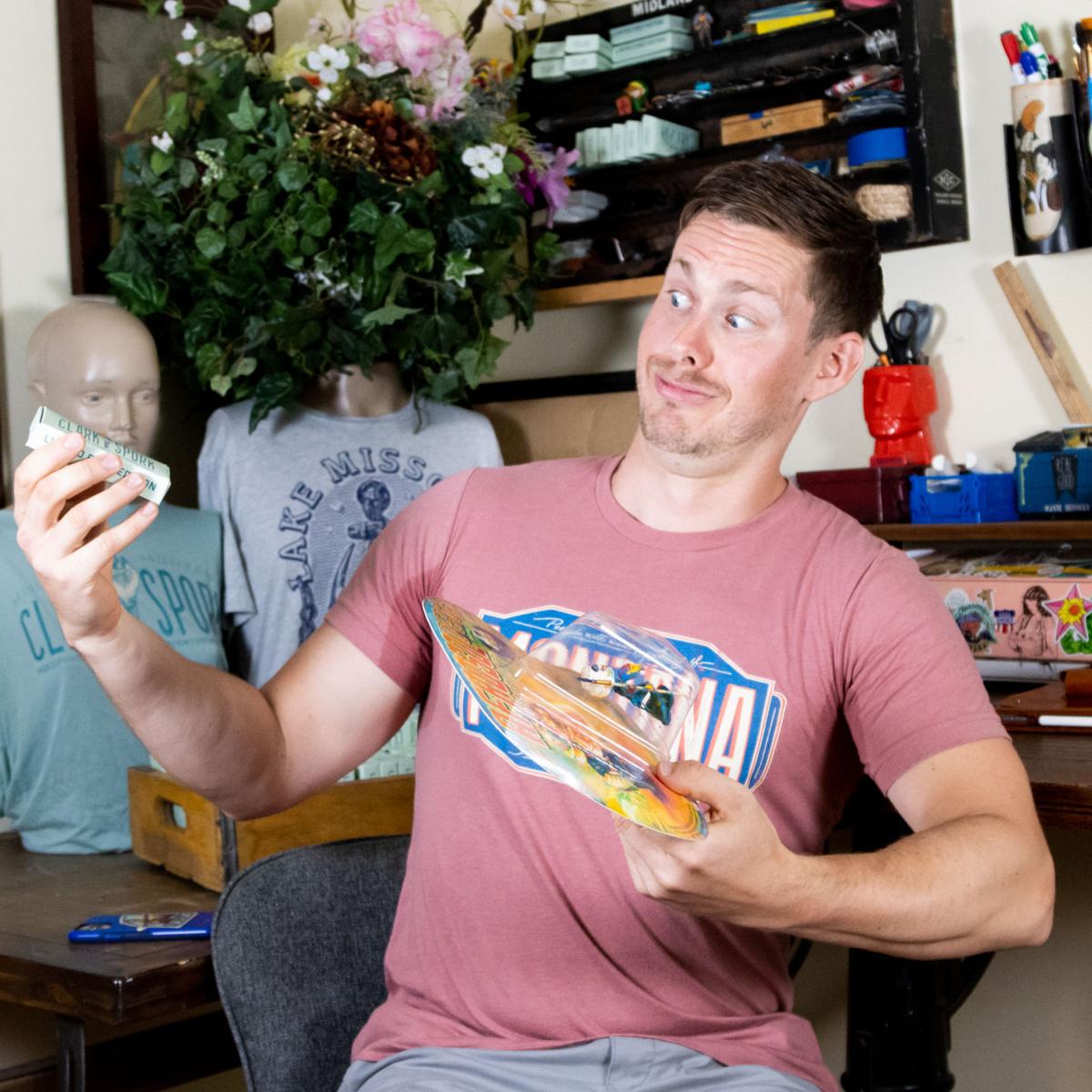 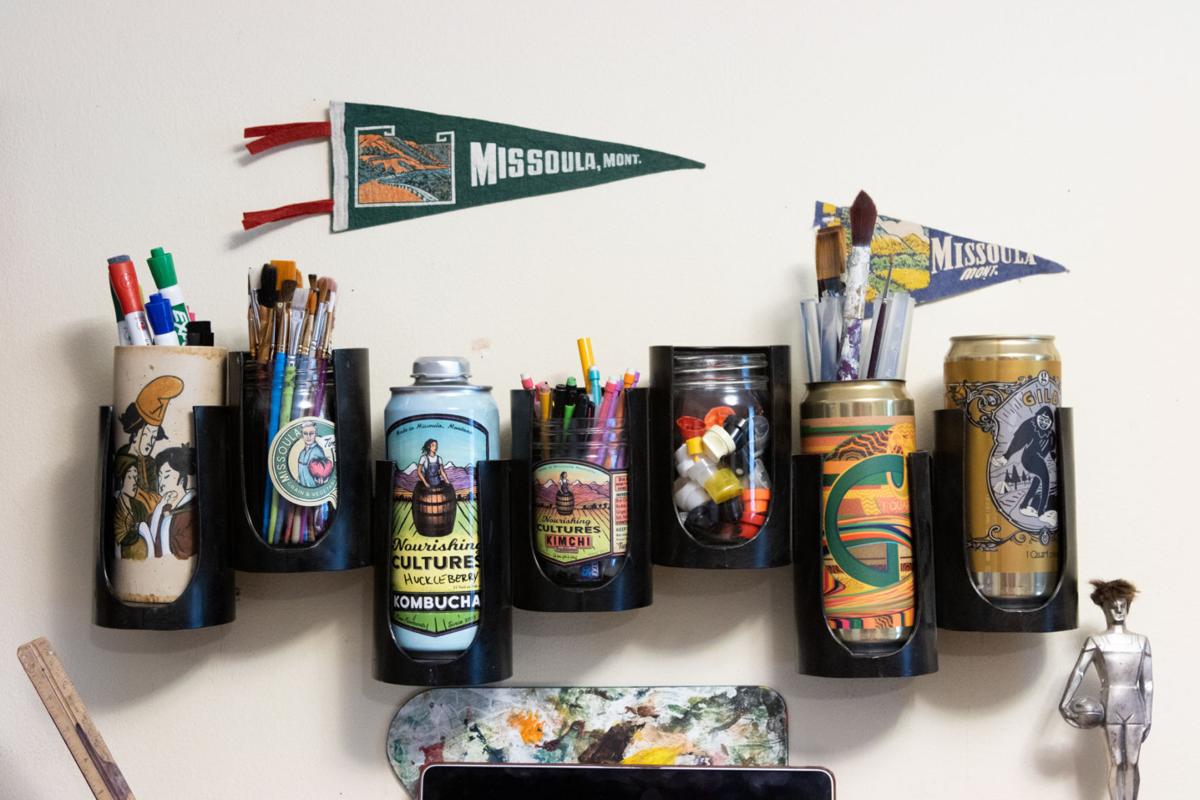 Paint brushes, markers and a couple of cans with designed artwork hang from a shelf at Parker Beckley's personal studio at his home in Missoula. 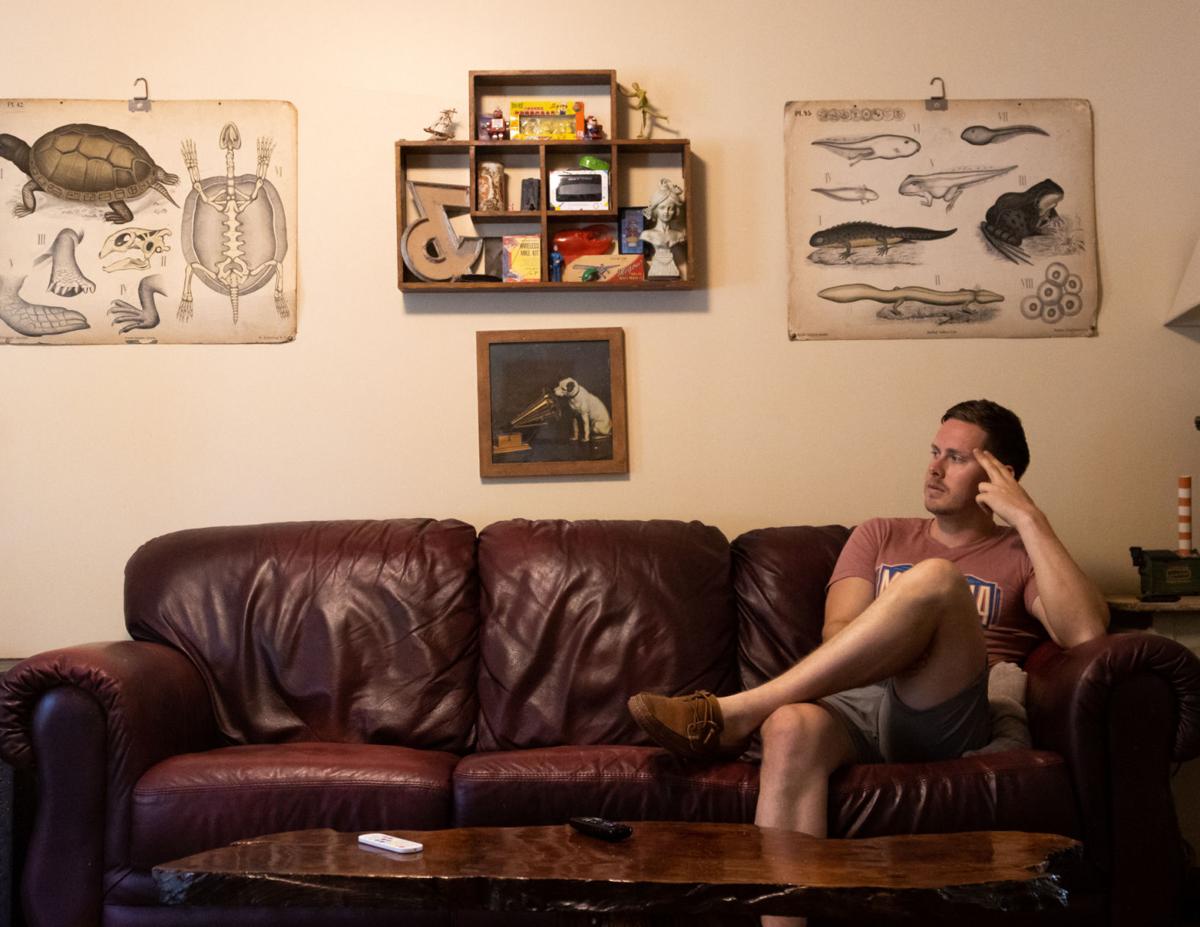 Parker Beckley does most of his design work from home, where he's noticed the artist community in Missoula transform over the years, especially during the pandemic. 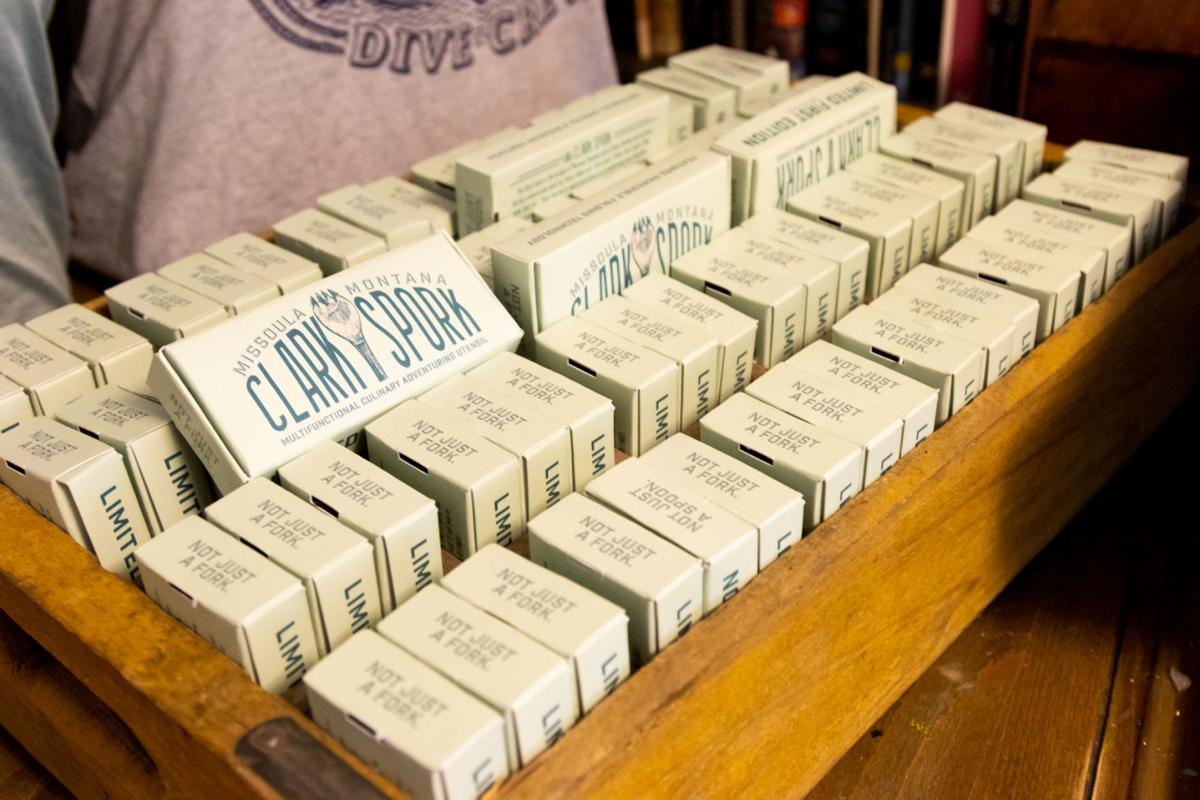 Paint brushes, markers and a couple of cans with designed artwork hang from a shelf at Parker Beckley's personal studio at his home in Missoula.

Parker Beckley does most of his design work from home, where he's noticed the artist community in Missoula transform over the years, especially during the pandemic.

Neither would T-shirts and stickers that tell of the “Lake Missoula Dive Crew” or the equally nonexistent “Clark Fork Inner Tube Co.,” all designed by Parker Beckley during the pandemic.

Beckley, a Missoula native who studied art at the University of Montana, does commercial graphic design and murals — he painted large wall pieces in Saketome and has done similar work and graphic design for Gild Brewing and Bridge Pizza.

He was in Norway in spring 2020 when COVID hit, moving back to Missoula by that fall. One early point of relief was crowler designs for Gild and Nourishing Cultures Kombucha, and he expects that both murals and design will begin to ramp up enough soon.

While re-organizing his website, he realized he had a solid portfolio but no products to sell, and began creating shirts, stickers, posters and, finally, the spork.

“The Clark Spork was like the end of this phase. Now I have like 20 things in my shop or whatever. Something good came out of COVID,” he said.

One shirt pokes fun at minimalist T-shirt design. A mountain range in a spare style with soft colors, with a font that wouldn’t be out of place on an indie-folk band or an inspirational Instagram quote wrapping around it with the text: “Missoula Montana. This is a shirt with Mountains, a River and an emphasis on the words.”

He says it’s probably for a specific type of person, but would “rather have it be like a favorite shirt than just another shirt that’s in your closet.”

A throwback to 1960s horror movies depicts “The Creature of Lake Missoula,” with hand-drawn pulp-style lettering. “The chilling terror that lurks the glacier waters” appears to be some sort of walrus-bear beast, seen hurtling out of the water, with Jumbo and Sentinel visible in the background. The wreckage in its wake? A crushed Main Hall. Bearing witness? A kayaker in a brimmed hat. Another says “Montana” in all caps with tiny cursive letter that reads, “people will wear anything if Montana is written big enough on it.”

To go with the Lake Missoula monster gear, he mocked up a fake newspaper front page for the Tuesday, May 2, 1933, edition of The Glacial Times (“the largest circulation of any paper in Glacial Lake County”) boasting a “war is declared” size headline that says, “Creature seen in Lake Missoula,” with the subheadline, “residents terrified as mysterious beast rises from the ice!” In addition to faux old-timey blurry photographs of the alleged creature, there’s a full page worth of type, printed like a real newspaper plate.

A polo shirt for the “Lake Missoula Yacht Club,” or caps and tank tops for the “Clark Fork Inner Tube Co.” are minimalist and more subtle in their design. The joke is that it could be an “industrial inner-tube factory” that dumps toxic waste into the river. He says there’s “an undertone of depressed sarcasm” running through some of them, as the city’s growth keeps increasing and it’s become more difficult for artists to find affordable workspaces, much less housing.

The shirts are made to order online through a company in the U.S. to avoid ordering in volume. “The model I have is three different shirt color options, all sizes for extra small or XL,” he said. This way, “I don't have to have any inventory.”

One of these organizations in the shirts, Art Sports Leisure League, is real. It grew out of an undergrad kickball league. Eventually he designed cornhole boards, and the meet-ups at parks around town can involve bocce as well.

The foldable sporks, meanwhile, were ordered from a manufacturer in China. He designed the text logo “Clark Spork Missoula Montana” and ordered a metal stamp to a watchmaker in the Ukraine so he could imprint it on the sporks, which proved durable. (He had to borrow equipment in a machining shop.)

Part of it is that he likes to learn how to design products and experiment with them, whether cans, sporks, or graphic design for spork boxes. The box boasts notes that it’s “a limited first edition (and likely only).” He said it’s a “classic” situation in which a stupid, funny idea turns into months of work.

He made a series of 25 toys, “Aerosoldiers,” like Army soldiers with spray-paint aerosol nozzles for heads.

He uses an iPad for most all of this 2D work, in part because of the freedom to experiment. The soldiers come in 1980s-style packaging, with seemingly hand-painted graphics and custom text. “I went deep on those, like every one of those has their own back story.”

There's a certain logic tying all of the projects together, even if it seems somewhat strange at times.

“All of this is stuff that I would want myself,” he said.

For more information on Parker’s work, go to parkerbeckley.com. He’ll be selling Clark Sporks on Saturday on the Higgins Avenue Bridge during farmers market hours.

Entertainer- Save our Stages 05