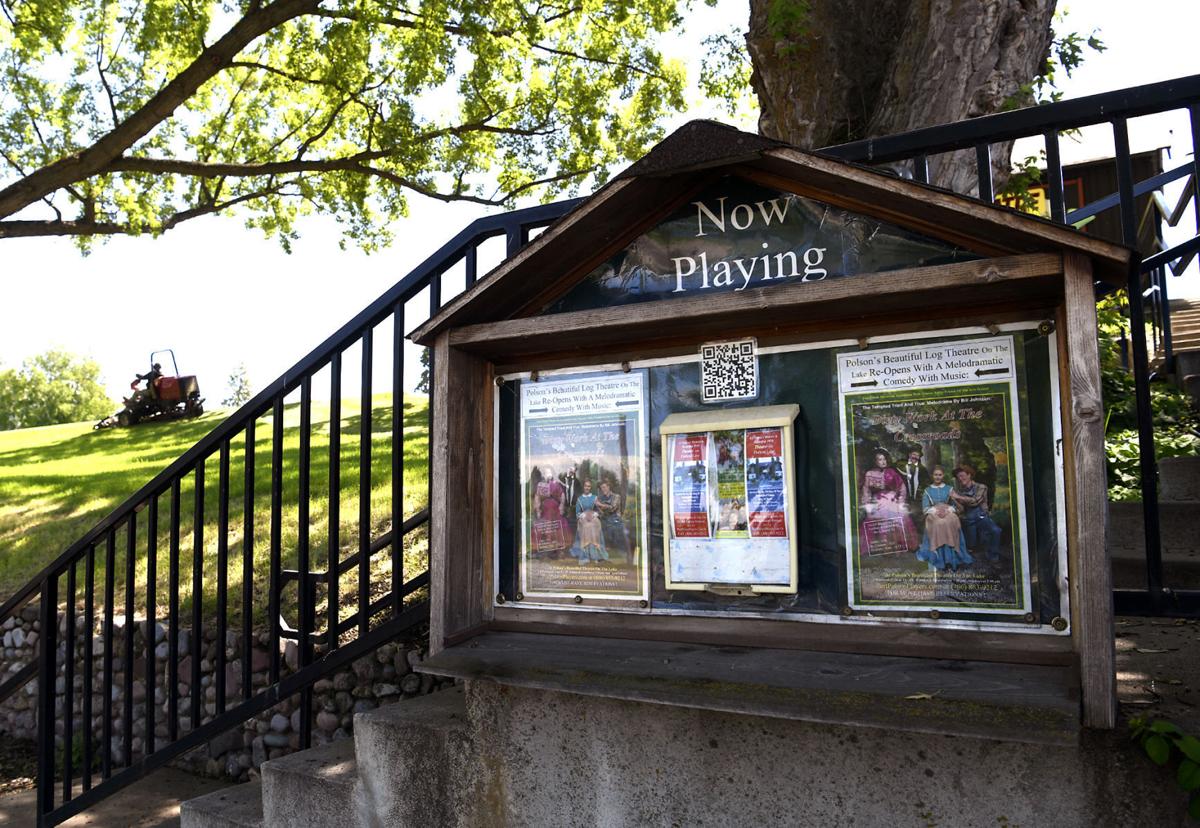 The Port Polson Players have a full summer schedule after being shut down by the pandemic last year. 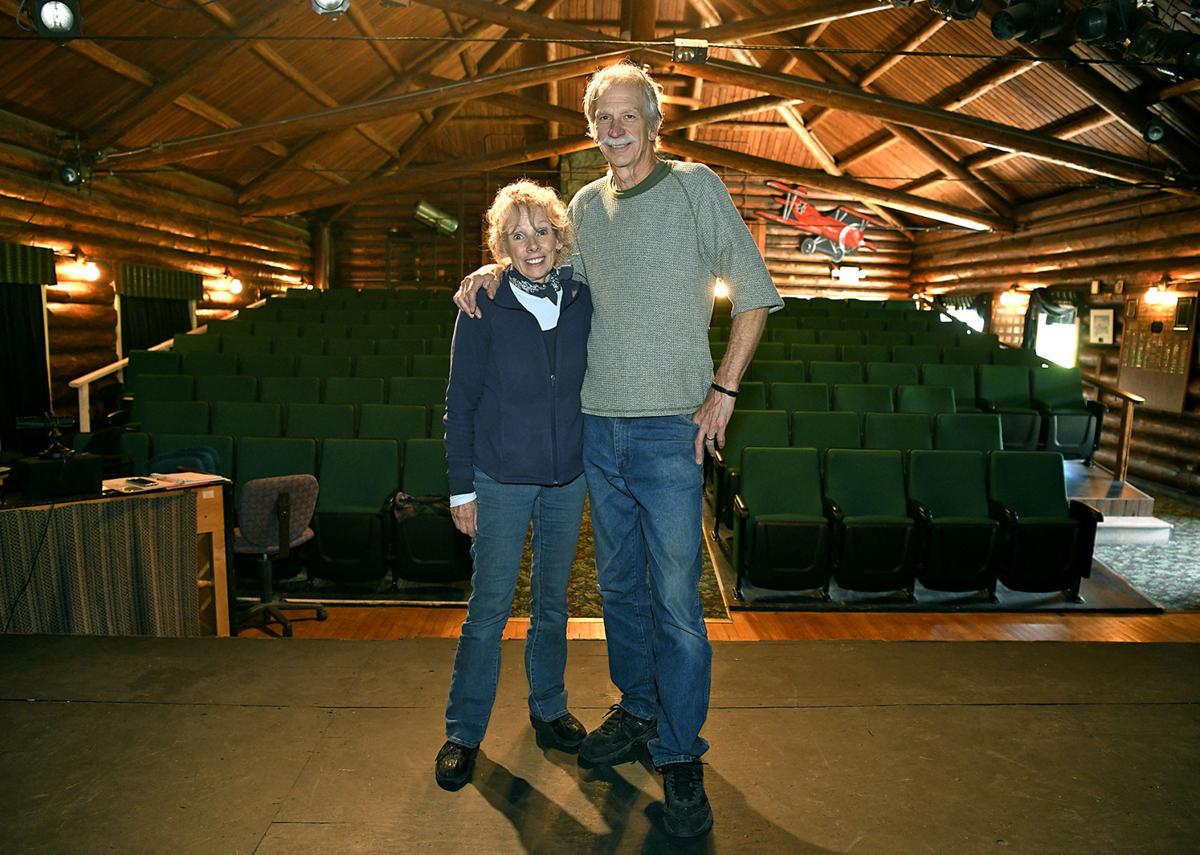 Karen and Neal Lewing are opening the Port Polson Players' first show in more than a year.

The Port Polson Players have a full summer schedule after being shut down by the pandemic last year.

Karen and Neal Lewing are opening the Port Polson Players' first show in more than a year.

POLSON — Theater’s always been the only thing for Karen and Neal Lewing.

“This is all we’ve ever done,” Neal said. “You know, 56 years and somebody just pulls the rug out. Now what?”

Their Port Polson Players reopened this weekend for the 47th season and its first show since December 2019 with “Dirty Work at the Crossroads,” a vintage melodrama.

Putting on theater is “all we’ve ever wanted to do, really,” Neal said, and getting back to work “is a gas, it always has been.”

They’re going to keep it at 75% capacity for the time being, and they’ve had a full season at the ready for more than a year.

“We’re lucky that we had all this ready to go, so it isn’t like starting from scratch,” Karen said.

“Dirty Work” is one of the original melodramas, Neal said, so much so that others pulled their titles from lines in the show. It was originally performed in gas-light theaters, so the actors' gestures “are huge, make-up is big and extreme.”

Next up in July is a Montana premiere, “The Pin-Up Girls,” a musical comedy that pays tribute to veterans. It features a cast of Missoula actors and is directed by the Lewings’ daughter, Anna Loehrke.

In March 2020, the Lewings were about to open “The Sunshine Boys” for the Fort Peck Theatre when the pandemic triggered a shutdown of that company’s season. They returned to Polson, talked to their board of directors and decided to postpone and then eventually cancel their season.

They decided not to do any livestreams, since they felt they’d need professional camera operators to make it work.

“You need that interplay between you and the audience,” Neal said.

Local support was strong despite the closure. The nonprofit Mission Valley Friends of the Arts roped in donations, even though the company didn’t have any shows to produce, and the city extended the lease on the property through 2040.

The John Dowdall Theatre is a 1938 log building on the Polson Bay Golf Course with a view of the Mission Mountains in one direction and Flathead Lake in the other, where the Lewings have worked since 1986. It’s been renovated and converted with money raised by the Friends of the Arts, who led a campaign to preserve it.

“We’re proud of this building,” Karen said. “It screams Montana.” The log interior has strong acoustics and the actors don’t even need to use mics. “We train our people to project, and volume equals energy, so our shows are high energy.”

The stage space is best suited to small-cast shows, although they’ve fit 50 people on it before. They don’t stick to a particular genre — they like to do musicals (“we’ve done them all,” Karen said), original scripts, classics, Shakespeare.

“We like to keep it interesting for the audience and for us,” Neal said.

The cast members for the summer shows, which lean toward professionals, compared with the offseason community theater, come from Missoula and the Mission Valley. Theater’s “the great equalizer,” Neal said, where experience, politics, religion, race and profession all disappear when they walk through the door.

With that “stable of actors,” as Neal called it, they can look at what the right time to do a particular show might be.

The third feature of their programming is children’s theater with local schools, which they’ve been doing so long that Karen said they’ve had “kids of kids of kids in our shows.”

Neal recalls going to an event and a woman who’d been in many of their shows over the years, and now had kids of her own, said “Oh my God, you look exactly the same.”

“I said, ‘you mean we always looked old and tired?'”

In the interim of COVID, they had time for some renovations around the property (including some extra parking), and they completed an original musical, “No Coward’s Epitaph,” based on the life of Thomas Francis Meagher, Montana’s first territorial governor, that will premiere in the fall.

An Irish rebel who was sent to Tasmania, escaped, then came to the United States and fought in the Civil War, earning a post in Montana, he died under mysterious circumstances — he fell into the Missouri River and was never found.

The two Meagher enthusiasts have visited archives, gone to Ireland, and befriended the owner of the hotel in Waterford where he was born. Neal even has done a version of Meagher’s life in the form of a one-man show.

The 10-person show has “beautiful lyrical themes that portray the characters,” Karen said.

While he’s been the subject of books already, Neal thinks it’s useful to try “theater as a vehicle to get that story out,” adding that “music is our most powerful teaching tool.”

Go to PortPolsonPlayers.com or call (406) 883-9212 for reservations or more information.

"Mandy and the Familiar"

'Putting on the Dog: The Animal Origins of What We Wear'

'Quest' brings the elements, from rain to fire, inside the theater