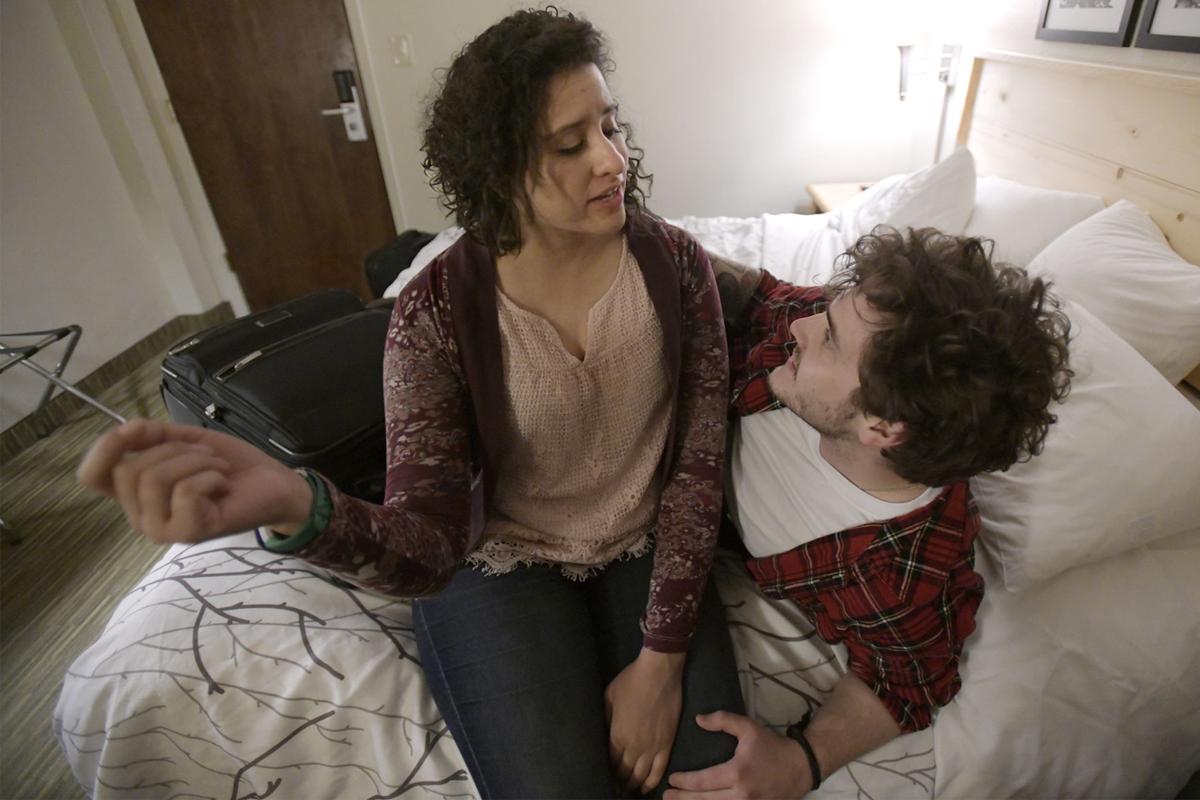 University of Montana students Danielle Sather, left, and Ryson Sparacino play a couple on a trip in "Room Service," a series of short plays staged in hotel rooms. It's the Montana Repertory Theatre's latest Plays on Tap series. 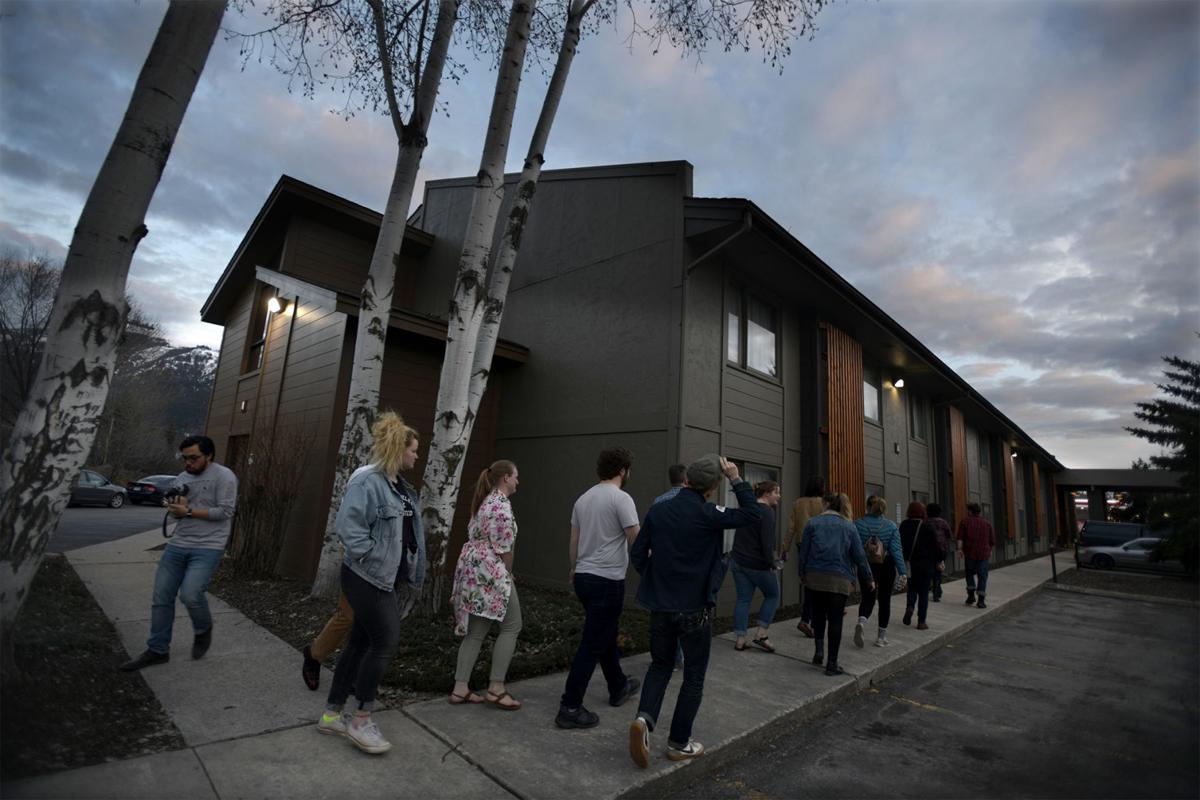 After drinking a beer at Conflux Brewing Company, patrons are escorted to the Campus Inn on East Broadway Street for 80 minutes of plays around the hotel. 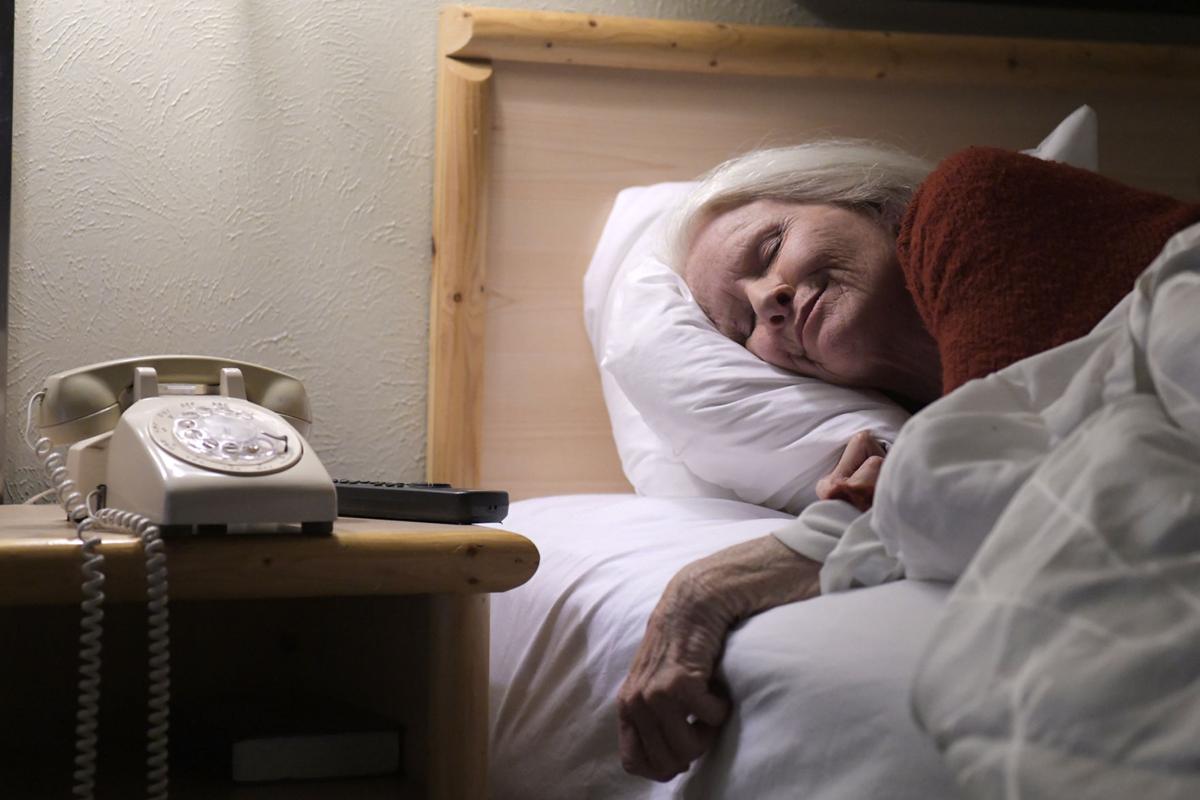 University of Montana students Danielle Sather, left, and Ryson Sparacino play a couple on a trip in "Room Service," a series of short plays staged in hotel rooms. It's the Montana Repertory Theatre's latest Plays on Tap series.

After drinking a beer at Conflux Brewing Company, patrons are escorted to the Campus Inn on East Broadway Street for 80 minutes of plays around the hotel.

Have a beer, get your room key, and head to a hotel room. That's the order of operations you might take after you've traveled to another city to see a play.

For the Montana Repertory Theatre's new production, "Room Service," those are the steps you take before the play starts. Once in the room, you have a rare and close seat, as there's not much space between you and the cast. You might even have to crane your neck as they trade dialogue, a problem unlikely in a standard theater. As a whole, it's an experience completely unlike standard theater, which is most definitely the Rep's point.

After having a pint at Conflux Brewing Company, a guide leads you to the Campus Inn, where you see a series of short plays by national playwrights, each one set in a different hotel room.

The plays, acted by University of Montana students and community members and union professionals, are brand-new scripts, produced by young professionals from around the country. By turns humorous and moving, they have very contemporary concerns. The removal of Confederate monuments. The poisonous effect of cable news on relationships between elderly parents and their children. Professor-student power dynamics and sexual harassment. Coming of age and coping with the fact that your parents don't understand the nature of your identity. A dramatic comedy about two women falling in love mid-life.

"Room Service" is the second installment of the Rep's "Plays on Tap" series, the first local productions by the new artistic director Michael Legg. Short, site-specific plays like these are uncommon in Missoula, but not so new elsewhere, and Legg sees them as a way to bring theater off-campus and into different environments, where they might entice people who are reluctant to go see a play in a traditional setting.

To help, there's beer. For "Buckle Up," the first "Plays on Tap" production last fall, attendees met at the Northside KettleHouse, and then headed out to a series of parked cars, where they sat in the back seat, and the actors took the front.

Legg worked extensively in new play development in his former job at the Actors Theatre of Louisville, and has cultivated connections with up-and-coming playwrights based around the country. For these shorts, he commissioned and directed the plays, which pack in more diversity than we commonly see in productions in western Montana.

A short play is not unlike a short story, where viewers are thrust into a situation without a lot of background. In Claire Kiechel's "Blue Day," a young woman named Janet (Kady Nordstrom, a UM student) tends to her elderly mother Martha (Carrie Collier). She's bed-ridden and addicted to dispatches from an authoritarian president, played by Gavin McClure, who's seen on the hotel TV. Who he is and the circumstances or his beliefs aren't explained — the focal point is the damage to the relationship between Janet and Martha. In Idris Goodwin's "Unpacking," a young couple get into an argument that might wreck the trip or the entire relationship. Rachel (Danielle Sather) is here to receive an award for her advocacy work; Wesley (Ryson Sparacino) is a history buff who's oblivious to her work or why she wouldn't want to go see a statute of a general. Sather and Sparacino, both UM students, passionately deliver the affection and then the fight, and it feels absorbing and unusual to be a spectator right in the room as it happens.

Several of the plays deploy humor in unexpected ways. Sam Myers, a playwright from Brooklyn, wrote "Plural," in which people meet for a much-anticipated conference, only discover that they're the only three who show up. Their common connection is that they happily host "plural" identities of the strangest type — think ancient dragons or otherworldly creatures. Bridget Smith plays Stacy, the straight person in the scenario, while Hudson Therriault is Fripp, who has issues with his mother understanding his nature. Leah (Ann Peacock) delivers her lines via a Skype call, encouraging them all to find their own path.

The entire scenario is dominated by Kamlin Cox as Anthony, a buttoned-down young man with a quirky plural identity. When his multiple takes control, he slowly pans his head and speaks in a weirdly modulated voice, like he's seen a ghost but doesn't know what a ghost is, or maybe doesn't even know what the world is supposed to look like.

"Plural" is set in a suite with a kitchenette, where some of the audience stands. When Cox made an extended trip to the fridge, he delivered many lines standing next to an audience member who was trying very hard not to lose it. It wasn't audience interaction, per se, but it was an unexpected way of standing directly at the fourth wall until the spectator can't ignore you.

"Office Hours," by Mara Nelson-Greenberg, broaches the subject of professor-student power dynamics and harassment with absurdist humor. A student named Amelia (Claire Peterson on Tuesday's preview night, and Brit Garner for the regular run), comes to visit one Professor Rogers, played by Ben Park. With a full beard, long hair and a louche way of dressing and carrying himself, the theater graduate student plays a professor like a Wilson brother might.

Rogers, it seems, has redecorated his office to look like a hotel room, since his parents traveled frequently when he was young. This seems innocent until it does not, and he proceeds to run Amelia through a series of mental gymnastics exercises and gaslighting to prove he's not one of the bad guys.

The closer, at least in the rotation that I saw, was "Montana," Emily Feldman's exploration of how two co-workers fell in love while at a work conference. Drew (Anna Stone) is going through a divorce, and Andi (Salina Chatlain), invents an excuse to stop by her room. They make tentative steps toward confessing their feelings, occasionally speaking to the audience and flipping back and forth in time. It manages to sum up a whole relationship in about 10 minutes, and then you're led out of the room, and back onto East Broadway, with five plays' worth of information to unpack.

The Montana Repertory Theatre's "Plays on Tap" series, "Room Service," continues Friday-Sunday, April 19-21. The evening features five short plays staged in different hotel rooms at the Campus Inn on East Broadway. Start times are at 6:30 p.m. and 8 p.m. each night. Attendees should meet in advance at Conflux Brewing Company, where a ticket gets you two-for-one pints, and a guide will lead to the hotel and explain how the evening works. Tickets are $20, available at montanarep.com.

Montana Book Festival: Highlights from a weekend of readings

Rep reimagines 'War of the Worlds' for 2020 audience, live on stage