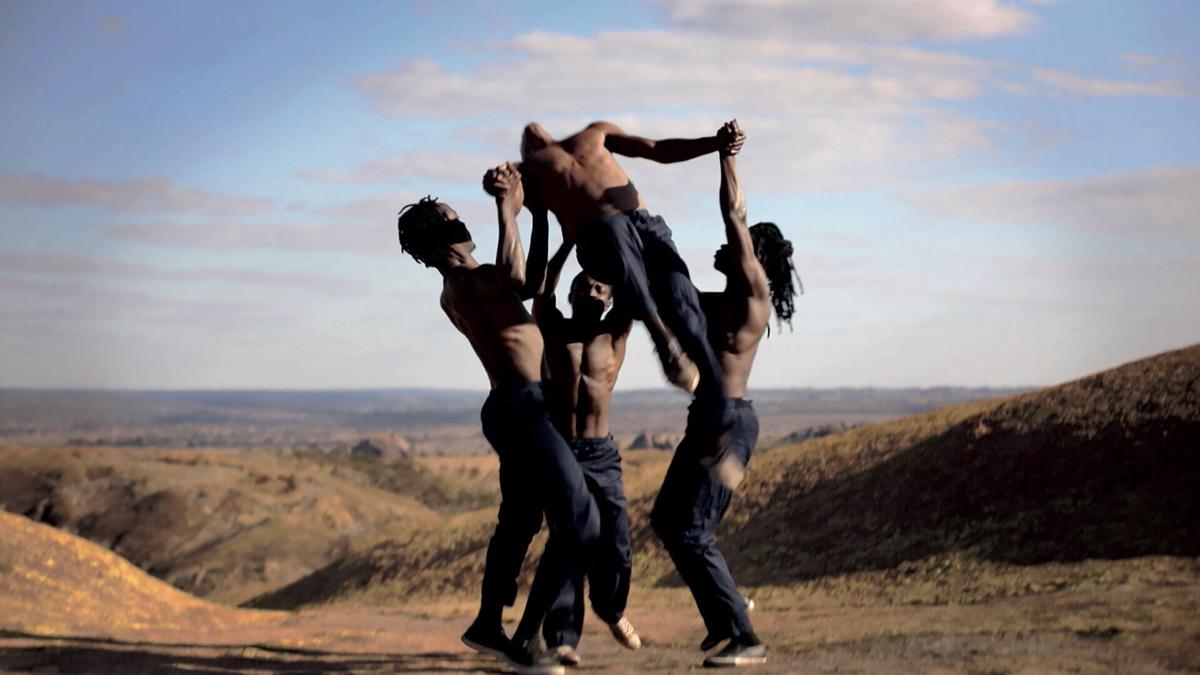 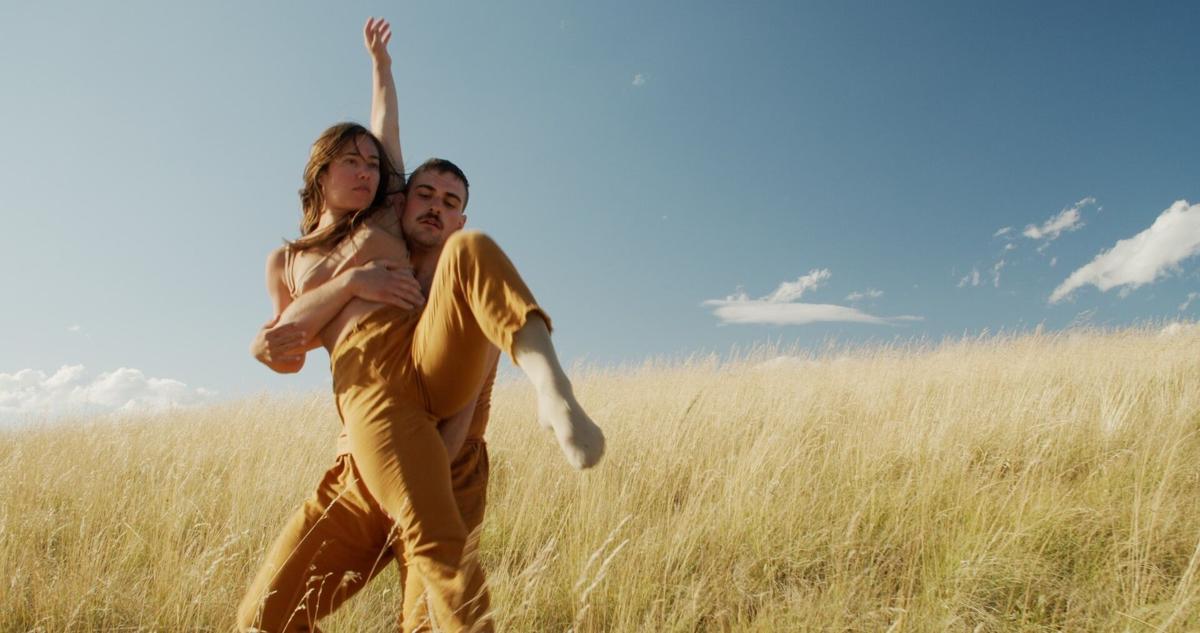 Dancers tumble across mountain tops, find each other in the woods and submit to mountain streams. A series of intimate moments all seem to exist within the same breath in “ensō|mountain divide,” a 13 minute long dance film set in the Anaconda-Pintler Wilderness of Montana, with choreography by Faith Morrison. The series of movement explorations in the film are encapsulated within a camera droning in and out of the mountains. It captures all the wonder just one moment in nature can hold for a human surrendering.

The Montana-made film features dancers Alyssa Enright, Logan Prichard, Ashley Griffith and Cecelia Potter. It is one of 22 films in Bare Bait Dance’s eighth annual Kinetoscope, a company curated dance film festival. Normally screened at the Roxy Theater, this year the festival is streamable online via xerb.tv Friday-Sunday, Nov. 6-8, with award-winning films from all over the world.

Whether it’s a duet between dancer and lake or the simple sunlight forming a halo around a head, “ensō|mountain divide,” is an example of how screendance allows for a whole other kind of freedom of movement. It is a visceral journey for the audience, at times becoming a more intimate lens, allowing another level of access to emotion and environment.

This year's festival relies on one constant: human and nature interaction and celebration. Kinetoscope brings films from all over the world to a Montana audience, honing in on dancers rooted in their natural landscapes.

Bare Bait Artistic Director Joy French said site-specific dance set against nature speaks loudly to a Montana audience, who understand the magic outdoors. For dancers, she said it's an invitation to step out of the box, focusing on the environment just as much as the body.

“An Evening as Poppies” by University of Montana dance major Georgia Littig, danced by current junior Isabella Kasper and alumni Katie Conrad, is a short and sweet frolic. “What we walked away with as a whole was some feeling, of reconnecting with movement and moving with people that you love in places that you love,” Littig said.

Throughout the films in the festival, bodies seem to erode their surroundings with their own narratives. At times, the environment shapes them, too. “Sedimented Here,” directed by Rachel Barker and “Toporzel” directed by Iwona Pasińska, are collages of massive natural landscapes with bodies trickling in.

“Bhairava,” by filmmakers Marlene Millar and Philip Szporer, danced by Shantala Shivalingappa, is set in the ancient sites of Hampi, India. The film shows Shivalingappa silhouetted on a rock in a cave, flickering sharp murdas. She blends abstract movement and traditional Indian dance, telling the story of Lord Bhairava. Her focus fiercens as the drums conjure her, embodying lust and anger, she is tame and explosive against a dessert sky.

“I believe that humanity comes together with the strength of our shared experiences,” Jyothsna Sainath, a Bharatanatyam dancer from Bengaluru, India, sums it up in “Samskara,” a film directed by Angela Rosales Challis. The film captures the universality of the joy of movement. It features everything from breakdancing and Capoeira, Nakota and Samoan dancers, as well as dance from Bolivia, Japan and Tanzania.

“Making of Men” by Harold George and Antoine Panier, is an Afro-contemporary dance where dancers rummage through the earth and themselves. They explore the evolution of masculinity and their own quest into self-realization. As their conquest unravels in the film, they lift each other to the sky, teasing gravity. The viewpoint of their strength transforms and is treated tenderly by the camera.

Other films of the festival charm with their narratives that blur the lines between practical and fantastical. They empathize with what makes us human: anxiety, fury and daydreaming.

Movement is set to the poetry of a letter telling off Dante, of “Dante's Inferno” in “Paula and Francesca,” a film by Erika Randall. A duet of plastic-wrapped dancers coming loose from their restraint takes place in an urban parking garage in “De-Eschatology” by mignolo dance. “NILYNDA” by Jill Crovisier has dancer Andy Lin moving with liquid precision in an empowering solo of gender fluidity and self expression.

“Where We’re Going,” is a soaring roof-top dance party. Dancers toss into the clouds, making dreamy shapes they cast the weight of the world skyward. This dance film is one of hope, against the backdrop of this year it’s sure to put a lump in your throat.

As live performance becomes forever altered, screendance is an ever-relevant form of expression. It allows us to sit back and catch a breath, to tap into the sensation of movement, that natural inclination we all feel when we are moved by something. It’s a gift to watch bodies tell the stories this world still has to offer. In a week where relaxation may feel impossible, Kinetoscope connects us to the human spirit of the world.

Noelle Huser is a freelance arts reporter, dancer and musician. She writes with a focus on the performing arts and the local music scene and is in her senior year at the University of Montana where she studies for her BFA in choreography and performance and BA in journalism.

The eighth annual Kinetoscope screendance film festival is taking place Friday-Sunday, Nov. 6-8 on xerb.tv. Passes for all five blocks of movies are $20. An individual pass is $5. Go to kinetoscopefilmfestival.org.