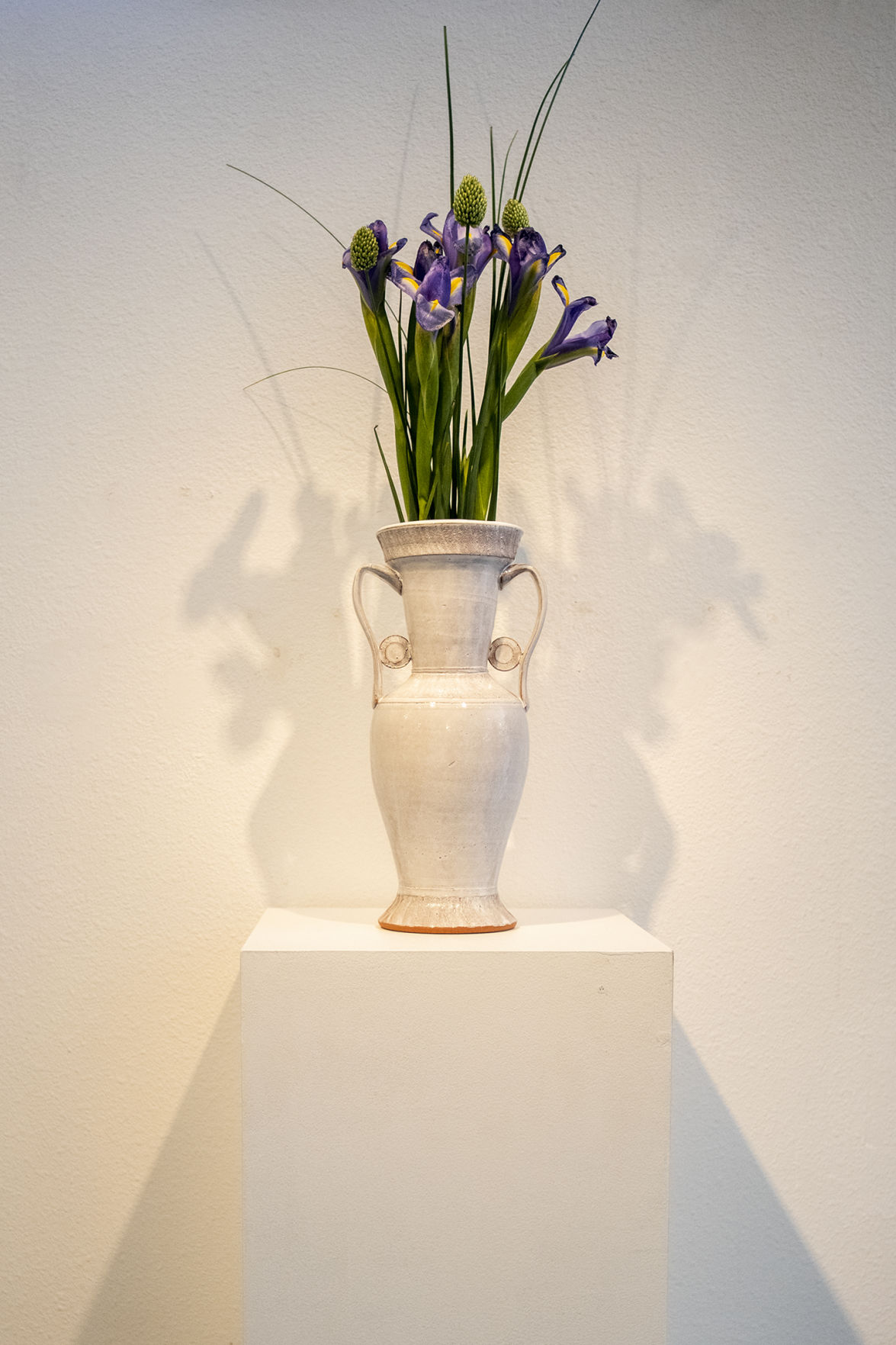 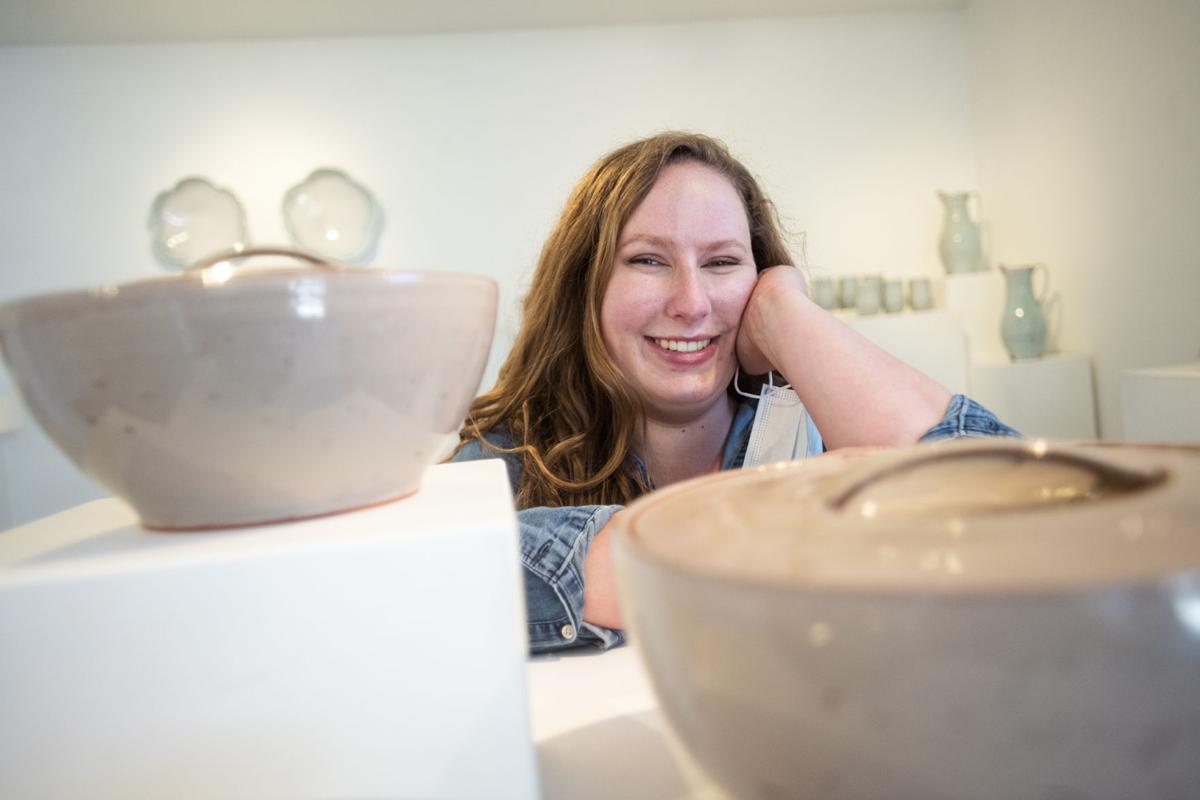 Christine Gronneberg, an artist-in-residence at the Clay Studio of Missoula is hosting her first solo show on Friday at the studio. The reception for her show "Flourish" will be held in the garden from 6 p.m. to 9 p.m. 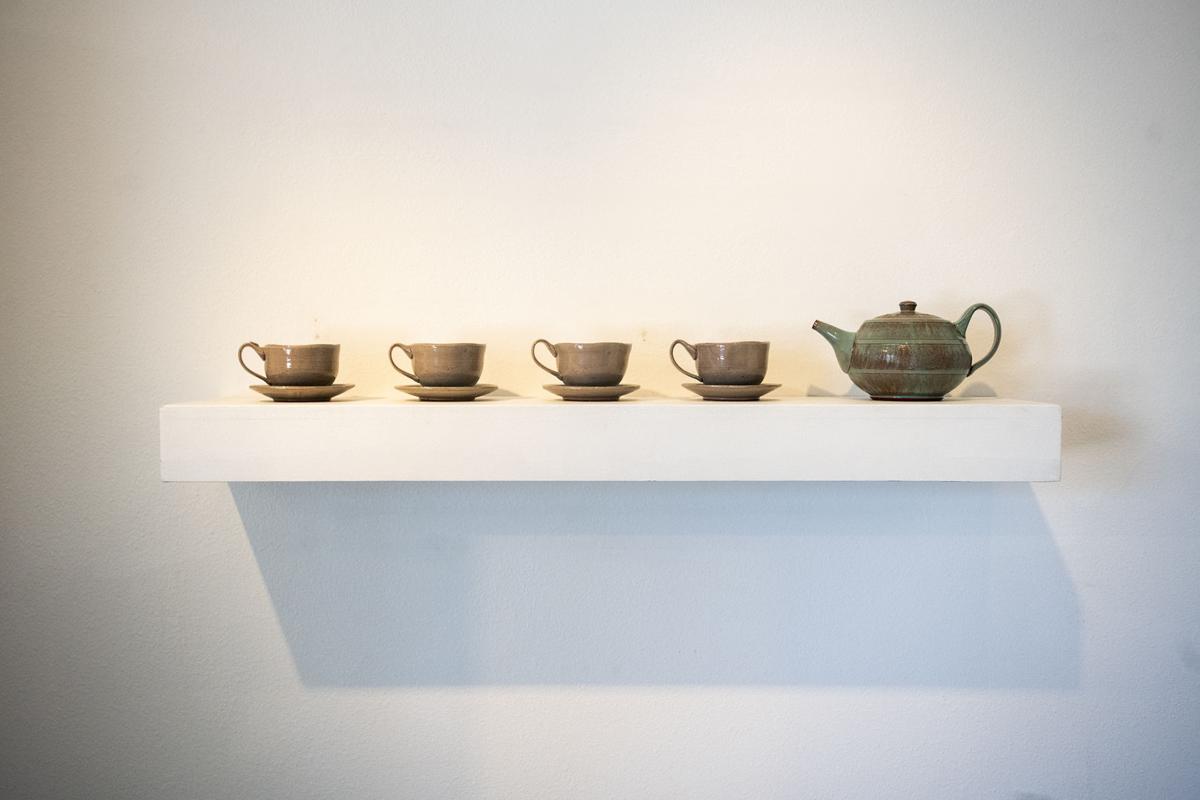 Clay works by artist-in-residence Christine Gronneberg are currently on display at Clay Studio of Missoula. Gronneberg creates functional pottery in an electric kiln. 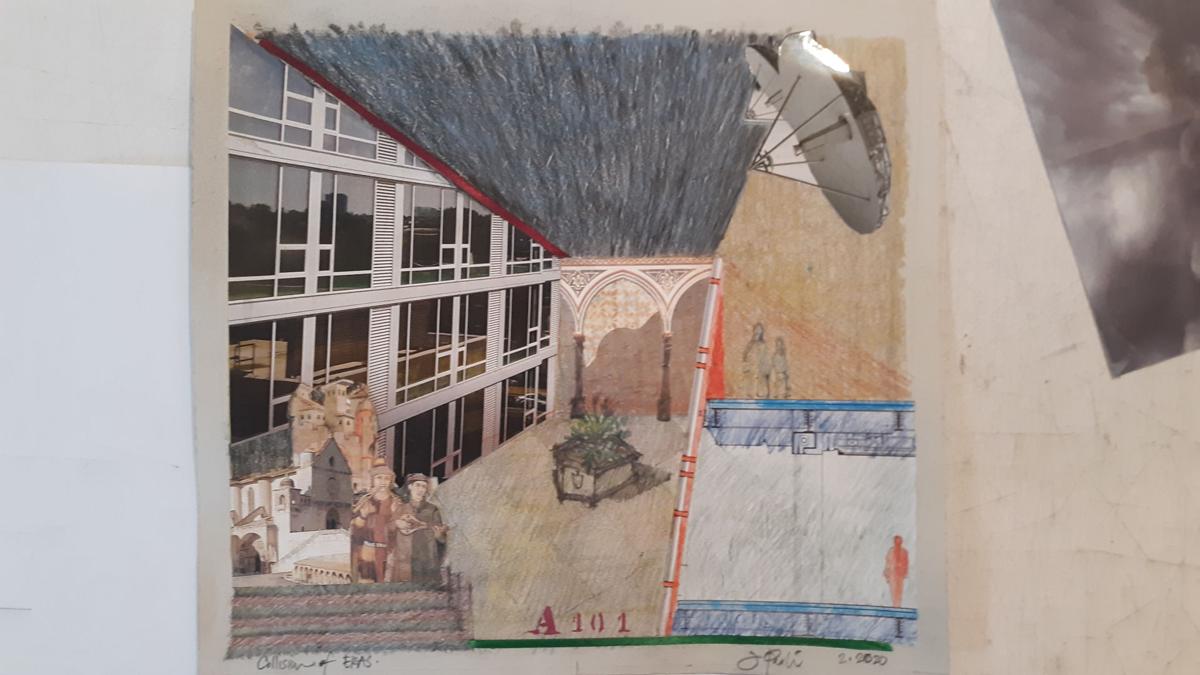 "Collision of Eras," by John Paoli, is part of the "Architectural Impressions" exhibition at the Zootown Arts Community Center. An opening reception is planned for Friday from 5 to 8 p.m.

Christine Gronneberg, an artist-in-residence at the Clay Studio of Missoula is hosting her first solo show on Friday at the studio. The reception for her show "Flourish" will be held in the garden from 6 p.m. to 9 p.m.

Clay works by artist-in-residence Christine Gronneberg are currently on display at Clay Studio of Missoula. Gronneberg creates functional pottery in an electric kiln.

"Collision of Eras," by John Paoli, is part of the "Architectural Impressions" exhibition at the Zootown Arts Community Center. An opening reception is planned for Friday from 5 to 8 p.m.

With the July 4 holiday, a few fresh art openings around Missoula were pushed to this week, making for a solid Second Friday in the Garden City.

The Clay Studio of Missoula, Zootown Arts Community Center and Frame of Mind all have new art on display, with the former two planning for in-person openings Friday night.

The Clay Studio has a solo show for one of its artists-in-residence finishing up her second year, while the ZACC is planning a double feature. They’ll have a group show related to Missoula architecture and a solo exhibit featuring the work of Tracy Hall. Frame of Mind has its Second Annual Juried Art Expo on display and will announce the winners Friday evening.

“Flourish” at the Clay Studio of Missoula

In Christine Gronneberg’s first solo show at the Clay Studio, the artist-in-residence is exhibiting work from her series titled “Flourish,” which explores hidden floral patterns through functional pottery.

Many of the pieces include a set of bumps on the interior that only reveal themselves as you use the object. For example, in her mugs, they’re placed at the bottom, “so when you just have the dregs of your coffee, it shows up in a floral pattern,” Gronneberg said.

The show features mugs, cups, plates, bowls and teapots, as well as larger pieces like platters and casserole dishes.

“Because of the quarantine and everything, I wanted to make some optimistic pots, like pots for groups and potlucks,” she said.

Gronneberg’s main focus is creating high-quality, well-crafted pieces that people will use in their homes and also find beautiful.

“It’s just all in the details for me — so having a teapot that pours really well or the casseroles, the weight of the lid is just right,” she said, adding she’s spent the most time perfecting her teapots.

“Flourish” is on display through July 31 and an opening reception is planned for Friday from 6 p.m. to 9 p.m. in the parking lot and garden area outside the studio.

The ZACC is planning to host opening receptions on Friday night in both the Blackfoot and Main galleries from 5 p.m. to 8 p.m.

“It’s exploring different perspectives on what it could mean to be bound, whether it’s in an affirmative commitment that is healthy or whether it’s being tethered unhealthily or as a sort of binding spell that could cause new future possibilities,” Hall said.

The drawings were created using a ballpoint pen, which Hall then embroidered over. The surreal scenes depict human elements intertwined with flora and fauna of the natural world.

In one, human hands sit below a dead rabbit. In another, an elk carries another elk’s head, implying the two had just battled.

“I tried to put intricate beauty in there but also tension and pain. There’s a lot of the human(ness) and wilderness combined,” she said, adding the dichotomy of beauty and decay in nature can translate to how it feels to be human.

Her show also features an eccentric garment made from a vintage wedding dress and adorned with various items and fabrics from the thrift store where she works. Words across the breast pockets read, “Our bodies beg to be noticed.”

In the main gallery, several artists have explored Missoula’s architecture through paintings, prints, drawings, digital work and sculpture. The group show, titled “Architectural Impressions: How We Experience the Built Environment,” is an effort to spotlight the built landscape in the area and at the same time, and to create conversations around the future of the city’s design.

Lillian Nelson’s creation looks like a house perched atop a rock structure that’s being lifted up by waves, as if it’s being birthed from the sea. Barb Schwarz Karst painted large, layered urban scenes. And Trevor Dietz has a watercolor of the front of the new ZACC building downtown.

Missoula architectural designer Karen Slobod, who is giving lectures on community and business design this month as part of the show, has two printed pieces in the exhibit that explore ideas she has for future planning of the city.

“One is about visions for Caras Park and another is about solving our big driving corridor issues,” she said. “I’m very interested in the way that Missoula’s growing because Missoula’s in a transition between going from a town to a city.”

In conjunction with the show, which will be up all month, city officials are hosting a roundtable on July 16 to get input on the future of the way the city is designed and built.

“Anybody can participate in it and if there are architects and developers and other folks who have a vested interest who want to give feedback, this is a really great time to do that,” Slobod said.

With 13 artists represented, Frame of Mind’s second annual juried show includes paintings, prints, mixed media, photography and illustrations. While there was no set theme, a majority of the pieces include wildlife and nature elements.

“We just left it up to the artists and said you can pick whatever you want to show and we’ll hang it,” she said. “Everyone style is unique and compared to last year, we didn’t have as many wildlife images, so it’s fun to see what people submitted.”

The gallery will announce first-, second- and third-place winners at 5:30 p.m. on Friday on its website and social media channels. They’ll also select a special “Juror’s Choice.”