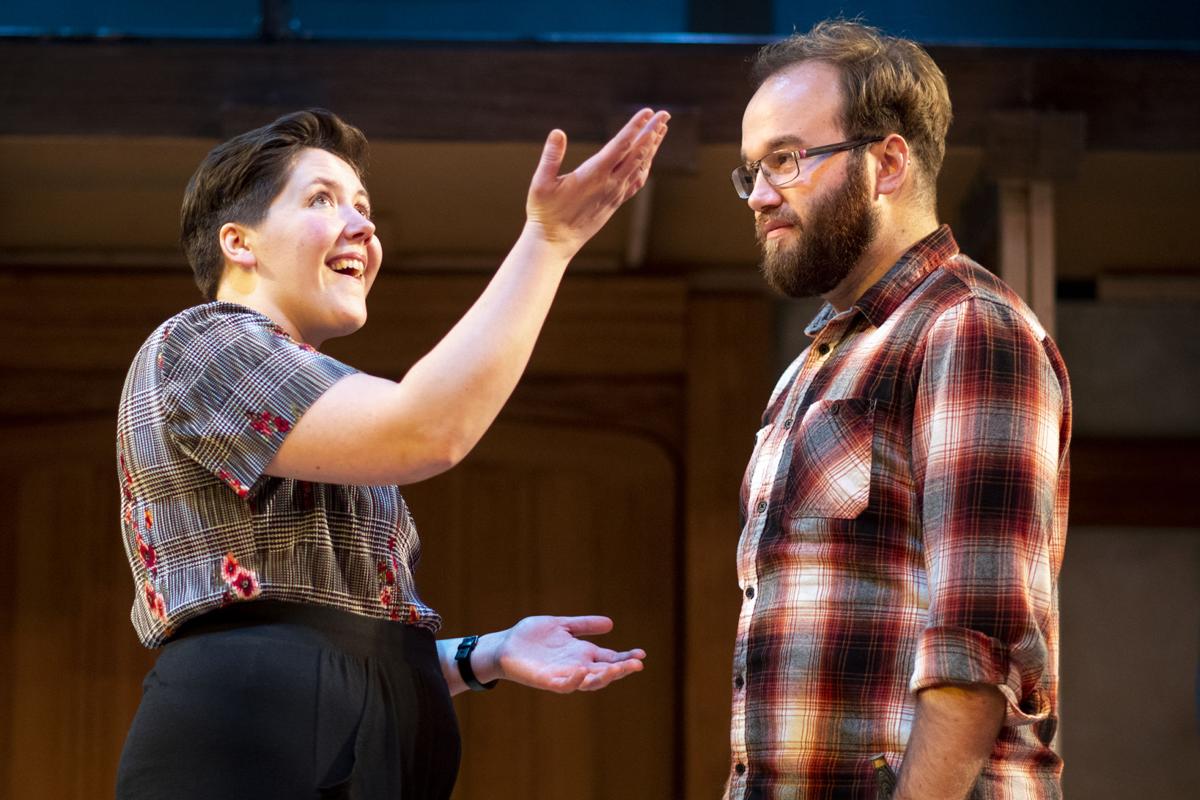 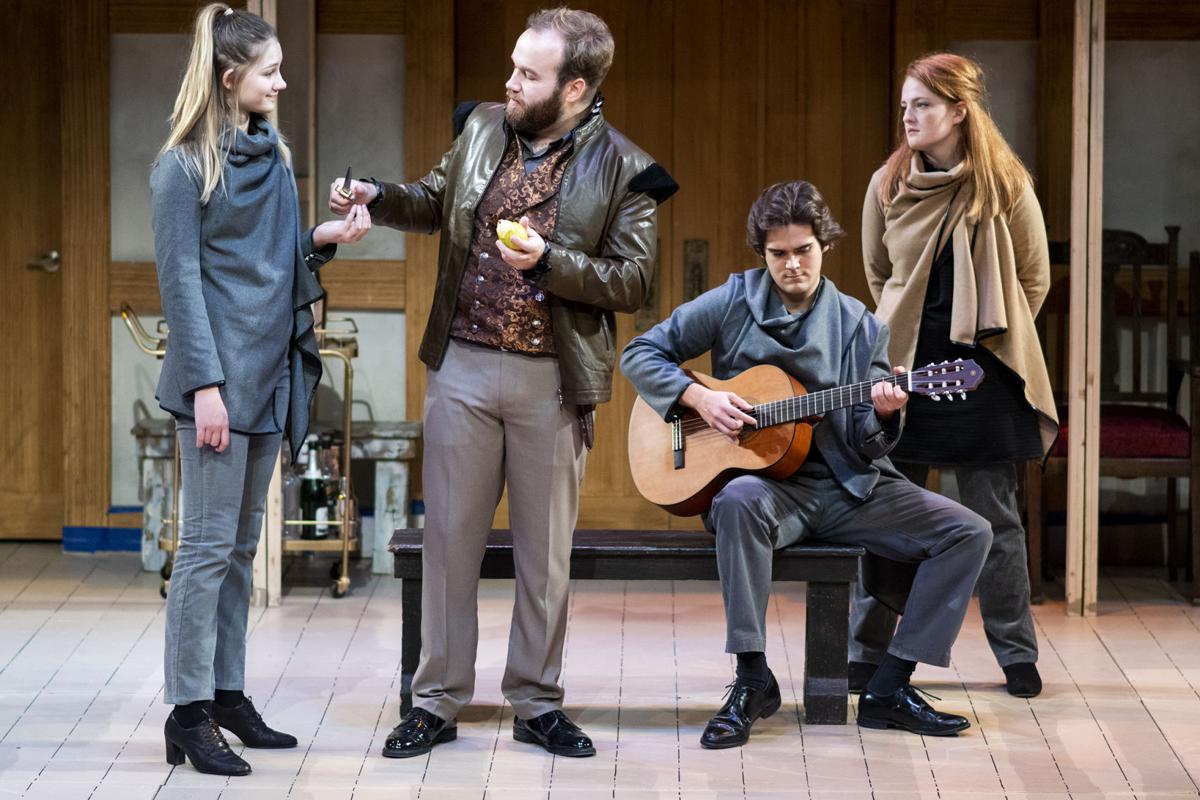 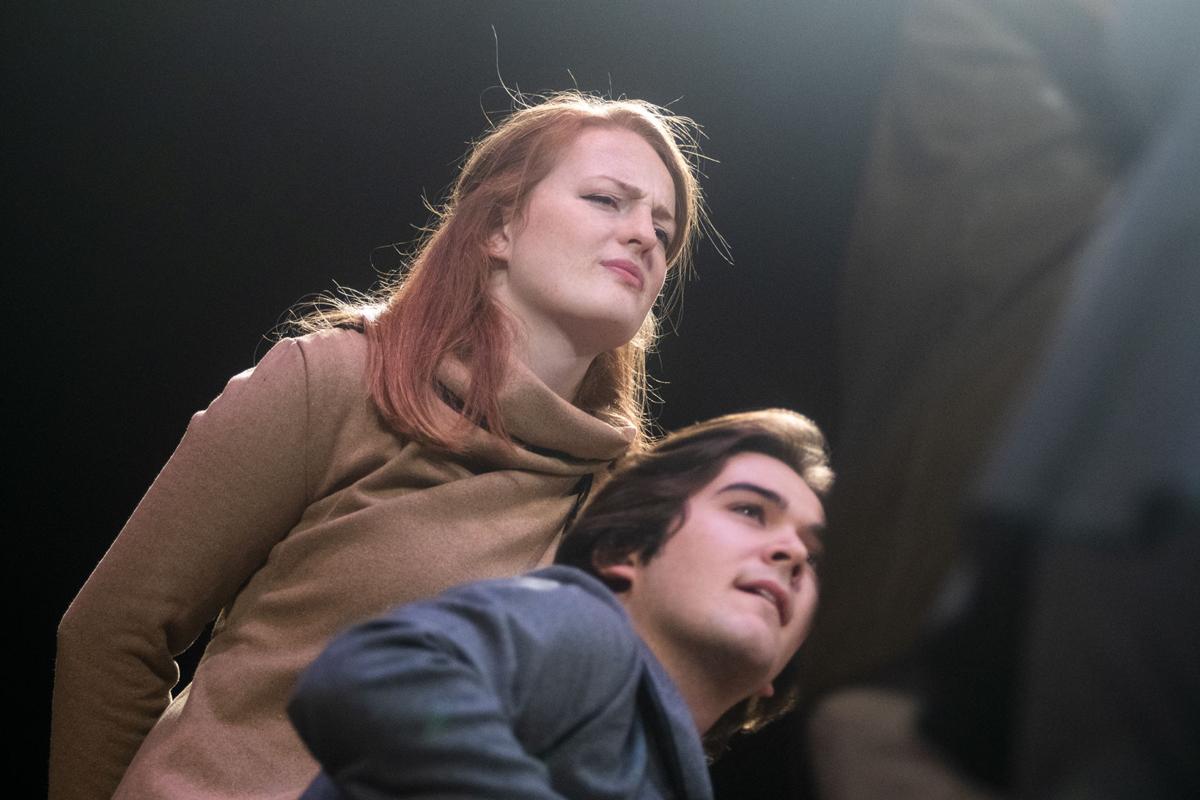 In Shakespeare's day, "The Twelfth Night" was a time of revelry, pranks and jokes, according to David Mills-Low.

The "Twelfth Night" in the title refers to the eve of the feast of Epiphany and the 12th day in the "12 Days of Christmas," said Mills-Low, who's serving as the show's dramaturge in the University of Montana School of Drama and Dance's seasonally appropriate but non-holiday production.

The script is fun but not frivolous, with "topsy-turvy shenanigans" that audiences would expect, he said.

A candidate for an MFA in Media Arts and an MA in theater, his job is to be a "drama nerd," helping the cast with their questions about language, the meaning of particular lines, and a second set of eyes and ears to help the director steer their vision. (The show's director, UM professor Bernadette Sweeney, was called away and unavailable for an interview before deadline.)

The play is written in prose, blank verse (non-rhyming iambic pentameter) and verse (rhyming couplets). Because much of it is prose, Mills-Low said that it's easier to grasp for actors and the audience alike.

"Even if you don't understand the exact meaning of all the words" the intention is still coming through.

"This cast is doing a great job with handling the language and really telling a story," he said.

And the story? "It's madness, this play," he said.

The plot, not in its entirety mind you, goes something like this according to Mills-Low: A noblewoman Viola (Kady Nordstrom) and her twin brother Sebastian (Joel Jacobs), are traveling at sea when their ship wrecks on the coast of Illyria, a country that once existed on the Adriatic Sea. Viola thinks her brother is dead, and to survive in this new land, she dresses up basically like him and names herself Cesario, and in this new assumed identity works her way into the court of Duke Orsino.

There are more layers involving Olivia's uncle, Sir Toby Belch, dueling love interests and dagger fights, and when Sebastian shows up, and Cesario and Sebastian look exactly the same, another set of mistaken and confused identities are added on top. Mills-Low cautioned that in plays like these, "it's less about the plot than it is about the journey."

Nordstorm, a senior working on her bachelor's in theater with a focus on acting, has one of the leads as Viola. She counts it as one of her favorite plays by Shakespeare, and performed in the UM production of "As You Like It" in 2017.

Since her character is in disguise, she has a "cautiousness and a boldness" apart from how people normally carry themselves.

"Disguised as a man, she's able to say so many of her opinions brazenly in a way that she wouldn't be able to as a woman in that time period, but she also has to hide the truth of she is and everything that she's feeling. And the only person that she can really be honest with is the audience, which creates a really great dynamic between my character and the audience," she said.

Regarding the disguises and gender roles, Mills-Low said there are "levels and levels and levels" to consider. In Shakespeare's time, the casts excluded women, so there would have been a male actor playing Viola who's pretending to be a man and audiences would have accepted this on face value.

"You were what clothes you were wearing," he said. "So for a woman to wear a man's clothing was for her to take on the role of a man. It's something that's played with in the play itself, that confusion that happens. A character's looking at somebody, and because it's a woman dressed as a man, everybody thinks they're a man. Or vice versa. But the second that we change the clothes, even though it's the same person, it's totally different. Everybody's shocked at the transformation."

When they were casting the UM production, they didn't set boundaries assigning a particular gender to most roles — "Feste the Clown" is played by a female actor even though the character is written as male.

It's not a political statement, he said, just a way of working with the fluidity that the script has.

The performances will take place in the Masquer, UM's "black box" theater.

Alessia Carpoca, a professor of scenery and costume design, led the creation of the replica of a two-story Globe Theatre-style stage, which premiered in that 2017 production of "As You Like It."

They'll have set dressing but little else, placing it close to the way Shakespeare's work would have been performed during his lifetime.

"There was no set, very little furniture, and you were asked to use your imagination to fill in those elements," Mills-Low said.

This type of opportunity is instructive for students.

"It's so much fun to be able to interact with the audience and have so much room for play and for movement," Nordstrom said. "There are a couple of pillars that are on the stage that make sight lines kind of tricky, so you have to keep an eye out for that. But otherwise it really frees you up to play around and to have fun on stage and engage with not only your fellow actors but the audience."

In another throwback feature, they're not relying on pre-recorded music or sound. Theater professor Mark Plonsky found a piece of music from the time period and adapted it, along with a few other themes, that will be performed by a live ensemble, sometimes on stage.

Mills-Low said the school is working on an understudy structure for its performances, so that if a cast member is sick or needs to take a night off, they're able to do so. In "Twelfth Night," many actors are already juggling a number of small parts, and can switch around and fill in as needed or to make night's performances different. Mills-Low said that beyond the benefit of having a back-up, everyone knows the show better since they've learned multiple roles.

The University of Montana School of Theatre and Dance is presenting Shakespeare's "Twelfth Night" in the Masquer Theatre in UM's PAR/TV Center.

Five artists tap into the humor and rage of Philip Guston

Review: UM's 'Mr. Burns' is a 'Simpsons' parable for fans and non-fans