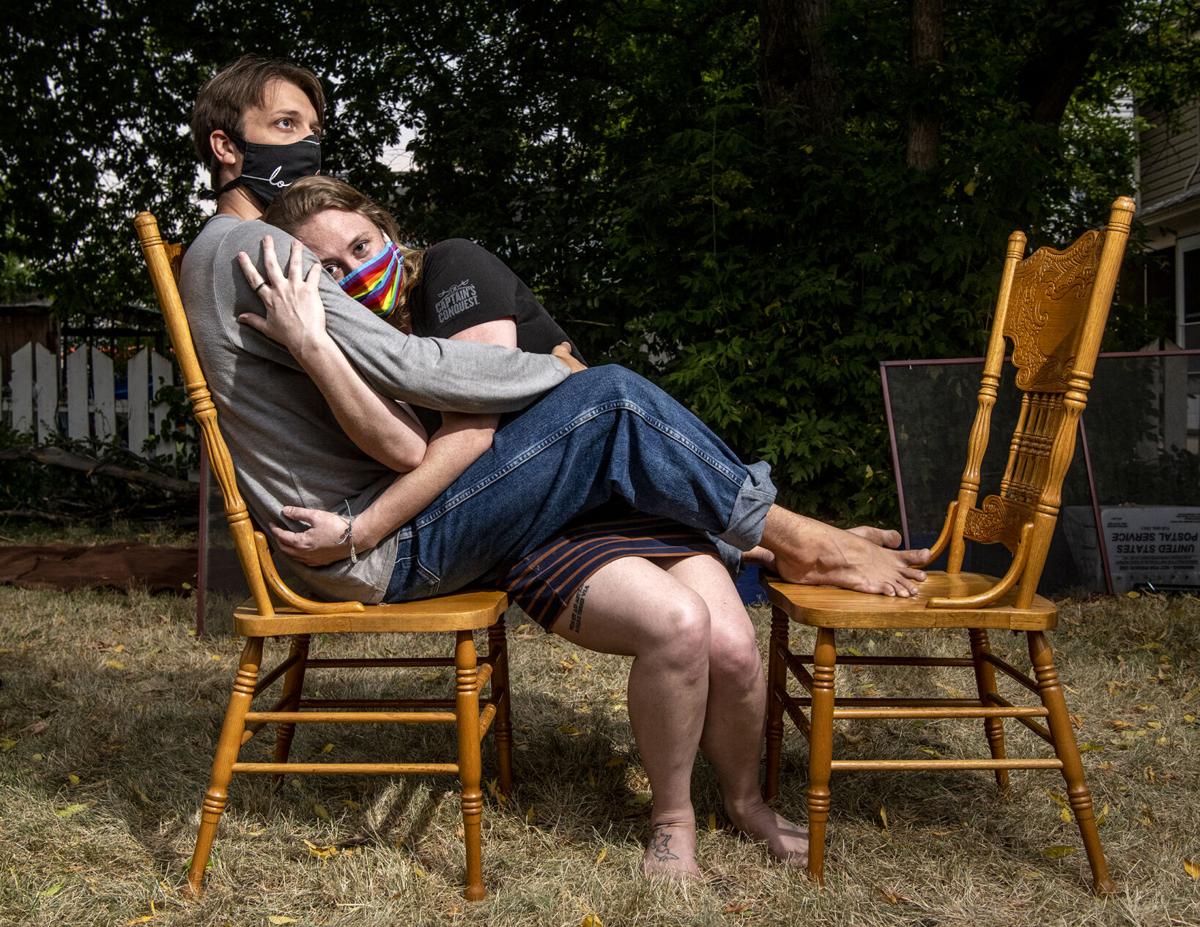 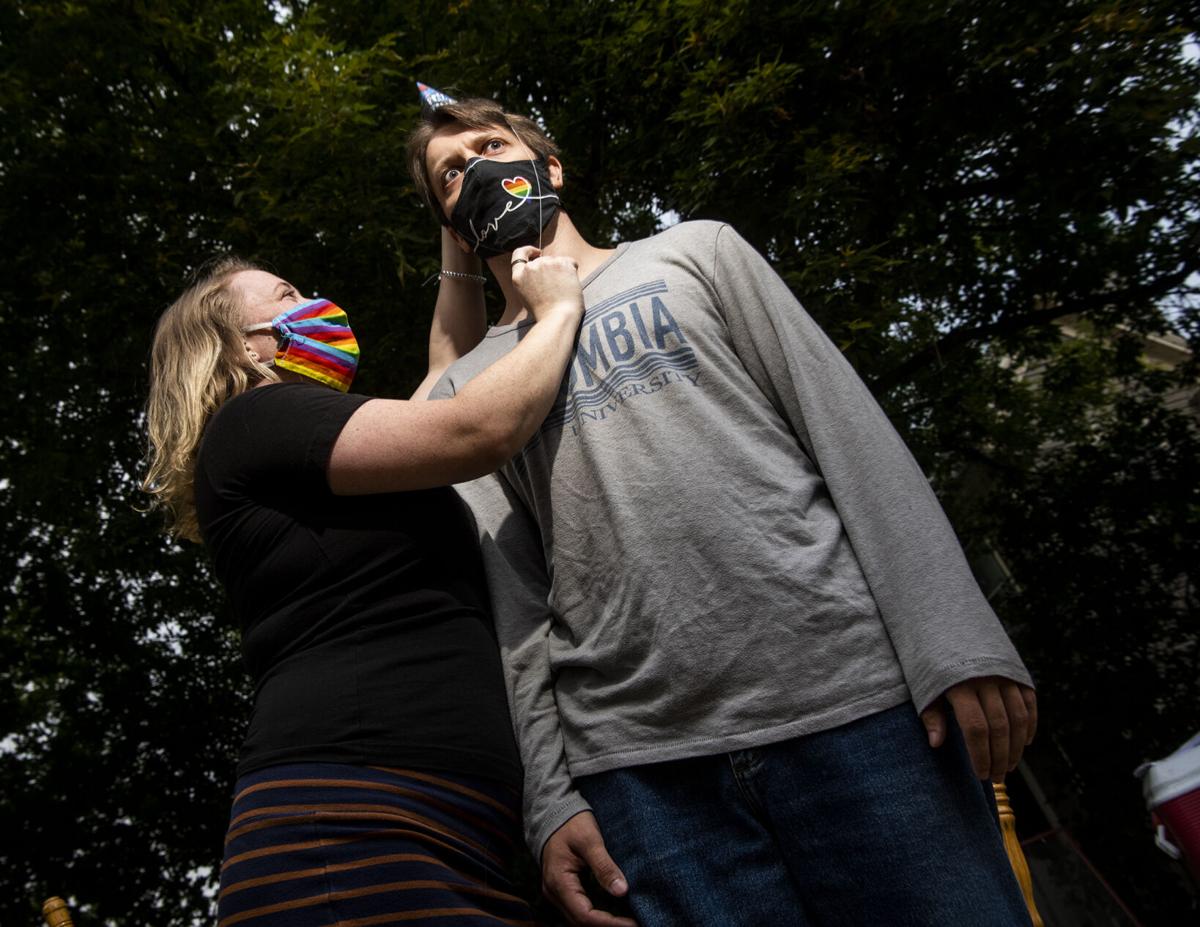 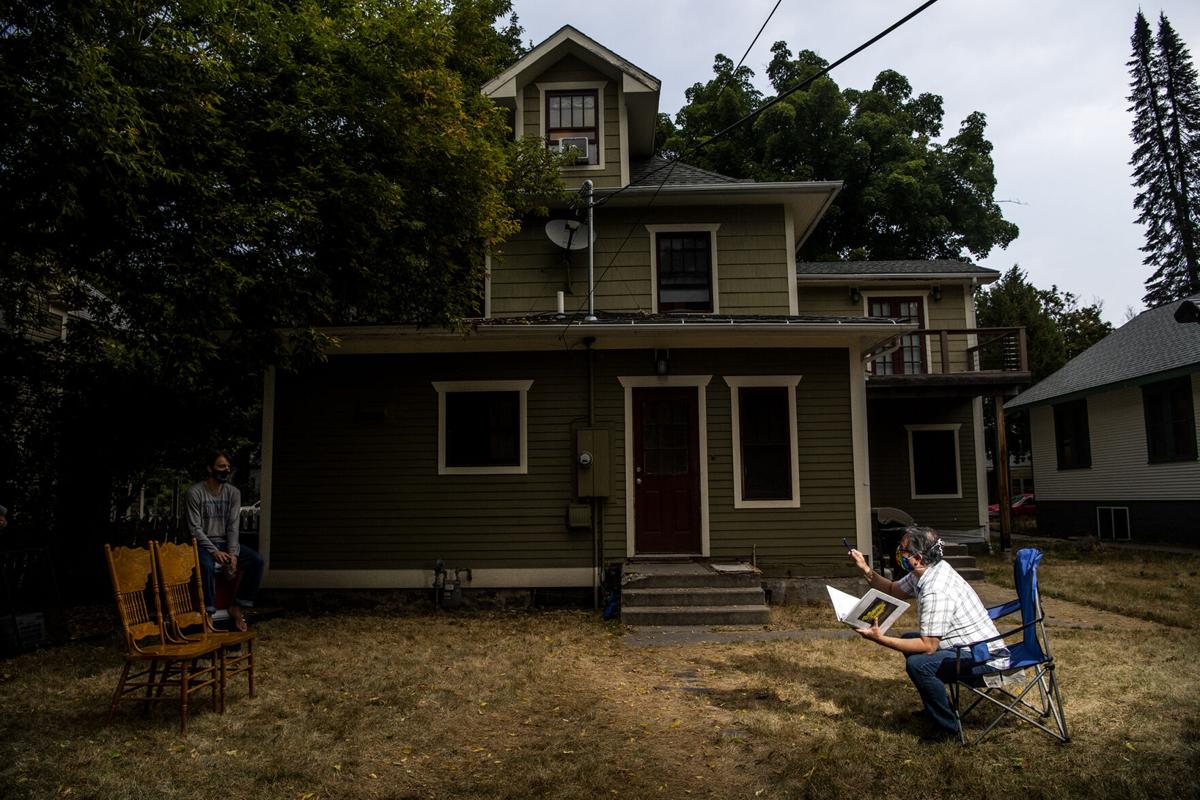 Thirty years ago, an unknown playwright named Jonathan Larson premiered a one-person rock musical called "Tick, Tick … Boom!" that dove into his anxieties as he approached age 30. Larson went on to create "Rent!," the blockbuster that influenced musical theater's style and content, successes he never witnessed before his death in 1996.

Some three decades after that first lonely premiere, two Missoula partners and actors were contemplating a different creative crisis. Back in March, Brit Garner and Thain Bertin were starring in "The Spitfire Grill," a Missoula Community Theatre production that was abruptly shut down because of the pandemic. They, and pretty much anyone in local theater, haven't produced a play since.

"Larson called it a rock monologue," she said. He was living in New York, working as a server, struggling as a composer, and let those concerns loose, singing and playing keyboard with accompaniment from a backing band.

In particular, she thought the show would suit Bertin, her partner, who will turn 30 on Sept. 6, three decades after Larson premiered his play.

A show might be a welcome break. "It's been way too long," he said. For performers, "it really is a central part of their identity." The shutdown has been difficult for him personally but necessary.

Performing during the pandemic is logistically complicated, though, from the perspective of the audience and the cast. They studied advice from experts and other theater groups in coming up with what they hope can be a blueprint.

One major concern is rehearsal — bringing a cast together without potentially exposing one another. Thankfully, Larson's play has been adapted so three people can perform — two men and one woman. All it would take is Garner, Bertin, and their actor-roommate, Andy Nelson. "Our house has been more on the quarantine side" since March already, she said.

Bertin compared their arrangement to summer theater groups around Montana, where ahead of an opening, the cast runs through rehearsals all day and then returns to dorms. "Ultimately, that's kind of what's going on here." He can go knock on Nelson's door and see if he's free to work over a part. "It's certainly enjoyable in terms of reducing anxiety," he said.

Then they needed a "skeleton crew" in terms of safety, said Garner, who decided to stage-manage herself.

They have a backyard where they can block and rehearse with masks on. Joe Martinez, the artistic director of MCT, agreed to direct. They found three members of a band, Pale People, who already are in each other's "bubble," plus a frequent collaborator, Scott Koljonen, to perform the music.

Then there's the audience portion.

The play wasn't available for streaming rights, so going online wasn't an option. They needed a place that wasn't inside, but wasn't public.

After inquiring within the theater community, they found a private home with "patient neighbors," Garner said, along with a two-story balcony looking over a backyard — enough room to space out the cast, the band and the audience.

Then the company designed all the other aspects that event organizers sweat over. Yes, you have to bring a mask, and they ask you to wear it unless you're eating or drinking. You can bring refreshments, but they're not for sale on site. You also need to bring your own chair or blanket, just like Shakespeare in the Parks. You can sit with your "bubble" or cohort, or by yourself, 10 feet apart from other individuals or groups. Someone will help them get their spot on a first-come, first-served basis. The play is one-act only, so there won't be an intermission or mingling. If you need to go to the bathroom, there's a portable toilet. (Nobody's going to step in the house). If anyone has questions, they can email cadmiumcompany@gmail.com.

The cast members won't wear masks, but they'll be far from the audience and will use mics, so they're not over-projecting their voices (and potentially aerosols).

"We know at the end of the day it is a privilege and a gift to be able to do live theater right now, and that means that we want to do it right," she said, adding that "we want to show that we can do live performance in a way that negates risk for all those involved."

The show will close on Bertin's 30th birthday. He recalls that when he turned 10, he began crying and told his mother he was sad because "he would never be a single-digit again," which seems "a little young for a pre-pre-midlife crisis." However, he thinks the production and its paired theme have helped him approach an admittedly artificial milestone

The arrangement they've come up with is "as good a scenario" as he can think for theater right now. Streaming doesn't feel the same to him without as the audience, whose energy is central to a performance.

Being on stage at MCT or the University of Montana, with hundreds of people in the crowd, would be "the fulfillment of a dream that has been idle for six months" but he thinks the pause is necessary.

"Performers love their audience in more than just a way that's self-aggrandizement. We, in a way, are who we are because of them, so the idea of putting them into a kind of danger … is unacceptable."

Cadmium Company will present "Tick,  Tick ... Boom!" from Thursday-Sunday, Sept. 3-6, outdoors at a private residence. For advance tickets or more information, go to the company's Facebook page. For any additional questions, email cadmiumcompany@gmail.com