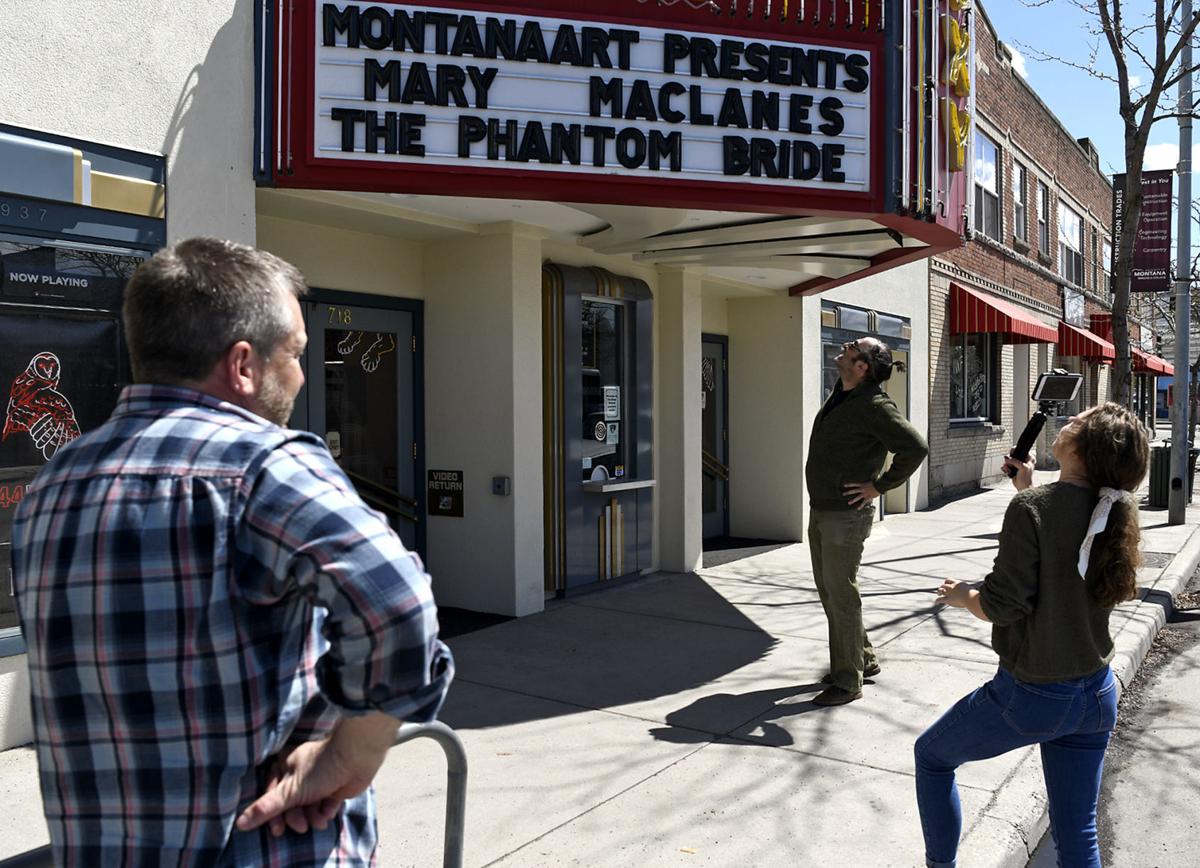 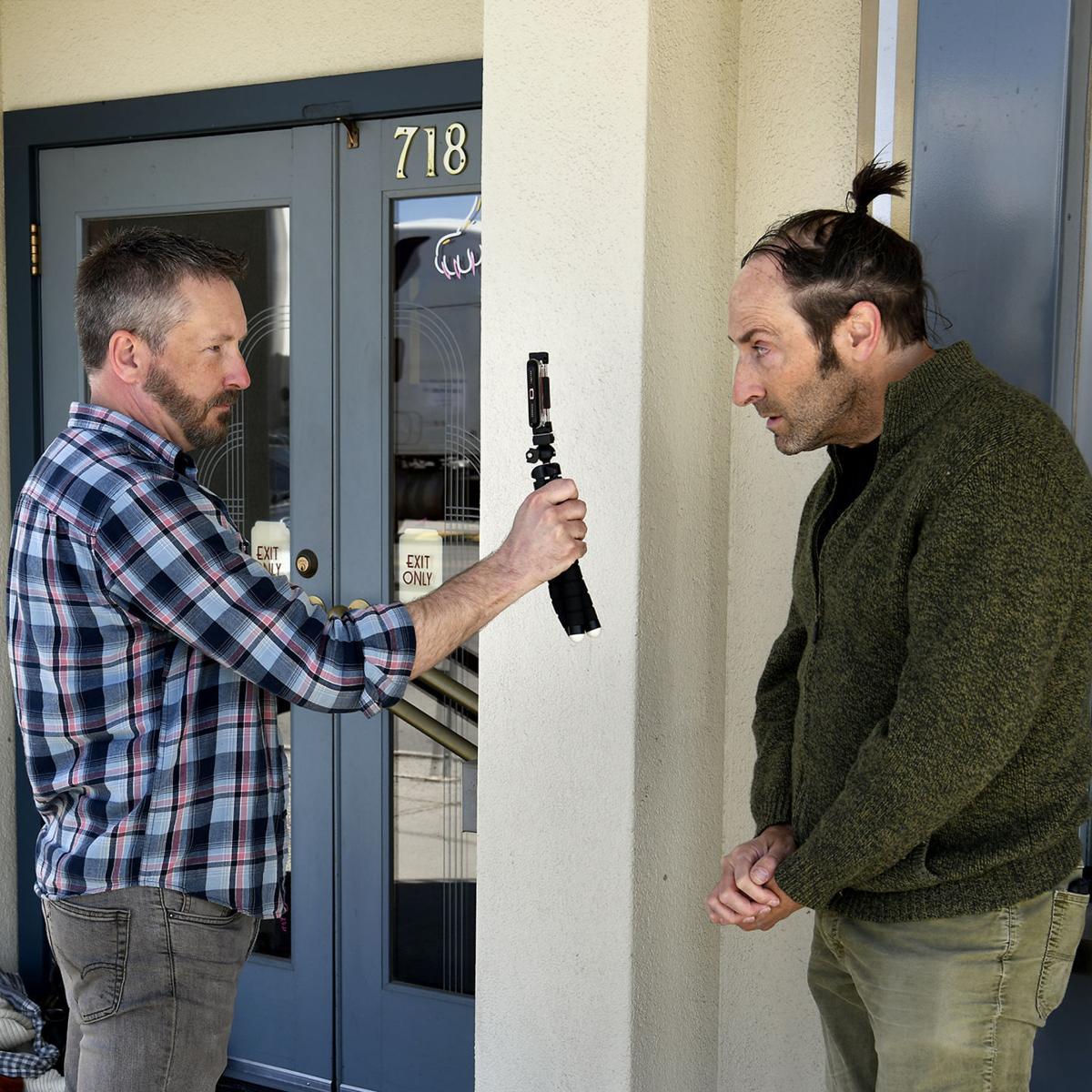 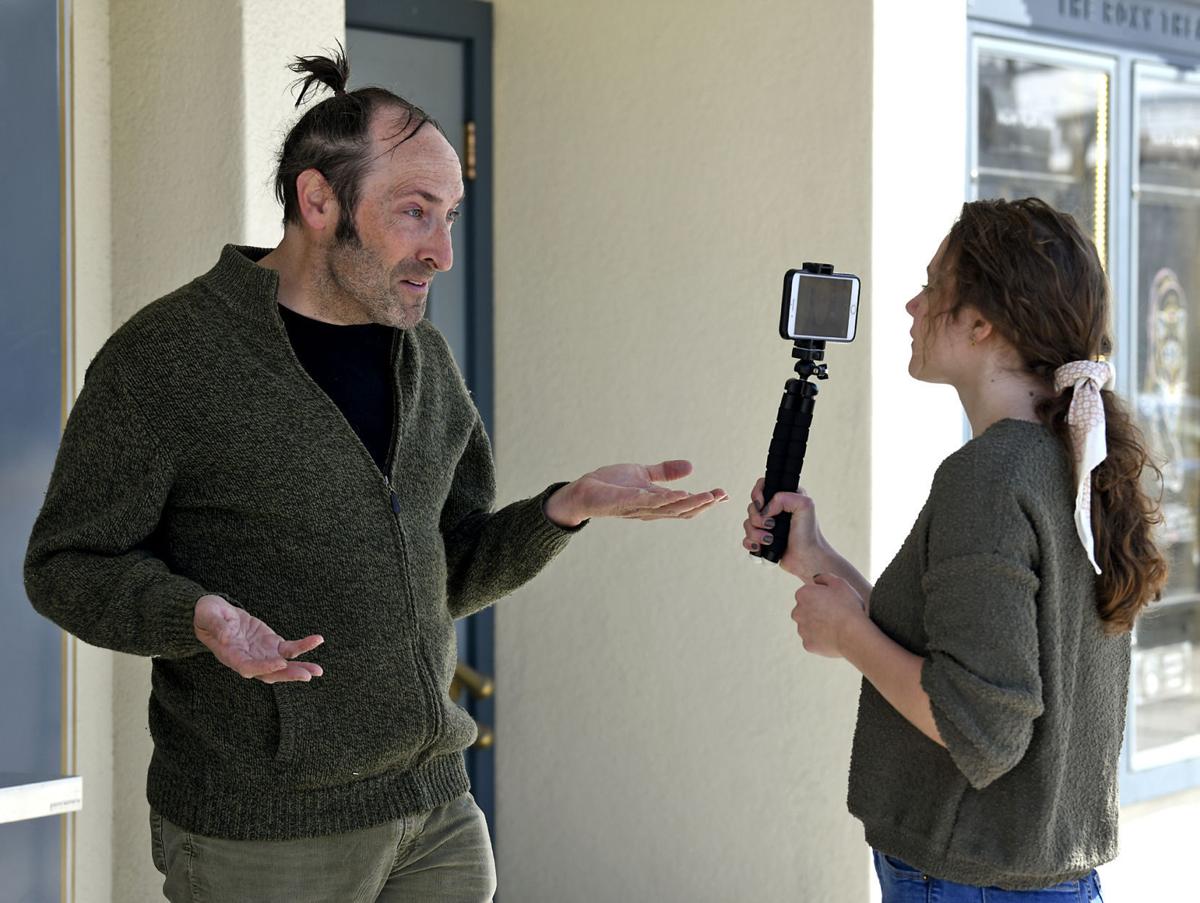 “Going to a show” usually implies maybe food, drinks and a play.

You could get all three during “The Phantom Bride,” a new app-based play from the Montana Repertory Theatre that sends you on a walking loop starting at one brewery (KettleHouse on Myrtle Street) and ending at another (Conflux on North Pattee).

The drinks are optional, of course, but a smartphone is not. The story is delivered via a specially designed app called GoPlay! developed by University of Montana Media Arts students.

Our protagonist is Beth (Rachel Hoerth), a senior who just needs to complete a media arts internship to graduate. She signs up for one with Steve LaFoy, the host and creator of “MontanArt,” a local TV program, portrayed by Jeff Medley. When the show begins at the KettleHouse, Beth has justifiably rebelled against her arrogant and incompetent boss and absconded with the footage for his latest episode.

Besides the fact that he’s awful, he’s not a very good fit for his subject, who is real: Mary MacLane, a Butte writer who helped pioneer confessional writing at the turn of the 19th century. Her book, “I Await the Devil’s Coming” was published as “The Story of Mary MacLane,” and she created a film that had one of the earliest uses of direct address in cinema, i.e., breaking the fourth wall.

As one of her (fictional) descendants (Kendra Potter) says in the play, it was “dishy, confessional, sexual work, discussing her affairs with women and men, and writing page after page after page about how much she hated Montana, and then Montanans loved her for it.”

LaFoy has allegedly uncovered a long lost reel of MacLane’s work that he’s hyping up, and it is the Lost Ark at the end of this adventure, but the story is really about Beth navigating her own path.

“What does she learn about becoming her own artist and her own individual journey” by pursuing this, said Michael Legg, the Rep’s artistic director.

The story unfolds in a walking loop of 12 stops. Like the Rep’s Plays on Tap short play series, they invite people to start and stop the whole experience at a brewery. After you start the “Phantom Bride,” you’ll see the Roxy Theater, the Boone & Crockett Club, the river trail, the Missoula Public Library and eventually end up at Conflux.

At each stop, a short portion of the story that Beth has hijacked is revealed, either through video, audio narration and links to websites. The app has a map with pins for each section and will unlock them when you get close. You don’t know till you get to the next stop whether you’ll see Beth’s footage of LaFoy behaving badly, or her narration about moving past this project, or more information about MacLane.

The app was part of the Rep’s move during COVID to keep producing plays without turning to livestreams. One example is “The Fog,” a play they staged last summer at the fire lookout at Fort Missoula, where the small cast could be distanced from each other, and the audience could spread out on the lawn. Playwright Jean Ann Douglass wrote the script with those restrictions in mind while researching the life of Gifford Pinchot, the first chief U.S. Forest Service, for material.

She’s returned to work with character and story in a completely different set of restrictions with “The Phantom Bride,” with her co-writer Eric John Meyer. Similarly, they found ways of telling a story that relates to a very specific place and people, both past and present.

Legg said they all knew they wanted something Montana-based, “since the whole idea with this thing is it’s about geography and location and space,” so the story needed to be “rooted in something or someone who lived in this space.” It happened that Douglass and Meyer, who are partners, had a book about MacLane on their shelf already.

MacLane, who didn’t care what anyone thought of her or what she said about them, is fascinating to learn about — in one humorous bit, her descendant (Jeremy Sher) compares her to a bear statue, a symbol of ferocity and strength.

Over the course of their writing, Beth became a more central character, a reflection of the news stories filtering out about toxic relationships between bosses and employees.

While the story was initially audio-only, they added video after LaFoy’s character developed into a public-access TV host, so the Rep could shoot his scenes on a low budget.

The ending will feel sympathetic to anyone who’s obsessed over long-lost works, only to finally find them and discover that the spirit they embodied might be what they were after, not the thing in and of itself.

The app was designed by UM Media Arts students Clarissa Spain and Miya Fordah. It’s not intended to be a one-off creation solely for “The Phantom Bride.” When the Rep announces its 2021-22 fall season, it will include in-person plays along with three or four projects that will be delivered free to subscribers through the app, Legg said. He’s been in discussions with playwrights around the U.S. about potential projects, which also will be developed with Media Arts students.

There’s potential to use it to deliver different kinds of theatrical content in various media depending on the project for the near future. It's the one experiment from COVID that the Rep will carry forward, Legg said.

"We think that it's an interesting alternative to traditional theater that we never would've thought of or dreamed up if not for the pandemic," he said.

“The Phantom Bride” is available for purchase via the GoPlay! app on Android and Apple operating systems. Head to montanarep.com/goplay for links and instructions. Cost is $15, available through the app.