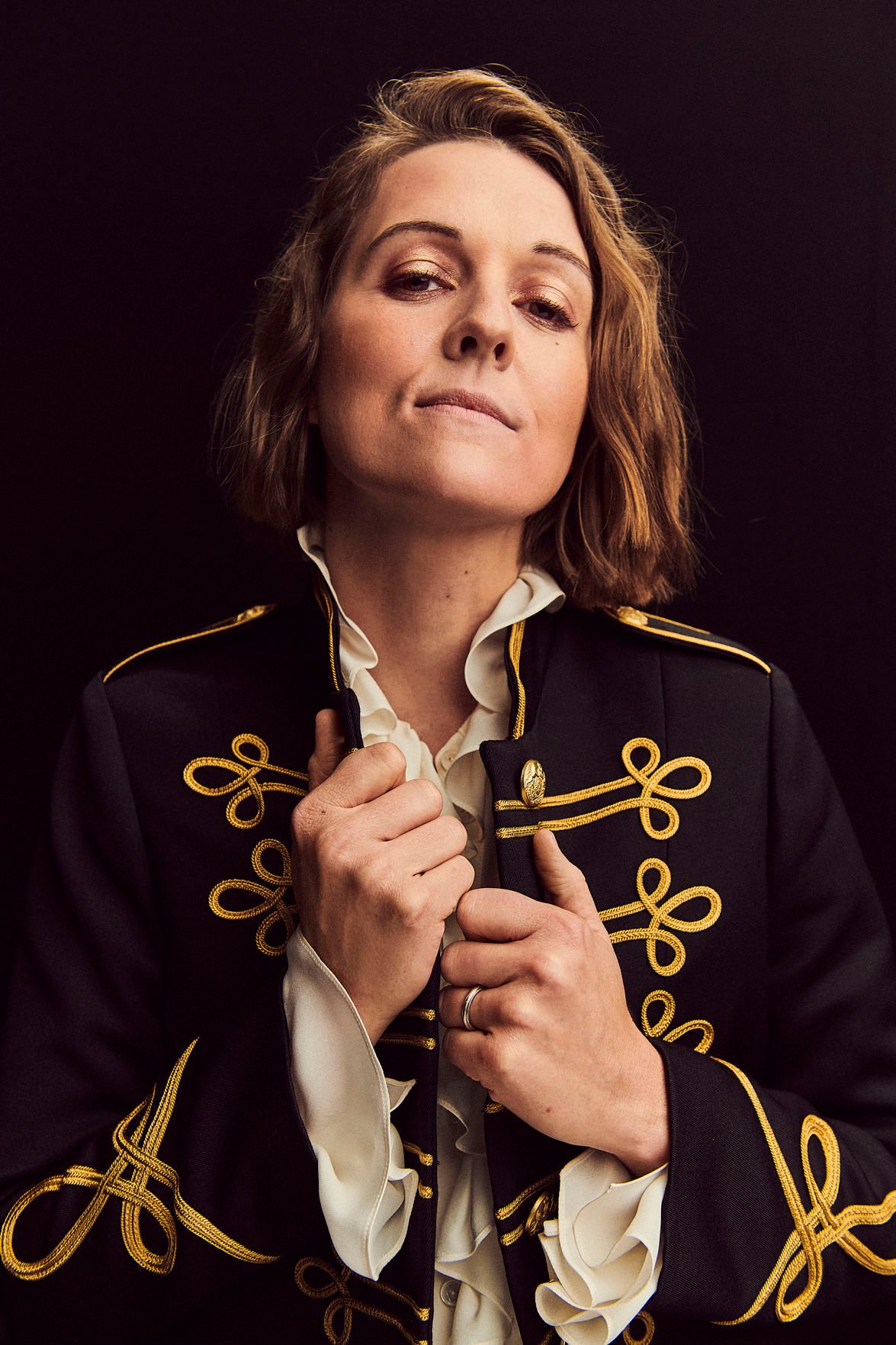 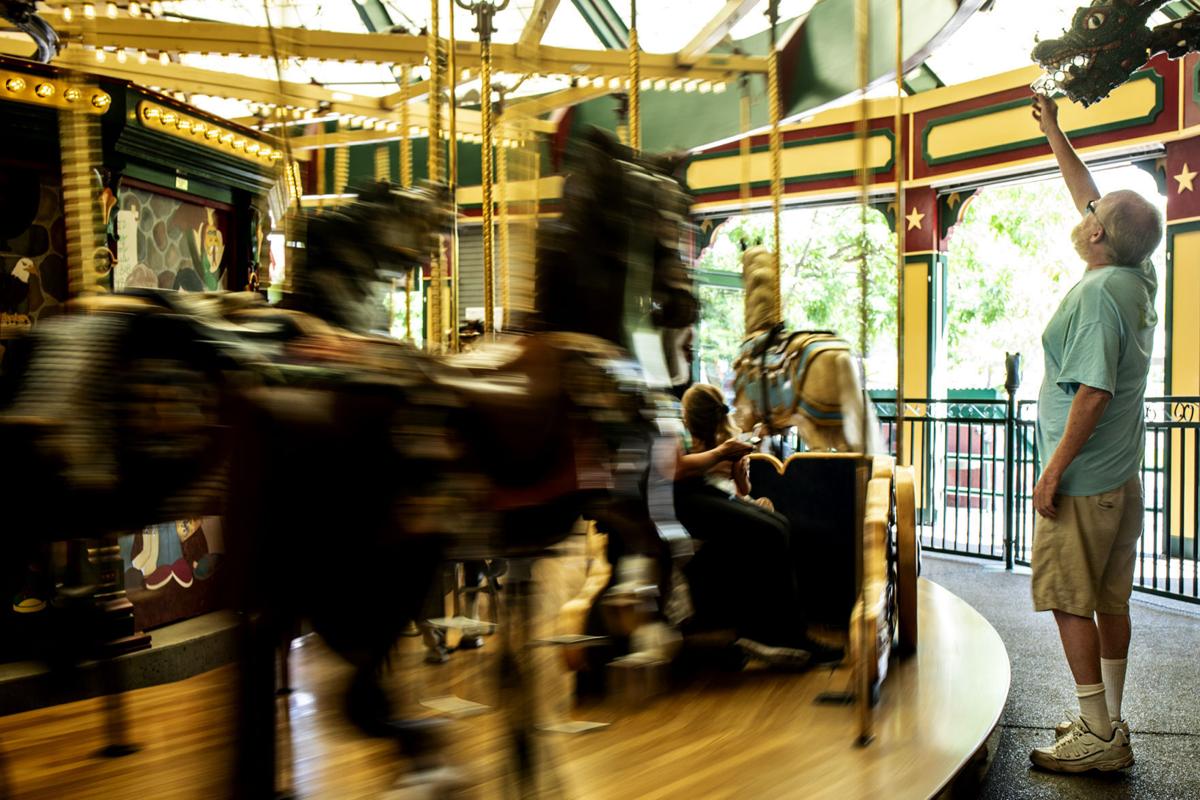 Jeff Overturf, an operator of A Carousel for Missoula for three years, adjusts the rubber rings on the carousel at Caras Park in 2019.

Jeff Overturf, an operator of A Carousel for Missoula for three years, adjusts the rubber rings on the carousel at Caras Park in 2019.

A quick guide to some arts and events (and live music) happening in the next week.

Surely you’ve heard that KettleHouse Amphitheater is opening its season with a three-night run from The Highwomen member and singer-songwriter extraordinaire Brandi Carlile. The first two nights are sold out, but there are tickets available for the Sunday, July 4, show (which will also include fireworks).

Head to logjampresents.com for information on tickets, shuttles, parking and more.

The Drum Brothers, a percussion-heavy world music ensemble, is throwing a benefit concert for Betsy Mulligan Dague, who’s retiring after three decades as the director of the Jeannette Rankin Peace Center.

It’s off the usual path at Second Chance, 383 Coloma Way N., in Potomac. It starts at 7:30 p.m. For food, you can visit the Copper Cliff Cafe food truck from 6-8 p.m. Suggested donation for the music is $15-$25 per person. Go to innerworkingsresources.com/SecondChanceDirections for more information.

John Floridis and Jenn Slayden in a sculpture park

See some Montana musicians in a very Montana location — the tepee burner at Blackfoot Pathways: Sculpture in the Wild. Guitarist John Floridis and cellist Jenn Slayden are performing inside, but you’re welcome to sit inside (there are large entryways) or outside. The music starts at 7 p.m. Free, donations accepted. Go to sculptureinthewild.com.

Two fine things — barbecue and whiskey — will come together in Caras Park at the first BBQ and Whiskey Fest. The food will be cooked by pros from around the state. The whiskey brands are providing cocktails and tastings. For entertainment, try out ax throwing. Or listen to musical acts, all of whom are of the whiskey-drinking Americana disposition: Milltown Damn, Hardwood Heart, Why We Came West and Travis Yost.

The event runs from 1-8 p.m. It’s all ages and free to get in, but the whiskey will cost you. $15 gets you a cup and three drink tokens. For more information, head to the Facebook page.

“Funk the pandemic” is the slogan for the first Missoula Funk Fest, in the open environs of Silver Park and conveniently located near the river. The lineup is locals, with both live bands and DJs. (In the case of Mark Myriad and the Honey Horns, you get both.) The rest of the bill includes Jetstar, Transcendental Express, LaForge, Pony P and Coach Shane.

It’s free entry, with food and drink trucks plus a bar from the VFW.

A Carousel for Missoula will pay tribute to Chuck Kaparich, a driving force behind its creation and the hand-carved horses, on Sunday. Kaparich died on Monday, June 28, according to a news release from director Theresa Cox.

Kaparich, a cabinet maker, taught himself to carve horses starting in 1988 and approached the Missoula City Council about constructing a carousel for the city. He volunteered hundreds of hours carving and teaching others.

“In everything you see and hear at the Carousel, you will find a bit of Chuck,” Cox said.

Contemporary thriller from a Montana author

Connor Sullivan, the Gallatin Valley-based author, has a new thriller, “Sleeping Bear,” about an Army veteran who’s kidnapped in Alaska and her father’s pursuit.

Sullivan will be talking with “The Real Book Spy,” a thriller-centric Twitter account, through a virtual talk from the Montana Book Festival, Fact & Fiction, Arts Missoula and Humanities Montana.

The talk starts at 6 p.m. to register, head to montanabookfestival.com.

Colorado drums-guitar rock duo In the Whale will bring punk hooks and rowdy sounds to Monk’s Bar, along with local power metal group Night Witch (members of Rooster Sauce, Judith Gap and Cory Fay and the Good Goddamn) and Modularhaze.

Arts in Missoula: Montana bar photos sidle up to the museum