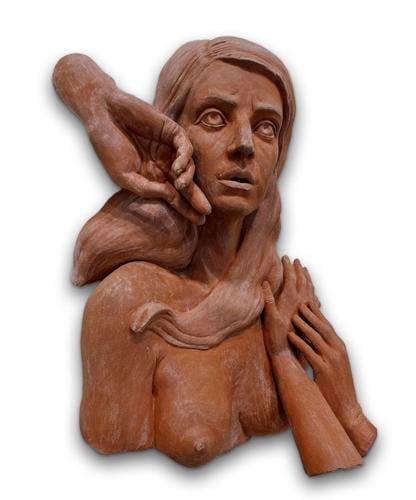 Stephanie Dishno is showing sculptural and functional ceramic at the Clay Studio of Missoula this month. 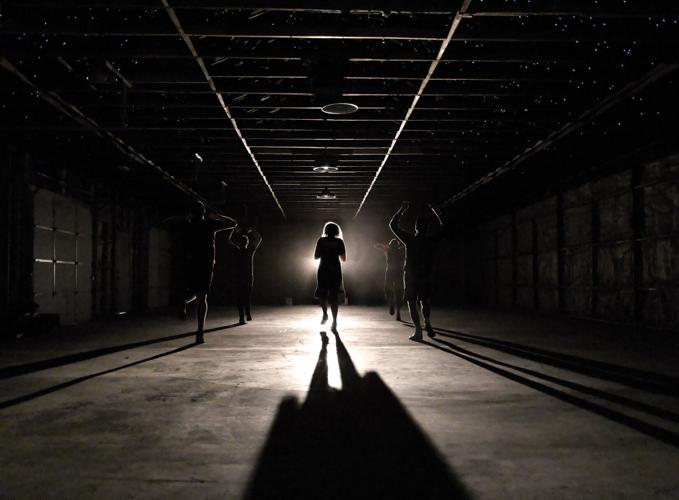 The Nervous Theatre, a traveling dramatic group, is performing Bertolt Brecht's "The Caucasian Chalk Circle" at the West Side Theater on Aug. 5-6.

A quick guide to some upcoming arts and cultural events happening around Missoula in the coming week.

Stephanie Dishno, one of the city’s ceramic artists who specialize in figurative work, has an exhibition opening at the Clay Studio of Missoula.

“This is all just a little uncomfortable,” marks the end of her two-year residency at the studio. In that time, she also co-founded the Wildfire Ceramic Studio off West Broadway. (Its residents are showing work this month at the ZACC in a show entitled, “Conflux.”)

The Clay Studio show will include her dramatic figurative sculpture and “a large collection of cups she has created that reference the female body and feature of a myriad of intimate illustrations,” according to a news release.

The show will continue through Aug. 27. The reception is First Friday from 5-8 p.m.

A political drama at the West Side Theater

A nomadic drama group, the Nervous Theatre, is bringing a Bertolt Brecht play to the West Side Theater. Their production of “The Caucasian Chalk Circle” is billed as “playful and immersive,” according to a news release.

The story centers on a child, abandoned by his mother, who is taken in by a kitchen maid during wartime. The lands affected by the conflict, and the son, become the center of a dispute that the viewers will take part in.

“Our production brings the audience directly into the conversation from the moment they enter the space,” director Connor Berkompas said in the release.

The production includes a UM graduate, Danielle Sather, as Grusha, the maid; along with Isabel Shaida, Gabriel Taurman and Sympathie the Clown.

A new musical will get a stage here in Missoula.

“The Retail Song Cycle” was written by Cameron Michael Fehring, who studied music at the University of Montana and then moved and worked at a Fortune 500 retail store.

“Throughout the musical, Mac navigates the reality of being a naive, eager new employee and coming to terms with the opposing forces of ‘actual reality’ and ‘retail reality,’ ” according to a news release from the ZACC.

Looking for a '90s-era romantic comedy? Revisit a classic that centers on teen angst, love and friendship. The pick this week at Missoula Outdoor Cinema is the 1999 classic “10 Things I Hate About You,” starring Julia Stiles, Heath Ledger and Joseph Gordon-Levitt.

Films are screened at the Head Start playground, 1001 Worden Ave. Donations are encouraged, $5 per person or $10 for a family, pets and alcohol aren’t allowed, and proceeds go to neighborhood work. Popcorn will be for sale. The movie starts at dusk.