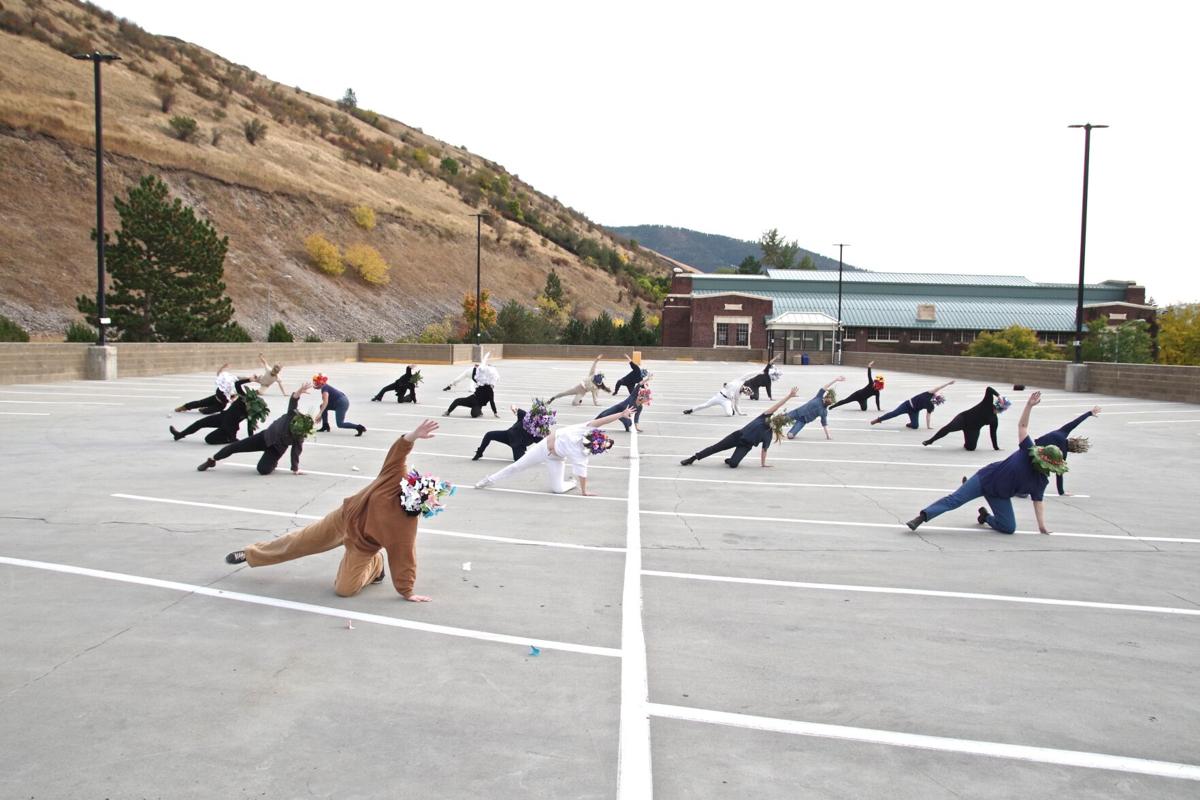 The University of Montana School of Theatre & Dance is presenting "Dance Underground," in which original choreography was filmed outside. Visiting assistant professor Brooklyn Draper's piece, "Dreamdays," was shot at the parking garage on campus. 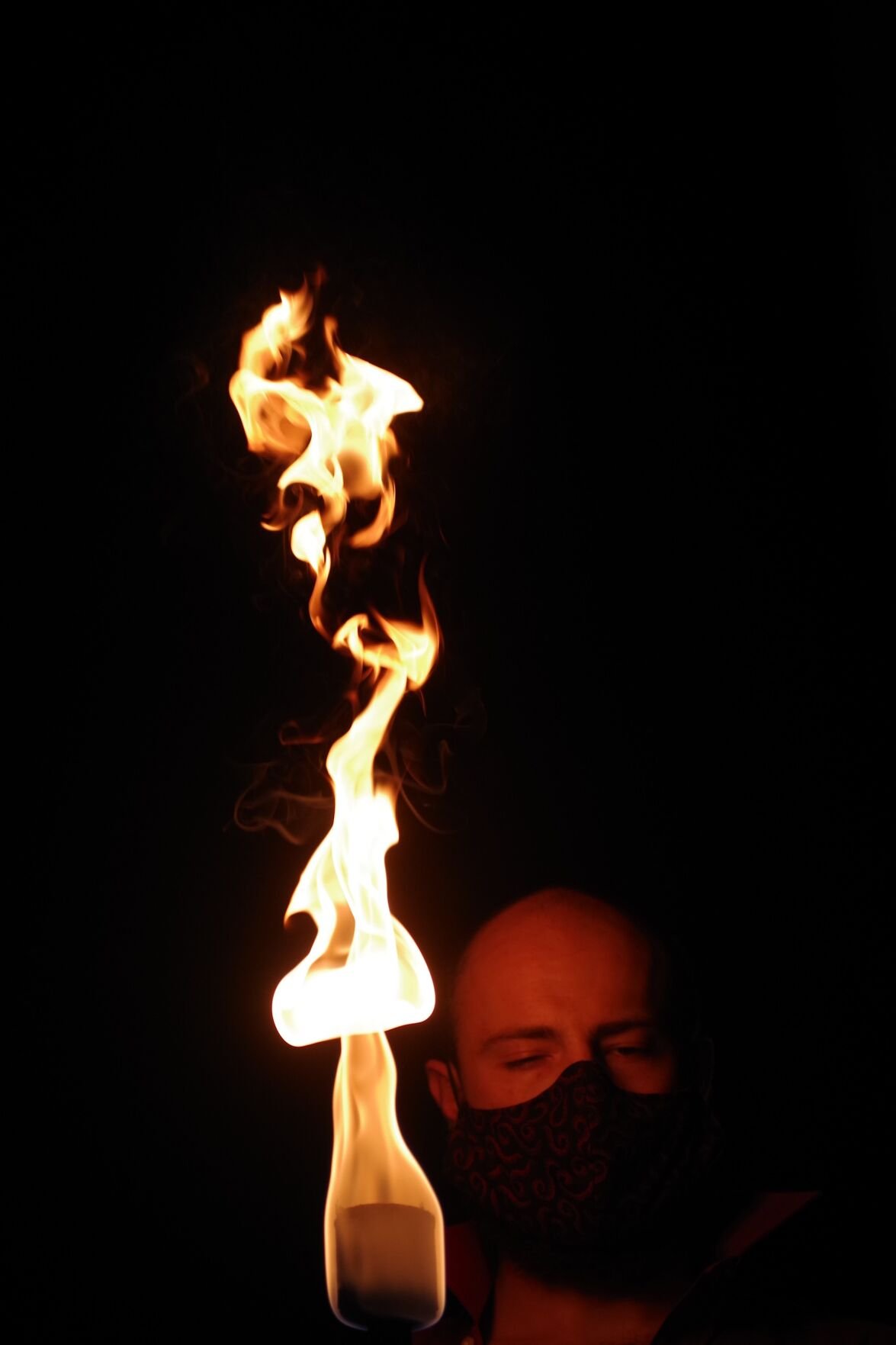 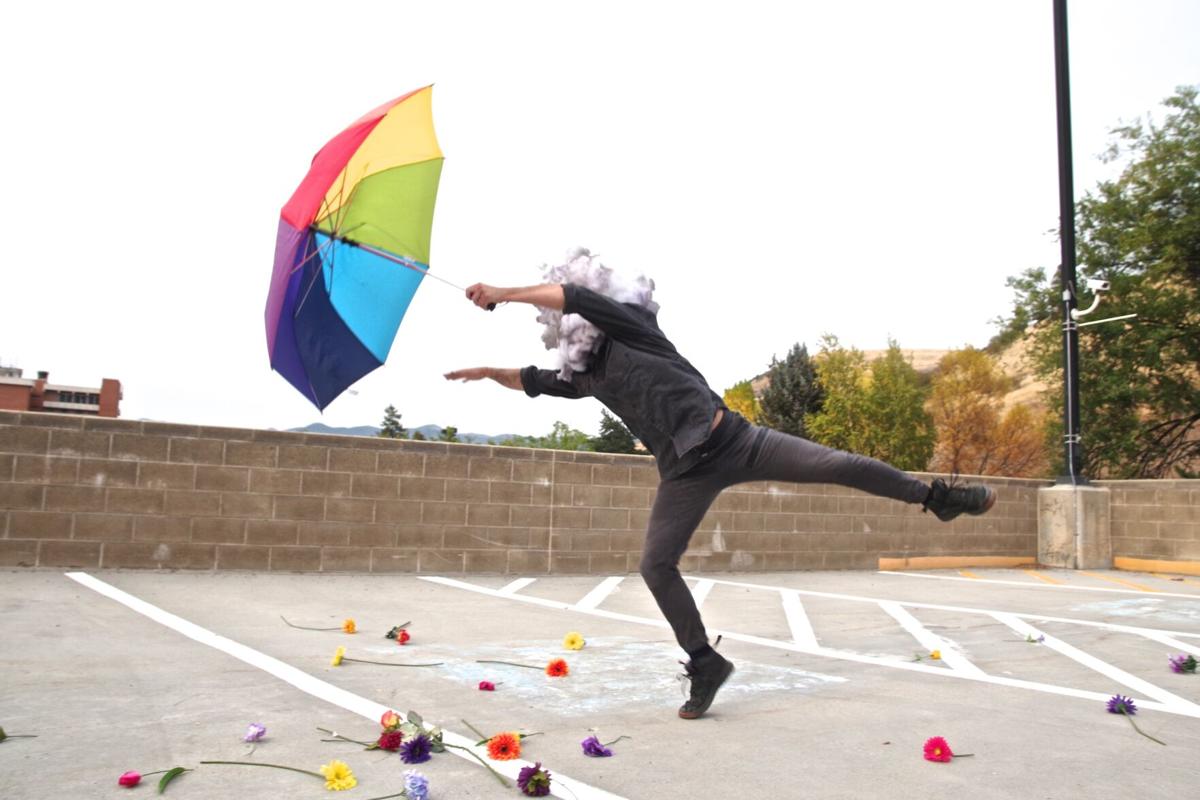 The University of Montana School of Theatre & Dance is presenting "Dance Underground," in which original choreography was filmed outside. Visiting assistant professor Brooklyn Draper's piece, "Dreamdays," was shot at the parking garage on campus.

Within challenges and limitations, Brooklyn Draper says, creativity can blossom.

The limits that Draper, a visiting assistant professor of dance at the University of Montana, was talking about were many. The creativity is visible in “Dance Underground,” an on-demand video showcase of student choreography, plus one piece by Draper. Students designed solos, duets and group pieces. They shot them along the Clark Fork River Trail in grassy spots or a pedestrian tunnel. Or up in the North Hills, or in Draper’s case, a parking garage.

Some filmed and edited the pieces themselves, others enlisted help.

“This was a new realm for me, and the dancers as well, but also a huge learning experience because this is where dance is right now. It’s online. So we have to start learning these skills to be able to share our art form,” she said.

About those limitations: Going into the fall semester, the faculty at the School of Theatre & Dance had to make many modifications. They started the semester outside, but now many of the dance classes are held in a part of the Adams Center, where they can maintain 10 to 12 feet of space. Michele Antonioni might have 17 students in her class and work with smaller sets at one time.

Nevertheless, it was a welcome return after online classes.

“Everybody’s been doing Zoom since March, it’s just been lifesaving, life-giving to actually be back in a real dance studio in person,” she said.

Their productions for the public would have to be on video, though.

For those videos, like their classes, the dancers had to wear masks on, “no matter where they were, and no matter how socially distanced they were.” Because dance is strenuous activity, Draper said they tried to stay farther than 6 feet.

Normally, dance involves contact. In duets, dancers move face to face. They lift each other off the ground. An entire genre, contact improvisation, in which dancers are in contact, often using each others’ body weight for support, is off limits for the near future.

But the core of dance — “making movement and placing that movement in space,” Antonioni said, can still be achieved. “You can make really valuable, creative art and you can do it in a very specific way that maybe isn’t what we’re used to,” she said.

For “Dance Underground,” the students were required to record their work or enlist help, film their work outside, maintain social distance, and wear masks.

“You lose the personal three-dimensional energy that a stage and a dancer and an audience has, but you can maintain a lot of energy just by the camera and editing is utilized,” Antonioli said.

You can see the students experimenting with it already: Close-ups that an audience member in the Montana Theatre would never get to see. Or quick editing. In one video, the dancers are situated in a hallway with a loveseat, and they quickly cut between solo shots much like in a music video, with boots to match the lyrics about how said footwear is “going to walk all over you.” (They’re clustered together in other scenes, with a disclaimer that they’re housemates, podded together, and shot the video over the summer.)

“Skin,” by Amber Stephens and Courtney Hawkins, was filmed with a view of the moon over the mountains and soft-focus shots, sometimes of the full group of eight, sometimes in quick vignettes of fewer. “Uncovered Turbulence,” a duet by Hannah Dusek and Regan Tintzman, switches from serene movements in a serene hillside setting to a kinetic and cathartic mood along the river trail. Mark Berner II’s “Woke’d Up,” opens with him curled on his side on a hardwood floor, moving in anxious circles while cradling an open laptop, before awakening in a bed, rising and transitioning into a whirl of fire-spinning.

Draper has choreographed and performed for screen dances before, but it was her first time directing and editing, an experiment with a new form that she took up alongside her students. She normally creates pieces with a lot of partnering, touch and proximity. For “Dreamdays,” she wanted to make something they could still do even if there was a shutdown and they went on Zoom again.

Since they’d have to wear masks, she decided to conceal them with something more ostentatious — each of her 25 dancers made a kind of surreal dream-like head coverings. Some of them are clouds, since Draper started with the notion of daydreaming, which “gave me freedom to allow anything to happen and be OK with it,” she said, and remind herself “not to micromanage so much.”

They recorded at the parking garage near the base of Sentinel, resulting in the striking, music-video-like image of a large group, fanned out and moving to the sounds of breathy beat-boxing and, later, techno beats — a piece of music by Michael Wall, who composes for dance based in Utah.

The dancers themselves helped create “this sense of community through the movement qualities,” and a feeling of “letting what happens, happen.”

She created it during the pandemic, with all the limitations that can’t be safely avoided, a notion that they remind their students of.

“You’re dancing through a pandemic, and that’s actually pretty amazing, and we’re doing it safely. You’ll look back in 10 years and think, wow: That’s pretty amazing that we made this in such a crazy time,” she said.

The University of Montana School of Theatre & Dance is presenting “Dance Underground” online through Sunday, Oct. 25. The videos, about 40 minute total, were pre-recorded and shot with social distancing and masks.. Sign up to watch at umt.edu/umarts/boxoffice. Donations are suggested and go to the ASUM Student Dance Club for guest artists, and a portion will go to the Missoula BIPOC Mutual Aid Fund.