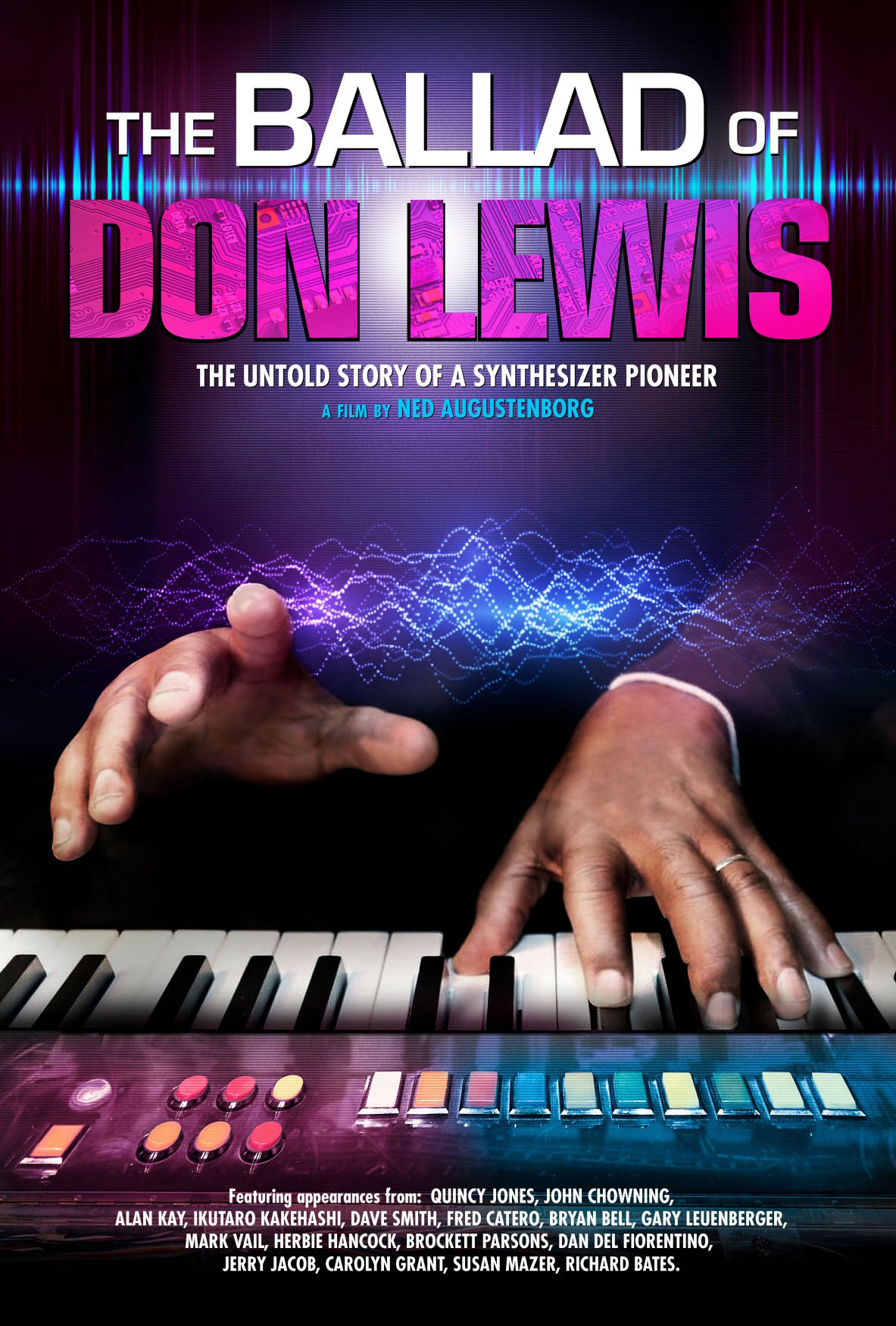 Entertainer and engineer Don Lewis imagined the future of electronic music a decade before others. The true story of this pioneer in the field of electronic music is finally being told in a new documentary “sneak preview” in Missoula. Lewis toured with The Beach Boys, played in studio with Sergio Mendes, Michael Jackson, Quincy Jones and other music greats. Lewis will be in Missoula to perform following the film and producer Ned Augustenborg will speak about the making of the film. The event benefits Rotary’s END POLIO NOW program to eradicate polio from the world. Tickets available at www.theroxytheater.org.

This event has passed 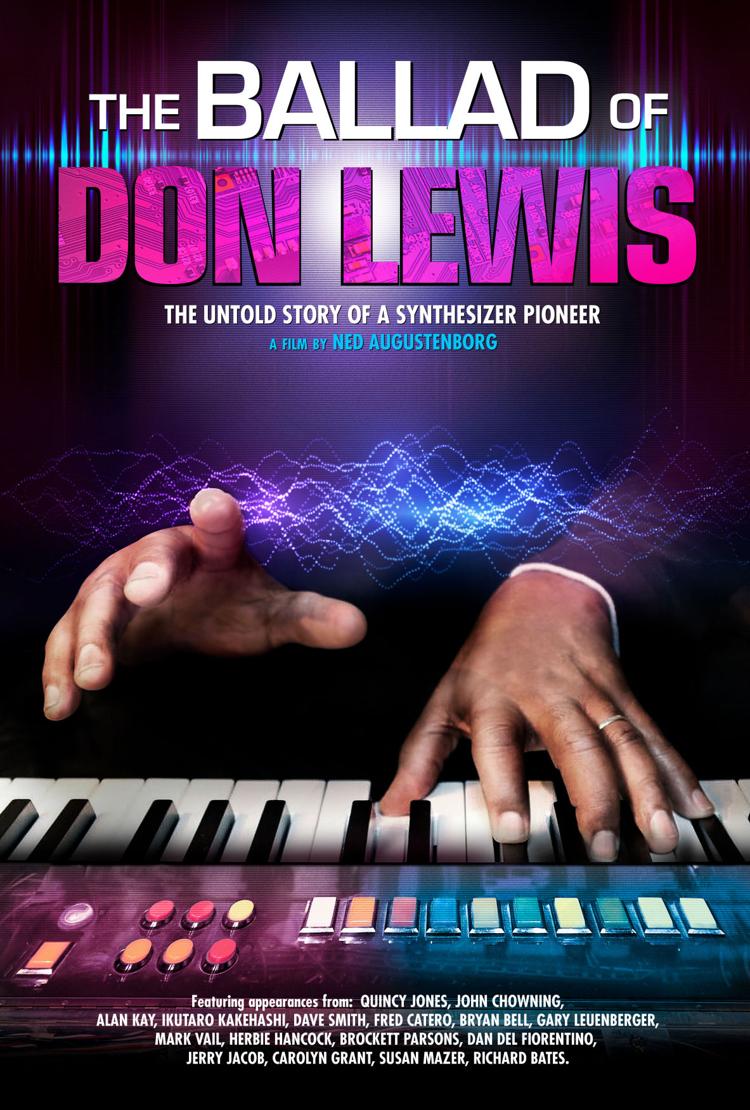 Entertainer and engineer Don Lewis imagined the future of electronic music a decade before others. The true story of this pioneer in the field of electronic music is finally being told in a new documentary “sneak preview” in Missoula. Lewis toured with The Beach Boys, played in studio with Sergio Mendes, Michael Jackson, Quincy Jones and other music greats. Lewis will be in Missoula to perform following the film and producer Ned Augustenborg will speak about the making of the film. The event benefits Rotary’s END POLIO NOW program to eradicate polio from the world. Tickets available at www.theroxytheater.org.

MISSOULA, MT — Don Lewis knows the value of music. As a child growing up in the Midwest during the 1940s, Lewis felt inspired by gospel songs he heard in church. Witnessing the power of music led him to envision a world where music could make a difference. Thus music became his “magic carpet” transporting the talented, young Lewis from the projects in Dayton, Ohio, to performing in concerts around the world from jazz clubs to European cathedrals to New York City’s Carnegie Hall.

“Music is the most powerful way to inspire the human spirit," says Lewis, 78, who continues to perform and teach worldwide.

In addition to being a performer, Lewis is also an electronic engineer. His revolutionary approach in redefining the synthesizer led him to concerts and studio work with The Beach Boys, Quincy Jones and Michael Jackson. In 1977, he completed design of the Live Electronic Orchestra, or LEO, a complex engineering feat that brought together all the wondrous sounds of an orchestra into one — electronically.

Eventually, Don’s musical talent and electronic ingenuity brought him fame in the highly competitive entertainment scene in San Francisco. But there was anguish, as is always the case with those who can see a future that most of us do not yet fully comprehend. And while Don foresaw the future of electronic music, there were those that refused to accept his vision.

Lewis’s true story — “The Ballad of Don Lewis: The Untold Story of a Synthesizer Pioneer” — is being told for the first time in a new film to be released in late 2019. The feature-length documentary is produced by award-winning filmmaker Ned Augustenborg.

Hosted by the Rotary Club of Missoula as a benefit for Rotary International’s END POLIO NOW project to eradicate polio from the world, Rotary Night at the Movies features Lewis in a live performance at The Roxy Theater, 718 S. Higgins Avenue in Missoula on Saturday, November 9, at 7 pm, following a “sneak preview” of the new documentary about his influence in the music industry. Augustenborg will also be present to discuss the story behind the making of the film. Tickets are available at www.TheRoxyTheater.org at $100 per person, $90 is a tax deductible charitable gift.

Lewis has worked with the likes of Quincy Jones, Sergio Méndes, Michael Jackson, Billy Preston and Marvin Hamlisch. He has scored and produced music for television, film, and commercials. Ikutaro Kakehashi, founder of the Roland Corporation, credited Lewis and LEO as being his "inspiration for MIDI.”  LEO will return to the National Association of Music Merchants' (NAMM) Museum of Making Music in 2020 in Carlsbad, CA, where it will be on display until 2030.

Throughout his illustrious career, Lewis has remained true to his passion for children and arts education. He taught "Gospel Music: A Passionate Heritage" at UC Berkeley Extension and participated in music technology seminars at Stanford University, University of California at Berkeley, and San Jose State University. In 1987, he began the school assembly program “Say YES to Music!”  Throughout the years, Don has encouraged and inspired thousands of children to include music in their lives and to pursue their dreams.

Augustenborg has produced a wide range of content having produced or directed for ESPN, MSNBC, CNN, The Mountain Sports Network, Canadian Sports Network, Prime Ticket, SportsNet, and CNBC. A recipient of multiple Emmy and CableACE Awards in the categories of Entertainment, Documentary, News and Sports, Augustenborg most recently produced and directed for Time Warner Cable’s newly developed sports channels in Southern California for which he received two Emmy nominations for "Best Live Sports Coverage" in 2014. He has produced documentaries on such diverse subjects as the California Department of Corrections, a struggling Los Angeles Latino rock band, and the early life of Nobel Prize winner Glenn T. Seaborg. In addition to his freelance production career, Augustenborg also managed several studios for a variety of Cable TV operators throughout Southern California.

AlphaGraphics and Morgenroth Music Centers are in-kind donors for the Rotary Night at the Movies event. VIP Sponsors include Victoria Emmons of Missoula; two Anonymous donors from both Missoula and San Diego, CA; and a matching $1,000 gift for End Polio Now from Lauretta and Curt Belts of Florence, MT.

For more information or sponsorship opportunities, contact Victoria Emmons, president-elect of the Rotary Club of Missoula at (925) 699-9421.

Don Lewis gained iconic status in San Francisco’s live music scene during the 1970s and 1980s while performing on the LEO (Live Electronic Orchestra), an interactive network of synthesizers and sound modules that Lewis designed and engineered, that eventually proved to be more than a decade ahead of its time. Earlier in his career, Lewis was based in Los Angeles where his pioneering efforts in the world of Electronic Music lead to work with The Beach Boys, Quincy Jones, Billy Preston, Marvin Hamlisch, Sergio Mendes and Michael Jackson.

But after years of success as a live performer in San Francisco, Lewis was abruptly labeled a “national enemy” of the Musicians Union. Picketing of his performances soon followed which halted Lewis’s ability to continue making a living as a musician, fueled mostly by the Musicians Union’s fears regarding the advancement of electronic instrumentation. Don Lewis personified those fears.

Rotary Night at the Movies is brought to you by the Rotary Club of Missoula. The Ballad of Don Lewis is a special one-night only “sneak preview” event to support END POLIO NOW, Rotary International’s program to eradicate polio in the world. Appetizers and beverages will be served before the film. Program includes introduction by producer Ned Augustenborg and a special live performance by Don Lewis, as well as an autographed movie poster for each attendee.