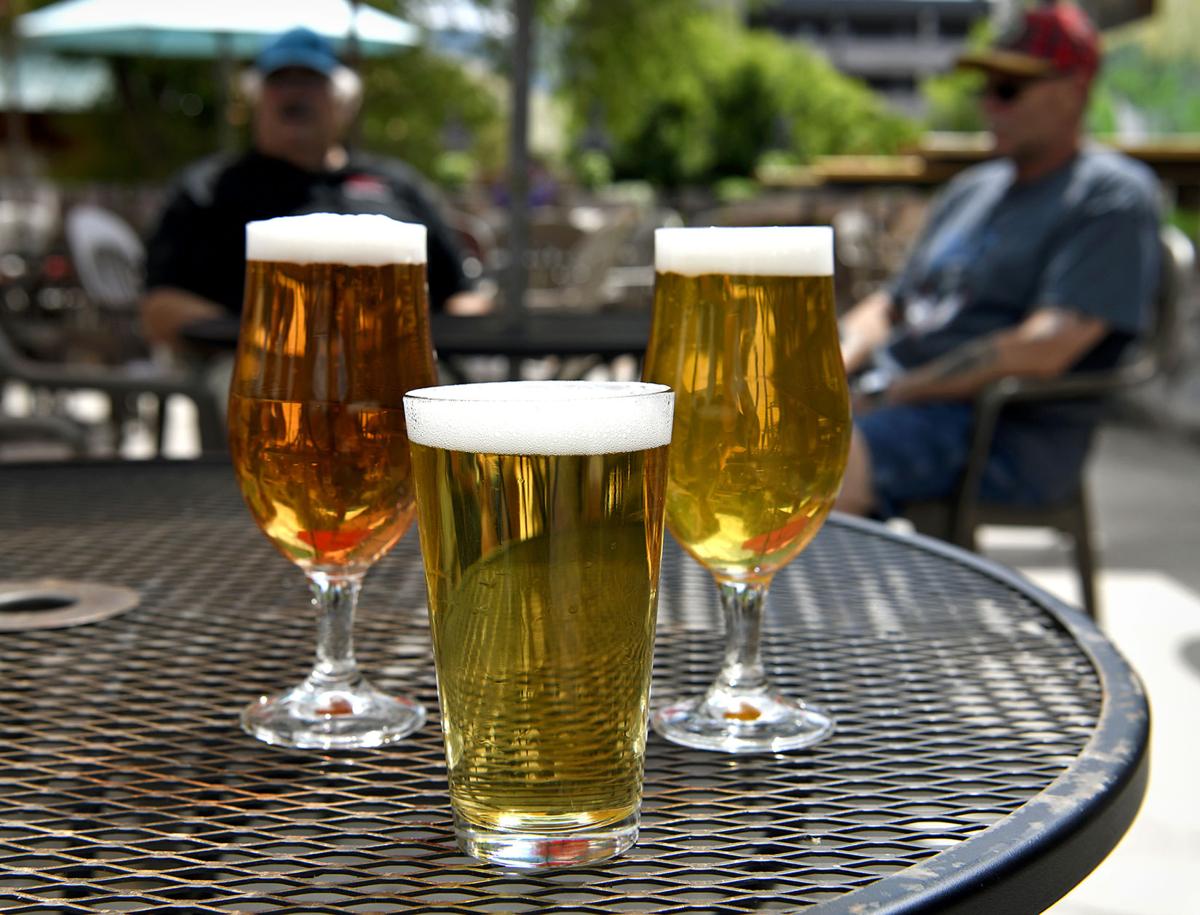 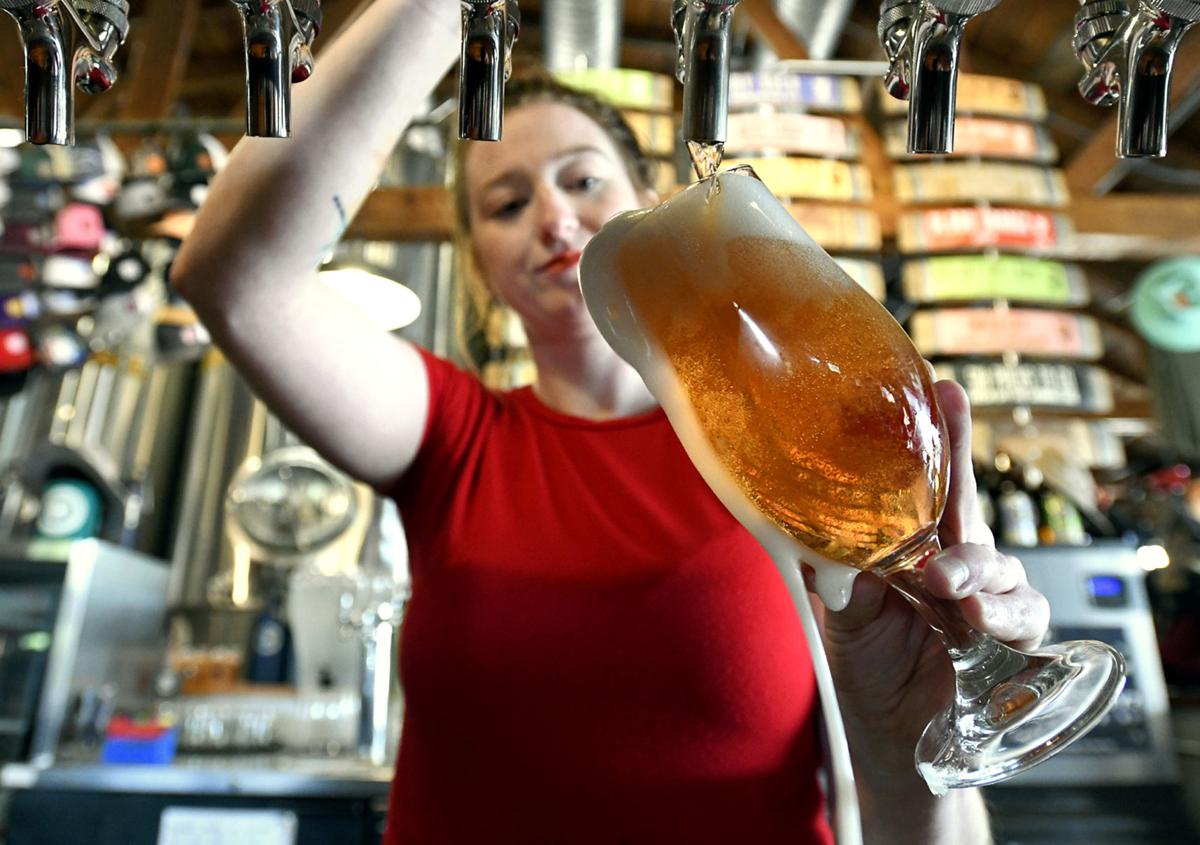 There is something special about a seasonal beer, only found on tap for a few weeks and strongly associated with its season — summer, fall or winter.

Summer beers in particular present an opportunity for brewers and drinkers alike, as nearly every kind of beer, save your darkest, most barrel-aged stouts, sip well in warm weather and lighter styles provide fertile ground for experimentation.

“People want something easy-drinking, that they don’t have to think too much about,” Draught Works head brewer Kyle Sillars said. “In the summer, we’re going to feel more pressure on the sours, the light, crisp, refreshing lagers and ales.”

Breweries — especially Montana breweries — market their beers as a sort of lifestyle, which means if the weather’s warm and you’re out hiking, biking and floating your summer away, you need a beer to match.

That brings up another trend noticed by both Sillars and KettleHouse head brewer Zach Nelson.

Customers “want that lower ABV,” Nelson said, in reference to beer’s alcohol by volume, denoted by a percentage (generally, under 5% is low and over 7% is high).

A lower ABV allows people to drink more beer, and stave off the effects of alcohol in the summer heat, Nelson said. In response, KettleHouse focuses largely on beers with around 5% ABV during the summer months.

The low-ABV trend, along with a focus on light, easy-drinking beer, also has spurred a boom in popularity of classic European lagers and Pilsners, which make up the backbone of America’s macro beer scene (Budweiser is a lager and Miller Lite is a Pilsner).

Both Nelson and Sillars are brewing up craft lagers and Pilsners this summer.

“Essentially, what a craft brewer’s take on Budweiser would be, but with better ingredients, local ingredients,” Nelson said.

Sillars said the lagers and Pilsners are sort of his personal project this summer, as he works through various international styles, with a Japanese rice lager, Czech-style Pilsner and Italian Pilsner on tap so far.

But there is a contingent looking for something a little more fun, a little funkier. Enter the sour.

Draught Works’ main focus this summer is on their Montana Funk series, with two entries so far — a pineapple sour and rosé sour, with more to come.

These are especially popular, Sillars said, given the wide variety of flavors and approaches he can take. And they can be brewed fairly quickly as well, which is good when one catches hold with customers.

“Especially when you can incorporate local fruit,” Sillars said. “Any kind of twist you can add.”

KettleHouse has its own sour this summer, a German gose, which also packs plenty of tart taste and fresh fruit, Nelson said.

Most beers are ready to be on tap within two to three weeks, Sillars and Nelson said, giving their breweries lots of space to experiment and try new ideas on the fly throughout the summer. Both brewers planned on making up to a dozen different seasonal brews.

Those require more like six months of lead time, though Nelson said all of their seasonal releases are in line to become part of the regular lineup.

“We’re taking that seasonal (tag) away from it and we’re looking at doing it year-round,” he said. “That’s kind of the first time we’re trying that with cans.”

There are exceptions to these summertime trends, however. Both Sillars and Nelson noted a couple of high-ABV beers that are very popular in the summer: Scepter IPA (6.1%) and Pineapple Express IPA (7.2%) at Draught Works and the Shady IPA (7%) and Coldsmoke (6.5%) for Kettlehouse.

Nelson thought this pointed to the growing coterie of educated beer consumers, who are more learned about different styles and flavors and want to drink what they like, no matter the season. In a way, he said, it’s eroding a bit of the seasonality of craft beer.

“That’s great for the industry,” Nelson said. “They’re demanding to drink what they want no matter what the season.”

Sillars agreed, noting the different types of drinkers who come into Draught Works in the summertime.

“You’ll see equal opinions of both sides — you have a strong contingent of people who want an easy-drinking cream ale on tap … or people who come in and want to try the new sour.”

To please everybody, both Sillars and Nelson just try to cover every base — from their flagship brews to the funkiest of sours. Sillars noted Draught Works’ goal to have 20 beers on tap at any one time.

“We really try to get creative,” Sillars said. “The seasonal format is really the canvas on which we can do that.”