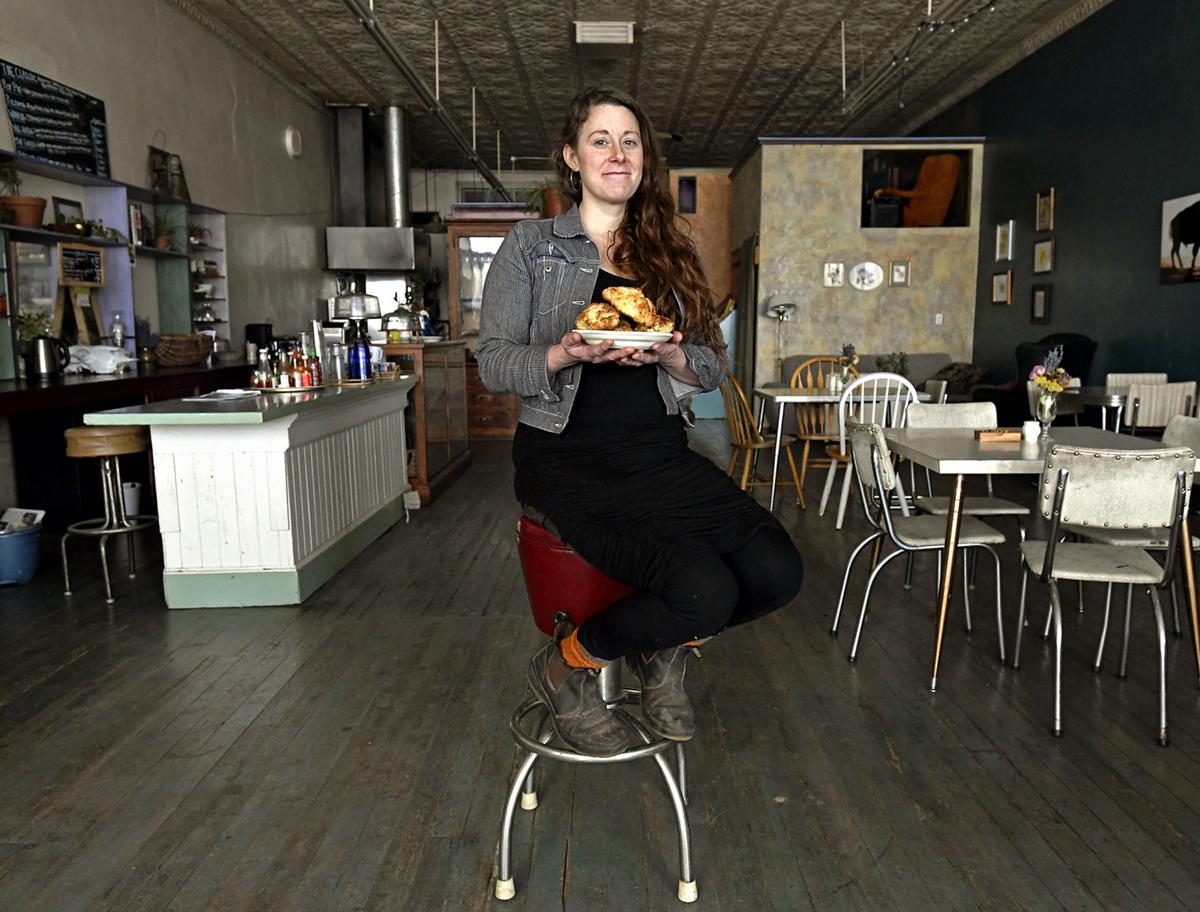 Laura Shannon holds a plate of scones in the Dixon Mercantile, the restaurant she opened last fall. The restaurant has been open for Thursday dinner and Sunday brunch during the winter, and Shannon said locals and out-of-towners alike have become regulars. 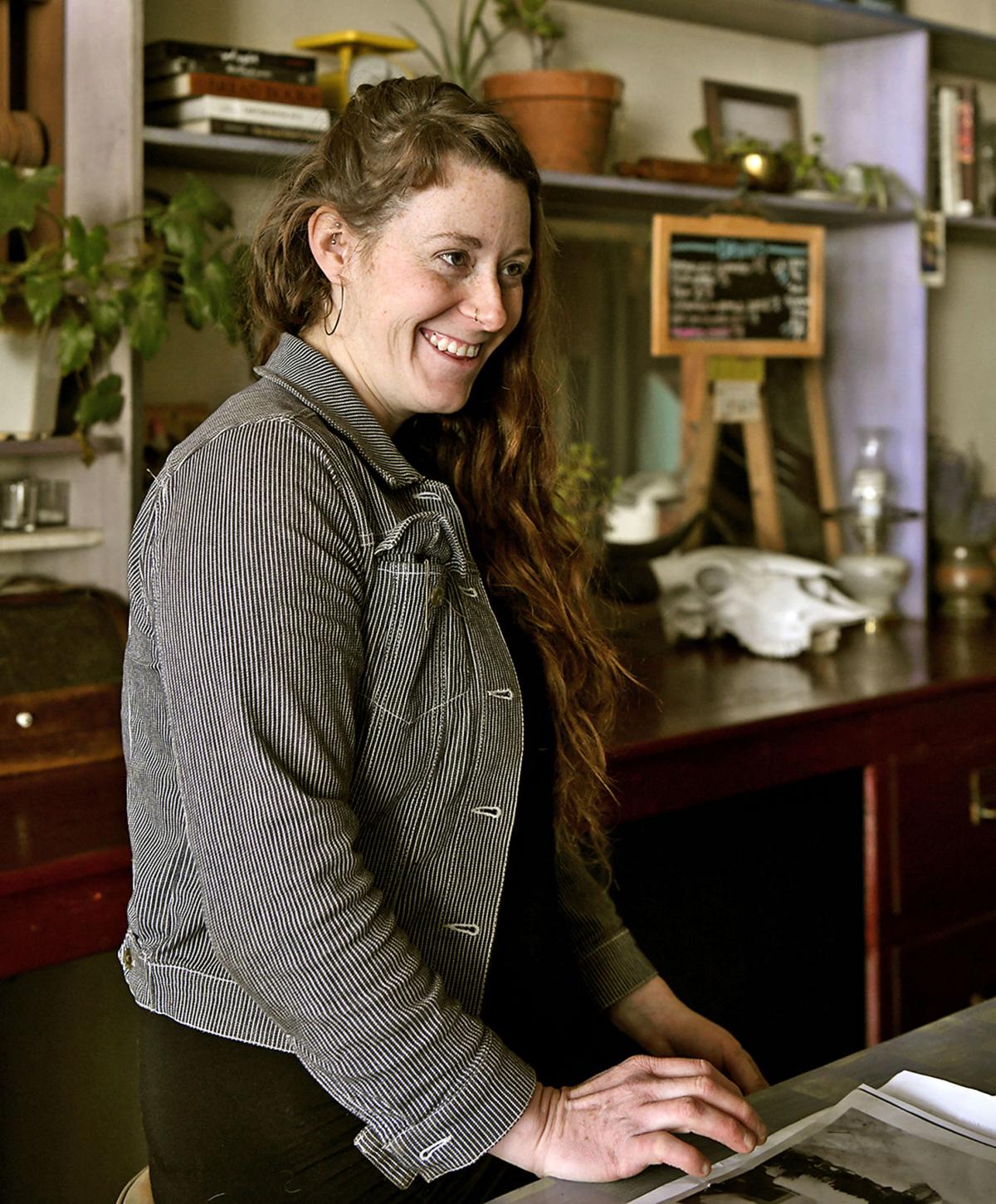 Laura Shannon holds a plate of scones in the Dixon Mercantile, the restaurant she opened last fall. The restaurant has been open for Thursday dinner and Sunday brunch during the winter, and Shannon said locals and out-of-towners alike have become regulars.

DIXON — Laura Shannon takes it as a compliment if someone who seems suspicious of the menu at the Dixon Mercantile keeps ordering food. Once they try it, then come back for more, she knows she's doing it right.

Once, during the restaurant's Thursday dinner, two patrons seemed disappointed she was serving a favorite winter food, homemade soup and bread. They decided to try it anyway.

"They just kept eating and eating and they were very happy with it," she said.

It happens all the time.

The Dixon Mercantile, a 1912 building that was at various times in the past a mercantile, a cafe and a post office, reopened in November, with a funky vintage vibe that people tell her is reminiscent of the Polebridge Mercantile.

During winter, it's only open for Thursday dinner and Sunday brunch. Shannon, a baker who used to sell her wares at the Missoula farmers markets, makes the dinner herself. A soup fan, she's made classics like chicken noodle and bison chili or more unusual fare like pork belly pozole or carrot ginger bisque. They've also done pizza for dinner.

Pies, from honey to chocolate custard, are her specialty.

For Sunday brunch, she handles the prep and baking and Alyssa Kennamer and Bre Ward cook.

The polenta has feta, a fried egg, vegetable hash and bison gravy. Even if you go classic with biscuits and gravy, it's made with bison from nearby Montana Buffalo Gals. Much of the other meat and eggs are from Lower Crossing Farm in St. Ignatius, which has its own butcher shop.

And don't forget Shannon's specialty: Pie. She encourages people to loosen up and have pie for brunch, with an optional egg on top. (Asked why people would come in every Sunday for a month, she responded, "Cause pie for brunch.")

They also have toast specials, and a whole case of baked goods, from bread to cookies.

The prices range from $6 to $8 for main dishes, with options for sides that are cheaper. Shannon said because it's a small community, she wants it to be affordable for everyone.

Locals have become regulars, and Missoula residents have made the trip, some for multiple Sundays in a row, she said.

Rafael Chacón drove up and found it to be a "terrific breakfast in an area deprived of good eats." He said the "baked goods are superb and their waffles are epic."

Shannon hopes to be a stop for tourists on their way to Glacier National Park, or folks in the area to see the National Bison Range en route to hot springs in the area.

"That's a pretty ideal Sunday: Brunch and soaking in some hot springs," she said.

She and her boyfriend, Cooper Malin, moved to the area when he was returning for school. She'd contemplated buying a homestead — she ran one for five years — and saw the building on Craigslist. They've taken the restaurant one step at a time, and are only open two days a week because that's the capacity they're comfortable handling. It's an industry that can burn people out, and so they're taking it slow.

She wants the space to be open for more events in the future. She loves the valley, she said, and wants to provide a community gathering space that's not based around alcohol. And so the dinners often feature music.

John Rossett, a Missoula musician who plays in groups like Cash for Junkers and Night Blooming Jasmine, played there. He said the food was simple and good, too, and the customers were appreciative of the music. With only 12 people there, the band could just cover its gas money, but he'd "definitely play there again."

Their regulars the last Thursday of the month are the Dixon Benchwarmers, a local bluegrass and old-time group. The third Thursday features Jesse Brenneman, who brings his vinyl collection, and DJs. On Thursday, March 7, they'll have a performance by Chris Sand, the Rapping Cowboy. Malarkey, an Irish and old-time band, packed the room, and will be back around St. Patrick's Day.