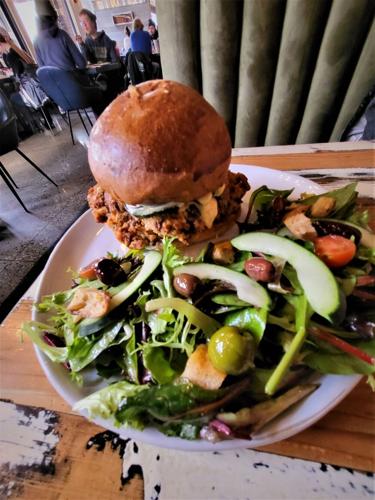 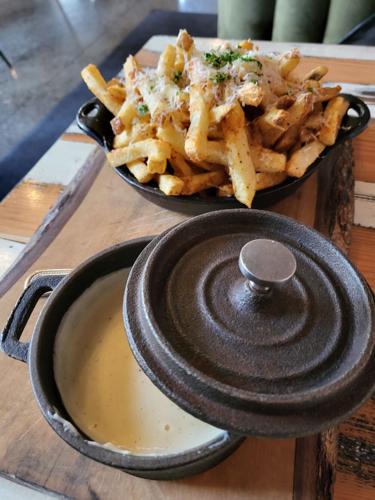 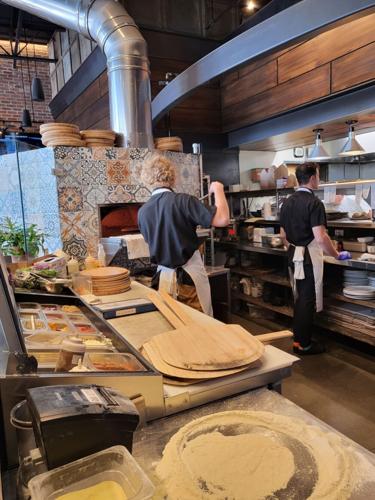 The wood-burning pizza oven greets diners at Revelry and is not only used for baking pizzas but for roasting and baking many of the offerings on the menu. 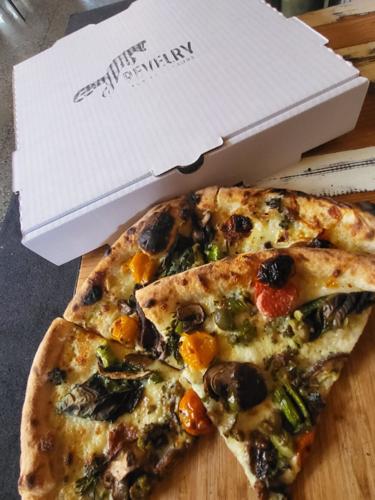 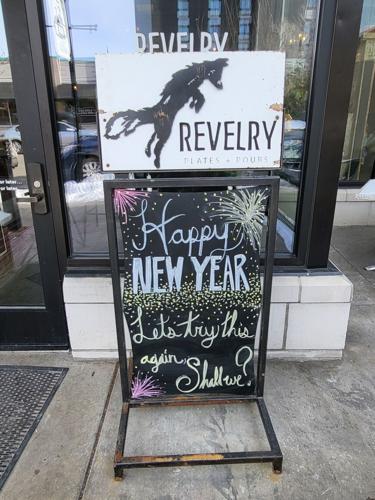 The chalkboard sign out front welcomes diners after challenging times with the COVID pandemic. Revelry cheers on new beginnings for the New Year. 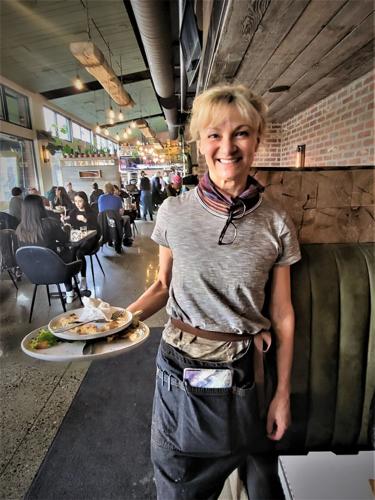 Michelle Smith, who expresses gratitude for the collaboration between the front of house and the kitchen at Revelry, cheerfully clears our table. 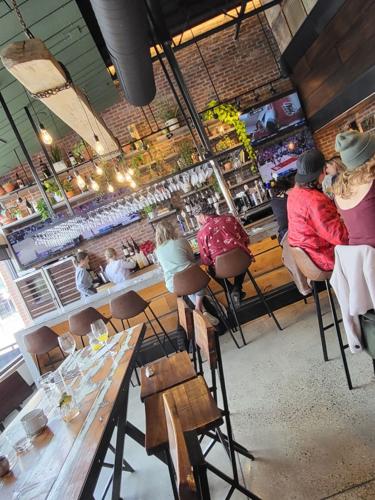 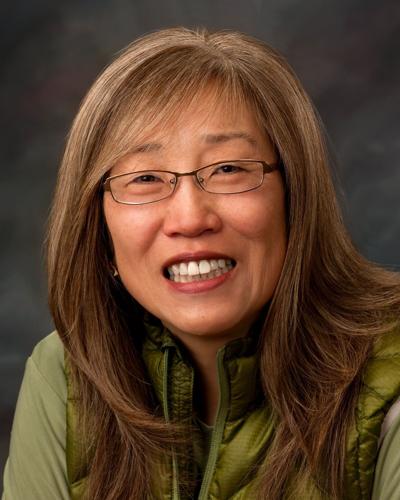 The wood-burning pizza oven greets diners at Revelry and is not only used for baking pizzas but for roasting and baking many of the offerings on the menu.

The chalkboard sign out front welcomes diners after challenging times with the COVID pandemic. Revelry cheers on new beginnings for the New Year.

Michelle Smith, who expresses gratitude for the collaboration between the front of house and the kitchen at Revelry, cheerfully clears our table.

Just off the main drag in Bozeman is the restaurant with the name Revelry, meaning merry making with a similar pronunciation to another word for the sunrise bugle.

On this Saturday, my husband and I stopped for brunch long after the sunrise bugle before heading back to Billings. As the song by The Band played, “Take a load off Fanny. Take a load for free,” we were led from the main bar area in front of the wood-fired oven to our booth, backed by a brick wall and ensconced in rough-hewed wood planks, to slide onto the forest green leather and velvet booth seats.

We took our load off as did other diners who packed the house. Even the outside enclosed heated patio seating was full. The chorus of conversation muted the music we heard when we entered as healthy and fit diners savored this morning’s nourishment.

Our waitress Michelle Smith, who looked like a marathon runner or climber, took my husband’s order of the Epic Chicken Fried Sandwich, house salad and my choice of the day’s special pizza. Since we skipped breakfast, the Frites & Fondue was in order. In the future, my choices will include the cauliflower wings served “classic buffalo or Asian style with miso bleu cheese dressing” and the “Brussels Caesar” with “organic greens, umami white miso Caesar dressing, crispy Brussels sprouts, house-made croutons & hand-grated Grana Padano cheese,” and burgers from Devon cows sourced from Sitz Angus in Harrison. The classic Reuben is a nod to Starky’s, the restaurant serving “authentic American” that once occupied this space.

Chef McPhail oversees the food at two other restaurants: Jam! and Dave’s Sushi. He grew up in Ferndale, Washington, near the Canadian border in a small farming community. After graduating first in his class from South Seattle College’s culinary program, he, at 19, moved to New Orleans.

“What do I need to do to become an amazing chef quickly, as humanly possible?” McPhail asked his instructors.

Though New York would have been the first choice, he realized the food of New Orleans held a delicious history.

“This is the only place you find French, Spanish, African, German, and Vietnamese cuisine” and combined in a dish, he added.

Cajun food is the union of French and Southern cuisines with rustic and robust flavors featuring meat, sausage and rice such as jambalaya. Creole food is inspired by European countries, mostly from France along with Africa and Native America. Stews and sauces such as gumbo highlight creole food. The word Cajun comes from “les Acadians,” which is a term for the French colonists in Canada who later relocated to Lafayette, Louisiana. The term Creole refers to the community of people with a lineage to the early settlers in French colonial New Orleans.

McPhail became the culinary director six months ago after being at the iconic Commanders Palace for 27 years, with 19 as executive chef. His cooking resume includes stints at the Breakers Hotel in Palm Beach, Florida, and L’Escargot and the Picasso Room in London, England. As a young child, he came to Phillipsburg to ride horses and fly fish.

“I wanted to experience a more simple lifestyle,” he shared of his move to Big Sky country.

McPhail’s simpler lifestyle includes being at Dave’s Sushi at 6 a.m. in the morning to butcher fish for service, followed by showing up at Jam! and then arriving at Revelry around lunchtime. Recently, he took time out to judge for the Prostart program, a two-year high school program teaching culinary techniques and management skills.

“It is rewarding at this stage of my life to give back and help high school kids,” he said.

As the music from the Beatles “I Want to Hold Your Hand” filtered through conversation, our waitress brought out our food.

"I love the collaboration with the kitchen,” she said, sharing that communication between front of house and back of house made her job easier.

The house salad of “organic greens, heirloom cherry tomatoes, marinated olives, sliced cucumbers, house-made smashed garlic croutons, herb vinaigrette” was fresh with tomatoes sliced and the seeds hollowed from the cucumber slices. We opted for the paprika-dusted fries, which arrived on a wood plank with a generous portion of white cheese sauce exuding flavors of garlic, mushrooms and earth.

My husband’s sandwich lived up to the menu description of a “two-handed” sandwich, as it required a firm grip to keep all the components together. The conglomerate was the joining of freshness and textures with the chicken crispy on the outside and juicy on the inside and flavors a balance of savory, sour and sweet. My first bite of pizza came with a crispy bottom crust with a slightly chewy inside topped with basil, cherry tomatoes and mushrooms.

With half the pizza boxed up and full stomachs, we merrily drove back to Billings.

Stella Fong, author of 'Historic Restaurants of Billings and Billings Food' hosts 'Flavors Under the Big Sky: Celebrating the Bounty of the Region' for Yellowstone Public Radio.

TheLastBestPlates.com is a digital destination that serves up Montana's tasty food, travel and culture stories … one bite at a time.