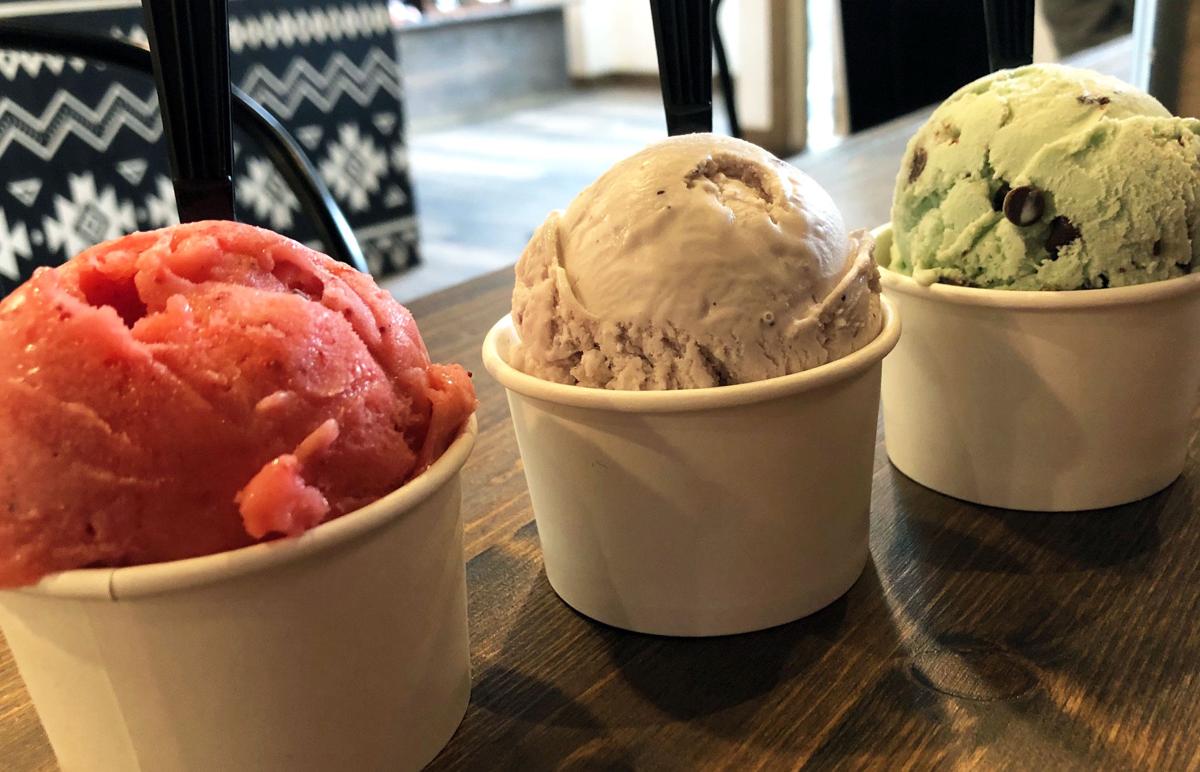 Single scoops are $3 each at Sweet Peaks Ice Cream shop on Front Street. The shop usually has 14 to 18 flavors available, depending on the season and what's available for recipes. This selection includes a dairy-free sorbet of strawberries and lavender (left), a huckleberry ice cream (middle) and Mountain Mint, made with mint extract from Creston, Montana. 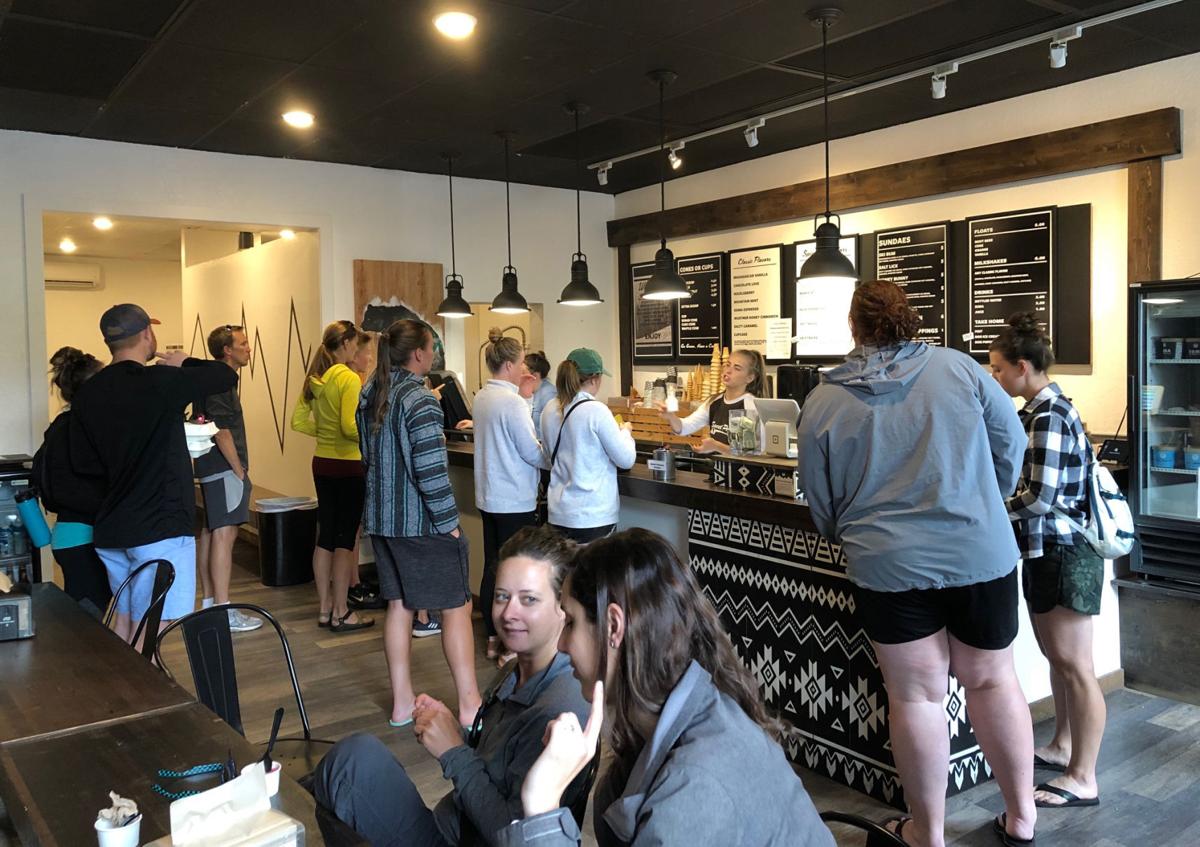 Sweet Peaks first opened in Missoula five years ago off Higgins Avenue and is now located at 223 W. Front St. Its ice creams are made in Whitefish, site of the flagship store. 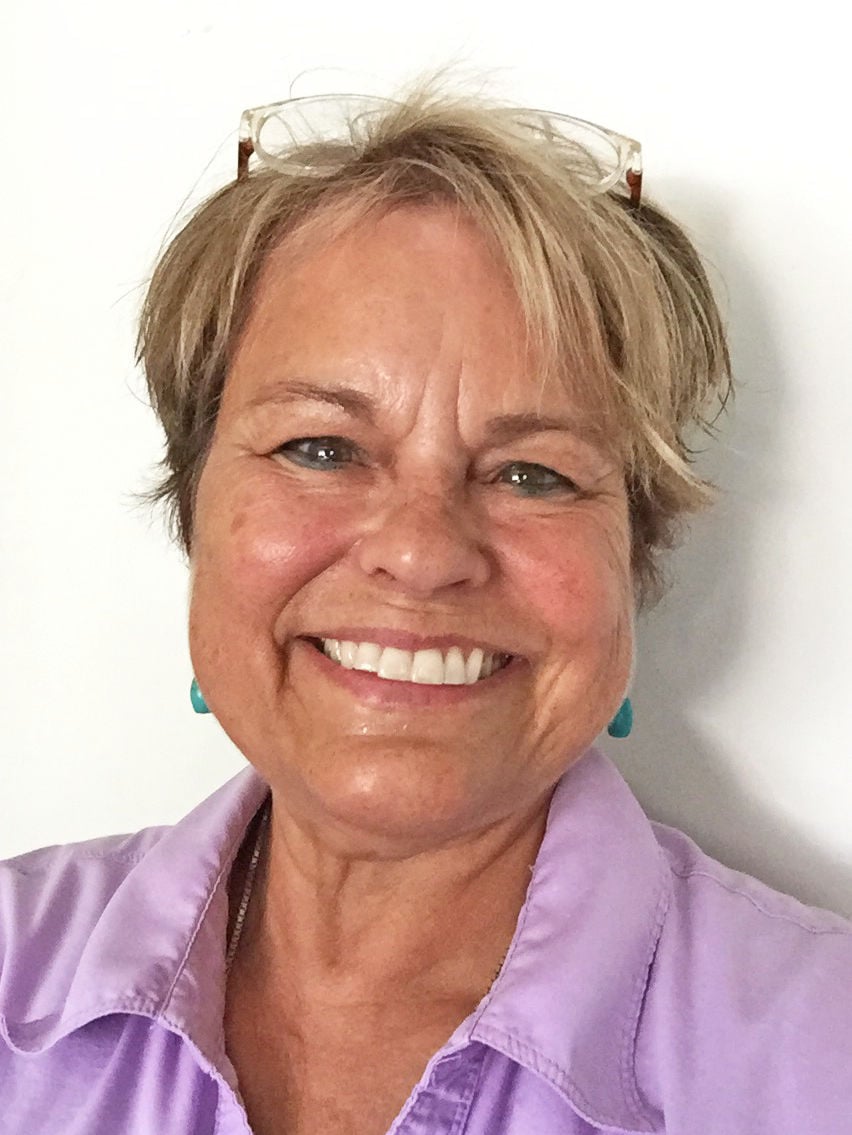 Single scoops are $3 each at Sweet Peaks Ice Cream shop on Front Street. The shop usually has 14 to 18 flavors available, depending on the season and what's available for recipes. This selection includes a dairy-free sorbet of strawberries and lavender (left), a huckleberry ice cream (middle) and Mountain Mint, made with mint extract from Creston, Montana.

Sweet Peaks first opened in Missoula five years ago off Higgins Avenue and is now located at 223 W. Front St. Its ice creams are made in Whitefish, site of the flagship store.

It was, quite literally, the calm before this past Sunday’s storm. The streets of downtown Missoula were moderately busy as people finished up brunch and sauntered about before dark clouds opened up.

But no matter the weather or time of day, ice cream draws a crowd — as it did that day, despite the cooler 70-degree temperature. The Sweet Peaks Ice Cream shop at 223 W. Front St. was packed. Scoopers deftly filled orders:

One scoop of Griz Tracks? Yep.

A waffle cone with Mountain Mint? Here you go.

A double-decker with Espresso and Salty Caramel? Good choice.

Big Dipper is the mainstay of Missoula-made ice cream, turning 24 this year. Chances are most Missoulians have tried it or at least know about it.

And there are seasonal flavors that come and go (six ice creams for this summer, plus several sorbets and sherbets), and sometimes “fleeting flavors,” small-batch experiments that may never be available again.

Sweet Peaks always has dairy-free options too: This past week, one was a strawberry sorbet with flecks of culinary lavender, the other was a banana-acai sorbet.

“I feel like I haven’t even scratched the surface of possibilities,” Keenan said last week in a telephone interview. “That’s the fun part — there is always something different that can be done.”

Sweet Peaks ice cream starts with Montana cream and milk. Whenever possible, Montana fruits and products are used: caramel from Kings Cupboard out of Red Lodge; mint extract from Passmore Farms in Creston; honey from Wustner Brothers’ apiaries south of Missoula. The company partners with local or regional coffee roasters to make its espresso ice cream: The one sold in Missoula and Spokane shops comes from Doma in Post Falls, Idaho, while Montana Coffee Traders is the supplier for Whitefish, Kalispell and Bigfork shops, and Treeline Coffee Roasters in Bozeman supplies beans for Bozeman’s Sweet Peaks store.

At a showcase of Montana products, the Sweet Peaks crew found Cowboy Cricket Farms out of Gallatin County, which has a network of farms raising crickets for food. Intrigued, Sweet Peaks partnered with the company and used crickets to make a chocolate-almond bark which was layered into Sweet Peaks ice cream.

It sold out. Some people like the adventure of trying something different; kids liked looking for crickets in their cone, Keenan said.

“It gets people thinking about other sources of protein,” she said. “It’s a great way to collaborate with a local company and start a conversation.”

Shorter and later growing seasons in Montana sometimes mean pulling in products from other parts of the Northwest or the Rocky Mountain region. An example: When Sweet Peaks made a rhubarb sherbet, they used rhubarb from Washington state because Montana stalks weren’t ready.

Often the ice cream chefs are working ahead a year. If they find tasty local raspberries they may snap them up and freeze them for next year’s inspirations.

And some products — lemons, vanilla, cinnamon, chocolate — are available only from out-of-state or out-of-country sources.

Summer, of course, is Sweet Peaks’ busy time. Walking around with a waffle cone filled with ice cream is just the thing when its 80 or 90 degrees outside. And August will have a few 80-degree, ice-cream-worthy days left.

But true fans stick around even as the days grow colder.

Late summer is a delicious time, Keenan said. Stone fruits like peaches and plums will be ready and the company will make some small-batch, limited-run ice creams with fruit grown in the Flathead Valley and elsewhere in Montana or the Rocky Mountain area.

Last year, Sweet Peaks partnered with Western Cider in Missoula, using its peach cider to make an ice cream for Cider Week. They plan to collaborate again for 2019’s festivities, which fall in late September and early October.

For Oktoberfest, Sweet Peaks partners with Montana breweries to use their wort — the bitter-sweet malty liquid that comes from the beer-making mashing process — for ice cream.

“Fall is one of my favorite seasons,” Keenan said. “We start going toward warm, cozy flavors.

For the holidays, Sweet Peaks brings out its much-loved Montana Christmas: pine-soaked cream with a huckleberry swirl. “It’s the smell of the forest, skiing, and you have a mouthful of huckleberries,” Keenan said.

Taste ’em while you can.

Mea Andrews was a Missoulian reporter and editor for 27 years, covering food, art and Missoula County growth and development before leaving the paper. She is now retired.

Breakfast, bridges and birds: An easy walk in the heart of Missoula

Sweet Peaks lets you taste Montana, one scoop at a time