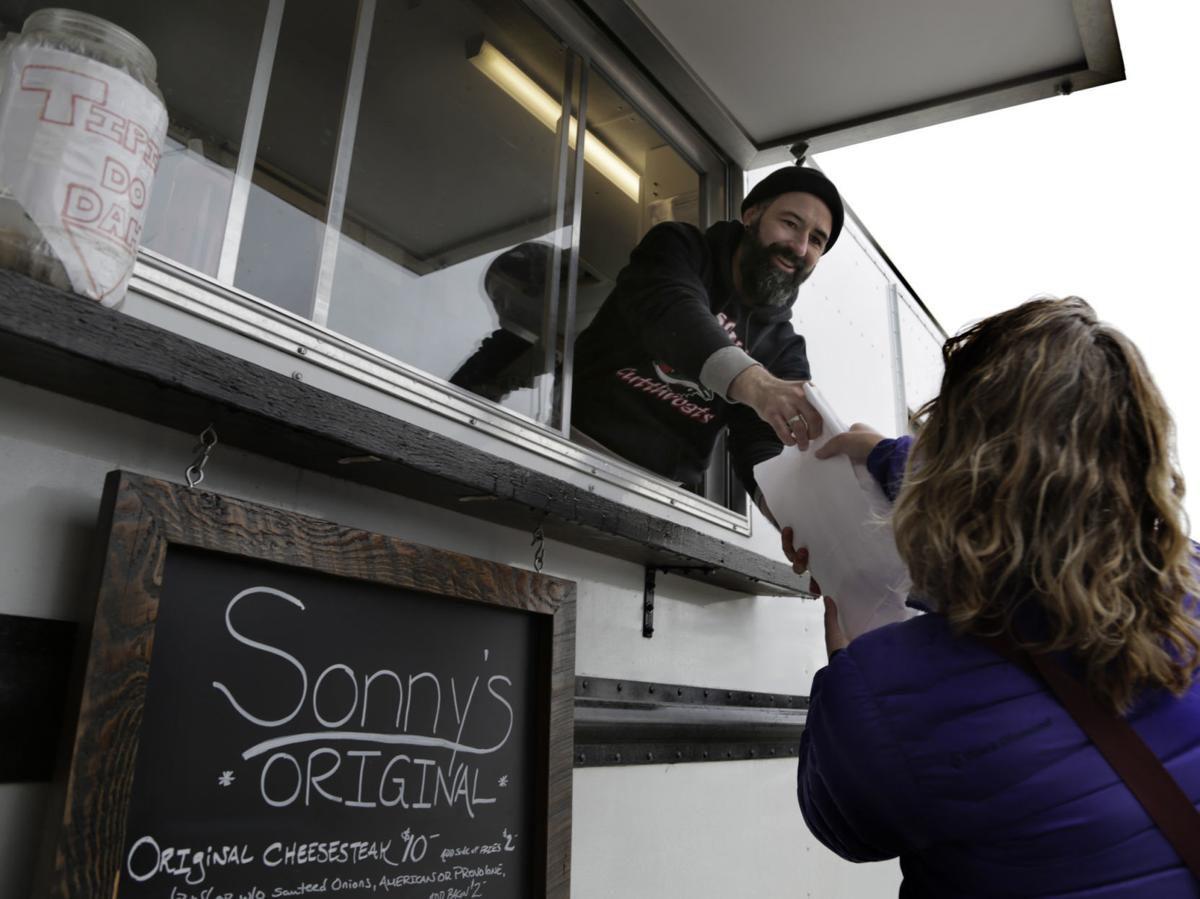 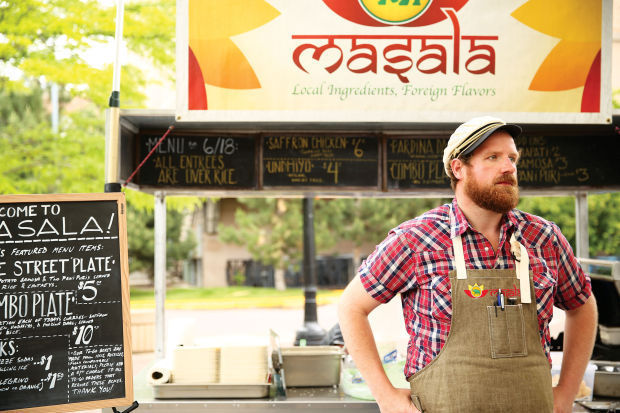 Missoula's got a thriving food truck scene. There's an impressive range of cuisine: Asian, Mexican, Indian, BBQ, burgers, sausages, pizza, sweets, sandwiches, and more. Many of these mobile eateries serve high-quality, organic, locally-sourced food. A few of them come only in vehicular form; others have brick-and-mortar counterparts. Their schedules vary widely and change frequently, so we've included social media links to help you locate them, as well as a list of common food truck gathering places. Happy eating!

The vehicular version of Burns Street Bistro serves up all manner of fare. In this case, chicken wings. Facebook

Keep your eye out for the big yellow truck bearing Missoula's favorite ice cream. Splurge on a double scoop combo like this one: yellow cake and huckleberry. Facebook

This food truck changes dishes as easily as the chameleon changes colors. Anything goes, from tacos to cajun to pasta primavera (below). Facebook

How about locally made bratwurst, chorizo, & Italian sausages hot off the grill? All of Clark Fork Charcuterie's meats come from humanely-raised local hogs. Facebook

What's better than wood-fired pizza? Wood-fired pizza that comes out of a mobile brick oven shaped like a garlic clove. Clove Cart's sausage and date pizza is pictured below. Facebook

For those lucky enough to enjoy gluten-FILLED waffles... Facebook

How'd you like to dig into this bad boy? The Montana Gold Miner is half pulled pork and half beef brisket. Montana Q hails from Frenchtown, but they'll be hauling their smoked meats and curly fries to Zootown. Facebook

Husband and wife team Jared and Lindley Lynch run Mountain Berry Bowls food trucks out of Missoula, Whitefish and Kalispell. Their acai berry-based smoothies are topped with granola and your choice of fresh fruit. Facebook

You don't have to be in Philly to enjoy a delicious cheesesteak.

Take It or Leave It

Tia's Tamales food truck was so successful it led to the opening of a permanent restaurant, Tia's Big Sky. Lucky for Missoula, they continue to sell their locally sourced, organic, authentic Mexican fare from their mobile unit. Facebook

Fresh out of Arlee, Two Crows Tacos distinguishes itself by offereing five different salsas, including "Volcanica."

Sink your teeth into a juicy 1/4 pound burger. Wally + Buck's sources their beef from from the pasture-raised cows of Missoula's Oxbow Cattle Company. Facebook

Taco Sano: Burritos. A mobile version of the fast-casual eatery on the Hip Strip. Facebook

Two Chicks Scratch: Everything's made from scratch, from burritos and cinnamon rolls. They travel up from Stevensville. Facebook

Vietnam Noodle: Vietnamese cuisine. A mobile version of the restaurant on Stephens.

Whipped Up: BBQ. Based in Superior, they make frequent stops in Missoula. Facebook

Where to find food trucks: