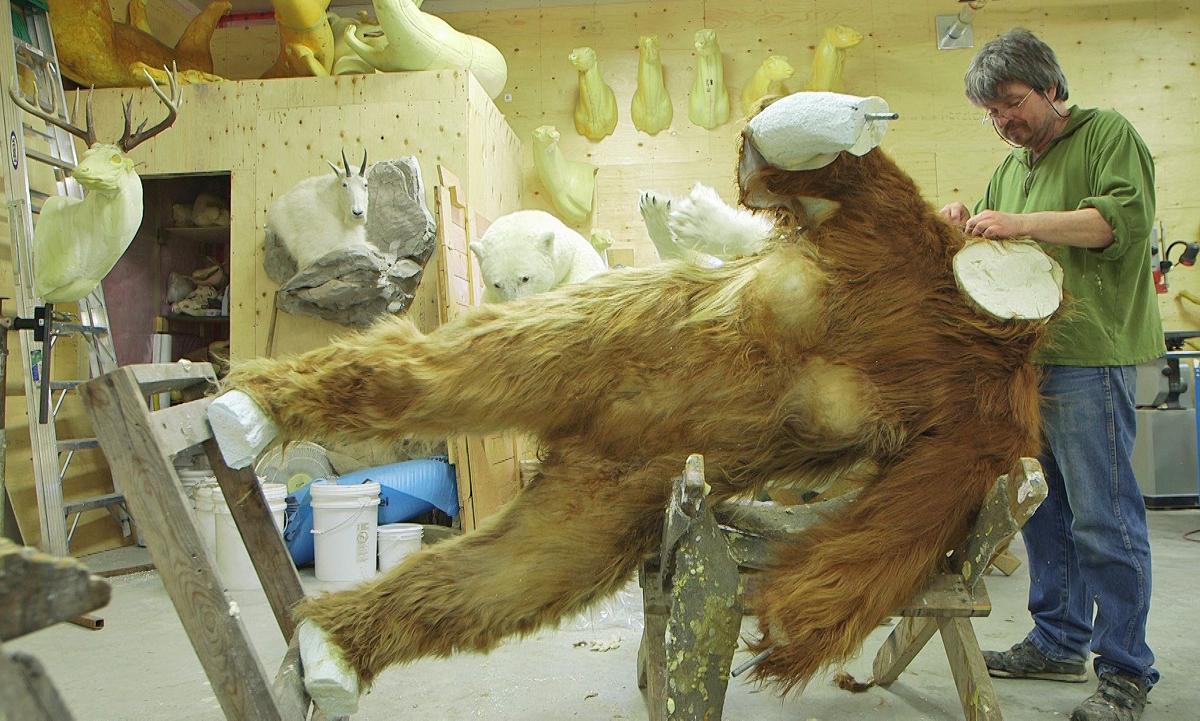 Walker applies the same research and craft to his Sasquatch as he does another creature. 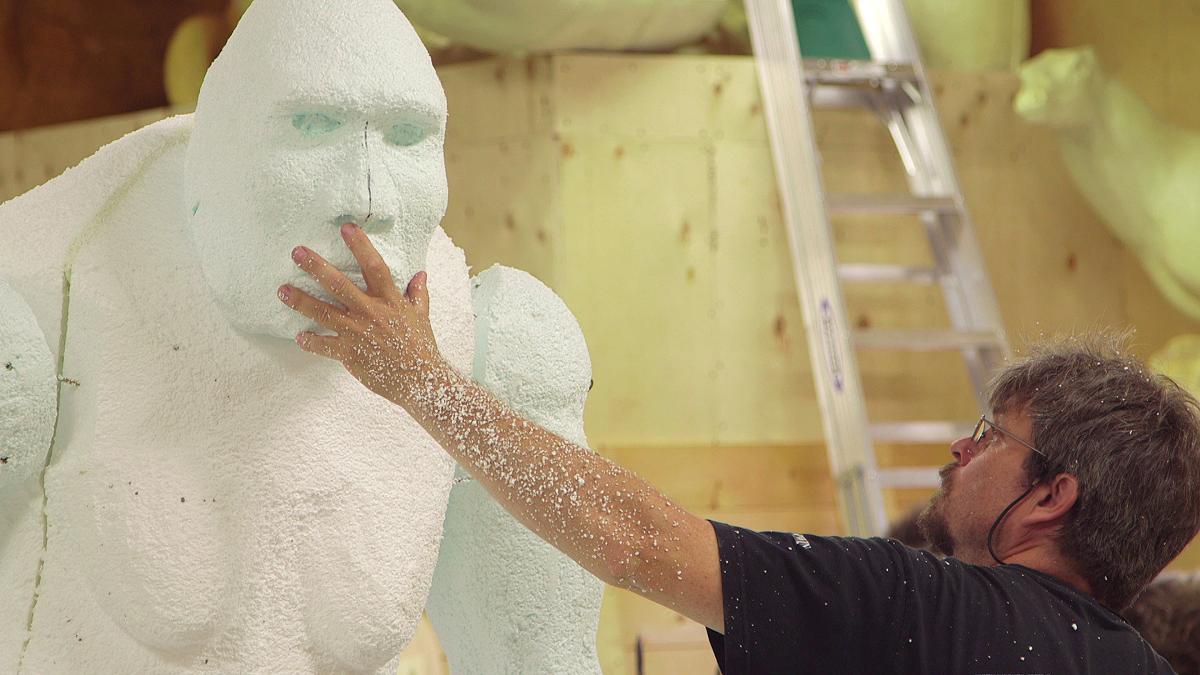 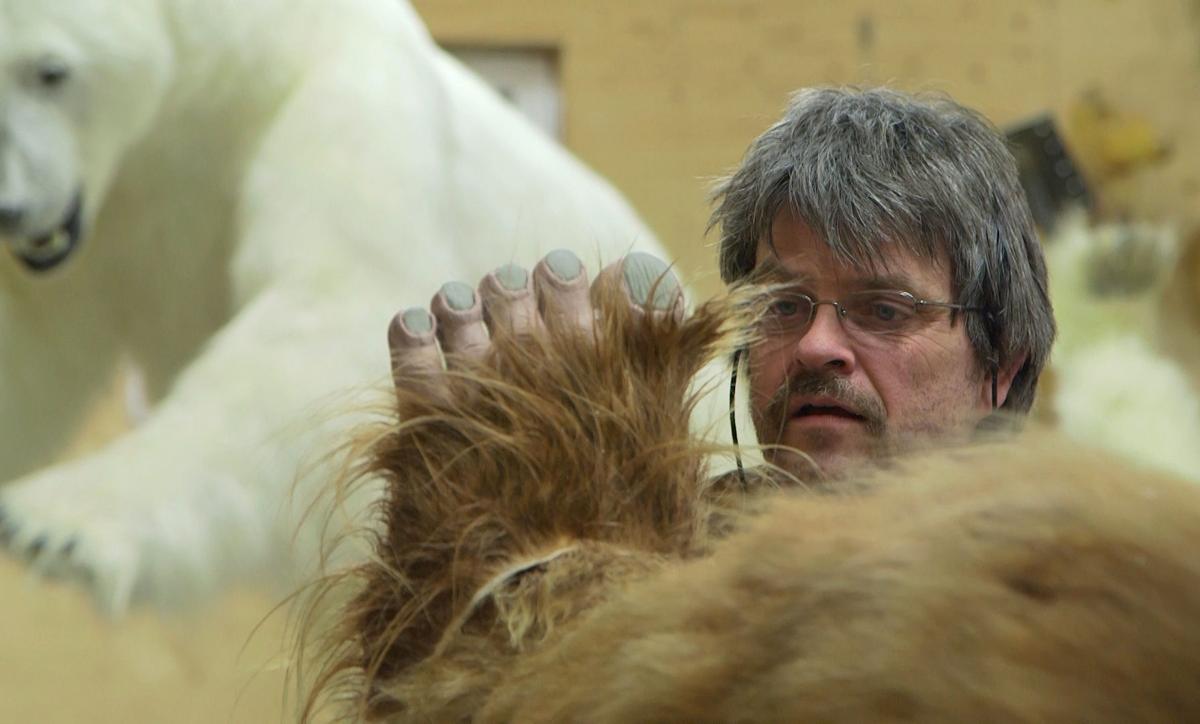 Walker applies the same research and craft to his Sasquatch as he does another creature.

Seeing an artist at the peak of their talents invest their enviable skill into a completely quixotic project is always fascinating, or frustrating depending on your level of investment in their work. Think of Joaquin Phoenix. Not now, in the midst of his run of films that have cemented his status as one of the most talented actors of his generation, but Phoenix in 2010, when he grew a huge beard and made a faux-attempt to become a rapper for a faux-documentary called “I’m Still Here.” Or Lil Wayne, who released a middling rock album, “Rebirth,” at a time when he was considered the best rapper alive.

That shock of disappointment is perhaps how taxidermy enthusiasts felt when they learned that Ken Walker, “the Elvis Presley” of the artform, was constructing with all his creative resources a life-size Sasquatch.

Dan Wayne’s portrait of the friendly and likable Alberta-based artist is sympathetic both to him, as a person, and taxidermy, as a complex art. It reaches back to his childhood as an unusual kid who collected bugs, forward into his prime, as he wins world championships not just because of his technical ability but the way he captures an animal’s essence in the “static illusion” of sculpture. Walker discusses the history of the craft, from conservation roots to niche status as an art practiced by “right wingers who don’t believe in art.”

At times, the shifts in tone, somewhat exacerbated by a score that’s inconsistent in style, can be distracting. That’s in part because Walker likes to goof around for the cameras. (He’s also a professional-grade Roy Orbison impersonator, which he pulls off sans camp with a stunning voice. He contains multitudes.)

If you don’t buy into the existence of Sasquatch, there’s still much to enjoy. The way he sets about building a life-scale Sasquatch in his studio is fascinating and makes it easy to appreciate his technical skill. He examines footage from the famous 1967 Patterson-Gimlin film, interviews witnesses (he’s one himself), studies fossils, and invests an impressive amount of time creating the facial expression (it must appear intelligent with soft eyes, as one believer described it.)

If you are a cryptozoology fan, the filmmaker doesn’t question the existence of Bigfoot, and instead give Walker time to make his case, from site visits to alleged Bigfoot nests to the frozen dung he keeps in his fridge. (For the record, his wife doesn’t buy it, either.)

A late third-act development, hinted at in the subtitle, “A Wild Love Story,” emerges from a shadowy treeline and mutes the finale of Walker’s quest to create a convincing Bigfoot, but it rings true for the cryptozoologists or doubting Scullys among us. Building the Sasquatch you always believed in won’t make it real, not just yet, nor will it make you whole, for now. The film does prove that Orbison’s “In Dreams” sounds poignant, even in the most unexpected contexts.

For tickets, go to bigskyfilmfest.org.

Walker's 7-foot-tall Sasquatch, named "Patty," will be on view (and available for selfies) at both screenings, and will make some surprise appearances downtown during the festival.

TIA (This Is Africa)