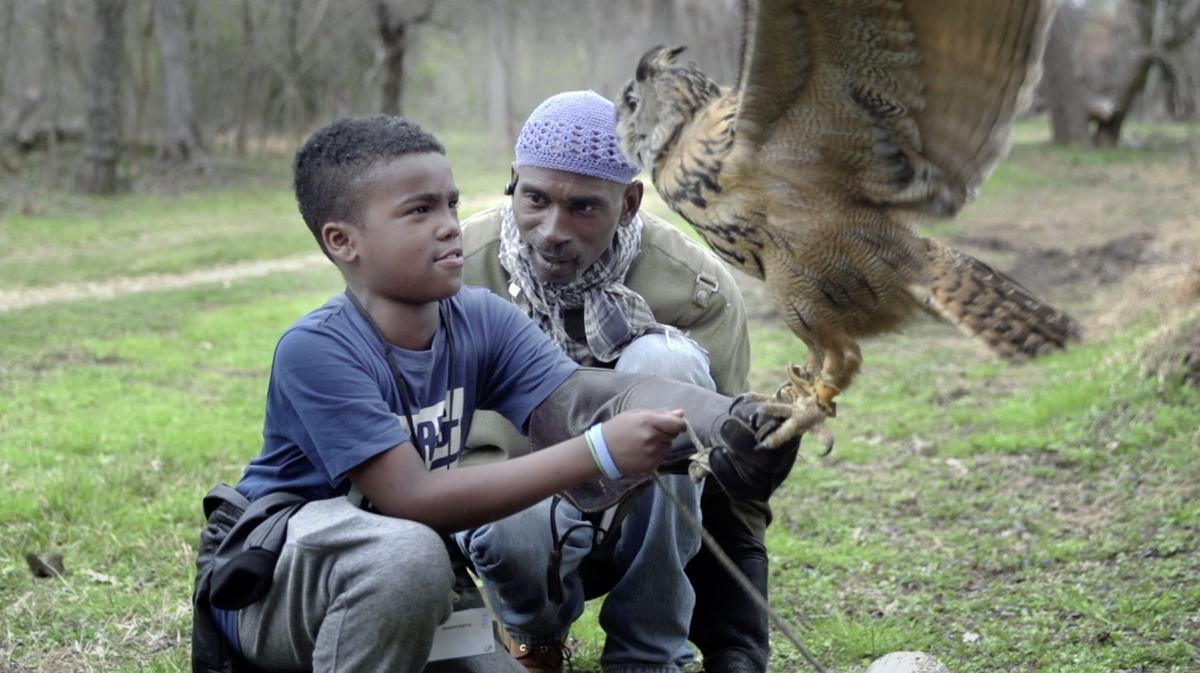 Stotts brings raptor education to youth events around D.C. to encourage interest in the outdoors. 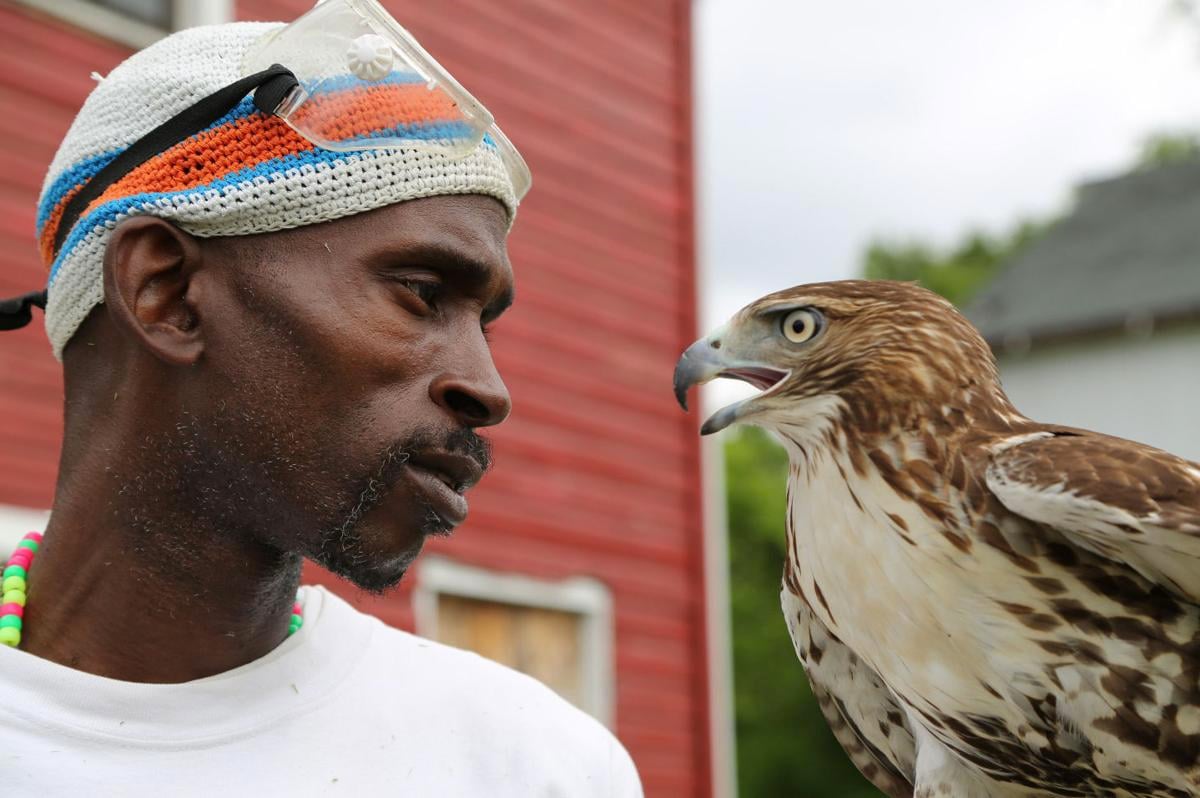 "The Falconer" is a portrait of Rodney Stotts, a master falconer from Washington, D.C., who's building a bird sanctuary. 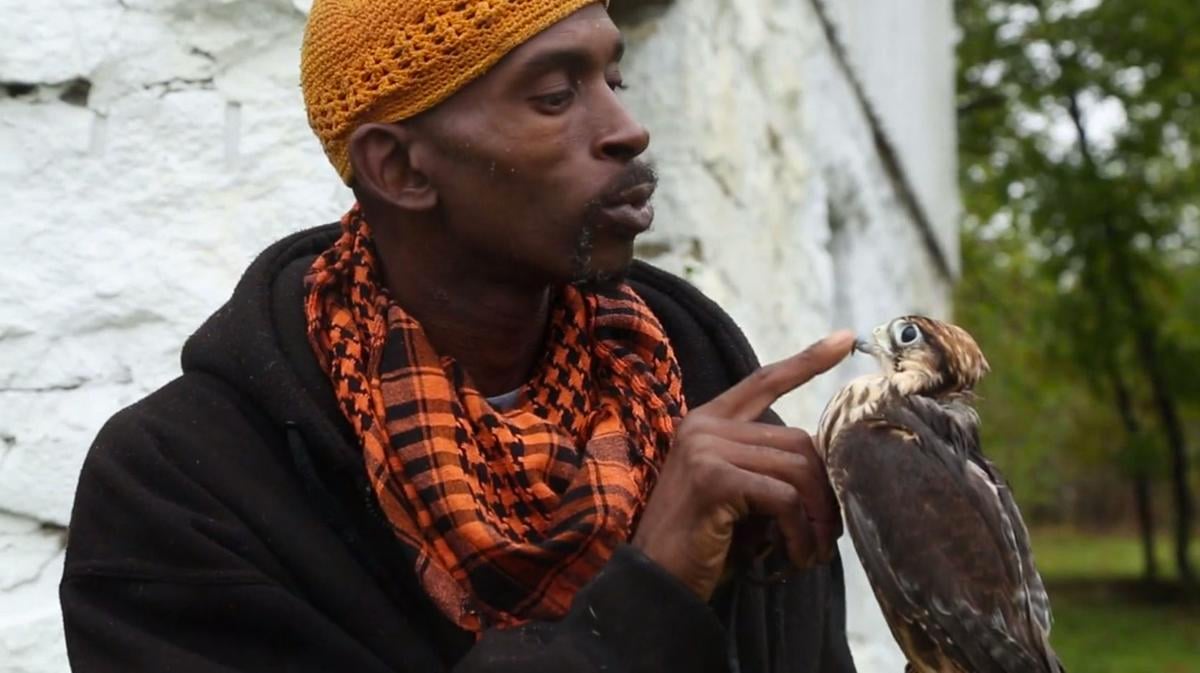 Rodney Stotts with James, a Lanner falcon. Stotts is one of the few Black falconers in the U.S.

Stotts brings raptor education to youth events around D.C. to encourage interest in the outdoors.

"The Falconer" is a portrait of Rodney Stotts, a master falconer from Washington, D.C., who's building a bird sanctuary.

Rodney Stotts with James, a Lanner falcon. Stotts is one of the few Black falconers in the U.S.

Rodney Stotts is a master falconer. As he describes it, he has the right to possess, own, trap and train birds of prey.

He grew up in Washington, D.C., where raptor education saved his life. A new documentary, “The Falconer,” draws a portrait of Stotts, who as of 2014 says he was one of only 25 Black people trained in the art, and his determination to build a bird sanctuary outside the capital, where he can share that passion.

In the D.C. area, Stotts is a well-known figure, said director Annie Kaempfer. He’s been on TV, radio, and the subject of magazine articles, including one in Audubon. He’s a presence at events of all kinds with his raptors.

Someone passed Kaempfer his information, and she thought that his story — a kid who left behind drug dealing to join the Earth Conservation Corps and become a falconer-educator — had been told, but the contours of his life and personality hadn’t yet been fully conveyed — “who he was as a fully fledged, well-rounded person,” Kaempfer said.

“The Falconer” gives an intimate look at his life, shot over the course of 2014-18, as he bootstraps the sanctuary. Nature is the best classroom, he believes, and wants to share it with kids who’ve never seen it.

“All this is medicine,” he says. “All this changes who you are.”

The film introduces Stotts as he’s readying to build a sanctuary in Oak Hills — a promising but old dairy farm property that looks like it needs a significant amount of work.

Kaempfer had started filming when it appeared that the project could be built with funding that ended up falling through. At that point, it became a do-it-yourself effort.

“Rodney ended up doing what he could, over time on his own basically, with only help from his family and friends, volunteers,” with no organizational assistance. That’s also a point where Kaempfer realized the center of her film wasn't a relatively fast construction project, it would be about Stotts.

The narrative carefully parcels out the details of his life and the backstory of the Earth Conservation Corps in segments.

Founder Bob Nixon recruited Stotts and eight other young people to rehabilitate Lower Beaver Creek Dam. Historical photos and video show them fishing hundreds of tires out of the water into massive piles. Seeing the difference their work made was a life-changing experience for Stotts, yet the money wasn’t much compared to selling drugs.

“Why would you work for a hundred dollars a week?” Stotts asks. “The answer is that so you can live.”

A pivotal point comes when the ECC helps reintroduce bald eagles to the American capitol in 1999 — Stotts’ first experience working with raptors.

The story of the ECC’s original core group is marked by devastating loss, part of what makes Stotts more determined to complete the sanctuary.

“Tragedy strikes everyone. It’s what you do with it that determines where you’re gonna end up the rest of your life,” he says at one point.

Kaempfer said it took time over the years to develop that trust for him to talk about some parts of it. Her brother died during the making of the film, and their shared grief perhaps opened him up. She shot most of the film with “zero budget,” so it was often just herself, Stotts and a camera rather than a crew. “It was in the times that I was by myself that I was able to … get a little deeper to the real vulnerability, which seems like a pretty natural occurrence.”

In one of the most remarkable shots — caught on cellphone video by his son — the two save a juvenile American bald eagle that got its head stuck in the railings of a fence over a 25-foot drop. Stotts scales to the other side. He ties his belt to the railing to secure himself, and then frees the eagle and it flies off.

Kaempfer films him working with kids, including a National Guard youth academy for students who dropped out of high school, who help him at Oak Hill.

Viewers meet his many birds, his family, his ECC friends, his falconry mentor.

Becoming a falconer requires training with a master falconer.

“You have to convince one individual person to be your sponsor,” Kaempfer said, which is “not a small job.”

In the film, Stotts describes getting turned down (sometimes with racist comments) in his attempts to find a mentor. Eventually, he found Suzanne Shoemaker, a master falconer and rehabilitator. Kaempfer found it telling that a woman ended up being his sponsor.

Later in the film, he describes an incident in which he and his son, also a falconer, pulled over on the side of the road after spotting a raptor. They set a trap and were waiting in their vehicle, when one, and then more police cars arrived.

Kaempfer, who works with the Environmental Film Festival in the Nation’s Capital, said the film’s themes reflect issues that have been high-profile relating to Black people and outdoor recreation — the barriers to falconry, for instance, or incidents like one that happened to Christian Cooper, a Black birder who was in Central Park in New York City when a white woman called the police on him after he asked her to leash her dog.

The film, like his education work, could raise awareness for Black youths who see Stotts and get interested in nature-based activities or fields “they probably didn't really think of as options for themselves or know that that could be a career,” she said.

They’ve been talking about “how the film can actually be used as a tool to move the needle on some of the issues,” she said.

“The Falconer” was completed and ready to start showing around the country last March when festivals and theaters began closing for coronavirus. The pandemic added a sad postscript that’s not seen on film. After finally opening his raptor center, it had to be closed to the public and he lost his backing.

He’s moved to Virginia, where he has enough acreage to build something similar on his own, with plans to move the aviaries and have horses, too. There’s potential for weekend-long visits rather than short demonstrations, for instance.

"If and when he gets it all up and running, he has a real vision for what it's going to be,” she said.

It will require time to raise money, recruit volunteers and find materials, just like at Oak Hill.

“He’s done it before, I think he can do it again,” she said.

“The Falconer” is screening from Feb. 22-25 at the all-virtual Big Sky Documentary Film Festival. Go to bigskyfilmfest.org.