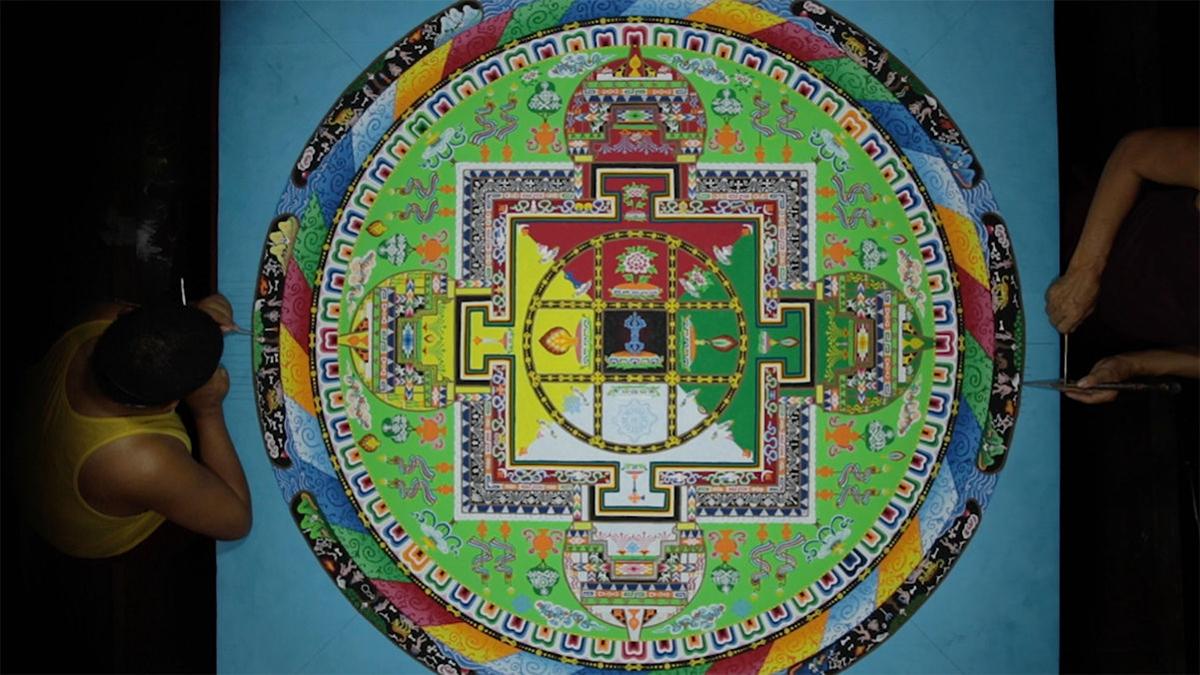 Monks work on a sand Mandala in a scene from "Ganden: A Joyful Land." 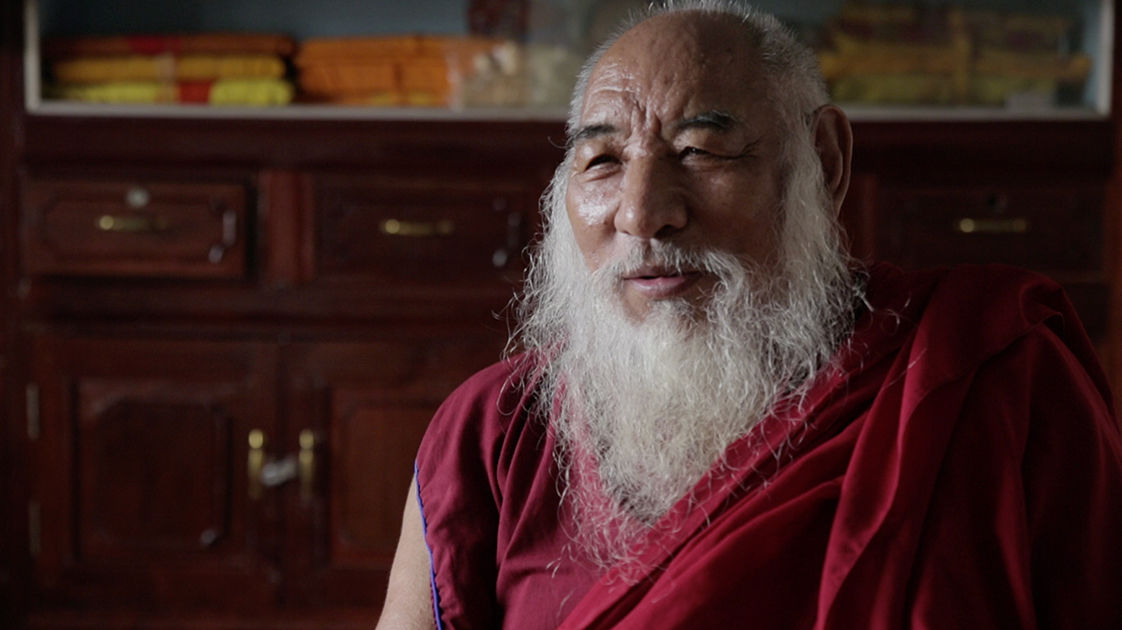 Jampa Legshe, one of the last generation of monks to study at the original Ganden monastery, is interviewed during the filming of "Ganden: A Joyful Land."

Monks work on a sand Mandala in a scene from "Ganden: A Joyful Land."

Jampa Legshe, one of the last generation of monks to study at the original Ganden monastery, is interviewed during the filming of "Ganden: A Joyful Land."

With a history that dates back more than 500 years, “Ganden: A Joyful Land,” tells the story of the last generation of monks to study at the world’s most influential monastery in Tibetan Buddhism and their efforts to keep their religion alive after having to flee their home.

The 2019 documentary is the passion project of Tibetan filmmaker Ngawang Choephel and screens at the Big Sky Documentary Film Festival on Saturday.

The film tells the history of the original Ganden Monastery, built in 1409 in the mountains near Lhasa. Over time it grew to be the largest monastery in Tibet, housing more than 3,000 monks and becoming the home base for Tibetan Buddhism. For 500 years, the monks lived in simplicity and contentment, devoting themselves to the study and practice of their religion.

After China invaded Tibet in 1949, the monks were forced to flee Ganden. Thousands of Tibetans were killed during the occupation. While the original Ganden monastery was destroyed, the monks were welcomed by the Indian government and given land to continue their studies. In an effort to keep their religion alive, a new Ganden was built, which continues to educate and train monks to this day. Choephel’s film tells the story through firsthand interviews with the last living monks to have left the original Ganden.

Choephel uses sweeping aerial shots of majestic mountain views and traditional Tibetan music to transport you to a different land and culture.

“Tibet’s landscape is not only beautiful, but it also feels like the landscape was just freshly painted … you can smell and feel it,” Choephel said in an email, adding he wanted to capture the Tibetan belief that the landscape is blessed and sacred.

He also documents daily life as a monk, with scenes of prayer and practice and sounds of chanting and song.

The monks, gray and wrinkled, look back fondly and lovingly on their time at Ganden and give often emotional accounts of having to leave. Choephel said their tears were a bit of a surprise, as Buddhism teaches them to avoid attachment.

The interviews have an intimate feel, as Choephel conducted them in the monks’ living quarters. Their memories are told to the backdrop of archival photos and videos of Ganden, painting a vivid picture of a place that no longer exists.

Despite all you see the monks go through, the film has a happy ending, showing young monks learning to tie their traditional robes and scenes of packed prayer rooms in the rebuilt Ganden.

Choephel is a Buddhist himself and grew up in the same community where the rebirthed Ganden was built after the monks were forced to flee Tibet. He spent his childhood watching their hardships firsthand and has always been interested in telling stories to keep his Tibetan culture alive, he said.

His first film, “Tibet in Song,” looked at the ways the Chinese occupation of Tibet has destroyed much of Tibetan folk music. During filming, Choephel was arrested by the Chinese government for spying and spent almost seven years in prison.

In the years after his release, he started to notice fewer and fewer older monks at the monastery. Having built a relationship with them over the years living nearby, he was able to gain their trust and ask them questions no one had asked before.

“If I had not interviewed them, their story wouldn’t have been told completely,” he said, adding about half of the older monks interviewed in the film have since passed away.

Choephel said the story of Ganden, old and new, is a huge part of Tibetan history and identity. He hopes the film gives people an idea of what life is like as a Buddhist monk, but he also wants people to see how these monks refused to let their religion be lost even in the face of great tragedy.

For more information and to purchase tickets, visit bigskyfilmfest.org.

'We Burn Like This' examines Jewish life in Montana

Movie review: ‘One Upon a Time… In Hollywood’ could be Tarantino’s most sensitive film