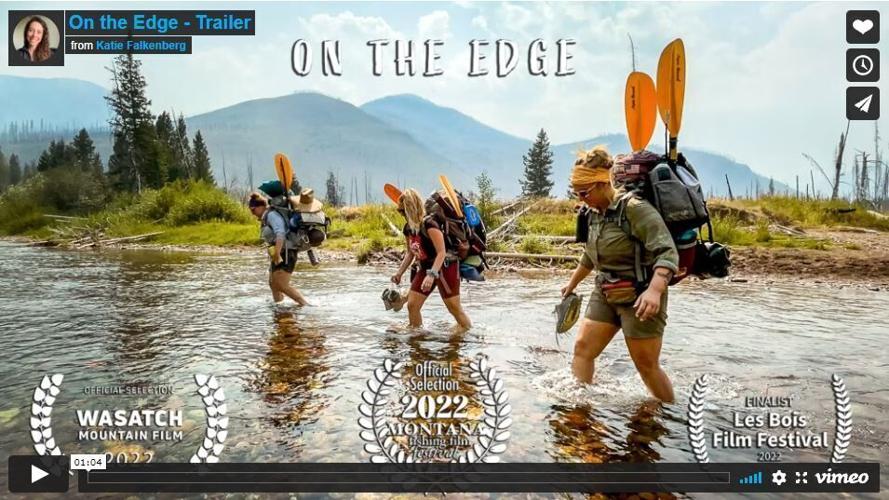 "On the Edge" is a film about a group of women adventuring in the Montana wilderness. 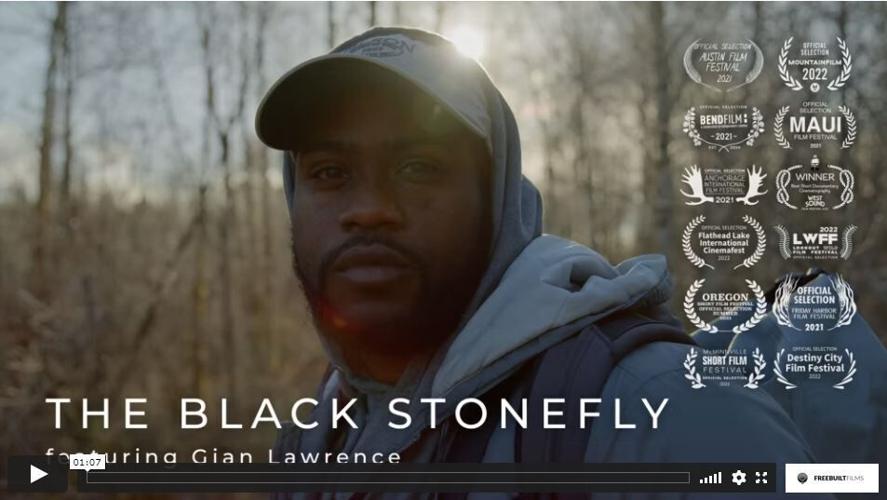 The Black Stonefly will be one of the films shown.

Fly fishing doesn’t have to be a sport dominated by wealthy white men, nor do the films about the sport.

That’s why Montana Fishing Film Festival organizer Matt Devlin hopes people come out for the event’s 9th season this year, with a showing in Missoula scheduled for April 23 at the Dennison Theater on the University of Montana campus.

“We’ve sort of become a home for inclusivity and diversity,” he said. “People from all walks of life, and particularly women, enjoy the sport of flyfishing."

"Half the films this year feature women anglers and there’s no reason it shouldn’t be that way because that’s the reality of the sport out on the river," Devlin explained. "There’s lots of female anglers but they’re certainly underrepresented in fly fishing media.”

The festival this year will give female anglers, female filmmakers and others from underrepresented communities a platform.

“It’s something that’s being talked about more than ever, is why is fly fishing been sort of elitist over the years,” Devlin said. “Why are people from diverse backgrounds not sort of able to have access to the sport as far as getting into it and having mentors? Because that’s one of the big barriers of entry into the sport is how does it get passed along to you.”

For Devlin and many others, fly fishing is more than just a way to pass a morning.

“My personal fly fishing journey is I was introduced to it at a time in my life when I was dealing with a lot of grief,” he said. “My dad passed away when I was 16 and fly fishing is just that thing that came along and sort of connected me to the world again and I fell really hard for it. And it’s been a huge part of my life for the last 18 years.”

But not everyone has someone to teach them those skills and provide access to the gear it takes to be successful.

“A question I ask myself a lot is, this is such a valuable thing in my life from a therapeutic and recreational standpoint, why is it only wealthy white people that have access to it?” Devlin explained.

“We’re trying to be a part of the conversation to diversify the sport and allow more people to have those life-changing experiences as they connect to the sport of flyfishing. You can flyfish in all 50 states, so it’s not just a Western thing.”

There will be plenty of white dudes in the films this year, of course, but they won’t be the only ones on the screen.

“We’ve got a film called The Black Stonefly about a Black guy who lives in Washington and is sort of trying to be an example to young kids of color,” Devlin said. “There’s a place for them in the sport. Another film called 'On The Edge' is an all-lady crew and a female filmmaker and they do kind of a once-in-a-lifetime packrafting trip into the Bob (Marshall Wilderness Complex).”

This will be the first time the festival has been held indoors since 2019.

“I think for me it represents a return to normalcy,” Devlin said. “Which is huge. It’s been difficult to keep it going through the pandemic and not let it sort of go by the wayside.”

The festival was held outside at the baseball stadium last year.

“We had a good turnout there, and we’re hoping for a repeat of that,” he said. “We want to let the community get back together and see everybody.”

The festival has eight films this year.

“We’re different than the other fly fishing film experiences that are out there,” he said. “It’s just a good vibe and we’re all about being approachable, inclusive and fun.”

On April 23, the doors will open at 6 p.m. and the show starts at 7 p.m., with tickets available at the door or online at mtfishingfilmfest.com.