Greg Sestero of "The Room" stars in his cult-themed directorial debut, "Miracle Valley." He plays a photographer who hits the road with his girlfriend, portrayed by Angela Mariano, to visit a desert location with hopes to sighting a rare bird when things take a genre-movie turn. 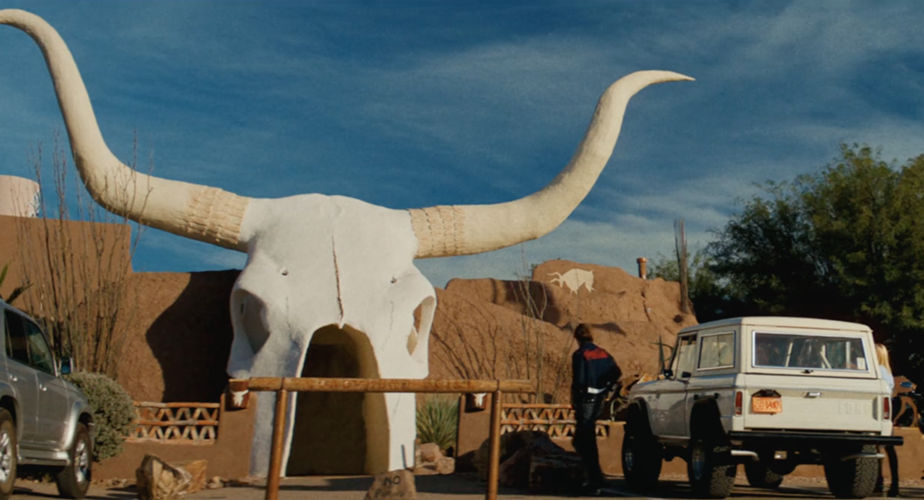 "Miracle Valley" was shot in the Southwest during the pandemic.

Greg Sestero of "The Room" stars in his cult-themed directorial debut, "Miracle Valley." He plays a photographer who hits the road with his girlfriend, portrayed by Angela Mariano, to visit a desert location with hopes to sighting a rare bird when things take a genre-movie turn.

"Miracle Valley" was shot in the Southwest during the pandemic.

Greg Sestero not only acted in/survived one of the most beloved bad movies ever made, "The Room," but turned a bomb into a bestselling book, “The Disaster Artist.” He recounted his experience filming the movie and his friendship with director Tommy Wiseau, and it in turn was adapted into a good movie with James Franco.

Now Sestero has stepped into the director's seat with “Miracle Valley,” a new throwback horror movie that centers on a cult. He's presenting both "The Room" and his debut at The Roxy Theater for a double feature on Saturday, Feb. 5. He answered some questions about both projects via email.

Q: Some people might avoid talking about projects that didn’t work out the way they’d hoped, yet you’ve done the opposite with the book and screenings like this one in Missoula.

Greg Sestero will host a double feature at The Roxy Theater on Saturday, Feb. 5. "The Room" plays at 8 p.m., followed by his new movie, "Miracle Valley" at 10. For tickets, go to theroxytheater.org.

A: I could have never imagined that “The Room” would still be a phenomenon 20 years later. Initially, I didn’t expect anyone to ever see the movie. Now after two decades, I’ve come to appreciate all the joy and laughs it has brought people around the world. For me personally, it gave me a chance to write “The Disaster Artist” and put me back in touch with my passion for writing.

Q: How have your thoughts about the movie changed over time, and where are they now?

A: I’ve only seen “The Room” around six times with a crowd over the years, so not many. It is such a great time with an audience. What has surprised me is how much the audience interaction with the film has evolved over the years. It’s amazing to see so many new people attending live shows, and leaving exhilarated and baffled in the best way. Having now produced a few films of my own now, I admire ”The Room’s” staying power and the support of the fans.

A: I enjoy going to new cities and meeting fellow movie lovers and sharing my latest work. I really enjoyed visiting Missoula and The Roxy Theater in 2019, doing the stage play. In fact, we even cast a local Missoula actor, Jesse Brenneman, in “Miracle Valley.”

These live events are such a communal experience and it’s interesting to hear how locals discovered “The Room” universe. Whether it’s igniting couples getting married or listening to “The Disaster Artist” audiobook on road trips, it’s always great to know your work is connecting with people.

As for my favorite scene, I think the Chris-R drug deal rooftop scene truly encapsulates the magic of “The Room.”

Q: With “Miracle Valley,” what spurred the move into directing?

A: I’ve always been a big horror fan. With each new project I do, I want to challenge myself creatively. I wrote and produced “Best Friends” with Tommy Wiseau — which was released by Lionsgate in 2018. For “Miracle Valley,” I wanted to take on the challenge of writing and directing — as well as starring. Sound familiar? Less sex scenes of course. But the new movie has some fun twists and I thought it would be the perfect type of movie to try out directing.

Q: Cults are a natural fit for a horror/genre movie. Which ones did you research for the script?

A: I lived on a ranch in the Arizona desert while I scouted and wrote the script. Each day for inspiration, I’d watch a few scenes from my favorite horror films: “The Hills Have Eyes,” “Hereditary,” “Green Room,” “It Follows,” “Psycho,” “Don’t Breathe.” I researched the cult of Jim Jones, Helter Skelter, “Wild Wild Country.” Then I discovered a very obscure cult from the 1960s near Bisbee, Arizona. It revolved around a preacher who believed he could bring people back from the dead based on their blood types. I was sold.

Q: You’ve appeared in a horror series and a horror spoof recently. For “Miracle Valley,” what were some of the touchstone movies and directors you looked to for inspiration?

A: I had a great time working on “The Haunting of Bly Manor” for Netflix. It’s great to see such huge interest in the genre. I’ve always been drawn to directors like John Carpenter and 1970s horror: “Halloween,” “The Thing,” “Texas Chainsaw Massacre,” “Race with the Devil.”

Those films have an energy to them that’s especially fun to experience with a crowd, as they have great moments of humor and suspense.

Q: In the press release, you mentioned that the film draws on your “own experiences at the heart of one of the most inexplicable big-screen cults of all time.” What are some of those aspects that crossed over into the script?

A: Cults are fascinating for many reasons. How does it all begin? Why? One of the aspects that crossed over into “Miracle Valley” is the larger-than-life cult figure. Every cult has that charismatic leader that draws people in, that makes you want to believe and follow — for whatever purpose. They tug at the void you didn’t know you had or are hiding from.

Q: Filming during a pandemic must’ve been complicated. How did the shoot go? (And did the production happen in so many places because of COVID, or did that go with the travel element in the story?)

A: Luckily, we filmed “Miracle Valley” in a very remote valley in Arizona. We had a fun dedicated group that bonded while making this film, and the film we were making is about isolation. I was thankful to have a creative challenge during that time and living out in such a beautiful valley was the perfect place to be during the pandemic. We even got to film at this amazing Frank Lloyd Wright designed location, that’ll be a fun reveal in the film.

Q: How did it feel having creative control of a project from the script to the shoot, and do you plan on directing again or focusing on acting next?

A: I read a few interviews with Billy Wilder, one of my favorite filmmakers. What I learned is to follow the fun. Not every movie is going to be perfect. But the experience making it can be something you can have some control over. So we went out and had fun and made a movie we hope our fans will have a blast watching with their friends. And maybe start a cult …