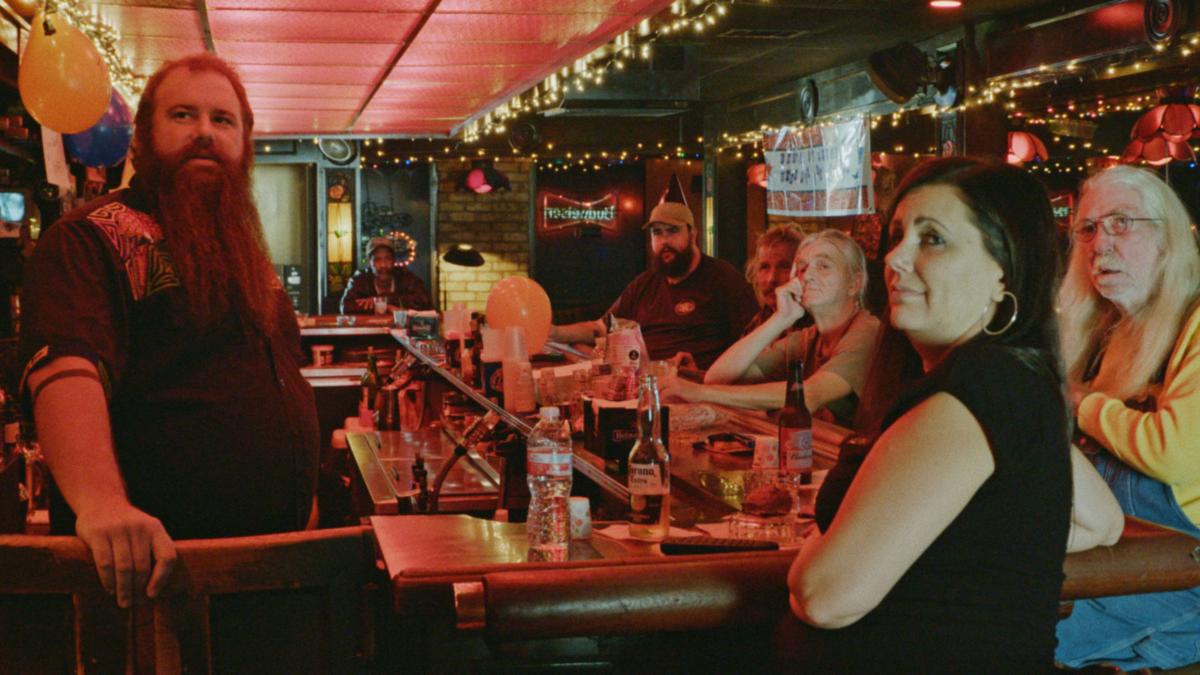 In "Bloody Nose, Empty Pockets," the Ross brothers rented out a bar in New Orleans and filled it with everyday people they scouted from other watering holes. The cast was asked to pretend it was the last night at "The Roaring 20s," and the brothers filmed their interactions. 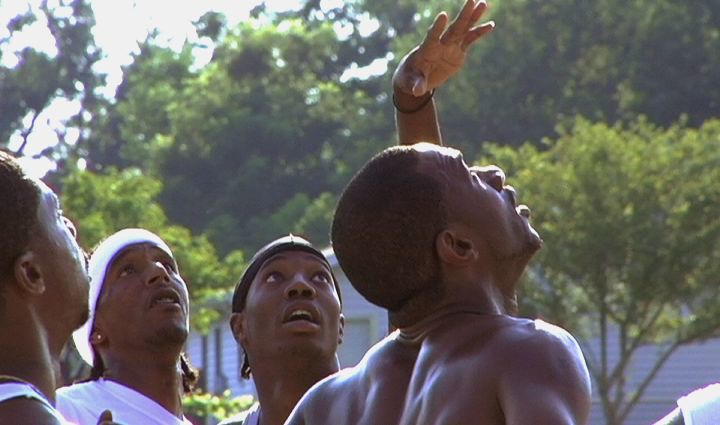 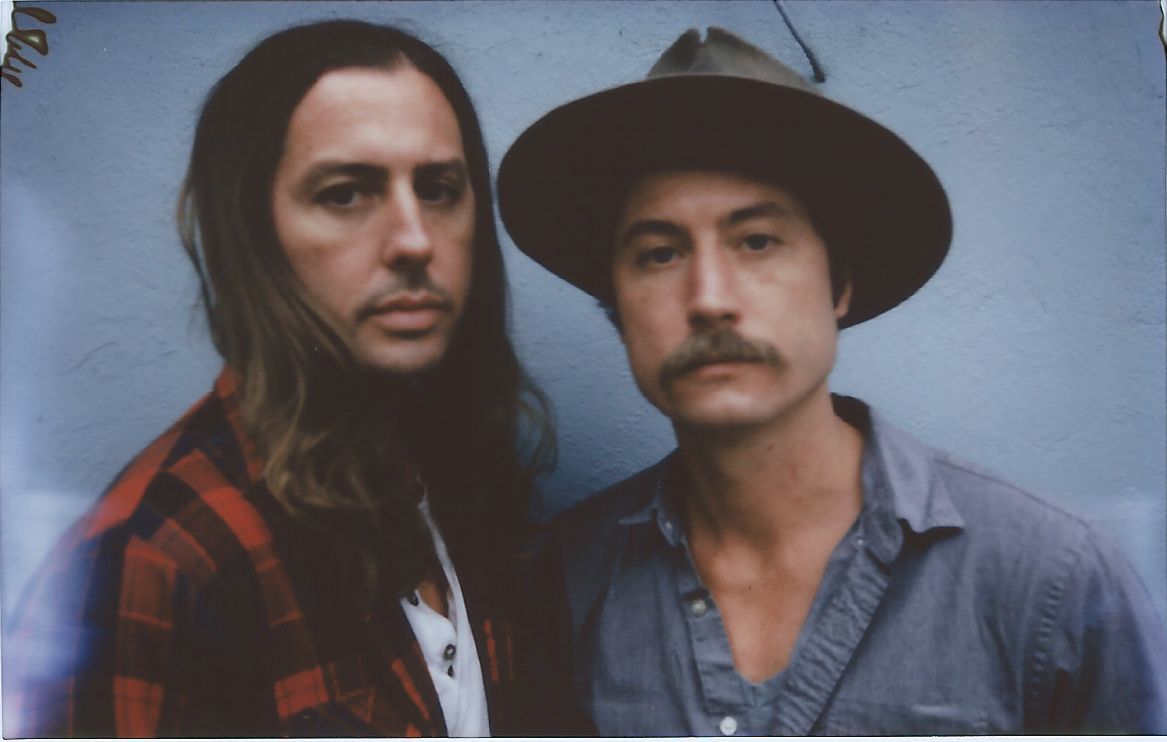 Bill, left, and Turner Ross are the subject of a retrospective at the opening weekend of the Big Sky Documentary Film Festival. The Ohio natives now work out of New Orleans, and their most recent project, "Bloody Nose, Empty Pockets," premiered at Sundance Film Festival. 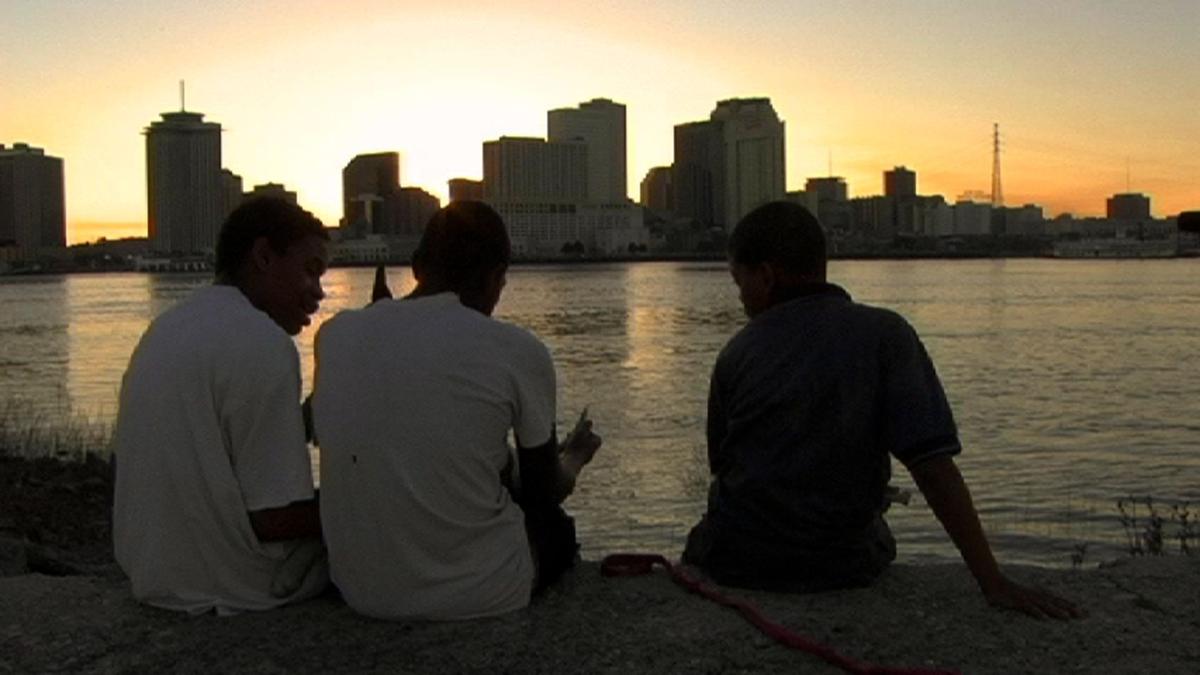 "Tchoupitoulas" follows three brothers on a night out in New Orleans. 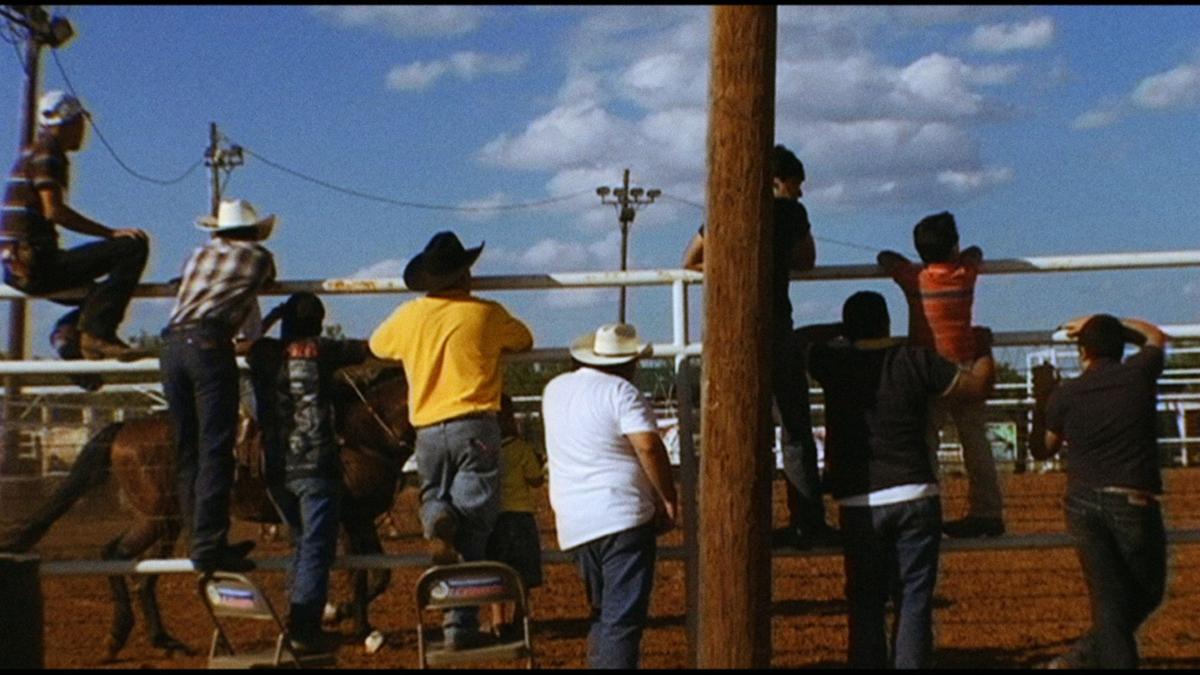 "Western" examines intertwined communities on either side of the U.S.-Mexico border.

In "Bloody Nose, Empty Pockets," the Ross brothers rented out a bar in New Orleans and filled it with everyday people they scouted from other watering holes. The cast was asked to pretend it was the last night at "The Roaring 20s," and the brothers filmed their interactions.

Bill, left, and Turner Ross are the subject of a retrospective at the opening weekend of the Big Sky Documentary Film Festival. The Ohio natives now work out of New Orleans, and their most recent project, "Bloody Nose, Empty Pockets," premiered at Sundance Film Festival.

"Tchoupitoulas" follows three brothers on a night out in New Orleans.

"Western" examines intertwined communities on either side of the U.S.-Mexico border.

It's the last night at the Roaring 20s, a dive bar in Las Vegas.

A gray-haired former actor named Michael wakes up around 11 a.m. and shaves in the bathroom sink. The other regulars filter in: a woman named Pam with a hoarse, raspy voice. A Vietnam veteran named Bruce. More than 20 eventually gather under the muted red lights, and the evening ebbs and flows from dancing to tearful conversation.

The people in "Bloody Nose, Empty Pockets" are real as are those tears, but the scenario viewers witness is entirely contrived.

Turner and Bill Ross, a pair of filmmaker siblings from Ohio now based in New Orleans, had initially wanted to make a straight documentary but ended up creating something different entirely.

The film premiered at Sundance Film Festival late last month in the documentary competition, which raised many questions in the press and in conversation about the nature of the movie.

"We're really not trying to fool anybody," Turner said in a phone interview.

Even if the movie doesn't fit within the norms of documentary, "this is the process by which we were able to arrive at something that we feel is very sincere and very truthful and there’s a lot of human truth in what we’re doing."

It's an affectionate and nonjudgmental portrait of dive bars and the little communities they cultivate, sometimes for better and sometimes for worse, which the brothers have studied firsthand.

"The love of a good dive came early on," Bill wrote in an email. "One of my earliest memories was my uncle Dave taking us to a placed called Scudzy's (one of his favorite watering holes) for the 'Match Made in Heaven,' the marriage of Macho Man and Miss Elizabeth at the WWF Summer Slam. Our uncle brought a wedding cake. The room was filled with larger-than-life characters telling wild stories that fascinated us to no end. After that day, anytime I passed a bar I would think that there were incredible characters inside doing insane things and telling the best stories."

That, paired with a viewing of "The Iceman Cometh" at a young age, contributed to the interest.

"We still love a dive but that childlike fascination has surely come off. It's different now, more complicated. The curtain has been pulled away which makes it richer."

The brothers, now in their late 30s, have five feature-length documentaries to their name and a retrospective at this year's Big Sky Documentary Film Festival.

Guest programmer Joanne Feinberg said the two are exemplary cinematographers and Bill is an outstanding editor. Beyond technique, they're able to develop relationships with their subjects that "comes across so authentically."

"They just have great eyes for looking at life, life that we're all in, whether it's a dive bar or a hometown, and showing it to us as we know it but also in a new way."

Their earliest film, 2009's "45365," is named after their ZIP code in Sidney, Ohio. The film creates a deep sense of place without relying on a narrative, instead drifting between characters and images in a rhythm of its own.

It's a personal movie, and the opposite of what they had been doing to pay their bills. The two had been working behind the scenes in Hollywood studios, with Turner in the art departments on large studio shoots and Bill editing trailers.

For "45365," they decided to go in search of "images that spoke to universal themes and things we certainly found beautiful and interesting, and finding quintessential moments in people's lives that at once are intimate and personal and unique but also have universal themes," Turner said.

Bill said it's not journalistic documentary filmmaking, instead more dreamlike and "experiential, trying to create a sense of being there."

In that early stage, they were influenced by nonfiction filmmakers Frederick Wiseman and the Mayseles brothers, along with Robert Altman.

"That we've ended up in this realm is a byproduct of our method, using the natural world and non-actors and these real found moments and experiences as the palette to create these things," Bill said.

"That was the best way for the two of us, as a one-man band, to go out into the world and tell the stories that we wanted to tell," he said.

If you've spent a significant or even insignificant amount of time in Missoula dives like Charlie B's, Flipper's, the Town and Country, or the Oxford, their Platonic ideal of a gritty bar and its inhabitants will feel viscerally familiar, the result of extensive scouting on the edges of Las Vegas and New Orleans.

The Roaring 20s in New Orleans was their eventual pick, with the right lived-in feel, such as signs above the urinals that warn against dropping cigarettes in the urinal since it "makes them soggy and hard to light."

"It speaks to a lot of bars that we’ve found around the world that are just these sort of hideouts, these really warm places that you go into to leave another world," Turner said.

They picked their customers through "bar-casting," he said, "a lot of sessions in bars, all over, with people who spend time in bars," in addition to folks they had connections with previously. They were asked only to be themselves, and imagine that their favorite bar is closing.

For instance, Michael is Michael Martin, a character actor, who prepared for his role much as he would a movie, even though he's playing himself. (At one point, he has an intense conversation with a younger friend, warning him that he needs to stay out of bars.)

They held several filming sessions and the core of the movie is an unbroken scene shot from 4 in the afternoon until 7 in the morning. Given the experimental nature of the set-up, Bill said he was "very prepared for it to not work at all." After roughly 10 minutes, the two brothers, each shooting footage, felt they were in their comfort zone, as did their cast. "Those folks know what a barroom is and how to operate in it," he said.

"They took over," Turner said, and "created their own dynamics. It really just became its own living, breathing entity, and we just needed to be there in it."

The particular timing of the project is responsible for some of the emotional discussions — more than one person breaks out in tears — since it was not long after the 2016 presidential election.

"No matter what your politics are, people were feeling a lot of feelings at that time," which was conducive to "more existential conversations," Turner said.

They had assistance outside in case anyone needed help, during the shoot or after they'd decided to leave. (A handful make the sort of exit you'd expect, sometimes with profanity.)

"Everybody knows that they're in this experiment, but they're also truly relating to each other and their views on the world, and they also know when they walk out the door there's a support team to take care of them," Bill said.

Looking back over their work, Turner said, "we're on an adventure, and we've always been on an adventure, we're trying to learn along the way and trying to make sense of the world that we get to be a part of," whether it's communities or individuals or "trying to find the sublime in the mundane."

The festival is screening a retrospective of all five of the Ross brothers' films. Go to bigskyfilmfest.org for tickets or more information.

Their impressionistic debut tracks daily life in small-town Sidney, Ohio, from the vantage points of a high-school girl, athletes, police officers, and residents of a trailer park.

The brothers follow three young people on a night out in New Orleans.

Small towns in Texas and across the Rio Grande in Mexico cope with rising cartel violence.​

Their latest work is a documentary-fiction hybrid that debuted at the Sundance Film Festival earlier this year. The patrons of "The Roaring 20s," a New Orleans dive bar, gather for its last night before closing for good. The people are real, but the scenario is contrived: They rented the bar and "cast" people to play themselves.