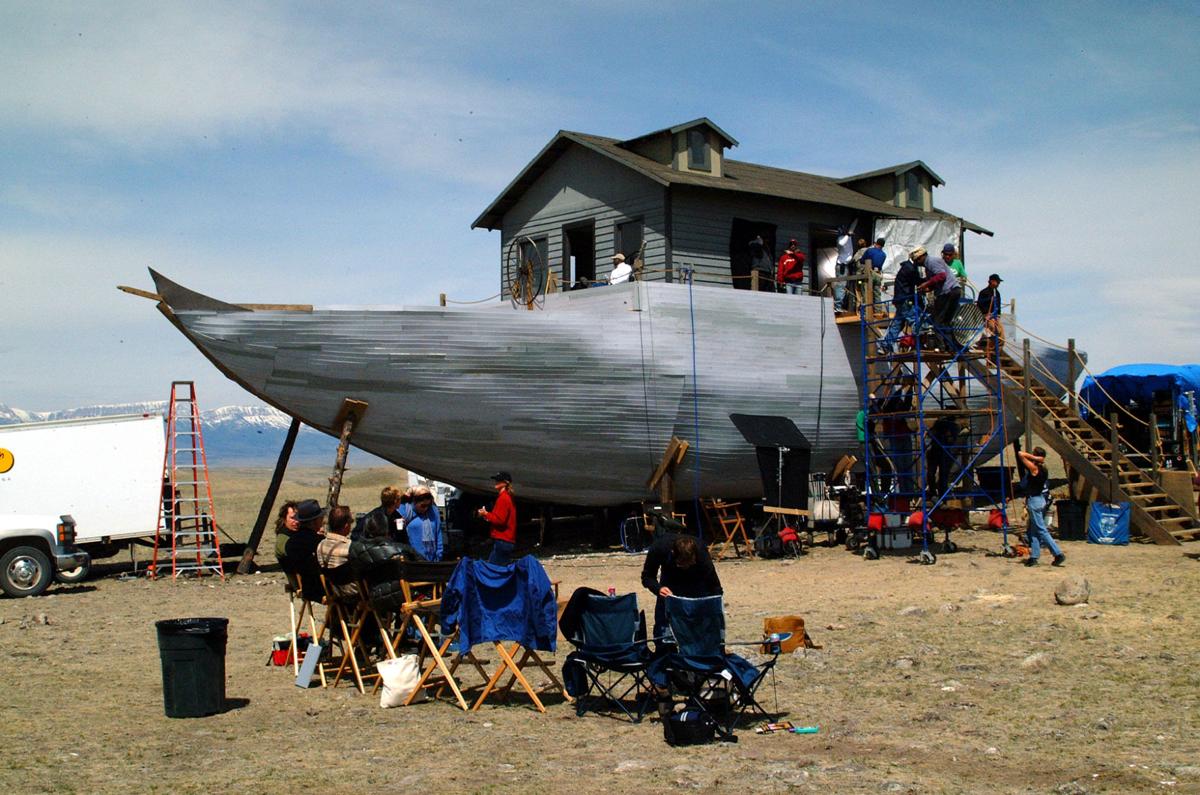 Part of the filming for "Northfork" involved an ark that was constructed against the backdrop of the Rocky Mountain Front.

"Buster's Mal Heart," an independent film shot in the Kalispell area, is a puzzle-box thriller with spiritual overtones. "Mr. Robot" star Rami Malek plays a mountain man who burgles vacation homes, and a struggling hotel clerk named Jonah, who may or may not be the same man. 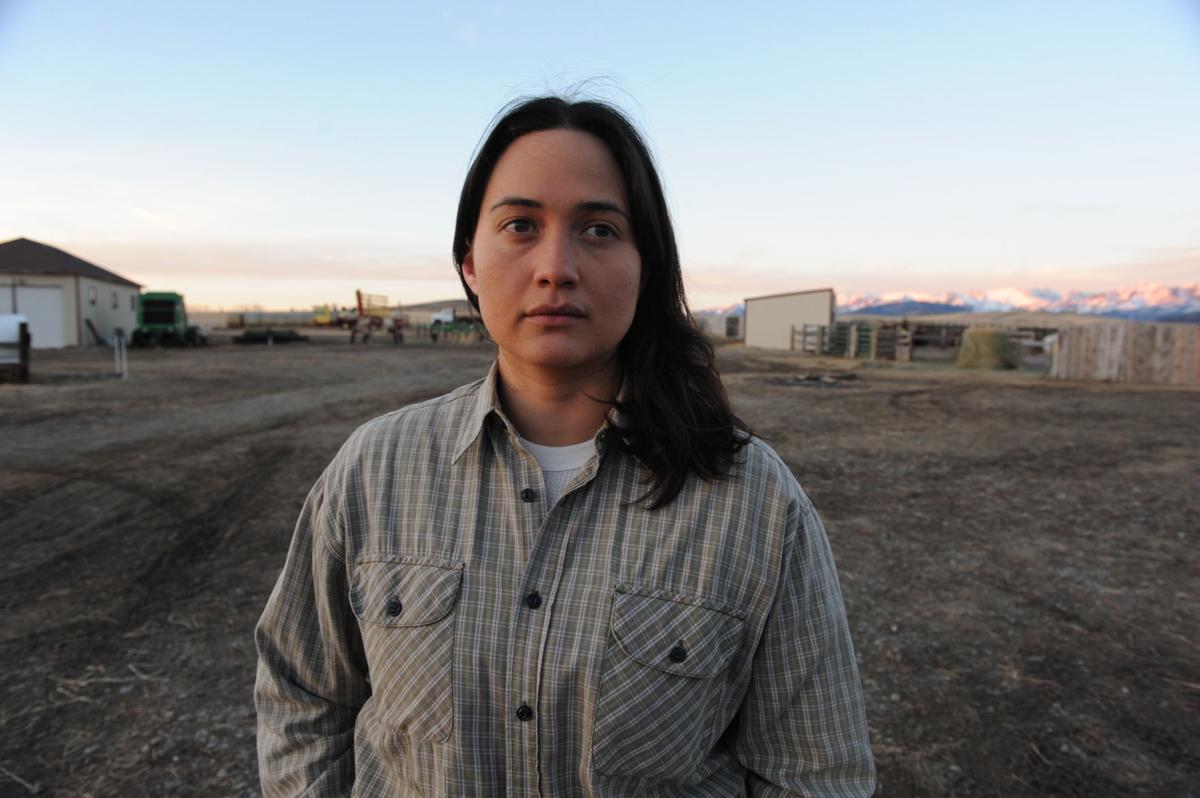 Blackfeet actress Lily Gladstone plays a rancher in "Certain Women." She also has a small role in "Buster's Mal Heart." 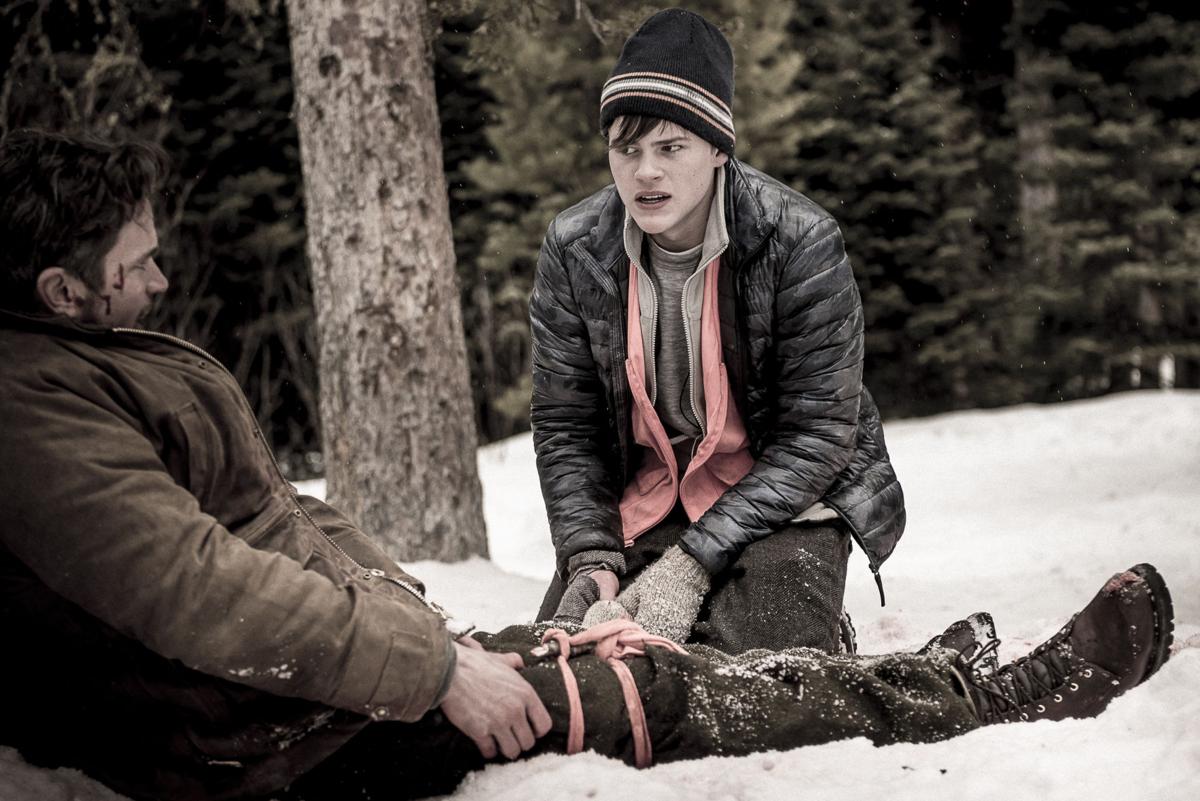 "Walking Out" was directed by brothers Alex and Andrew J. Smith. 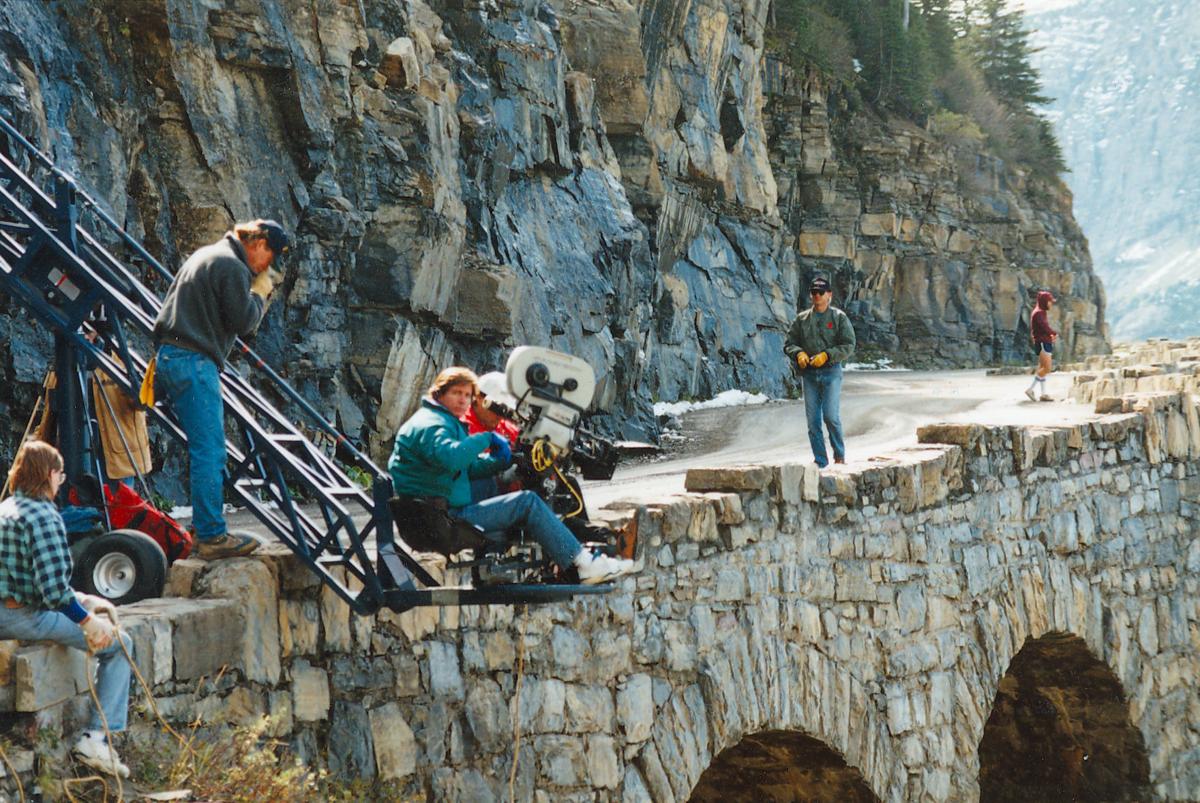 A scene shot in Glacier National Park with “Forrest” on the Going-to-the-Sun Road didn’t end up in the movie. 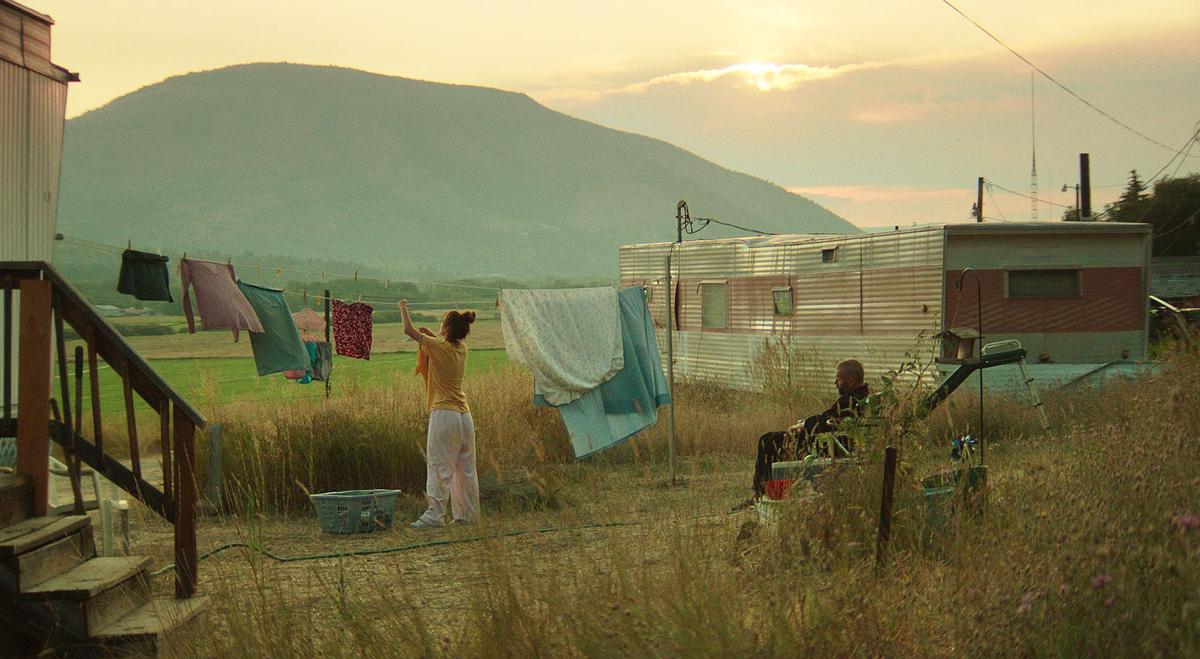 “Mickey and the Bear,” released last year, was shot in Anaconda. 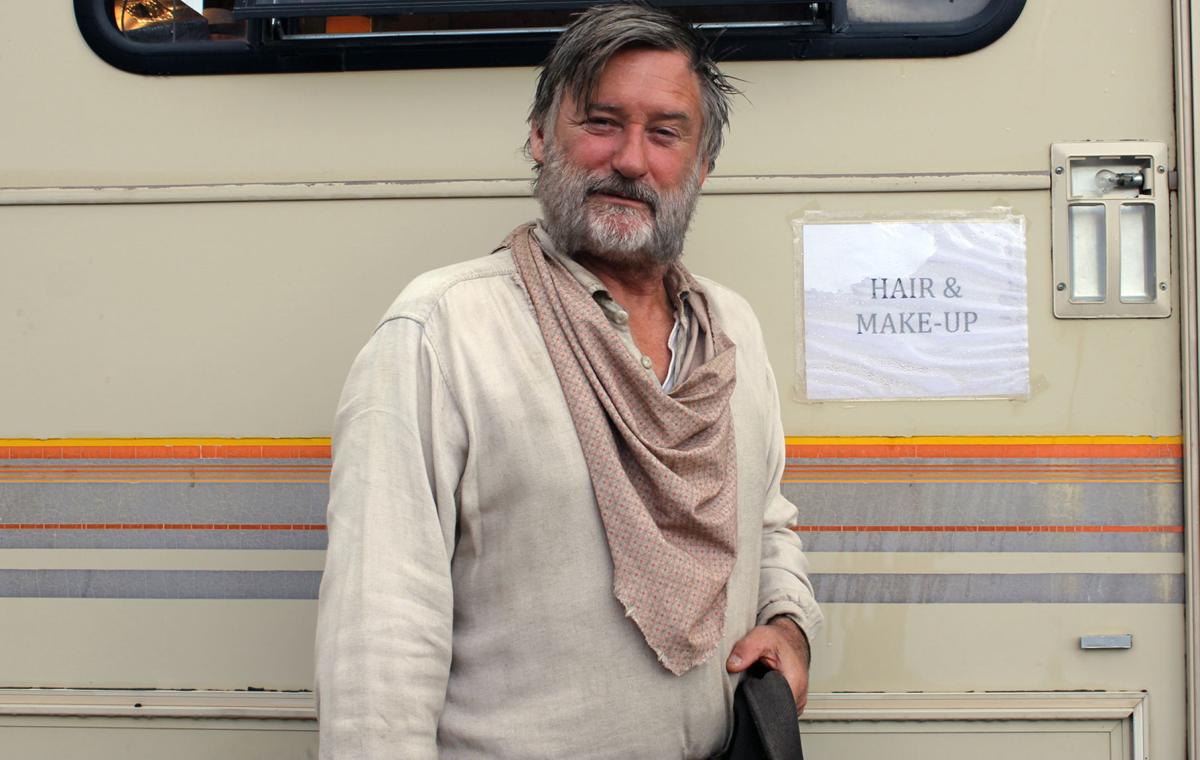 Bill Pullman stars in "The Ballad of Lefty Brown", which was shot in southwest Montana.

Since many are discouraged from gathering in public or going to the office, here is a list of Montana-made movies available on streaming services.

1. “Northfork,” a 2003 surreal drama by Mark and Michael Polish, boasts sumptuous cinematography shot in the Glasgow and Great Falls areas, and includes unique views of the depths of the Fork Peck Dam. Starring James Woods, Nick Nolte and Darryl Hannah, it's a film with Biblical undertones involving a young orphan, a preacher, a hydroelectric dam and, ostensibly, Noah’s Ark. Northfork portrays a Montana community forced to make way for a dam. Part of the filming involved an ark that was constructed against the backdrop of the Rocky Mountain Front. Sweeping Montana landscapes set a melancholy mood in Northfork. Critic Roger Ebert called it “a visionary epic” and the Polish twins “the real thing.” The New York Times labeled the film “dreamy and entrancing” and the Los Angeles Times deemed it “a thoroughly original accomplishment of a high artistic order." The film is available on YouTube, Amazon Prime, Google Play, iTunes and Vudu. (Brian D'Ambrosio)

2. The 2013 film, “Winter in the Blood” transposes the Montana author James Welch’s book into a story fit for the big screen. It is directed by Alex and Andrew Smith, Potomac natives who grew up living near James and Lois Welch. Welch’s book is enduringly popular, so much so that it has never been out of print because the story is so profound. It was this reverence that led Montanans to embrace the film financially through the online fundraising site Kickstarter. "Winter in the Blood" was filmed in Havre and Chinook during the summer of 2011. The film is available on YouTube, Amazon Prime, iTunes, Google Play and Vudu. (BD)

3. The 1971 film, “Evel Knievel” features George Hamilton in the title role. After portraying the larger-than-life Knievel, Hamilton dubbed the Butte native “the father of extreme sports.” The film features some vintage shots of Butte around 1970, including some footage of the East Ridge and the upper stretches of the Butte Hill, including Walkerville. One sequence early in the film was shot in the M&M bar. The film is available on YouTube and Amazon Prime. (BD)

4. The 1992 drama “A River Runs Through It,” starring Brad Pitt and directed by Robert Redford, is as iconic as any film could possibly be. The family saga plus the stellar fly fishing ignited an uninterrupted love affair with the state. "A River Runs Through It" earned an Academy Award for best cinematography, and the beauty of the film has since attracted visitors to the state from all over the world. The film is available on Sony Crackle (free), Amazon Prime, Vudu, YouTube and Google Play. (BD)

5. The year 1977 saw the release of “Telefon,” an odd spy thriller produced by James B. Harris in which craggy, taciturn Charles Bronson portrays a Russian KGB agent out to stop an unhinged Stalinist defector from unleashing a fury of sabotage across the United States. Borzov’s character perfectly suited Bronson’s rugged screen persona. The city skyline depicting Houston, Texas, is actually Great Falls, where the majority of the film was shot. The exploding building in one scene is the controlled demolition of the old Paris Gibson Junior High School. The Houston scenes were shot on a Hollywood back lot. The film is available on Amazon Prime. (BD)

6. Two scenes for "Forrest Gump" were shot at Glacier National Park. In both, Jim Hanks doubled for his actor brother Tom. One scene ultimately made the cut, the one in which Forrest Gump jogged through Montana on his inspired trek across the United States and back. The other scene with “Forrest” on the Going-to-the-Sun Road didn’t end up in the movie. For this film Tom Hanks snagged his second Best Actor Academy Award. The film is available on YouTube, Amazon Prime, Google Play, Vudu, iTunes and Hulu. (BD)

7. Directed by Montana natives Andrew and Alex Smith, "Walking Out" was filmed in Paradise Valley, Livingston and Bozeman and features a cast of Matt Bomer, Josh Wiggins and Bill Pullman. The story follows a teenage boy (Wiggins) who leaves his big city life to go on a hunting trip with his estranged father (Bomer). An encounter with a grizzly bear forces the two to rekindle their father-son bond to survive. The film is available on YouTube, Amazon Prime Video, Netflix, Google Play and Vudu. (Laura Scheer)

8. "Certain Women," directed by Kelly Reichardt, was a 2016 Sundance Film Festival feature pick based on stories by Helena native Maile Meloy. Set in Montana and starring Laura Dern, Michelle Williams, Kristen Stewart and Blackfeet actress Lily Gladstone, "Certain Women" tells the story of three tough and determined women looking to create their own paths in the American West. Most of the film was shot in the Livingston area in the spring of 2015. The movie is available on YouTube, Google Play, iTunes and Vudu. (LS)

9. The most recently released film on the list, "Mickey and the Bear," follows a teenage girl living in Anaconda and dealing with a tumultuous relationship with her single father. Mickey Peck, played by newcomer Camila Morrone, is searching for her own identity while trying to keep her family together. The 2019 drama is Annabelle Attanasio's directorial debut and boasts a rare 100% rating on Rotten Tomatoes. The film is available on Amazon Prime, YouTube, Google Play and Vudu. (LS)

10. "Ballad of Lefty Brown," a 2017 Western directed by Jared Moshe, follows a rough and tumble cowboy on a dangerous journey to avenge his partner's murder. The film stars Pullman ("Walking Out") as Lefty Brown and was mainly shot in Bannack State Park, 25 miles southwest of Dillon. A sold-out screening of the film in Whitehall in January 2018 raised more than $100,000 for the city's Jefferson Valley Museum. The movie is available on YouTube, Google Play, Amazon Prime, Netflix and Vudu. (LS)

11. Academy Award-winner Rami Malek plays an eccentric mountain man in "Buster's Mal Heart." The 2017 puzzle box thriller features Malek in several different roles and as the viewer, you're not quite sure if it's the same person. The film's many layers allow the "Mr. Robot" star to showcase all angles of his craft. The movie was filmed in Kalispell and Whitefish, with the former Outlaw Inn serving as one of Malek's character's place of work. Gladstone ("Certain Women") has a small part too. The film is available on Amazon Prime, YouTube, Vudu, Google Play, iTunes and Netflix. (LS)

Brian D'Ambrosio is the author of "Shot in Montana: A History of Big Sky Cinema." He lives in Helena and writes about music for the Missoulian Entertainer.

'The Kingdom': Documentary takes you into fungi's essential role

From Evel to Elouise Cobell: Montana-made documentaries to stream