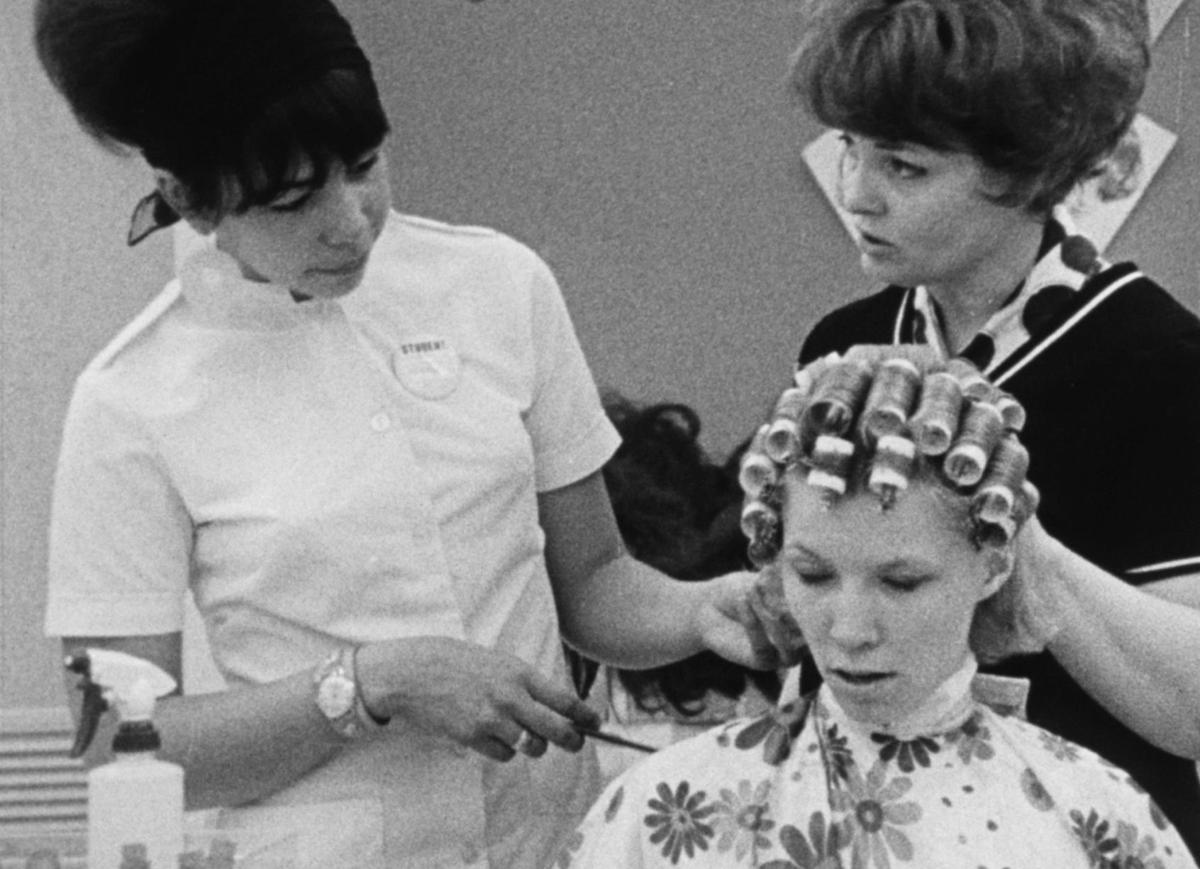 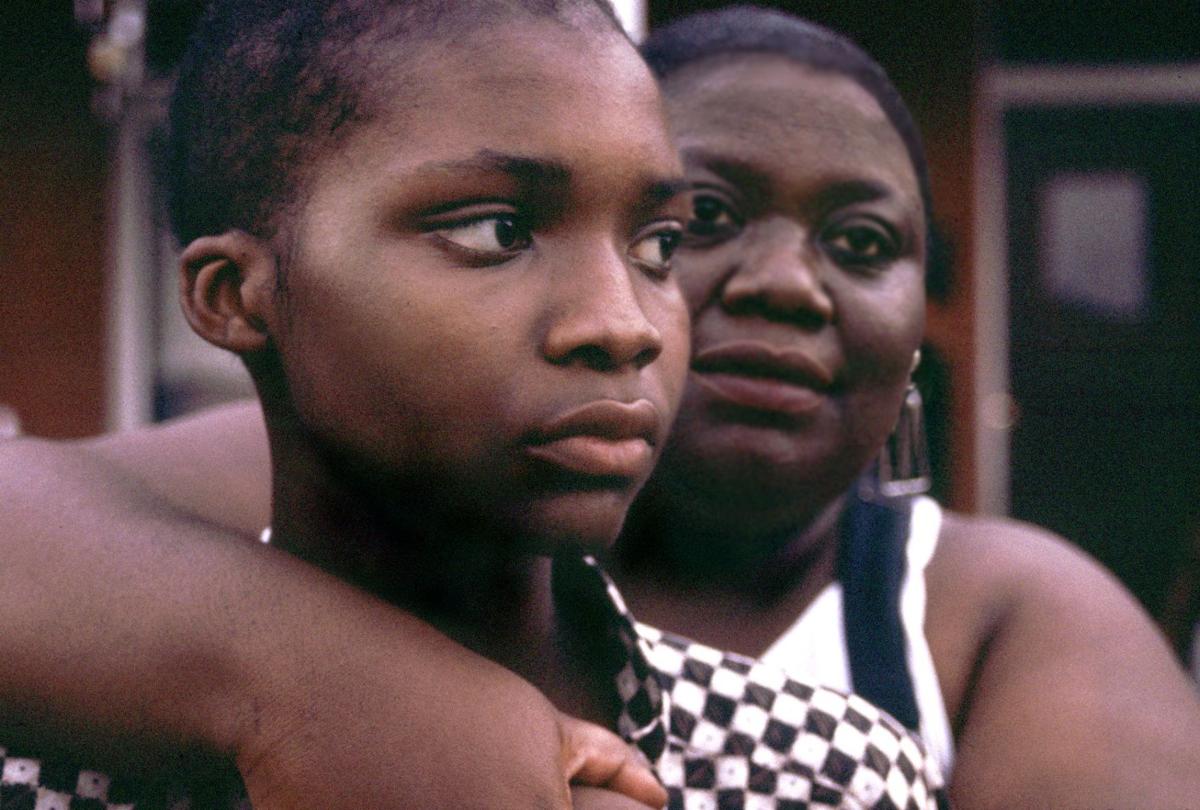 "A Lion in the House" follows the stories of five families battling pediatric cancer. 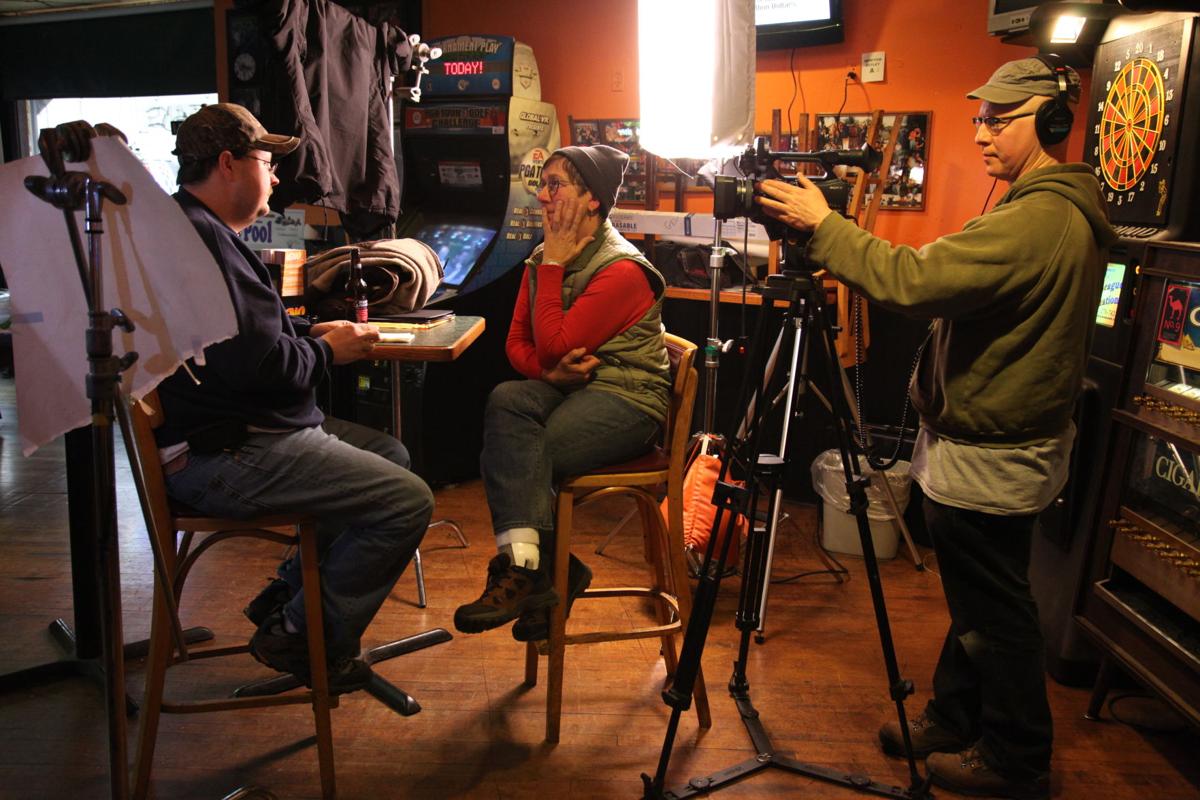 Julia Reichert and Steven Bognar during the filming of "The Last Truck." 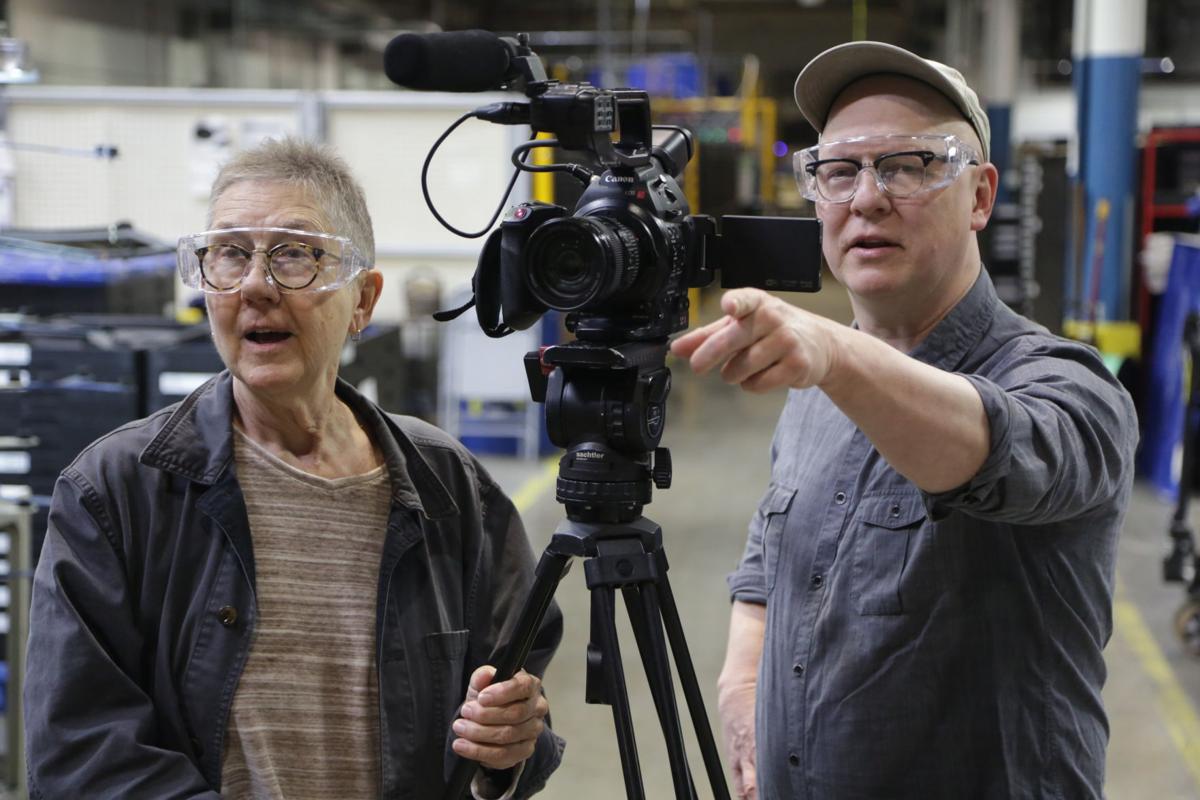 Julia Reichert and Steven Bognar are featured in a retrospective at this year's Big Sky Documentary Film Festival. 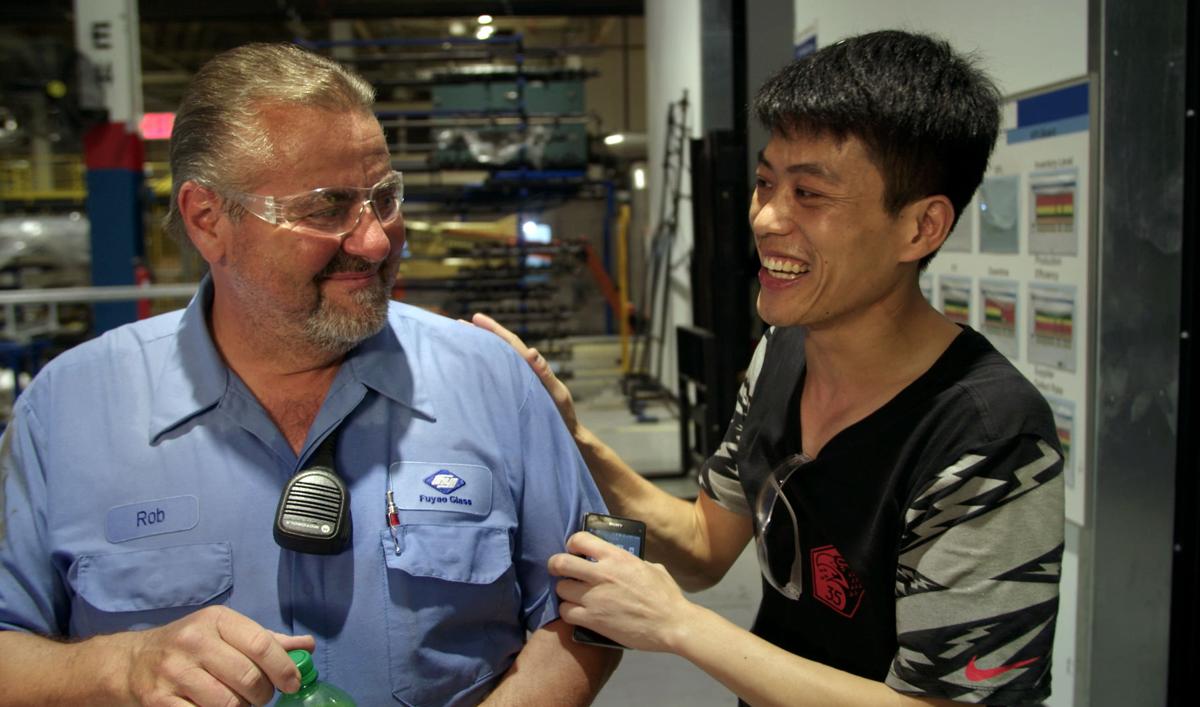 "A Lion in the House" follows the stories of five families battling pediatric cancer.

Julia Reichert and Steven Bognar during the filming of "The Last Truck."

Julia Reichert and Steven Bognar are featured in a retrospective at this year's Big Sky Documentary Film Festival.

After spending 50 years intimately documenting the human experience and the issues of everyday Americans, filmmakers Steven Bognar and Julia Reichert stepped onto the stage at the Academy Awards earlier this month and accepted their first Oscar.

“It was an out-of-body experience, really,” Bognar said in a recent phone interview. “The days following, I kept asking myself, did that actually happen?”

The couple, who won Best Feature Documentary for their 2019 film "American Factory," is featured as one of this year’s retrospectives at the Big Sky Documentary Film Festival and will be in town to discuss their body of work.

Selections include films the pair has made together, as well as earlier films each made prior to becoming partners and collaborators, with screenings running Friday through Sunday (see box for screening times).

“My main concentration was on not tripping over my dress, which we had to practice quite a few times,” said Reichert, who has been nominated twice before for an Academy Award.

The pair is from Yellow Springs, Ohio, and has made a career telling the stories of everyday Americans in their community and shedding light on the struggles we all face as humans.

The couple’s Academy Award comes as Reichert celebrates her 50th year as a filmmaker. Her first documentary, “Growing Up Female,” was her senior project in college and examines the forces that shape girls and women through the lives of six of them, ages 4 to 35.

The film will be the first featured in the retrospective, said Big Sky Programming Director Joanne Feinberg, adding many of the themes feel even more relevant now than in 1971 when it was released.

“It’s in black and white and it’s definitely a film from 1971, but it’s timeless, it is a classic,” Feinberg said.

Looking back, Reichert said she would have hoped we’d be farther along in terms of feminism and women’s equality.

“One of the things we see in that film … they were already fighting sexual harassment. And now we’re fighting it again in the last few years,” she said.

But she did point out some of the themes have changed, referencing a scene where a school guidance counselor says the father’s role is not to play with the children.

“Some of that has happened, but gosh, we’ve also slid back,” she said.

The film was selected for the National Film Registry by the Library of Congress.

'A Lion in the House'

The duo’s first documentary together, “A Lion in the House,” follows the stories of five children and their families as they battle pediatric cancer. The nearly four-hour film is predictably painful to watch, but paints the full picture of the toll treatment can take both physically and mentally, as well as the stresses families go through when making medical decisions.

The duo said it’s the most difficult film they’ve made, but also the one they’re most proud of.

“We were drawn to make it because Julia’s daughter, my stepdaughter, had cancer when she was 16, so we had had a taste of what childhood cancer was, how hard it was,” Bognar said. “Yet at the same time, we really had no idea how hard it could be, because our daughter had done really well and we didn’t realize with mounting relapses just how tough it gets.”

As you take this journey with these kids, you begin to feel as if you’re part of their family, going through the pain of watching a loved one suffer and eventually grappling with the heart-wrenching decisions they have to make that split some of the families apart.

“We realized when our daughter Lela had cancer that it changes your life. There’s not getting around it,” Reichert said. “It changes your family and it tests you on every level.”

As many of their films do, “A Lion in the House,” features the community they live in and are a part of, so they felt compelled to tell these families' stories. The pair started the project in the ‘90s and followed the families for 10 years. The film was released in 2006 and aired as a special on PBS.

'The Last Truck' and 'American Factory'

The pair has more recently focused on the working-class Americans in the auto industry, with their films “The Last Truck: The Closing of a GM Plant” and “American Factory.”

Both look at labor regulations, unions and the economic fluctuations of manufacturing in the United States through the personal and emotional testimonies of blue-collar Americans.

In “The Last Truck,” Reichert and Bognar follow employees in their final weeks working at a closing GM plant outside Dayton, Ohio, minutes from their home. The plant closed two days before Christmas, leaving 2,500 people without work and leading to a loss of more than 10,000 jobs that trickled throughout the region.

In the film, as the last truck goes down the assembly line and after each employee finishes their task, they begin to follow the vehicle, hugging and comforting each other along the way in a heartwarming display of affection.

“American Factory” brings the story full circle, following a Chinese billionaire who reopens the shuttered GM plant as a glass factory, hiring 2,000 Dayton-area blue-collar workers. The film sheds light on factory work, covering issues of workplace safety and working conditions. It’s a fascinating look at the difference between business and manufacturing practices between the United States and China.

Reichert and Bognar fell in love 25 years ago. Both were already established filmmakers at the time and said they made an agreement to never work with each other.

After a few years, the two realized while they’re quite different, they each have skills that complement the other in the world of filmmaking — Reichert having an intuition for storytelling and Bognar with an eye for cinema.

“He has a fantastic eye and is a wonderful cinematographer and really just has the patience to see the eloquent shot, or the way to express something, the way to use light,” Reichert said.

On the other hand, Bognar said he often relies on Reichert’s sense of story, as the bigger picture is sometimes hard to see in the midst of production.

“When you're filming … we often don’t have any clue as to what’s going to happen or where the movie’s going or what the structure will be like when we start editing a year or two from now and you just go, go, go,” Bognar said. “You’re relying on your instincts for what’s the story thread to be chasing or who’s the person to follow and Julia has just these great instincts about that.”

She also brings a level of engagement and trust to the room when they’re filming and interviewing their subjects.

“We ask people to share their stories, to trust us, to go on a journey with us,” he said, adding Reichert is genuinely and deeply curious about the struggles we all go through and has a belief in sharing those struggles.

The two have mastered their tag team over the years and said they collaborate so well because they’re almost always on the same page.

“I sometimes feel like Julia and I share sort of one creative consciousness, where we are always in dialogue with each other, even if it’s silence, even if it’s in a room and we’re watching things unfold and we’re filming, we have this sort of nonverbal shorthand that helps us do a better job.”

The two realized “it’s just better together,” and have been partnering on projects for the last 20 years.

Keeping it close to home

Reichert and Bognar said they’ve always been interested in making documentaries about the community they live in, adding they become deeply involved and dive into people’s lives to share stories that everyone can relate to.

“The way we work is so immersive. We spend years filming and proximity, if you’re going to show up at a hospital or a factory a few times a week for years, living close to it really makes a difference,” Bognar said.

Feinberg said part of why their films are successful is that they genuinely care about the subject matter.

“These are not just people where they just swoop into town and tell a story and leave, these are deep relationships that they’ve developed by going to the bars where people go after work and getting to know them.”

The pair has kept in touch with many of the subjects in their film and said several of the workers from “The Last Truck” attended the screening they held for “American Factory” in Dayton.

And while their work is global in the themes they address, Feinberg said they’ve been able to have a prolific career while keeping their roots in Ohio.

“They’ve really shown that it’s possible to have a really inspiring and influential career while living where your family is and where your roots are,” she said. “One of the themes of our Doc Shop is ‘sustainability and integrity’ and I can’t imagine two people embodying that more powerfully.”

Feinberg said it’s wonderful that their retrospective comes on the heels of their Academy Award win.

“I couldn’t really be happier with the timing … that we get to celebrate that amazing recognition of their work.”

Review: Jarmusch's zombies aren't as sexy as his vampires