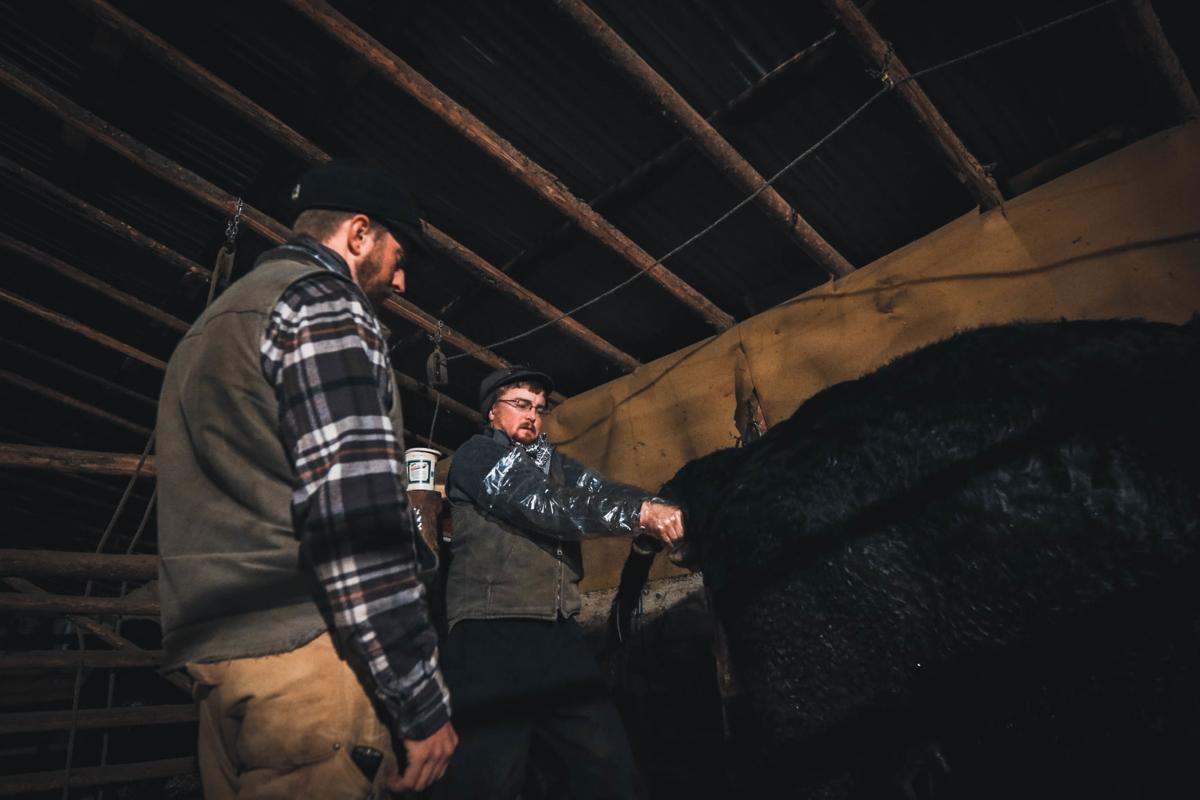 "32 Below" follows the Bignell family through the sleepless days and nights of calving season during one of Montana's coldest winters on record. 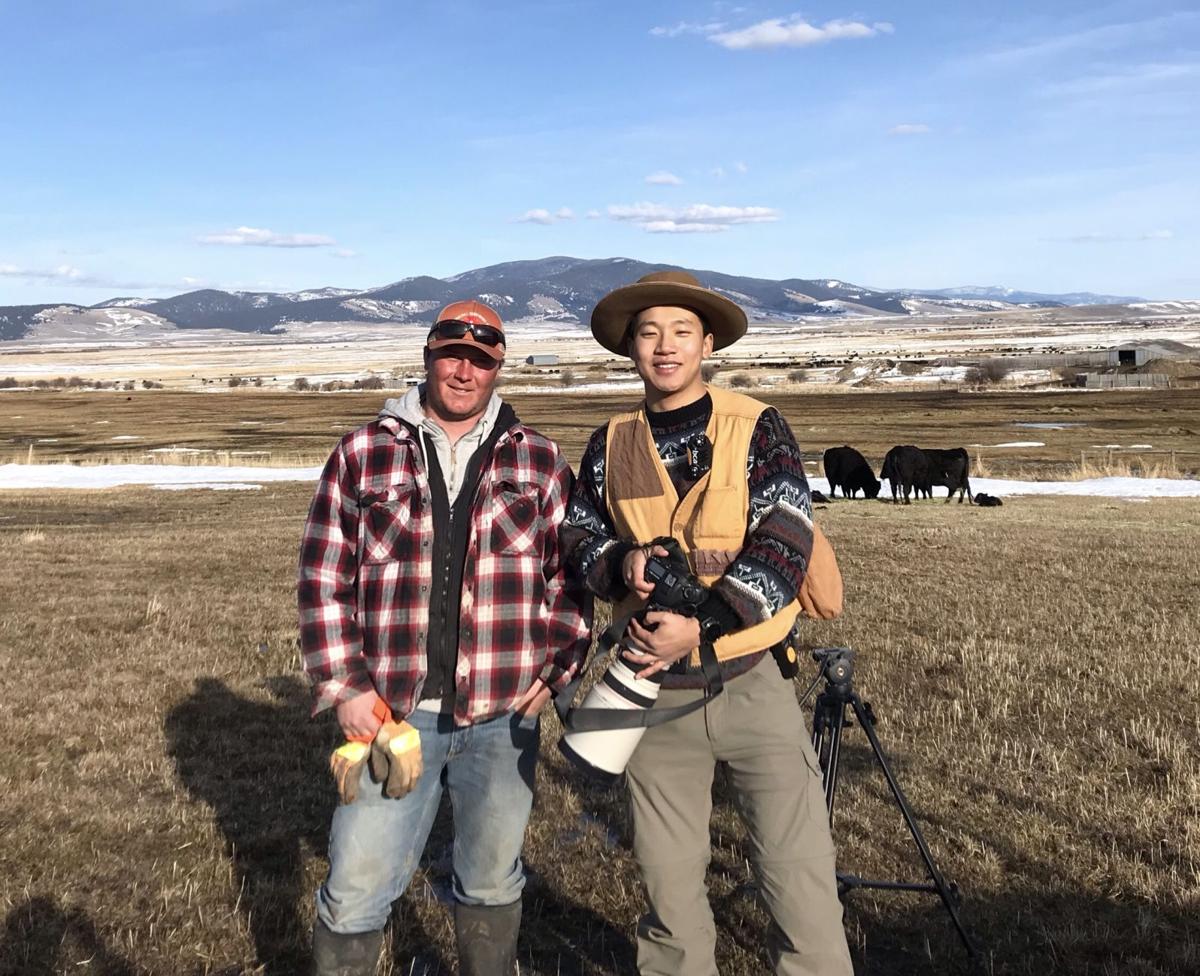 Jiakai Lou, right, and Tyrel James Bignell pose for a photo on the Bignell ranch in Helmville during the filming of "32 Below." The film has gone from class project to Big Sky Documentary Film Festival selection.

"32 Below" follows the Bignell family through the sleepless days and nights of calving season during one of Montana's coldest winters on record.

Jiakai Lou, right, and Tyrel James Bignell pose for a photo on the Bignell ranch in Helmville during the filming of "32 Below." The film has gone from class project to Big Sky Documentary Film Festival selection.

From class project to Big Sky Documentary Film Festival selection, University of Montana senior Jiakai Lou’s debut film “32 Below” is getting noticed at both the local and national level.

The film, which premieres Sunday at the Wilma, recently received first place for multimedia/narrative video storytelling in the Hearst Journalism Awards, one of the most prestigious honors for college-level journalism.

The short documentary follows the Bignell ranching family through calving season during one of the harshest Montana winters on record.

Lou, a journalism student, was born and raised in China and moved to Missoula to attend UM after graduating high school.

“The reasons I came here are all about Western culture, Western lifestyle and the beautiful, natural environment and the winter,” Lou said, adding he wanted to learn about things like skiing, fly fishing, rodeo and ranching.

The film was originally a project for a class with Pollner professor Preston Gannaway during the 2019 spring semester.

Lou said with the particularly frigid weather that winter, he had the idea to follow a ranching family to see how they function in such unforgiving conditions.

“It’s a lifestyle that I don’t have the ability to live and it’s so tough. It’s tougher than what I expected,” he said.

Lou found the Bignell family through connections in town. Their ranch sits between Helmville and Ovando and comprises more than 20,000 acres, 10,000 of which are leased and 12,000 of which the family owns, he said.

“It’s just really remote and it’s in the middle of nowhere,” Lou said. The film features aerial drone shots to establish the vast, unforgiving landscape where the Bignells work.

Lou spent several days and nights on the ranch, sleeping for an hour or two at a time on a pile of hay in the “C-section room” of one of the family’s barns. The ranch only has to perform one or two C-sections each calving season, so the warm room is usually open for resting, he said.

“They offered me a bedroom for me to stay overnight, but I never used that bedroom because they worked 24/7,” he said. “What interested me the most was how they work at night, so I just stayed up with them. I didn’t really sleep.”

To give a true sense of the around-the-clock nature of ranching, he wanted to be with the family on the job as much as possible, adding the ranch hands check the cows every hour, day and night.

One of the challenges for Lou was balancing filming with school and sometimes he didn’t have time to shower before he had to be back at class after a night at the ranch.

“When I walked into the classroom … people that sat around me were kind of looking at me weirdly because I smelled like a cow.”

Lou said he also worried about his drone battery dying midair due to the cold.

Through the film, you see how the family cares for the cattle, treating them like individual animals rather than numbers in a field.

In one scene, the family has to intervene in a birth as a cow struggles with a larger-than-average calf. While they were able to save that calf, you see in the film not all of them survive — a harsh reality of ranching the Bignells said you have to get used to over time.

There are also adorably sweet scenes with day-old calves taking their first steps and snuggling with mom.

The film features not only visually stunning scenery, but the sounds of wind-whipped snow and blustering blizzards that truly make you feel as if you’re on the ranch.

Lou said he hopes people who go see “32 Below” learn there’s a story of hard work and care behind what we eat when we sit down at the dinner table.

Lou, who's graduating this spring, said he’s looking for job opportunities in both the United States and back home in China, and also continuing his work on his second documentary, which follows college-level national barrel racing champion Ashtyn Carlson, who's on UM's rodeo team.

For tickets and information, visit bigskyfilmfest.org.

Back to the Future

Coming to the Roxy: Penelope Cruz and Javier Bardem team up in thriller

In Ross brothers' unconventional film, spend one night in a dive bar