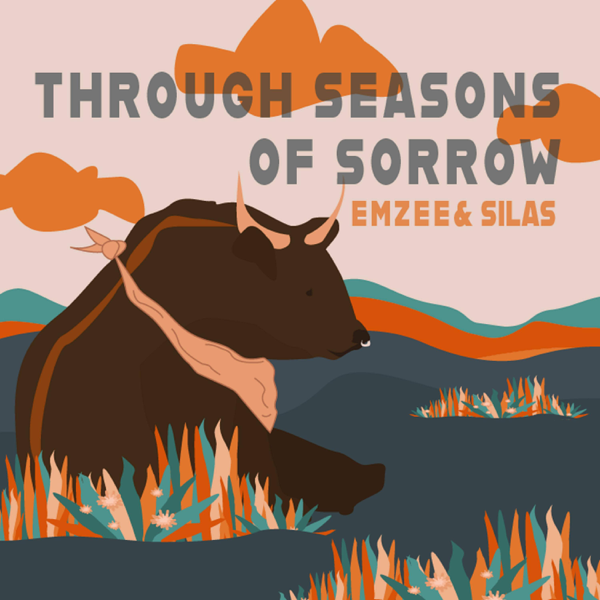 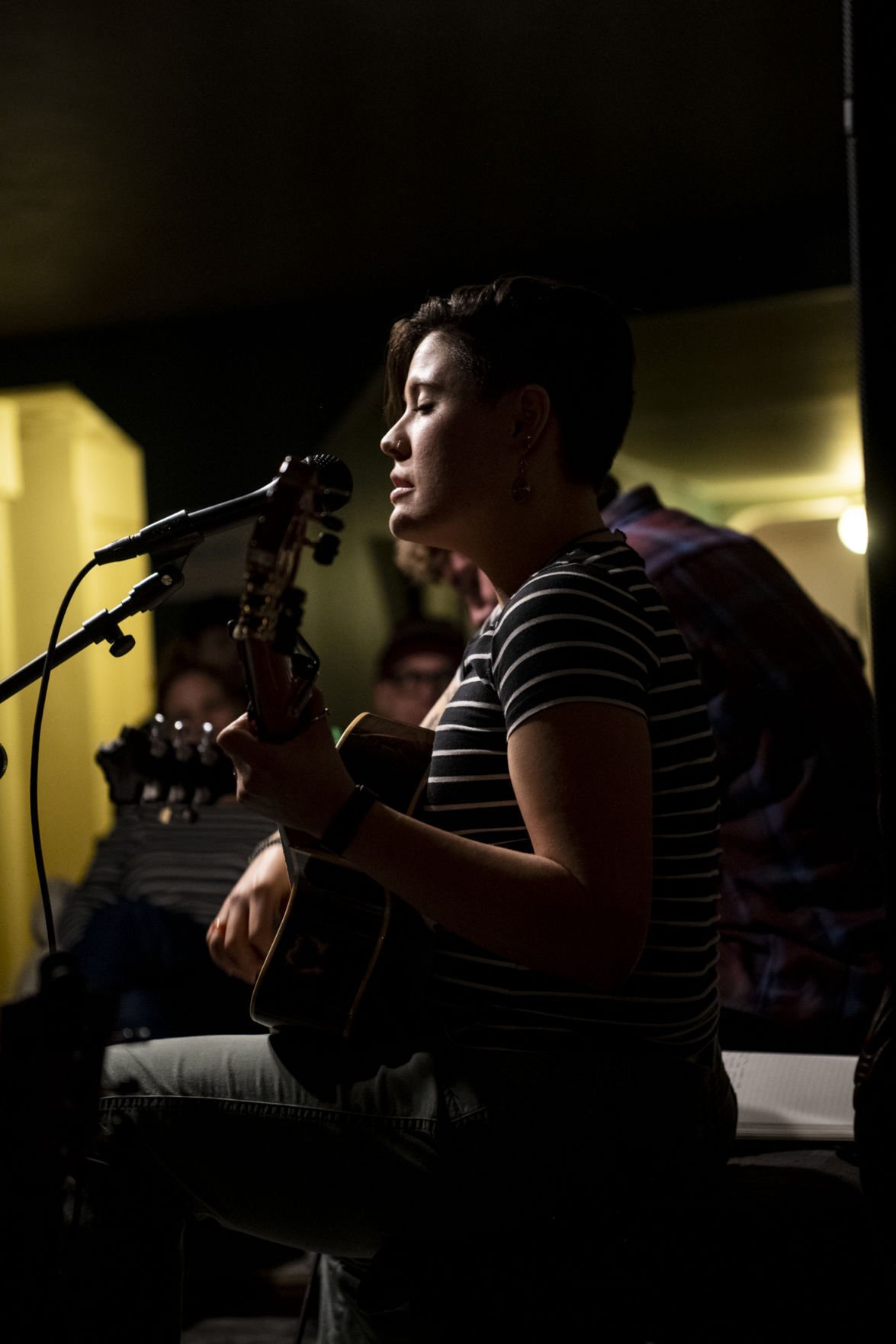 Maria Zepeda performs alongside Si Smith during a Love Missoula show at Gentry House in this 2019 file photo.

Maria Zepeda performs alongside Si Smith during a Love Missoula show at Gentry House in this 2019 file photo.

Sorrowful instrumentals and a voice full of soul sings of a road through the darkness, through depths that most people don’t want to talk about.

“Giving new noise to the void,” the haunting voice sings as the song closes. “Going into the darkness takes everything I have left.”

The words echo in the mind long after the song has ended, the power and vulnerability behind the statement stays with anyone who hears it.

“Gosh, I just, I love the dynamics of the song, and this is just a really powerful song for me, and I'm always so excited to sing it,” said Maria Zepeda, the singer and songwriter of the song “Road.”

The song is one of 12 on the album “Through Seasons of Sorrow,” by the local Missoula group Emzee & Silas. "Emzee" is Zepeda, a songwriter, singer, guitarist, who found solace, vulnerability and empowerment with this album that explores themes like her personal battle with depression.

Zepeda has been creating music for as long as she can remember. The Missoula-born artist began pursuing her passion about eight years ago, and met her musical partner, Silas Smith, seven years ago. “Through Seasons of Sorrow” is their first full album.

Zepeda said “Road” is her favorite song in the album because it has so much depth to it and it helped her to learn to let go and find comfort in the dark sides of life.

In the first three stanzas of the song, Zepeda ends with “if it’s gone,” then “when it’s gone,” and “now it’s gone.” She ponders choices and consequences and the madness inside our minds. Then the last part of the song her voice takes on a new tone and she repeats the phrase, “giving new noise to the void,” before ending on, “going into the darkness takes everything I have left.”

She said she wrote the last part of the song much later than the rest of it.

“It was just kind of in the height of the pandemic and just this chaos that we were living in, and I remember needing another piece to the song,” Zepeda said.

She sat down to write the rest of the song and just looked at this piece of art she’d made a few years before hanging on her wall.

“I had taken magazine clippings and cut them up and made poetry out of it, and I just remember seeing that and just that reflection coming through,” Zepeda said. “The second part came to me as this divine channeling.”

While she said she’d describe herself as a neo-folk-soul artist, her voice wandered in and out of different genres, giving “noise to the void” so it could go wherever it needed to. And then the last verse before the song fades is of accepting the darkness. She said there’s so much hype around themes of love and light and goodness nowadays.

She said for a long time it was difficult for her to acknowledge, let alone share, her darkness. She thought people only wanted to hear happy songs. It took her growing and learning more about herself to realize there was power in being vulnerable.

“I am OK for the world to know this is the inner workings of Maria,” Zepeda said.

She hopes others will hear her album and know it’s okay to be vulnerable too.

“It's OK to exist as you are in whatever capacity it is, and the more vulnerable that you are, the more that you open the door to greater feeling for not only yourself but the world around you,” she said.

Before this, the only other album that Zepeda and Smith have released was a four-song album they played live at a KBGA fundraiser in 2018. They have done lots of live performances though and even were part of a larger group called Why We Came West, but it was disbanded.

Zepeda started writing the album in 2019 and recording in 2020, she’d originally planned to record and release a single each month in 2020, but the pandemic made that difficult. Still Emzee & Silas managed to pull together and entire album to release in 2021.

While COVID-19 didn’t stop them from producing an album, it did throw a bit of a wrench in their plans. In October 2020, she got the virus and wasn’t able to produce a song. It was terrifying to contract a lung disease, when her music depends on lung capacity.

“I'm still dealing with the lack of capacity that my lungs can take in,” Zepeda said. “So, (I'm) really working on a lot of breathing techniques to return to my full capacity. I have really strong lungs. But COVID really took it out of me.”

Apart from Smith on guitar, Zepeda said John Sporman played bass, Joshua Chai  played drums, Milan House was on keys, Naomi Siegel on trombone, Marit Olson on violin and Callie Morris harmonized with Zepeda in the song “Flower.” Matt Olson was the producer and sound engineer for the album with Attack & Release Sound Studio and Blake Bickel mastered it with Dynamic Sound Services.

Zepeda said it was like breathing fresh air again to release an album and she already has plans in the works for the future. But she’d love to get to a point where music can support her financially and not just be an expensive hobby. So, she started a GoFundMe.

Following the haunting beauty of “Road” is “Flower.” It’s an empowering song with an upbeat melody.

“Started at the edge of a perfect flower. I am love. I am power.”

To have this song following “Road” is a perfect contradiction for Zepeda. It’s uplifting and brimming with her love of advocacy. The lyrics tell you to listen to your intuition, to get up when you fall and to risk everything.

“I love that it follows just this heavy journey of ‘Road’ into this field of flowers,” Zepeda said, “of ‘I'm gonna be OK.’”

Emzee & Silas' album, "Through Seasons of Sorrow," is available on iTunes, Spotify and Bandcamp.

7 Missoulians you should know if you're a guitar player