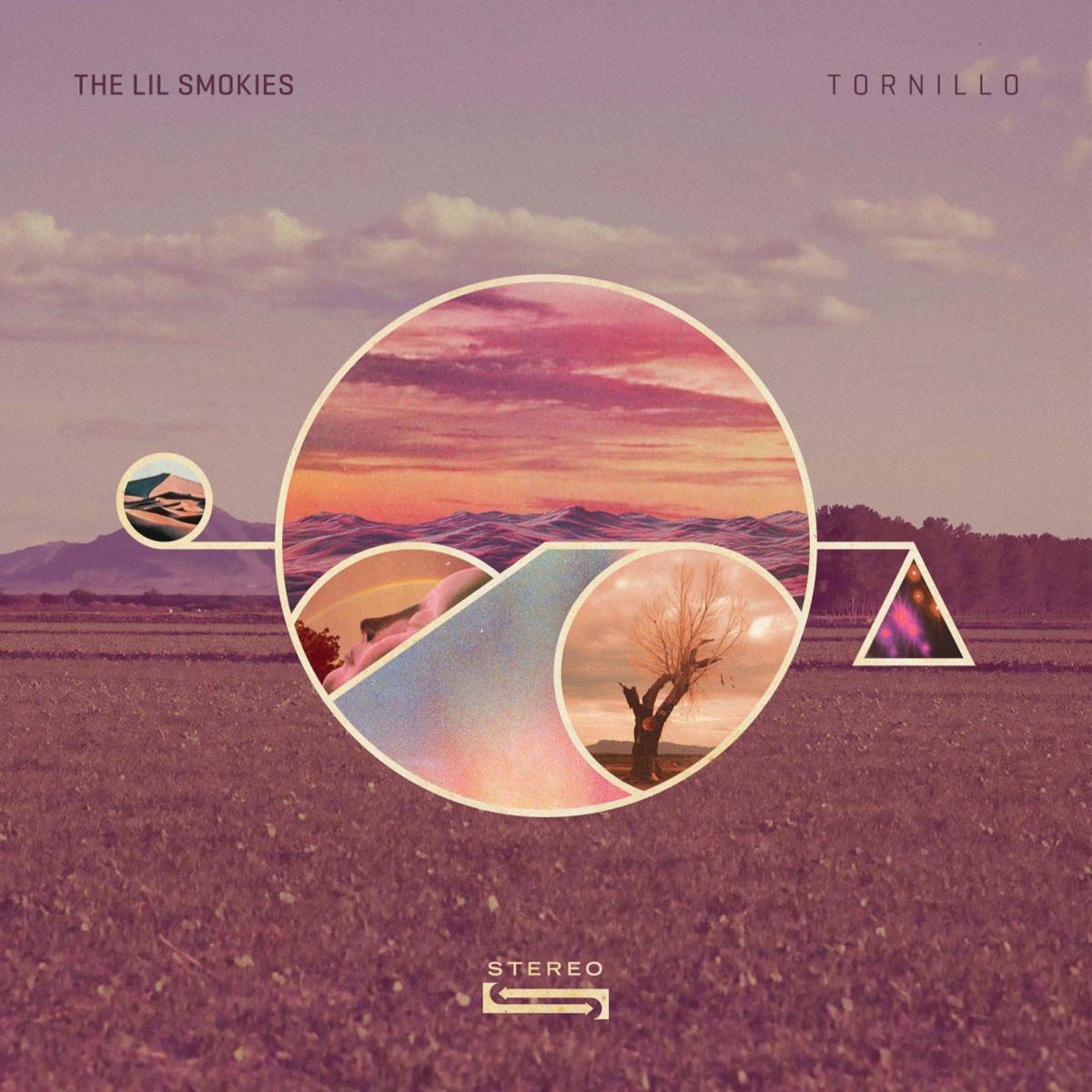 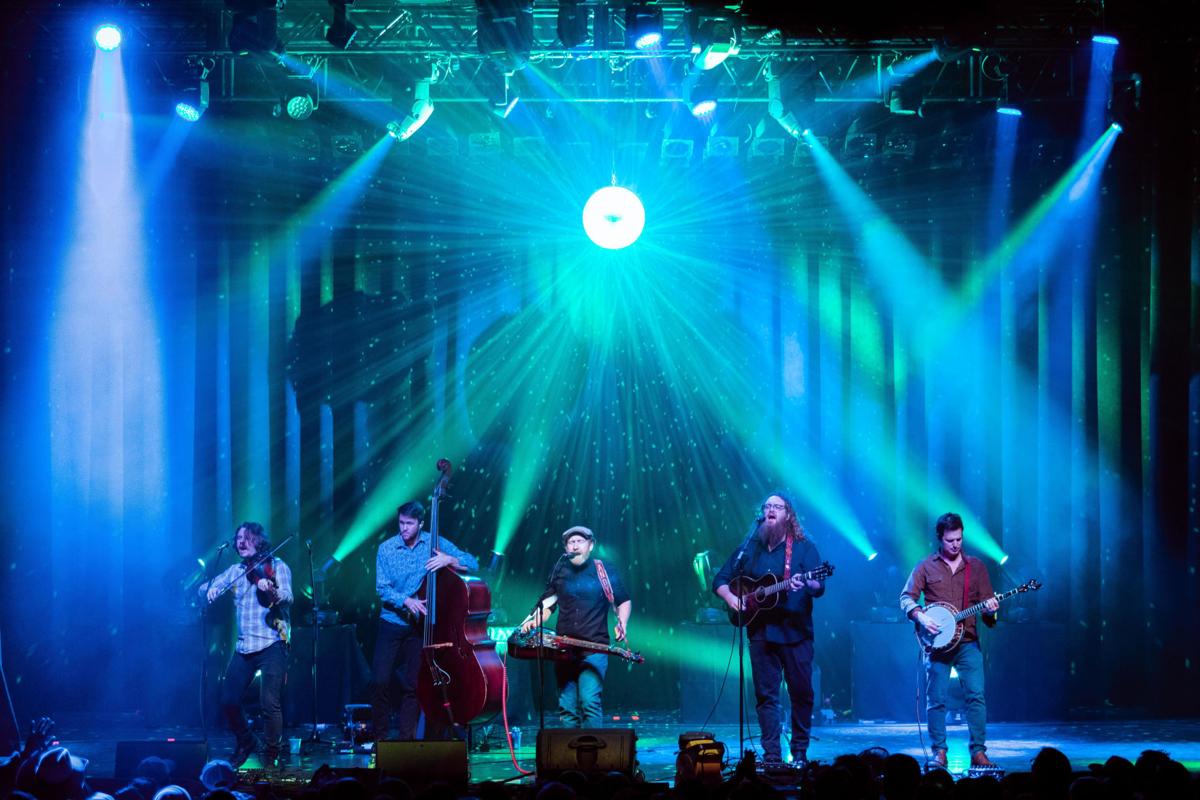 The Lil Smokies, seen here in on New Year's Eve 2018, will be back on the Wilma stage on the 31st with a new album, "Tornillo," out soon.

The Lil Smokies, seen here in on New Year's Eve 2018, will be back on the Wilma stage on the 31st with a new album, "Tornillo," out soon.

Piano. Baritone guitar. Synthesizer? These aren't normally instruments one would expect on a bluegrass album, but Missoula-born string band Lil Smokies wove them into their new studio album, "Tornillo."

Those experiments — a surprising but not overwhelming addition to their energetic, harmonies-and-hooks approach to progressive acoustic music — were cut during a 10-day recording session last year.

After playing upward of 150 gigs in a year, Andy Dunnigan, their lead singer and dobro player, said "we were all a little burnt out, and that was the first time that happened for me, where music sort of lost its jest for a bit."

They sought out a studio where they could stay on site in relative seclusion. They chose the rustic Sonic Ranch in Tornillo, not far from El Paso, Texas where Bon Iver ("i, i") and Big Thief ("Two Hands") recorded well-received releases from 2019.

"Sonic Ranch and 'Tornillo' really brought us together and it really comes out in the music, so that was really special to witness, you know, coming from kind of a burn-out to a flower again," Dunnigan said.

The routine? They could stay in their own rooms on a 2,300-acre property, for one. "We'd wake up, have huevos, go on a jog around the pecan orchard" and then work with Bill Reynolds, a producer-engineer who played bass with Band of Horses and recorded the Avett Brothers.

"As soon as we got in there, it was like an overarching psychedelic feeling, and … as we settled in, it was just so mellow," he said, and in some ways it "brought us all back to life, and I think that's kind of the ethos of the album."

First, a short history of the band. After forming 10 years ago in Missoula, they worked their way toward full-time out-of-state touring, a difficult feat for Montana bands to pull off. By 2015, they won the band competition at Telluride Bluegrass Festival. The next year, they were named Band of the Year at the International Bluegrass Music Association's Momentum Awards.

Earlier this year, they released a live record, "Live at the Bluebird," from a Colorado gig, and opened for Greensky Bluegrass at Red Rocks, the famed outdoor amphitheater.

In contrast to "Bluebird," "Tornillo" is designed as a songwriting-centric studio album, with 11 tracks in about 45 minutes. Yes, there are plenty of solos and the band's well-honed interplay, but they wanted something that's "cleaner and tighter" than a live record.

"If you're a jam band, people want to hear your live show, and yeah, we are a live band, for sure, but I don't know, I really like the studio albums and I like having the crafted three-and-a-half-, four-minute songs," he said.

The band split up the arranging and the songwriting: Dunnigan wrote seven songs, and Rieger contributed three, and Simpson one, with each taking lead vocals.

Dunnigan's "World's on Fire," overlays thoughts about relationships, communication with an ominous backdrop, ending in a cappella harmonies and synth washes. Reiger contributed folky songs and "Blood Money," an uptempo political number that closes out with a psych solo and arrangement.

Dunnigan's "Fortunes," and "Giant" allude to life on the road. The latter was written after watching documentaries about entertainers who were suffering in private, Robin Williams and Andre the Giant, a feeling that performers of all kinds experience, musicians included.

"Everyone is kind of going through their own trip but they all kind of coalesce on stage, and it can be a very beautiful moment of transcendence for everyone, to unify and have two hours where you're not thinking about it, or it can be kind of a nightmare. Yeah, it can be hard, but it's the ups and downs of the road," he said.

Out at Sonic Ranch, they had the luxury of free time to play around in a studio tricked out with a lot of gear. Working with Reynolds, they had more autonomy than they have in the past. The songs were mostly written already, and he gave his feedback on their explorations.

"If we were kind of going overboard with some sound effects or the synth was just too obtuse he would kind of pull the reins back in," Dunnigan said.

He was aiming for synthesizers of the droning, dramatic type you'll hear on Springsteen's "The Ghost of Tom Joad," or old Sting records, or most any song pulled up at random from the War on Drugs' catalog, that show up on numerous tracks, including an early one, "Carry Me."

"I always had that in the back of my head, like I wonder how that would feel on some of these tunes," he said.

He doesn't think a string band should be limited to acoustics-only instruments, wasn't too concerned that the contemporary sounds would alienate any traditionalists, of which there are many in bluegrass circles.

"If this was like three to five years ago, well, we wouldn't have even done it. We wouldn't have thought to do have done it," he said. Back then, they were "much more minded toward the purists and the staunch bluegrass aficionados."

They're not the only ones with this line of thinking: he cited tour-mates or colleagues like Greensky Bluegrass or Billy Strings, who pull from psych rock, heavy metal and more.

"There's so much good music happening and I think the genre is really starting to blossom into all sorts of different avenues," he said.

In contrast to previous albums, they kept nearly three-quarters of the songs off their set list before recording, and now they'll probably evolve on stage.

"There's one you had in mind before you went into the studio, and then they're like shapeshifters after you play 'em for a while. Maybe that's out of boredom, or they just take shape after awhile," he said.

When they play here in Missoula, many of them will be fresh and as-of-yet unreleased. They might try to get a grand piano on stage at the Wilma  — he and Rev worked on the arrangement for the title track, a keys-based ballad that starts out a la Elton John.

How about those synth sounds?

"That's a hot topic for discussion right now," he said. The short answer is "yes," but they're still discussing how — whether they use small keyboards as the mood strikes or experiment with running their stringed instruments through synth guitar pedals ("which are strikingly accurate sounding these days").

They have a triple-header at the Great Northern in Whitefish, Dunnigan's hometown, followed up by New Year's Eve at the Wilma.

The Lil Smokies are playing shows in Missoula and Whitefish this month.

Lil Smokies' new album, "Tornillo," will be released on Jan. 24.