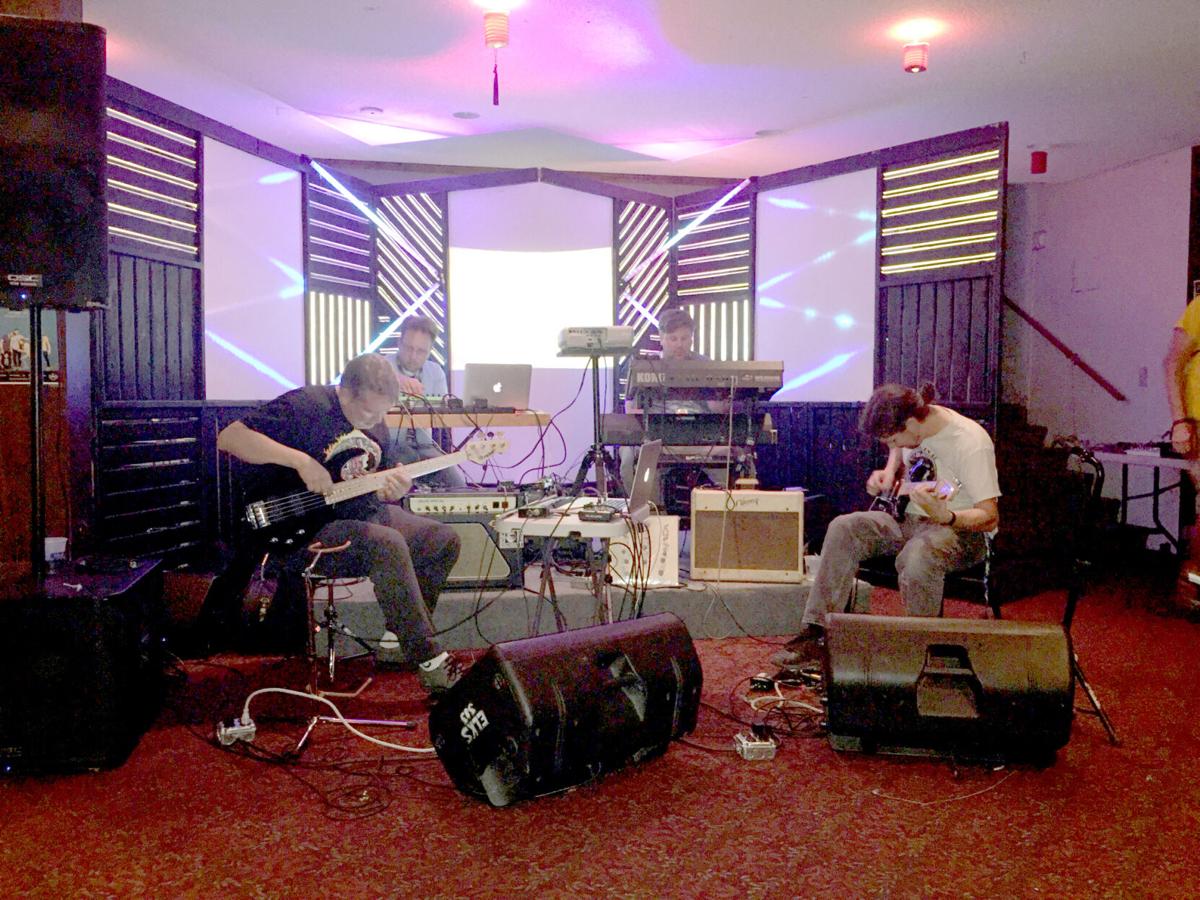 Modality performs at the DAT Music Conference in Missoula in 2016. 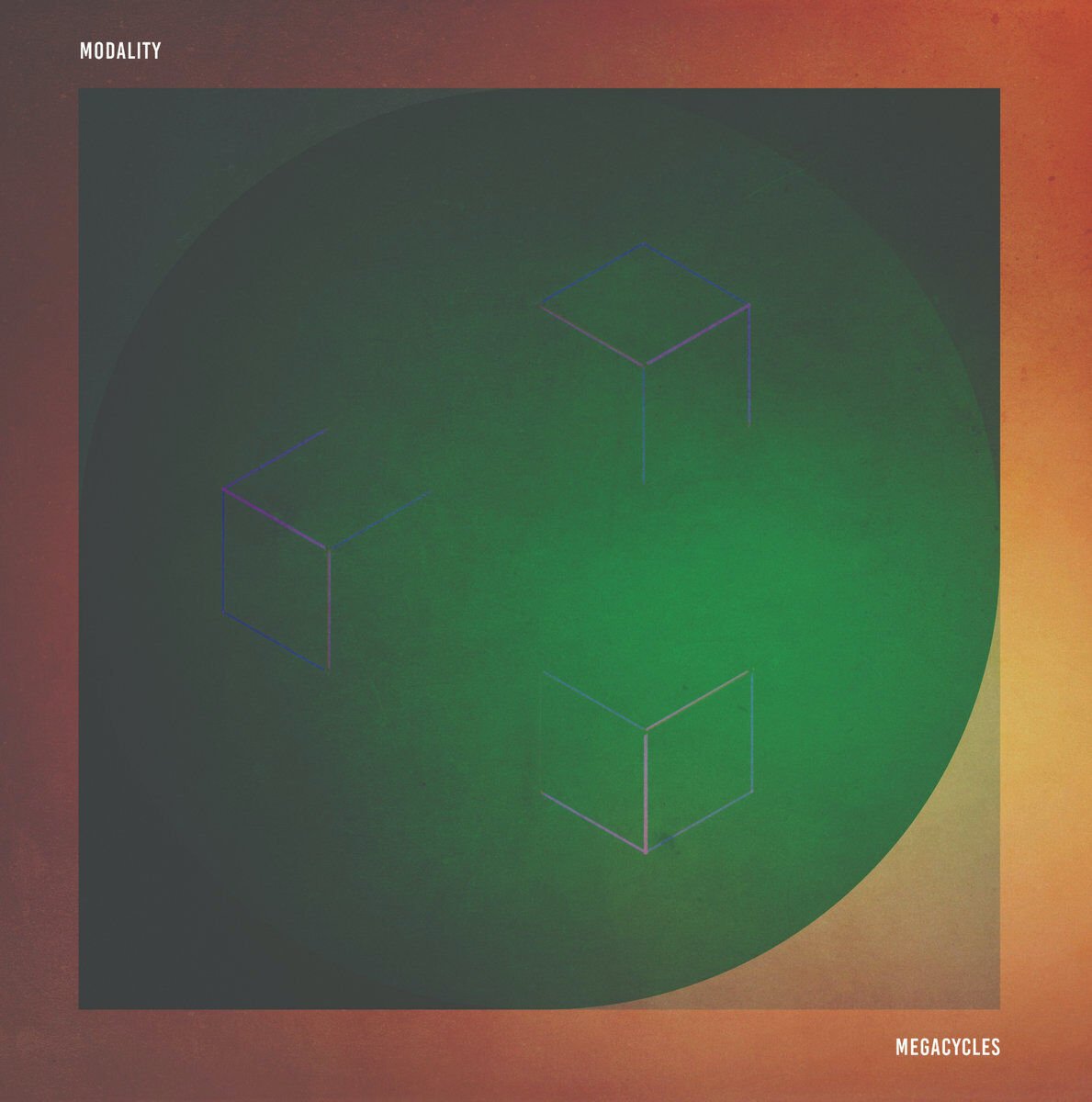 Modality performs at the DAT Music Conference in Missoula in 2016.

Electronic improv band Modality embarks on a travelogue on “Megacycles,” a new full-length album in which their instrumental drones, synths, beats and soundscapes sketch out the American West, Saharan guitar rock and spacier moods.

Now 11 years old, the band’s line-up is solidified but dispersed: members live in three different cities, two separate states and rehearse online. Here in Missoula, Jay Bruns handles electronics and Ben Weiss plays keyboards and provides some vocals. Guitarist Clark Grant lives in Butte, and Charles Nichols, who can be heard on violin, bass and some computer work, moved to Blacksburg, Virginia, to teach music after the group formed in Missoula.

For this album, they recorded four tracks in person in Butte’s Len Waters Music Center. One, “Eye of the Beholder,” was a hybrid of separate online recordings with various members contributing in different sessions and in post. Two others contributed to the record. Eric Grant’s harmonica adds extra dusty authenticity to “Del Monte Slim,” where Ennio Morricone’s vision of the West. In Modality’s interpretation, slide guitar joins glitchy drums and synth. Michael McDaniel, who drummed for drone-metal band Earth, lent his percussion to "Rodinia."

If you’ve processed all that, it’s a way of saying that sometimes on “Megacycles,” Modality sounds like a band, and at other times, it could be the work of a producer, an impression that can change over the course of a single track. At points, Nichols’ violin is clearly audible, other times you’re not sure if he’s processed it to blend in with synths. Same with the others’ contributions. If you stumbled across the album online and queued it up, that might be more than you need to know, but it’s very unusual for a western Montana band. It’s even more rare that they’ve stayed together and continued fine-tuning a sound that’s fairly recognizable as they move through different genres.

Skimming back through their catalog on BandCamp, the gear and production level keeps getting better with time.

Their ambitions get higher, too. Shorter tracks populate the very first releases, with a lower-fi loops-and-keys sound. By 2014’s “Under the Shadow of this Red Rock,” three tracks come in around 20 minutes with dynamic shifts in mood and don’t sound lo-fi at all. They can be thought of as jams, but instead of extended drum solos you might hear drifts into different kinds of ambience or noise.

“Megacycles” continues the growth but the tracks are more concise without cutting out the changes of scenery. “Shores of the Golden Beyond” opens with drones and a huge-sounding, distorted guitar chord and violin filigrees before a retro-sounding electronics-augmented beat ratchets into place, and Grant and Nichols trade off a descending melodic line.

“Eye of the Beholder” the longest piece at 12 minutes, is an ambient piece — no drums, that ebbs through different textures, with higher-pitched lines sliding in and out of view over a consistent flow of synths.

“Rodinia,” named after a Protozoic super-continent, sees them giving their own spin on Saharan guitar rock, with chanted, distorted vocals and an electronically treated drum beat.

“Nongoma” ends it on a quiet note — with more pronounced violin and a subdued rhythm. “Megacycles” is another impressive and thoughtfully arranged album, arriving at a time when a deep dive into sound and away from information is more welcome than ever.

Modality's new album, "Megacycles," is available digitally at Modality.bandcamp.com and on vinyl at local shops.

7 Missoulians you should know if you're a guitar player