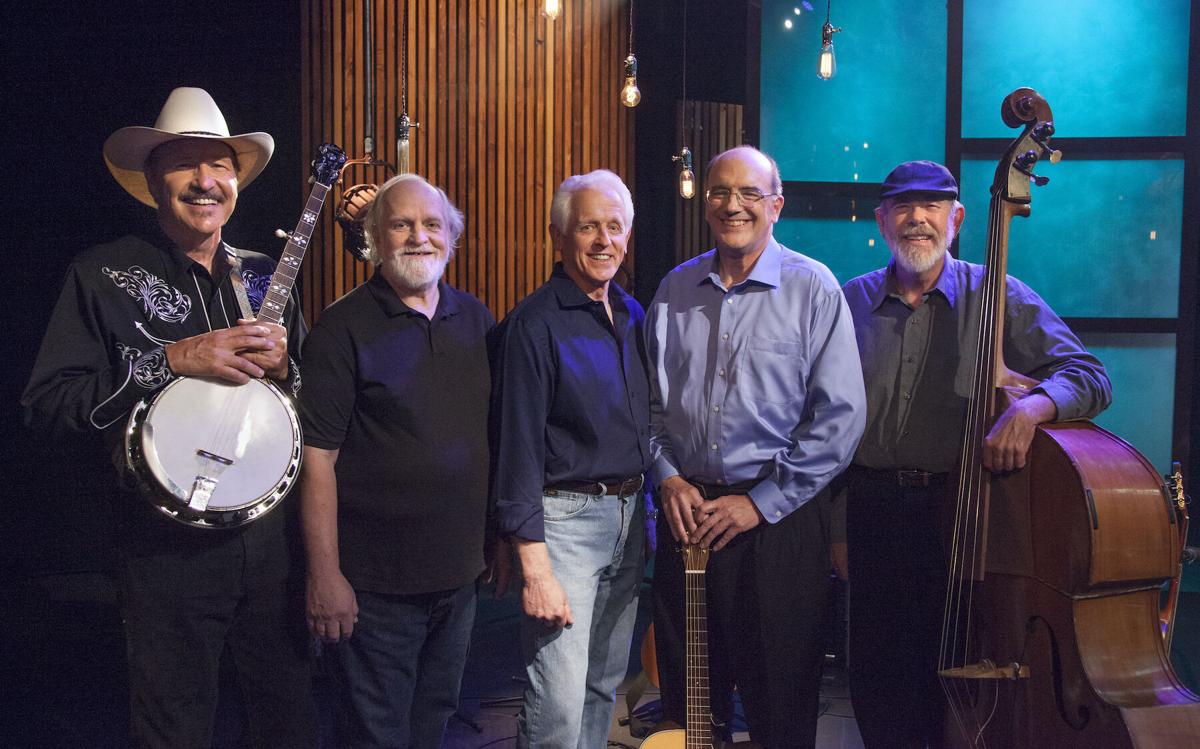 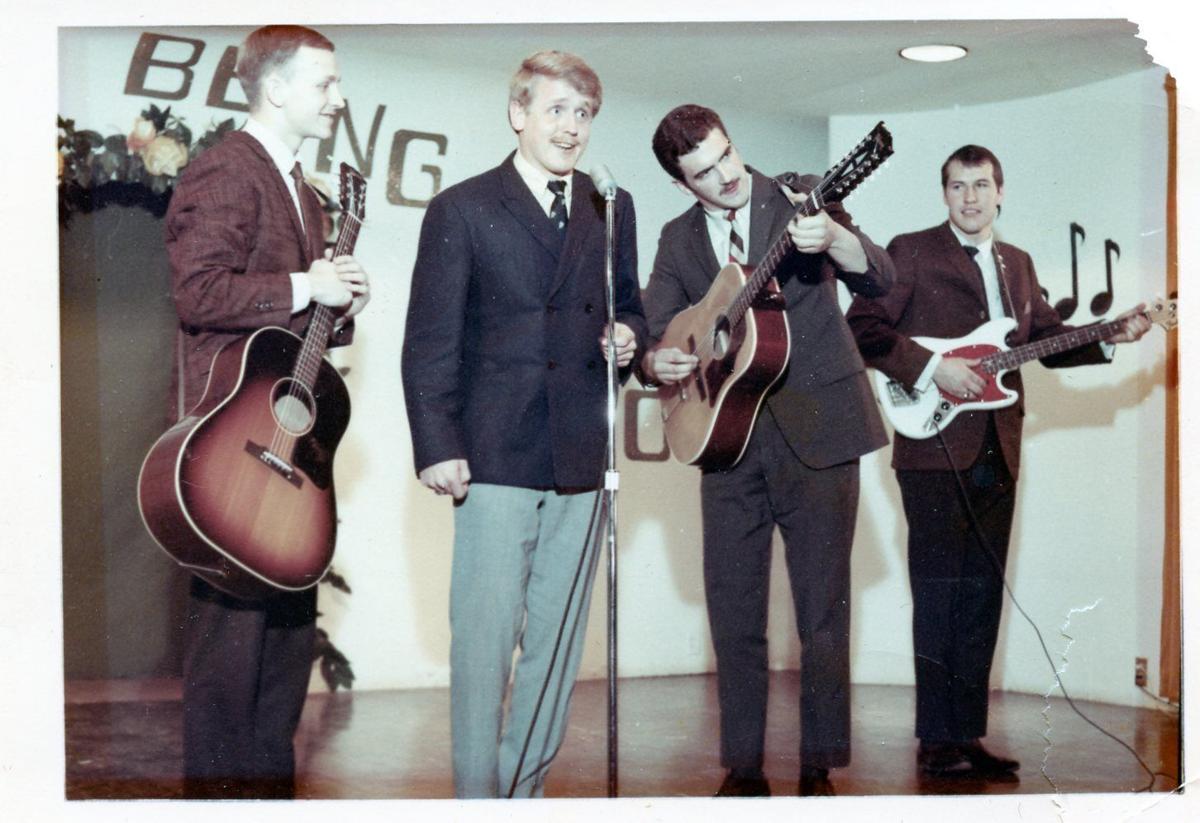 The Singers are seen here back in 1967. From left to right, Gary Funk, Don Collins, Donald MacDonald and Rob Quist.

The Singers are seen here back in 1967. From left to right, Gary Funk, Don Collins, Donald MacDonald and Rob Quist.

Music is a very precious practice. So, too, is friendship.

All these years later, the New Big Sky Singers are still giving their full attention and care to both. Indeed, it was about 1963 when founding members Don Collins and Donald MacDonald first formed the group while sophomores at Missoula County High School. From 1966-68, the pair of Dons along with fellow University of Montana students Rob Quist and Gary Funk initially performed as the New Big Sky Singers.

Upon their graduations, the men embarked on divergent, successful life paths: Quist as an independent musician and a component of several bands, perhaps most prominently, the Mission Mountain Wood Band, Funk earned a Ph.D. in music and was the choral director at UM; Collins co-founded the Missoula Children’s Theatre in 1970 and then headed to Seattle where he was a lead baritone for the Seattle Opera for many years; MacDonald ended up in Alaska and retired as a judge.

Although they have sauntered their own separate paths, the foursome found the time to intermittently re-establish New Big Sky Singers, launching once again in the late 1990s, releasing their first recording in 1999. Now, in commemoration of the sentimentality of milestone, the quartet has released a new piece of work as a means of both glancing back and ramming ahead.

In body, tongue and mind, “50 Years Ago Today!” holds in perfect oneness. Boasting a wide range of covers and a sprinkling of originals, the 15 songs spread appetizingly across multiple genres.

“We weren’t satisfied sticking with just one particular genre and I think that you will find that reflected on the album,” said MacDonald. “I think that’s one of the things that make it unique. Additionally, we all sing lead. This album is very different than most. We are not simply a one genre band, and there isn’t just one single lead singer. Here, we’ve got four lead singers. We also have some really good backups. We worked at a good studio in Bozeman called Jereco Studios. At age our ages, we weren’t scrambling for time, and we weren’t worrying about putting in the hours, and we hit a lot of different genres. It’d been delayed and delayed. We wanted to release it and do a tour and get after it. But after COVID hit, it was ridiculous to release it at the beginning of 2020. Well, since it’s going to be here for a while, we figured, well, let’s just get it out.”

From brand new tunes such as “Play Me Something Good” and “50 Years Ago Today!” to recognizable modern compositions and covers of stout Steve Earle (“City of Immigrants”), Bob Dylan (“Don’t Think Twice”) creations, the record fulfills its stated goal of delivering the grasshopper-like hopping of diversity. The new harmonies are clean and pleasing; older, familiar songs, like seeds, sprout fresh and green, and the guys know how to water them.

“We’ve included 'Don’t Think Twice' because we have so admired Bob Dylan, and we wanted to include at least one song by him. There is 'A Crazy Little Thing Called Love' version to honor Freddie Mercury. 'Old Me Better' is a newer Keb’ Mo’ tune. We found it particularly important to include Steve Earle’s 'City of Immigrants,' a song about rejoicing in the diversity of immigrants in the city, which features excellent percussion work. It’s a song about celebrating the coming together of different musical cultures. Personally, I think of New Orleans, and the blends of cultures and races there combining to make something new and interesting, musically.”

Indeed, one of the record’s most flexing strengths is that the group treats all music equally. They embrace all sorts of sound, and are confident in their belief that they could collectively execute any genre.

“We hate to be pigeonholed, and we know that all of the record producers do not like it if you step out of one genre. They want to label us as a folk group or as a Celtic group, and that’s always infuriated us. Why be trapped in one particular genre? There is a world of music out there. Why not be a real musician? On the new album it’s not just one country song, or one of the same kind of song after the other. Rob’s opener is a country tune, '50 Years Ago Today!,' and then that second one is a classic, 'Going Out of My Head.' We’ve got rock and blues and some beautiful ballads, even an Irish tune called 'Go Lassie Go.' In terms of marketing, if someone is looking for a sound that is the very same all the way through, this is not for them.”

Indeed, throughout the full span of the recording it’s easily interpretable that the men practice the precepts of music seriously at all times; this respect contributes to a polished production that hints at the precious fruit of mature insight and the incense of the full-grown heart.

Songs shine with the light of clarity, like the fresh, full moon that soars across the immense sky, punctuated by vocals that are reflected perfectly, the steady flowing river of musical voices that are truly calm, lucid, and professional. “Throwback” is how MacDonald describes the depth and extent of synchronization.

“You are going to hear real men’s voices singing harmonies. It’s not some puny boy band harmony. We like to think that this recording is a throwback to an older style of male harmony bands. We sing a number of different chords, from jazz to folk, and we did the best that we could.”

The New Big Sky Singers album, "50 Years Ago Today!" is available at Rockin' Rudy's (rockinrudys.com/shop/), The M Store downtown and the University of Montana Bookstore.