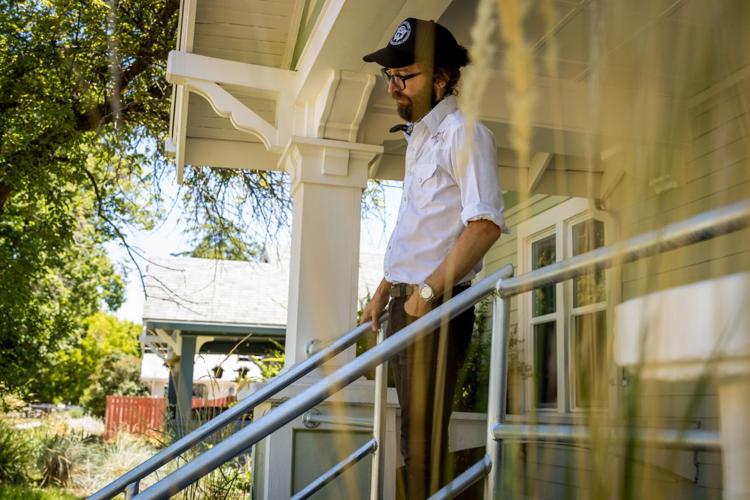 Jesse Phillips of the soul band St. Paul and the Broken Bones moved back to Montana. He came of age in Eureka, found success in Alabama, and now lives in Missoula. 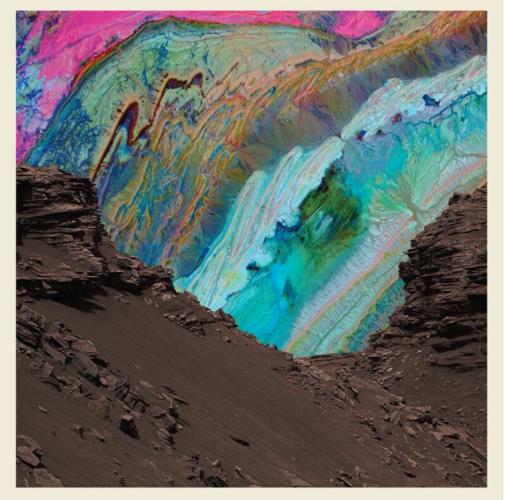 Jesse Phillips of the soul band St. Paul and the Broken Bones moved back to Montana. He came of age in Eureka, found success in Alabama, and now lives in Missoula.

And as one of the founding members of the soulful, experimental St. Paul and The Broken Bones, his musical identity is growing stronger, much of it influenced by a small town in western Montana only a few miles shy of the U.S.-Canada border.

With a population approximately 1,400, an isolated place such as Eureka poses a set of challenges to the musically inclined; though these could hardly be considered insurmountable, as Phillips exemplifies.

“There's probably no reason to pass through Eureka during the course of normal affairs,” Phillips said. “Eureka is not particularly close to anything — the last stop to Canada. So, you really had to be motivated to chase the sort of access to culture that wasn't just around you. Being nowhere near a big city, you didn't even really have access to a music scene to speak of, an original music scene of any kind.”

Both parents were avid music aficionados and instruments were accessible, encouraged: a guitar propped against the chaise lounge; a fiddle slanted on the kitchen countertop; keyboards pressed against the living room wall.

“We always had tons of recorded music around. They were mostly into classic country, outlaw country. I kind of resented it when I was young, but as I got older, I learned to appreciate a lot more outlaw country, George Strait, and that kind of stuff.”

The Phillips family eventually settled about 15 miles north of the Montana line — a small ranching community with little else other than a gas station and a post office called Grasmere — before Jesse attended junior high school and high school in Eureka.

“There was a little country school when I was growing up there in Grasmere that’s now closed,” Phillips said.

For sixth grade, Phillips could have either attended junior high school in one of the bigger towns in the British Columbia province or selected Eureka in the states.

“Eureka was actually closer to where my parents lived,” Phillips said.

Phillips, a self-described “pretty dedicated band nerd,” started playing the guitar when he was a freshman at Eureka High School. He played in various bands throughout his years there, fluid, amorphous configurations dependent upon who was or wasn’t graduating or where one of the contributor’s interests fell.

“There were opportunities here and there to play,” Phillips said. “Whether it was the junior prom or the junior high dance ... Occasionally, they have a little street trestle up there called Rendezvous Days, things like that … It was a classic example of tinkering with a bunch of things and different concepts, keyboards, guitars, basses, and other stringed instruments, some wind instruments and that kind of stuff. I was in high school at sort of the height of the grunge era. So it was pretty easy to be banging out popular Nirvana songs pretty quick.”

In addition to his parents, there were a number of other people he knew in the Eureka area who were supportive of the arts, Phillips said. One of his most influential mentors was a public school music teacher named Michael Atherton, who taught him beginning at the sixth grade level and all throughout high school. Going far beyond music magazines, his parents’ recordings, and the occasional trip to the record store, Atherton deepened Phillips' awareness of the scope and range and sensibilities of music.

“I had him for everything,” Phillips said. “He taught band and choir and guitar classes. Over the years I got more involved in music and more interested in music, and I was kind of inspired by his example. And I kind of decided initially to pursue that (teaching music) as a career path (because of Michael).

“A mentor in the pre-Internet age was probably so important. Michael had grown up around D.C., and played music over in New England, before he moved out west, and had played in a number of different kind of groups, like folk leaning groups. … He had been to Woodstock and seen Jimi Hendrix, and all this stuff was just patently unimaginable for somebody growing up in a place as remote as Grasmere or Eureka.”

Soon enough Phillips graduated and left Eureka to pursue a degree in music in New Orleans, where he found it a struggle to concentrate in the classroom when the pulsing, dynamic immediacy of live music surrounded him in the Crescent City.

“In New Orleans, you can see some of the most bad-ass players and musicians just in any venue you walk into, from tourist cover bars on Bourbon Street, to a little dive further tucked back in some neighborhood, all the way to the master jazz clubs.”

Consequently, his true schooling took place in the clubs as much as it did on the campus, though he managed to graduate with a music degree; he then decamped to Alabama in 2006, sold musical instruments at a store in Birmingham, and sought to mesh creatively with his peers.

“I got asked to sub into a band that needed a bass player for some kind of thing they were doing, even though I wasn't really a self-identified bass player. The singer was Paul Janeway, who mostly sung in the church, and who was exposed to church music. I think this was kind of the first secular music group that he'd ever been in. I went to being a more permanent member of that group, and we made some recordings and stuff, but it never really went anywhere (and the group disbanded). We sort of just became best pals.”

Phillips and Janeway tightly bonded around music and culture; Paul’s silky-edged voice had a power and beauty that Jesse greatly admired. There was a strong old-time gospel feel woven in there. They wrote and arranged songs and recorded a bundle of them “for the fun of it,” Phillips said.

“And we ended up making a four-song EP under the title St. Paul and the Broken Bones, and we finished that in 2012.”

Since then, the group’s art has blossomed, and the interest in their eight-piece soul band has blossomed, too. Janeway sings with surprising gospel fervor and the rollicking support from Phillips and his bandmates transforms customary rhythm-and-blues numbers into a string of definite fantasy adventures. Recent material is much bluesier than the original pop efforts, with Janeway more willing to gamble on his own funky style.

In terms of glaring milestones, a most unexpectedly memorable one transpired after the band had played its set at the Coachella Valley Music and Arts Festival, in California, in 2015.

“This guy comes up to Paul and says something about, ‘hey, man, I really enjoy what you guys do.’ ‘How would you feel about opening for the Rolling Stones?’ Our attitude was, ‘yeah, sure, just give us a call, and we'll see if we can make that happen.’ But the guy turned out to be doing Stones tours, and we got that call. The first two shows were in Atlanta and Buffalo in 2015, and the other was in Chicago in 2019. Very imprinted in my memory!”

Reflecting on the entity’s newest release, “The Alien Coast,” Phillips acknowledges that the guys are not afraid to get weird, change moods, shake up their themes, or just be experimental.

“It's not fun to repeat yourself over and over again,” Phillips said. “Our band has grown in scope and there are a lot of musical tastes and abilities in the band, and I think we were just really interested in exploring that on 'The Alien Coast.' Rather than trying to force the songs to fit into a specific aesthetic that was more akin to what we’ve done on other previous records, we were willing to let things fly this time, and to see where they would land, and where they would feel good.”

Indeed, it all feels good to Phillips right now, who, despite the freedom to settle or run away to anywhere that his temptations or impulses lead him, eventually returned to Montana and made Missoula his home in 2019.

“You take everything for granted when you're growing up,” Phillips said. “Missoula is big enough that I have access to all the sort of city things that I like and need, but small enough to be very navigable. When I get off the airplane in Montana, I immediately feel like a calmer, less anxious, and more at peace person. There's just no substitute for that.”

Brian D’Ambrosio is a journalist and licensed private investigator. His next book, “Montana Eccentrics,” will be released in the spring. He may be reached at dambrosiobrian@hotmail.com