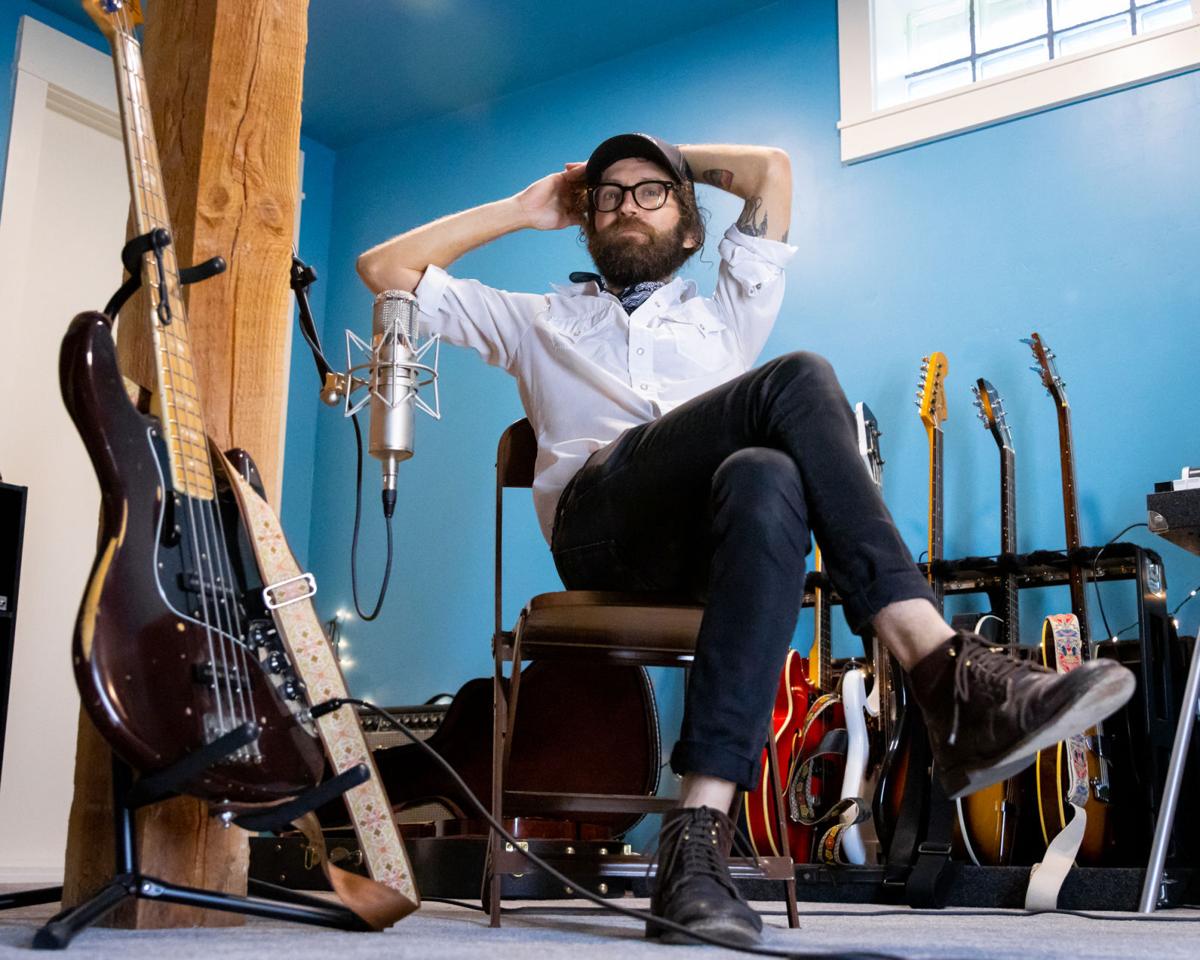 Jesse Phillips, the bass player for St. Paul and the Broken Bones, is pictured in his basement studio at his home in Missoula on June 30. 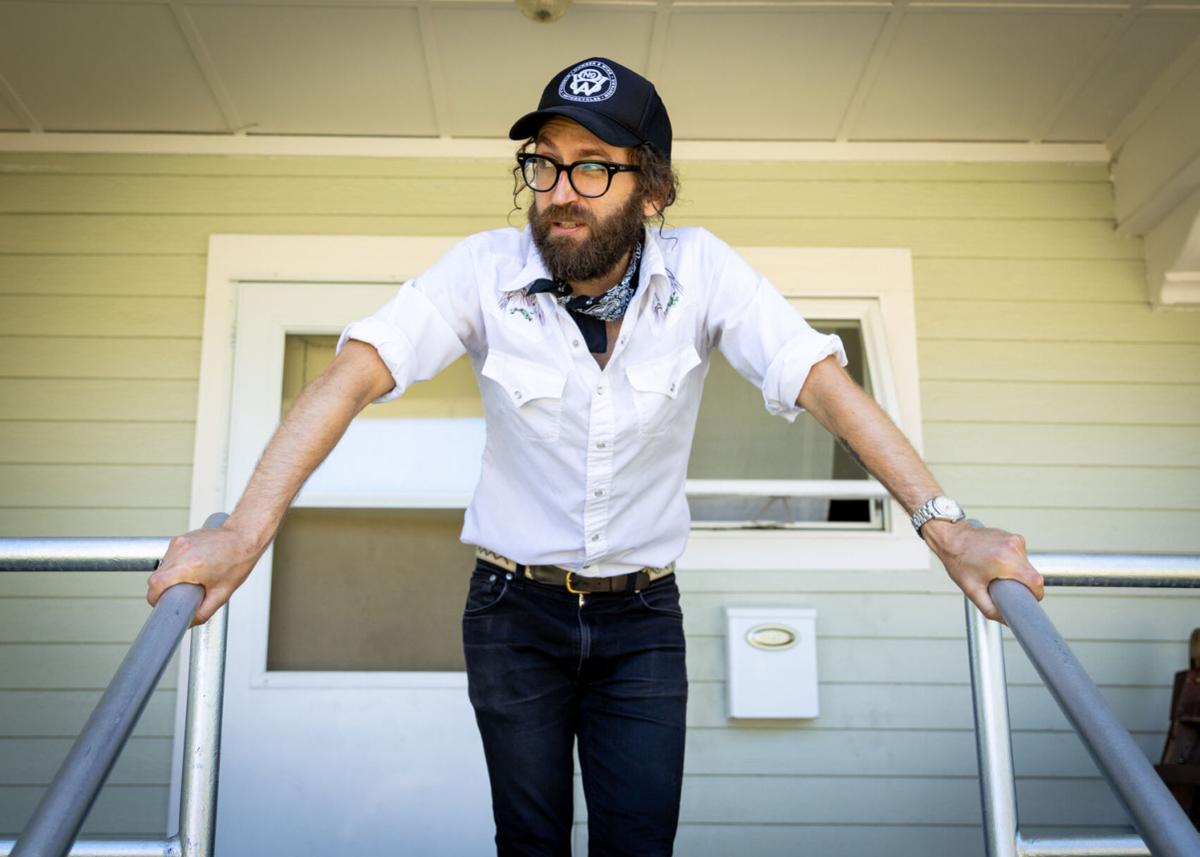 Phillips spent most of the pandemic here in western Montana where he grew up. 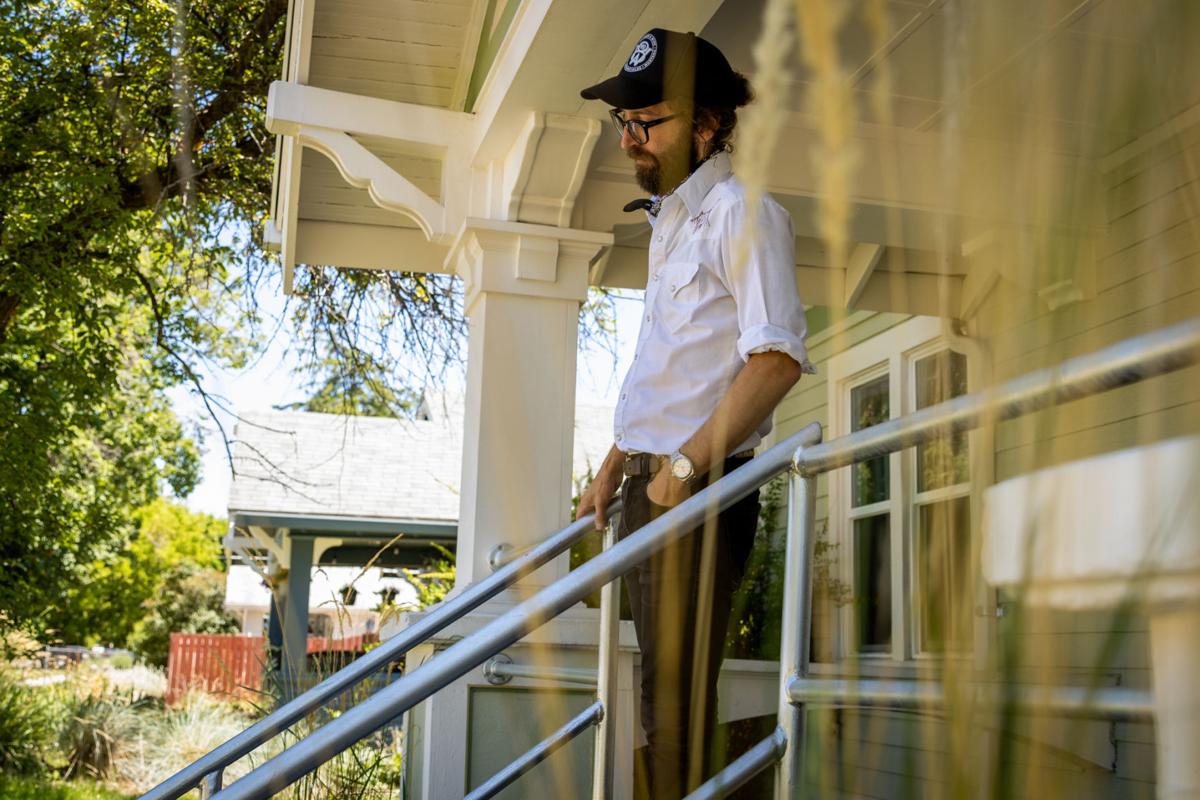 After growing up in Eureka, for many years, Phillips said he later learned to appreciate the natural beauty of his home state.

Jesse Phillips, the bass player for St. Paul and the Broken Bones, is pictured in his basement studio at his home in Missoula on June 30.

Phillips spent most of the pandemic here in western Montana where he grew up.

After growing up in Eureka, for many years, Phillips said he later learned to appreciate the natural beauty of his home state.

For Jessie Phillips, the warm months mean he’s not at home — he’s on tour with St. Paul and the Broken Bones, the soul band he helped start in Birmingham, Alabama.

The pandemic forced him down a different route — hiking and exploring around western Montana, recording remotely and in person, and dropping live albums and covers onto BandCamp.

This summer, though, his band is heading back out on the road into what resembles old times, granted the enthusiasm is different.

“I think people are just overly grateful now no matter which side of the stage you’re on, to have it back and have it back in any form,” he said.

“Things are starting to feel really good. And we're really grateful to be back up, and I'm super psyched to be able to play the amphitheater,” Phillips said. They’ve previously played at the Top Hat and the Wilma here in Missoula.

He spent the pandemic here in Missoula, where he moved a few years ago after about 20 years on the other side of the country.

Phillips’ mother’s side of the family lives in Lincoln County and he went to high school in Eureka. Phillips moved from Montana to Birmingham, Alabama, where he met singer Paul Janeway and formed what became their current group. That was in 2013, and the pandemic was the first real break Phillips has had in consistent touring, of upward of a hundred shows a year, since then.

Besides being closer to family and friends, he’s aged out of his youthful complaints about living in a small city in a rural state.

Not counting it as a silver lining per se, but for the past decade plus Phillips was normally out on the road and outside of Montana, during the summer. The quiet this year gave him time to explore the Bitterroots and make a trip out to the Pintlers.

“When you grow up here, you take all this stuff for granted, like the rivers and the mountains and the woods and the trails and the wildlife and all that kind of stuff,” he said. It changed after you “spend some time living in other places where that doesn’t exist.”

The band’s July 30 show in Bonner is among the largest it has in store until next year, along with festivals like Telluride Bluegrass.

“We are being pretty selective about the shows we’re playing this year,” he said.

It’s part of a period of drastic transitions for bands like his that make their money on the road.

“It does feel like there’s this nebulous period now that was pre-COVID, and then there was like the 14 or 15 or 16 months or whatever of COVID” and now a “re-emergence.”

“Especially for bands I think this year, it feels a little more like purgatory a bit … Things are getting a little more certain now, but for a while, you really had no idea how things were going to pan out,” he said.

With worries about new surges, whether people were going to get vaccinated, there were so many variables and questions, that he said “I’ve been purposely not allowing myself to be too optimistic, although it looks like things are really starting to pop off."

The group is looking at plans for the next two years, likely touring off a new album next year.

The band had begun working on a new record, a follow-up to 2018’s “Young Sick Camellia,” in early 2020, and they’re now re-entering “normal life” with two separate batches of music from drastically different circumstances.

Phillips had begun setting up a home studio in his basement, which provided a refuge for deliberate work with St. Paul or experimenting on his own.

“I’ve done a ton of just playing around with things, and just playing for fun without any kind of real goal or objective in mind and recording for fun,” whether delving back into his original pangs of being an Elliot Smith-style songwriter, or trying new things with Moog synthesizers.

The band is based out of Birmingham, Alabama, but the members are dispersed in a radius of about four or five hours, in New Orleans, Memphis and Muscle Shoals. After several weeks of lockdown last year, they all felt the urge to work and began writing without any larger goals.

Their singer, Paul Janeway, had learned that he was going to have his first child, which added to the complex emotions at the time. The other band members would send Janeway ideas and “sometimes I would get ‘em back in like a day or two, basically as fully finished songs,” Phillips said.

By late summer 2020, they had a second set of songs they felt the need to document, which was “unexpected, because we had already started a record.” They went down to record with some self-imposed testing protocols and are still discussing how they might release the two different sets of work.

“Creatively speaking, it ended up being a very productive year for the band, even though we didn't get to play shows to speak of,” he said.

“Should it pay more? Absolutely,” he said.

However, it’s preferable to when he was in college and everyone was illegally downloading. “In the age of Spotify, Apple Music and Tidal, at least things are being tracked and monetized in some fashion again.”

He sympathizes with younger artists who don’t have the huge volume of streams required to see substantial money. “It’s never gonna pay just like selling CDs, but at least it’s not straight-up piracy.”

During the pandemic, the band participated in a few BandCamp Fridays, where the music service waived its fee to help artists. “I was surprised how well it went,” he said. They went through their soundboard recordings from the past several years in search of a live release, and the mutually agreed-upon winner was a 2019 set from Wichita.

The group donated its proceeds to the Equal Justice Initiative in Montgomery, Alabama. It’s a “pay it forward” thing, he said.

“People were just really into supporting bands and supporting causes and stuff at that point, you know, realizing that a lot of our income streams had really heavily contracted,” he said.