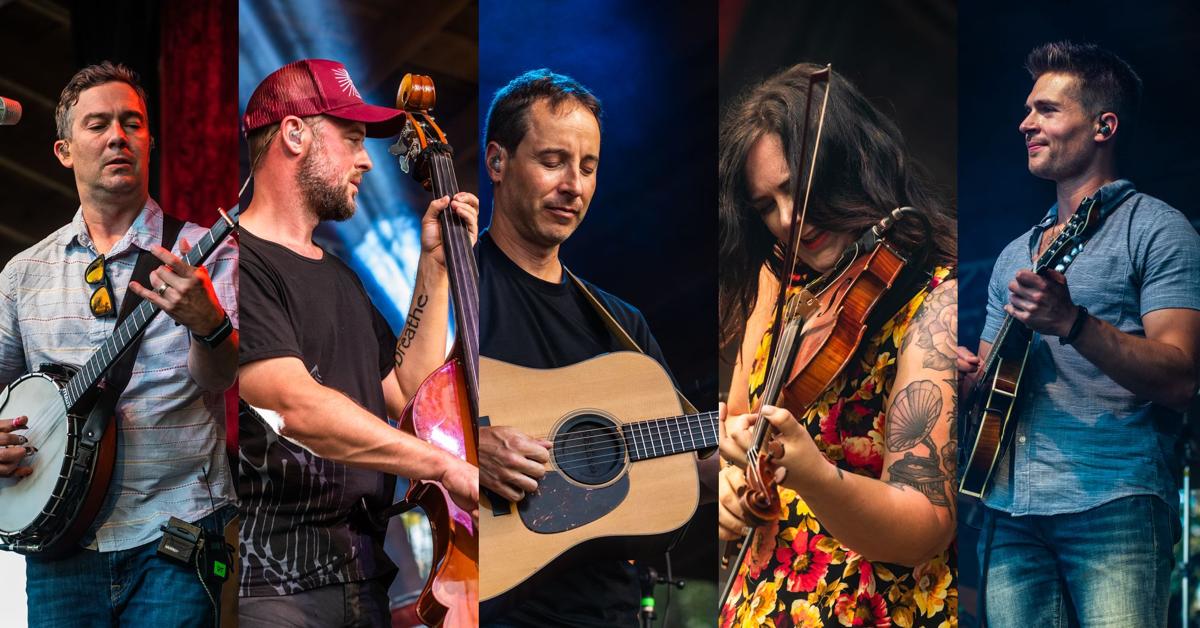 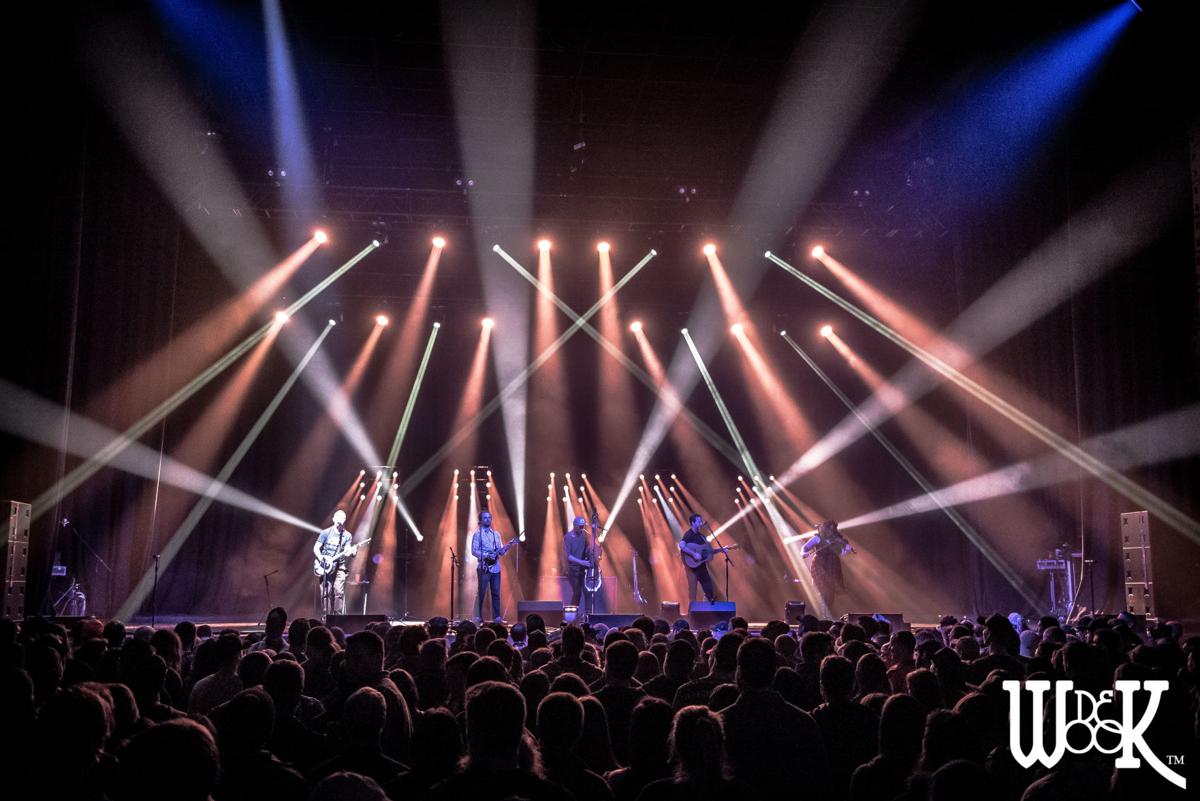 Yonder Mountain String Band performs at the Slyvee in Madison, Wisconsin, in March. The band is playing the Top Hat on Saturday, Jan. 11, which will be their second show of the year with Jacob Jolliff's replacement, Nick Piccinnini.

Yonder Mountain String Band performs at the Slyvee in Madison, Wisconsin, in March. The band is playing the Top Hat on Saturday, Jan. 11, which will be their second show of the year with Jacob Jolliff's replacement, Nick Piccinnini.

Progressive bluegrass group Yonder Mountain String Band is returning to the Top Hat with a brand new band member and a new realm of possibilities.

The band recently announced the departure of mandolin player Jacob Jolliff, who left at the end of the year to pursue his own outfit, the Jacob Jolliff Band.

“Jacob has an extraordinary musical imagination and I think he had a different idea about what he wanted out of music and we had our own imagination. We had a different idea of where we wanted to go,” said banjo player and founding member Dave Johnston in a recent phone interview, adding it’s something that developed over the last two and a half years or so.

Multi-instrumentalist Nick Piccininni will be stepping in to play the mandolin position, at least for the first two months of the new year, and Missoula will get a chance to see him in one of his first few shows of 2020 with the band at the Top Hat on Saturday, Jan. 11.

Piccininni, who is most recently a member of the band Floodwood, has played the mandolin with Yonder Mountain before.

“We met Nick this summer when we had him substitute for Jake and kind of came to really appreciate his stage presence and his vibe,” Johnston said. “He’s a real musical powerhouse. He shreds all the instruments.”

According to the band’s announcement on social media, Piccininni plays the banjo, fiddle, guitar and dobro in addition to the mandolin, and has shared the stage with established acts including the Allman Brothers, Gov’t Mule, Stephen Marley, The Del McCoury Band, Leftover Salmon and Lettuce.

Johnston said seeing how Piccininni meshed with the band when he was a substitute helped make the decision to bring him on an easy one.

The Colorado-based band has always loved playing in Missoula, Johnston said, adding it’s a live music powerhouse that manages to fly under the radar.

“The musical attitude of the town feels very familiar to us and very provocative. It’s a place where a lot of crazy stuff can happen,” he said.

And in a city with an affinity towards bluegrass, the band knows not to hold back.

“Missoula is one of the places where you just kind of got to get in there and really rage it and have fun,” Johnston said, adding it’s a great atmosphere for the band’s musical imagination.

Prepping for shows with a new band member takes some extra love, Johnston said, and transitioning always has its bumps in the road.

“It’s definitely intimidating because you don’t know what people expect — for fans and band members,” Johnston said. “Expectations are really difficult to manage.”

Despite that, he said he’s looking forward to having Piccininni on board and to be exploring a whole new realm of possibilities.

“You kind of get swept away in that stuff about, ‘Well, geez, what all can we do now?’” Johnston said. “I’m very excited for the change and I think it will be a really cool thing.”

Jolliff finished out the rest of the band’s 2019 dates, including their New Year’s Eve run in Colorado. Johnston said the band wishes him nothing but the best.

“He’s an amazing hang and an amazing guy, an incredible world-class talent on the mandolin,” Johnston said. “We’re just very confident that he’s going to find a lot of success in the near future.”

Jolliff joined the band in 2015 with the departure of the late Jeff Austin, who passed away in June 2019. Austin, known as a pioneer of the jamgrass genre, founded Yonder Mountain with Johnston in the ‘90s. Austin left the group in 2015 and had been actively touring with his outfit, the Jeff Austin Band, until his death.

In November, a tribute concert was held in Denver for Austin that brought together some of the biggest names in bluegrass and jamgrass music to one stage. Johnston performed along with the rest of Yonder Mountain String Band and called the tribute beautiful and moving.

“Having known Jeff since '96 and having spent a large part of my musical life with him, it definitely was an amazing time,” he said. “Friends of ours from way back when showed up from around the world. It was a really amazing experience for me.”

The reaction on social media to Jolliff’s departure and Piccininni’s introduction has been mostly understanding and positive and the band hopes that continues when they hit the stage with Piccininni in January.

“When the internet’s positive it’s kind of a rare thing, so we’re excited about that.”

Tickets cost $29.50 in advance and $35 day of show and can be purchased at logjampresents.com.

Socotra electronic music fest to return with R&B, hip-hop on the bill

Partygoers build house out of logs on 'Cable Creek'