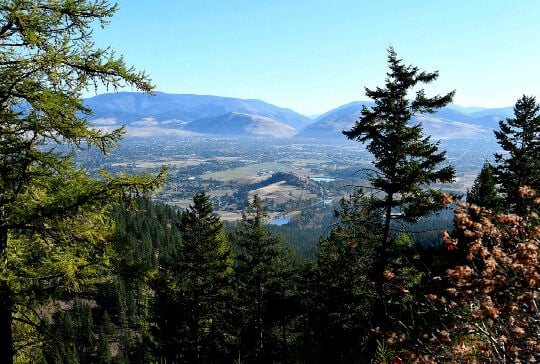 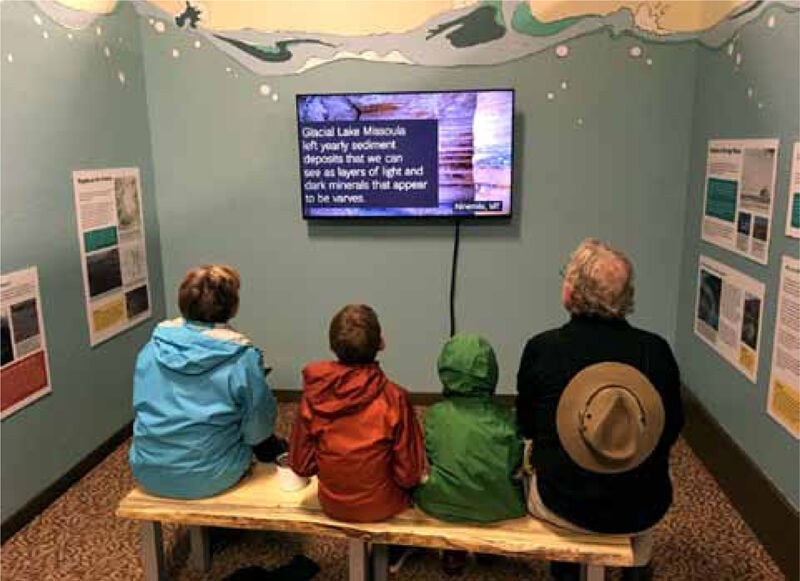 A family in the Glacial Lake Missoula exhibit at the Montana Natural History Center.

One of the interesting aspects of moving to a new community is learning its history, including the ancient geologic kind.

To me, and to many others, one of the more startling facts about Missoula is that it sits at the bottom of what was once a giant Ice Age lake.

Not just any lake, either, but a destructive force. Catastrophic floods from Glacial Lake Missoula tore across what is now Idaho, Washington and Oregon more than 12,000 years ago, transforming the landscape.

I’m a native of eastern Washington and went to high school in Coulee Dam. I grew up wondering with amazement at the sheer elemental forces that carved the grand coulee, the surrounding scablands and the bed of the Columbia River.

Dry Falls was scoured by a waterfall seven times the size of Niagara. The floodwaters ran with a force equal to 60 times that of the present-day Amazon River. Car-sized boulders embedded in ice floated 500 miles toward the Pacific Ocean and are still visible, dumped in the oddest of places.

The lake was formed by the Cordilleran Ice Sheet, which formed an ice dam more than 2,000 feet tall, blocking the Clark Fork River downstream of what is now Missoula. Over the course of a millennia the lake — the size of lakes Erie and Ontario combined, also covering many of the surrounding valleys of western Montana — periodically broke through the ice dam, filling and emptying more than 50 times.

Don Hyndman, professor emeritus of geosciences at the University of Montana, says the visual evidence is all around us, if you know where to look.

There are also the roadcuts just east of the Interstate 90 bridge across the Clark Fork at Ninemile, west of Missoula, where you can see layers of sediments deposited by the floods. And the giant ripples in the valley floor of Camas Prairie, west of Flathead Lake northwest of Missoula.

Hyndman co-authored a book with Robert C. Thomas called “Roadside Geology of Montana,” the second edition of which was published last year. It’s packed with photos, maps and graphics of how landscapes across the state were formed, making it a useful travel accessory for your vehicle.

Another good resource is the book “Glacial Lake Missoula and its Humongous Floods,” by former UM geology professor David Alt, who studied the subject from the 1960s until his death in 2015. It’s written for non-scientists, and asks and answers many questions an inquiring mind would like to know.

Both guides are available at local bookstores.

The Montana Natural History Center at 120 Hickory Street in Missoula has a permanent exhibit, including a video overview, dedicated to the glacial lake. It’s open by appointment Wednesdays and Sundays due to the pandemic, but the staff hopes to reopen in full sometime this summer. Call 406-327-0405 or go to montananaturalist.org for hours and more information.

There’s also a local group called the Glacial Lake Missoula chapter of the Ice Age Floods Institute. They host occasional “Cabin Fever” lectures on the floods — Hyndman was a recent speaker. They also organize annual field trips open to the public. They have a Facebook page (@GlacialLakeMissoula) and a new, improved website at glaciallakemissoula.org.

Jim Van Nostrand is executive editor of the Missoulian. Reach him at jimvan@missoulian.com.